WASHINGTON — Earlier this month, when Senator Bernie Sanders said he would not challenge President Biden in 2024, Mr. Biden was so relieved he invited his former rival to dinner at the White House the next night.

Mr. Biden has been eager for signs of loyalty — and they have been few and far between. Facing intensifying skepticism about his capacity to run for re-election when he will be nearly 82, the president and his top aides have been stung by the questions about his plans, irritated at what they see as a lack of respect from their party and the press, and determined to tamp down suggestions that he’s effectively a lame duck a year and a half into his administration.

Mr. Biden isn’t just intending to run, his aides argue, but he’s also laying the groundwork by building resources at the Democratic National Committee, restocking his operation in battleground states and looking to use his influence to shape the nomination process in his favor.

This account of Mr. Biden’s preparation for re-election and his building frustration with his party’s doubt is based on interviews with numerous people who talk regularly to the president. Most spoke on the condition of anonymity to discuss private conversations. But several said the president and his inner circle were confounded by Democrats’ discussions about a Plan B when the one person who has defeated Donald J. Trump has made clear he intends to run again.

Mr. Biden has told advisers he sees a replay of the early days of his 2020 primary bid, when some Democrats dismissed him as too old or too moderate to win the nomination. He blames the same doubters for the current round of questioning.

Those skeptics grew louder over the weekend, after the Supreme Court overturned Roe v. Wade, when Mr. Biden restated his opposition to expanding the ranks of the high court, the left’s preferred solution to the court’s current conservative tilt. The remarks angered critics who argue that the president, who has never been comfortable elevating abortion rights and positions himself as a consensus builder, doesn’t have the temperament for partisan combat.

“Too many people in our party look at the glass as half-empty as opposed to the glass as half-full,” said former Representative Cedric Richmond, whom Mr. Biden dispatched from the White House to shore up the Democratic National Committee. Accusing other Democrats of “putting too much into these polling numbers,” an allusion to Mr. Biden’s standing below 40 percent in some surveys, Mr. Richmond said there was “a wing in our party who wanted a different candidate and I’m sure they’d love to have their candidate back in the mix again.”

However, it’s hardly just the president’s progressive detractors who are nervous about soaring inflation, uneasy about Mr. Biden running again, and not convinced he even should.

Senator Joe Manchin III of West Virginia, who some wealthy donors are hoping will consider a third-party presidential bid, declined to say whether he would consider such a run or if he planned to back Mr. Biden. “We’re just trying to do our daily thing, brother,” Mr. Manchin said. “Trying to do what we got to do that’s good for the country.”

Other interviews with Democratic lawmakers yield grave doubts about whether Mr. Biden ought to lead the party again with some concluding he should but only because there’s no clearly viable alternative.

“I have been surprised at the number of people who are openly expressing concerns about 2024 and whether or not Biden should run,” said Representative Adam Smith of Washington, the chairman of the House Armed Services Committee, recounting a recent dinner of Democrats in the capital where several speculated about who could succeed the president.

More worrisome for Mr. Biden, some ambitious Democrats have found that calling for the president to retire is a sure way to win attention. Former Representative Joe Cunningham of South Carolina, who’s hoping to unseat Gov. Henry McMaster, 75, said the president should cede the nomination “to a new generation of leadership,” as he put it on CNN last week.

In some respects, Mr. Biden invited this moment. Running in the 2020 primary, the president presented himself as “a bridge, not as anything else” as he sought to rally skeptical Democrats to his candidacy. Consumed with ejecting Mr. Trump from office, the party’s voters answered that call but thought little of the implications of having an octogenarian in the Oval Office four years on.

Now, over half of Democrats say they don’t want Mr. Biden to run again or aren’t sure he should, according to recent surveys.

Mr. Biden’s top advisers reject the idea that an open primary would deliver Democrats a stronger standard-bearer. They fear his retirement would set off a sprint to the left. What’s more, while Vice President Kamala Harris would most likely garner substantial support, she’s unlikely to clear the field, leading to a messy race that could widen the party’s divisions on issues of race, gender and ideology.

Mr. Biden has told aides he is determined to run again, although he has also noted he will take his family’s advice into account. Mr. Biden’s advisers recognize the political risk of being perceived as a one-term president and are intent on signaling that he intends to run for re-election.

The president has made clear he wants a primary calendar that better reflects the party’s racial diversity, all but assuring the demise of first-in-the-nation status for the Iowa, which was hostile to Mr. Biden in his last two presidential bids. Senior Democrats are considering moving up Michigan, a critical general election state where the president has a number of allies in labor and elected office.

The Democratic National Committee has been quietly preparing for the president’s re-election by pouring money and staff into eight battleground states that happen to have important midterm elections, an effort that began in the spring of last year. Mr. Biden has also accelerated his fund-raising, holding a pair of events for the committee in June that brought in $5 million, while also spending more time on Zoom sessions courting individual contributors.

The president has moved to consolidate his hold on the D.N.C., and not just by sending Mr. Richmond to the committee. Mr. Biden has also shifted both his social media assets and his lucrative fund-raising list to the party, which has made the committee largely reliant on those channels for their contributions.

Even more subtly, Mr. Biden has made personnel moves that indicate he’s at least preparing to run, most notably summoning Anita Dunn, a longtime adviser, back to the White House from her public affairs firm. Ms. Dunn, who helped revive the president’s moribund primary campaign in 2020; Jennifer O’Malley Dillon, Mr. Biden’s top political aide; and senior adviser Mike Donilon are expected to help guide the re-election, though notably there has been no decision yet on who will formally manage the re-election outside the White House.

What Mr. Biden will not do, aides say, is quiet the critics by filing his paperwork to run in 2024 before this year’s midterm elections, a step being considered by Mr. Trump. Mr. Biden’s advisers feel the move would suggest panic and create a significant fund-raising burden two years before the campaign. Should the midterms go poorly, however, the president may feel pressure to formalize his intentions sooner than what they see as the modern standard — former President Barack Obama’s April 2011 declaration.

For now, the president is relying on personal diplomacy, as he did with Mr. Sanders, the Vermont independent, and the power of the presidency, to ward off would-be competitors.

Even before Gov. J.B. Pritzker of Illinois arrived recently in New Hampshire, a traditional early voting state, Biden officials said that the governor’s office had given them a heads up about the eyebrow-raising travel and reassured them that the governor had no plan to mount a primary challenge against the president. The message was appreciated, a Biden official said, noting that Mr. Pritzker has been lobbying to get the Democrats’ 2024 convention to Chicago. Mr. Biden will make that decision later this year.

White House aides have noticed Gov. Gavin Newsom’s repeated denunciations of his party leadership for not more robustly confronting Republicans. They dismissed the California governor’s critiques as those of a politician feeling his oats after easily thwarting a recall and said Mr. Newsom was in frequent contact with the West Wing. And one Biden adviser noted that Mr. Newsom feels enough affection for Mr. Biden to have posted pictures of his children with the president on social media during Mr. Biden’s trip to California last week.

As for Hillary Clinton, few Biden advisers think she will mount a challenge against him, though her recent Financial Times interview made it clear she’s eager to have her voice in the political conversation. Mrs. Clinton has made little secret of her frustration that she has not been consulted more by Mr. Biden. But White House aides believe they can direct Mrs. Clinton’s energy toward assisting with the public response to the Supreme Court’s decision to overturn Roe.

When pressed about why Mr. Biden is so intent on running again, the president’s defenders point out he did what Mrs. Clinton did not, defeat Mr. Trump.

But Mr. Biden’s age — at 79, he is the oldest president in American history — has fueled skepticism those presidents didn’t face.

“Trump is a senior citizen, too,” shoots back Fletcher Smith, a former South Carolina legislator, reprising a line White House officials use, as well.

Democrats remain so alarmed by the threat that Mr. Trump, 76, represents that Mr. Biden’s aides argue they will be insulated from a primary because such a race will be perceived as effectively aiding the former president, a life-or-death question for American democracy.

For the most part, senior Democrats would rather avoid the question for now.

Asked if he expected Mr. Biden to run again, Senator Chuck Schumer, the Democratic leader, said: “If he runs, I’m for him.” Pressed if he thought Mr. Biden would do so, Mr. Schumer repeated the same line.

One outside ally of the president and a regular White House visitor, the National Urban League president Marc Morial, played down questions about the president’s age, saying that “he still has the old Joe Biden fire.”

But Mr. Morial urged the president not to dwell on the criticism. “I think sometimes if you overreact to it you give it air,” he said. 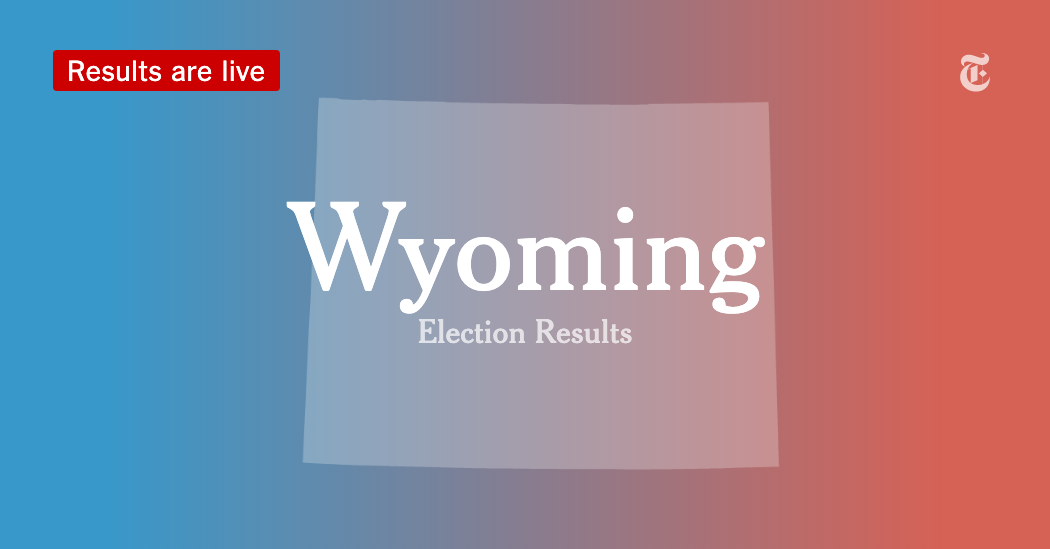