WASHINGTON — The Education Department announced Friday that it would continue a moratorium on federal student loan payments through Jan. 31, 2022, extending emergency relief for millions of borrowers that had been set to expire next month.

The department said that this would be the “final extension” of the pause, which the Trump administration instituted in March 2020 at the outset of the coronavirus pandemic, and that the additional time would allow the agency to transition borrowers back into repayment and reduce the risk of default and delinquency.

“The payment pause has been a lifeline that allowed millions of Americans to focus on their families, health and finances instead of student loans during the national emergency,” Education Secretary Miguel Cardona said in a statement. “As our nation’s economy continues to recover from a deep hole, this final extension will give students and borrowers the time they need” to plan to resume payments.

Several Democratic leaders in Congress had pressed the Biden administration over the summer to continue the student loan pause, saying that the fast-approaching expiration was ill-timed considering that millions were still suffering financial hardship from the pandemic.

“Since the beginning of the Covid-19 pandemic, millions of Americans have struggled to keep a roof over their heads, pay bills and put food on the table,” the heads of the Senate and House Education Committees, Senator Patty Murray of Washington and Representative Bobby Scott of Virginia, wrote in a June letter. “While the economy has begun to show promising signs of recovery, more than nine million Americans remain out of work, and the economic and health disparities created by the pandemic are severe.”

They also wrote that the pause had helped borrowers “cover essential expenses during the pandemic and during ongoing recovery efforts.”

Notably, the Education Department emphasized that January 2022 was a “definitive end date,” as the Biden administration faces mounting pressure from Democrats to erase up to $50,000 in federal student loan debt.

In a joint statement, Senator Chuck Schumer of New York, the majority leader, Senator Elizabeth Warren of Massachusetts and Representative Ayanna Pressley of Massachusetts — all Democrats who have urged President Biden to cancel student loan debt by executive order — said the pause “provided an enormous relief to millions of borrowers facing a disastrous financial cliff” but didn’t go far enough.

“Our broken student loan system continues to exacerbate racial wealth gaps and hold back our entire economy,” the statement said. “Student debt cancellation is one of the most significant actions that President Biden can take right now to build a more just economy and address racial inequity. We look forward to hearing the administration’s next steps to address the student debt crisis.” 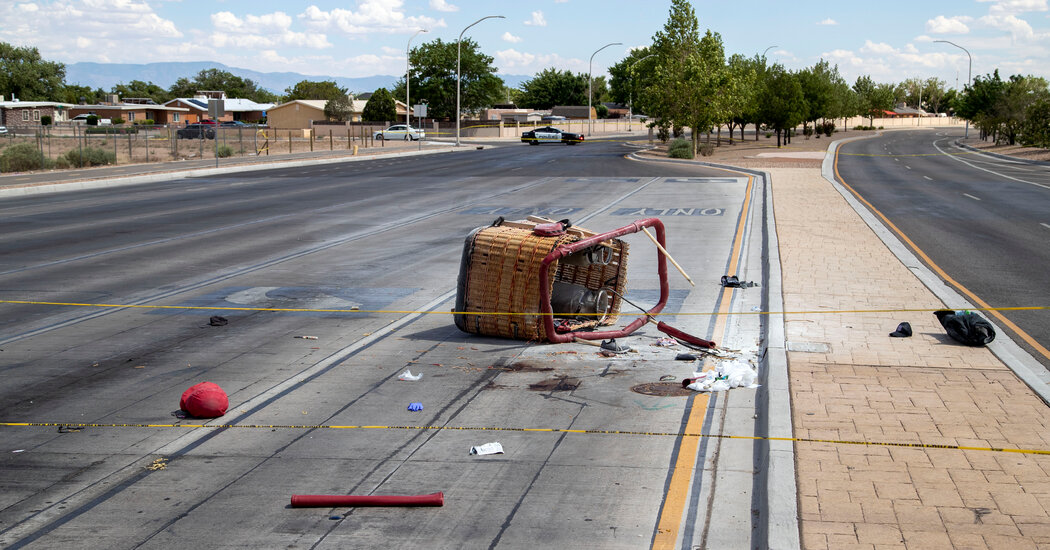 Pilot in Balloon Crash That Killed 5 Had Used Cocaine and Marijuana, F.A.A. Says