Prime Minister Liz Truss is seeking to rally MPs around her her tax-cutting policies following political infighting and market turmoil.

LONDON — British Prime Minister Liz Truss insisted Wednesday that cutting taxes was “the right thing to do morally and economically,” doubling down on a series of debt-funded economic reforms that have sparked in-party fighting and market turmoil.

Speaking at the Conservative Party Conference, Truss said she was determined to “level up our country in a Conservative way” in an effort to unite MPs around her tax-cutting plans and shore up her dwindling authority.

“Cutting taxes is the right thing to do morally and economically,” Truss said, adding that the Conservative party “will always be the party of low taxes.”

“Cutting taxes helps up face the global economic crisis, putting up a sign that Britain is open for business,” she said.

“For too long, our economy hasn’t grown as strongly as it should have done,” she continued. “We must level up our country in a Conservative way.”

“We will keep an iron grip on the country’s finances,” she said, in an apparent nod to her political idol, Margaret Thatcher, otherwise known as the Iron Lady. “I have three priorities for our economy: growth, growth and growth.”

The four-day conference, hosted in Birmingham, England, has been beset by cabinet infighting and animosity as long-time Tory lawmakers have spoken out against newly-installed Truss’s “growth-focused” economic policies.

The latest rebellion has centered on Truss’ resistance to raising welfare benefits in line with inflation — currently running around 9.9% in the U.K. — reneging on a promise laid out by her predecessor Boris Johnson.

Instead, she reportedly plans to increase support in line with average earnings growth, which, including bonuses, was around 5.5%, according to the latest figures.

Truss has said the proposals would save billions of pounds for the government while “helping more people into work.” But fellow party members, including rightwing supporters, have cautioned the PM against cutting the incomes of Britain’s poorest as the country faces its worst cost-of-living crisis in a generation.

The leader of the House of Commons, Penny Mordaunt, who ran against Truss during this summer’s Tory leadership contest, said Tuesday that she supported benefits “keeping pace with inflation,” joining a chorus of MPs who have warned that cuts could spur a party rebellion.

Indeed, some Tories have warned that the prime minister — less than a month into the job — is now fighting for her survival amid plunging poll ratings.

Grant Shapps, former transport secretary, said Tuesday that it was possible the Conservatives could change leader again if Truss “does badly.”

The prime minister’s speech was disrupted by shouts from environmental protesters, who were escorted from the audience after Truss requested: “Let’s get them removed.”

It follows controversy over the announcement last month of a string of debt-funded tax cuts — estimated to total £43 billion ($49 billion) — which critics say disproportionately benefit the wealthy and businesses.

Truss has argued the cuts will spur growth at the top end of the economy, with knock-on effects across society.

Amid the backlash, the government on Monday was forced to abandon its plan to abolish the 45% top rate of income tax, in an effort to quell financial markets after the proposals unleashed chaos on U.K. assets.

Britain’s Prime Minister Liz Truss has admitted she should have laid the groundwork better for recent “growth-focused” tax cuts that roiled financial markets.

Announcing the decision in a tweet, Finance Minister Kwasi Kwarteng said “we get it, and we have listened,” adding that the plans had become a “distraction” following rising backlash from both sides of the political aisle.

The tax cuts — one of several supply side reforms introduced in a Sept. 23 “mini budget” — sparked turmoil in financial markets, causing the British pound to hit a record low of $1.0382 and U.K. 10-year government bond yields to soar as high as 4.6%.

As a result, the Bank of England was forced to step in with a £65 billion bond-buying plan to support U.K. pension funds. 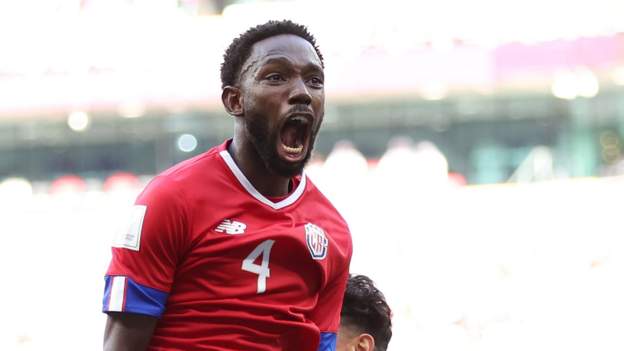