Dame Deborah James was an “inspirational and unfalteringly brave woman whose legacy will live on”, the Duke and Duchess of Cambridge have said.

Paying tribute to the podcast host and cancer campaigner following her death at the age of 40, William and Kate said the news was “heart-breaking” and their “thoughts are with her children, her family and her loved ones”.

The duke visited Ms James at her parents’ home in May to make her a dame in recognition of her fundraising.

He and Kate tweeted: “We are so sad to hear the heart-breaking news about Dame Deborah.

“Our thoughts are with her children, her family and her loved ones.

“Deborah was an inspirational and unfalteringly brave woman whose legacy will live on. W & C.”

‘Check your poo – it could save your life’: Dame Deborah’s final message

In a statement posted on Instagram, Dame Deborah’s family said she had passed away peacefully surrounded by her loved ones.

She was “an inspiration” and “her determination to raise money and awareness was inspiring”, they said.

The driving force behind the BBC podcast You, Me and The Big C, Dame Deborah broke the news to followers last month that she had moved into end-of-life hospice care at home.

The 40-year-old told them: “I am not brave – I am not dignified going towards my death – I am simply a scared girl who is doing something she has no choice in but I know I am grateful for the life that I have had.”

Within 24 hours of breaking the news, Dame Deborah’s fans, as well as people across the world who had been inspired by her moving and candid stories about dealing with bowel cancer, had raised more than £1.6m for research into the disease.

She said she had been “blown away” by the reaction and the Bowelbabe Fund now stands at almost £7m.

Dame Deborah later revealed she had finished her second book as she continued to campaign and inspire people.

After announcing that she was receiving end-of-life care, Dame Deborah continued to provide honest updates on her condition on social media.

On Instagram, she revealed she was “less and less able to leave the house, or bed” and felt “down”, but still continued to make memories with her loved ones.

‘Thank you for being so strong’

Following the announcement of her death, tributes poured in for Dame Deborah.

Her mother Heather, whose handle on Instagram is Bowelgran, shared a series of photos of her daughter and wrote: “My heart is broken. Love you forever.”

Adele Roberts, a presenter at BBC Radio 1 who this week announced that she is cancer-free, shared a picture of Dame Deborah on social media with the caption: “My heart hurts. Thank you for everything Deborah.

“Thank you for being so strong for so long and helping others when you were in so much pain yourself. You are the best of us.

“Thinking of your family and friends and I am forever grateful to you for helping me and my family.”

Prime Minister Boris Johnson said: “I’m terribly saddened to hear that Dame Deborah James has died. What an inspiration she was to so many.

“The awareness she brought to bowel cancer and the research her campaigning has funded will be her enduring legacy.

“Because of her, many many lives will be saved.” 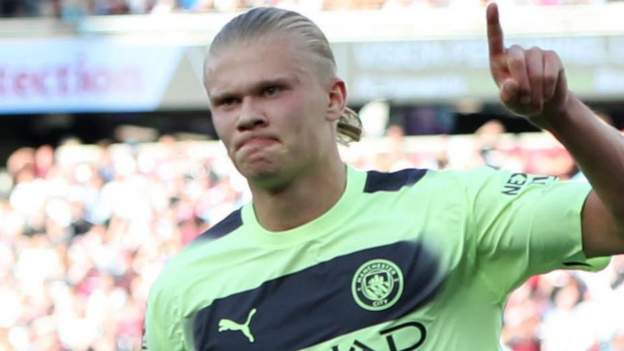