Thomas Tuchel says Chelsea “trust themselves” to perform against Real Madrid after beating West Ham to strengthen their grip on the top four.

“It’s clearly something very special,” said Tuchel about the Real match after victory at London Stadium.

“They’re the biggest club in the last 10 years of the Champions League. To arrive with the confidence and the trust in ourselves that we can perform in these matches is a good feeling.”

In a tightly-fought contest against West Ham, Werner, who has struggled to make a significant impact since joining for £47m last summer, started and finished the move that sealed the points.

West Ham struggled to create chances and finished the game with 10 men after Fabian Balbuena was shown a straight red card in the 81st minute after catching Chilwell’s leg with his follow through while making a clearance.

Referee Chris Kavanagh watched a replay on the pitchside monitor before dismissing the Paraguay defender for serious foul play.

The Hammers remain fifth in the table, three points behind Chelsea, after Liverpool’s failure to beat Newcastle earlier on Saturday.

In what was billed as a huge game in the race for the top four, West Ham were hoping to deliver a victory for the underdog at the end of a week when the so-called “big six” tried to break rank and join the European Super League.

David Moyes’ side have enjoyed a fine run of form to raise hopes they could secure a Champions League spot.

However, they did not register an attempt on target until after half-time as Chelsea extended their unbeaten run away from home under Tuchel to 10 games in all competitions.

West Ham wanted a penalty when the game was goalless after Tomas Soucek’s shot struck Cesar Azpilicueta in the torso before hitting his arm, while Werner missed a glorious chance to double the lead after Mason Mount’s shot was parried into his path.

Perfect start to a big week

This was the perfect start to a testing week for Tuchel’s men as they opened up a three-point cushion between fourth and fifth spot in the table.

Having gone from the high of beating Manchester City to book an FA Cup final appearance, they were held by lowly Brighton as their fans made their feelings clear outside Stamford Bridge about Chelsea’s planned participation in the European Super League.

They put that flat performance behind them, Chelsea doing enough to secure the points against West Ham before Tuesday’s huge Champions League game.

Werner has had his critics but he produced a big shift which he capped with a smart finish and has now been directly involved in more goals than any other Blues player in all competitions this season (11 goals, 9 assists).

Even before his goal he was lively although he was fortunate his second-half miss, when Lukasz Fabianski palmed Mount’s attempt straight to him, did not prove costly in the end.

Chelsea were ninth in the table when Tuchel took charge in January but the FA Cup finalists now have a clear advantage in the race to finish in the top four.

Their success under the German boss has been based on strong defensive foundations and this was their 10th top-flight clean sheet in 14 games since Tuchel arrived.

West Ham’s charge for a place at the top table of Europe’s most prestigious club competition has been one of the feel-good stories of the Premier League season.

With five matches to go, including games with struggling Southampton, Burnley, Brighton and West Brom, they will not give up the chase easily.

This was a chance to deliver a significant blow to one of their rivals but Moyes’ side came up short, although their cause was not helped by the controversial decision to send Balbuena off.

It was checked by VAR before the referee was urged to see the replay himself, the whole episode lasting a couple of minutes before Balbuena was finally dismissed.

After Craig Dawson was sent off at Newcastle last week, West Ham have had a player dismissed in consecutive Premier League games for the first time since August 2015.

The Hammers have played some delightful football this season and Jesse Lingard has been in exceptional form.

They managed just two attempts on target against the second meanest defence in the league, Lingard going close to equalising with a dipping shot which fell just wide of Edouard Mendy’s post.

Despite defeat, the Hammers, who were once again without Declan Rice, Michail Antonio and Arthur Masuaku, will go into the final month of the season with a real chance of securing a place in Europe.

After last season’s brush with relegation, that is a remarkable achievement.

Where is he meant to put his foot? What I would say about this is Chris Kavanagh, the on-field referee, he’s got to get that right. Then Peter Bankes tells him he should go to the screen and have a look at it. He should say ‘no, I’m not having that, I’m not accepting that it is a red card Peter Bankes. Forget it.’ It’s never ever a red card.

‘We want Europe’ – what they said

West Ham boss David Moyes: “We’re ahead of where we want to be. Because we are I want to get there now and get some form of European football.

“We fell a little bit short of what we had at our disposal.”

Chelsea boss Thomas Tuchel on Timo Werner’s goal: “He needs to keep on scoring and catch the moment.

“He’s often involved in the goals. But nothing helps more than a decisive goal. He was very strong from the start, he was involved in many chances.

“He could have had a second, for sure. But it was a good performance and I’m happy. It was a big win. It’s very significant because it’s so difficult to win here.”

While West Ham have more than a week to prepare for their next league game at Burnley on 3 May (20:15 BST), Chelsea face Real Madrid in Spain’s capital on Tuesday in the Champions League semi-final first leg (20:00 BST). 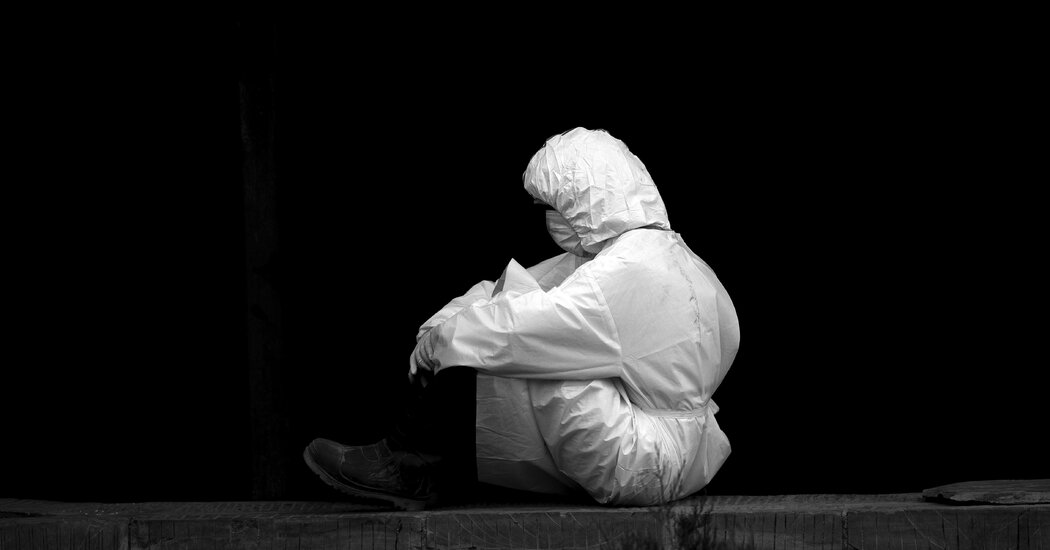 Experts Call for Sweeping Reforms to Prevent the Next Pandemic

Trust in Canadian political leaders has cratered during the pandemic, poll finds — except in Quebec
4 mins ago

Trust in Canadian political leaders has cratered during the pandemic, poll finds — except in Quebec