This is the terrifying moment a tractor ploughs over a car whose driver somehow survived with only minor injuries.

The shocking collision happened just outside RAF Mildenhall in Suffolk, where the tractor was filmed on CCTV driving down the busy road.

Footage shows it narrowly avoiding the first oncoming car, swerving out of the way just in time, but seconds later it veers across the lane towards a silver saloon.

The car slams on its brakes and comes to a halt, but the tractor drives right over it, completely crushing the roof before tipping onto its side.

Paramedics and police rushed to the A1101 just after midday on Saturday, but miraculously confirmed everyone involved was ‘conscious and breathing’.

A spokesman told The Sun: ‘We can confirm that on September 24 at approximately 12.08pm local standard time a tractor collided with a car that was driven by an Airman stationed at RAF Mildenhall, United Kingdom.

‘The member is okay and had no major injuries.

‘After a medical review and care from the Airmen’s leadership, the Airman returned to work on Monday, September 26.’

According to Suffolk police, an 18-year-old man was arrested on suspicion of driving under the influence of drugs.

The road was closed briefly to allow emergency crews clean up the mess left behind.

It comes after a three-year-old boy died after being hit by a tractor on a farm in Bury in July.

Emergency services rushed to the scene but the boy died before he could be taken to hospital. 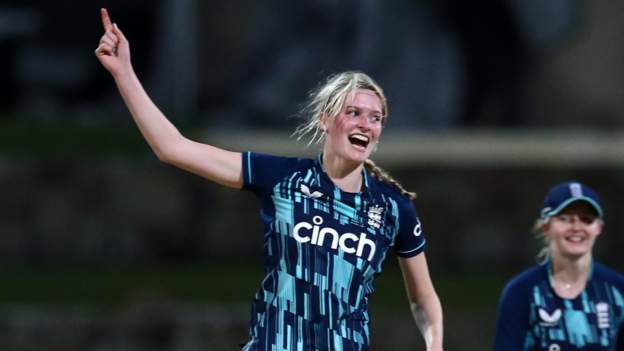