Spiked editor Tom Slater described the province remaining in the EU Single Market for goods, and trade between Northern Ireland and Great Britain still subject to the bloc’s controls as an “outrageous state of affairs”. It comes as tensions continue to mount after the Government announced plans to introduce legislation which would see parts of the post-Brexit trading arrangement axed.

Mr Slater said: “Brexit was about sovereignty and democracy. It was about taking back control.

“The United Kingdom took a vote and a majority backed Leave. The cost of following through on that mandate cannot be a portion of UK territory being hived off and kept under Brussels’ rule.

“No other nation would accept this.”

In his op-ed, Mr Slater accused commentators of seeming neither bothered by “this corrosion of UK sovereignty” nor of the fact citizens of Northern Ireland are subject to EU rules they now have “no control over”.

The Remainer backing media in Britain is accused of nothing more than posturing against the Government with pundits pointing out Prime Minister Boris Johnson signed the Northern Ireland Protocol trade agreement and that this is an inevitable result of Brexit.

Mr Slater wrote: “If anything, the protocol was the inevitable consequence of the EU’s attempt to frustrate Brexit.”

He added Mr Johnson is not blameless, having called his Brexit deal “oven ready” and giving ground on Northern Ireland to get at least Great Britain out of the EU’s “clutches”.

Lord Frost had inherited a “dreadful hand” from Mrs May and No Deal had been taken off the table by a “revolting Remainer Parliament”.

The delegation, led by senior Democrat Richard Neal, is visiting Ireland and Northern Ireland this week after meetings in Brussels and London.

Mr Kildee told RTE Morning Ireland: “It’s important, and we stress this, that the [British Government] negotiate and that they not take unilateral action.

“The only way we can come to agreement, the only way we protect the incredible progress that’s represented with the Good Friday Agreement, is face-to-face negotiation.

“It is disappointing to see unilateral action being considered.”

However, DUP Economy Minister Gordon Lyons said his party would stress the difficulties the protocol is causing during meetings with the delegation.

“It is causing economic difficulty, it is causing societal problems and it is very clearly causing divergence of trade, and of course it is causing political instabilities.

“So we need to get that message across that the protocol is not protecting the Good Friday Agreement and that is why we need this issue dealt with quickly.”

The protocol itself was created to avoid the return of checkpoints along Northern Ireland’s border with the Republic of Ireland.

After negotiations it was agreed that new Brexit regulatory and customs processes would be placed along the Irish Sea.

London and Brussels agreed to this as part of the final Brexit negotiations.

Since it was brought in in early 2021, the EU and UK agree that the protocol does not work as smoothly as it should.

Both sides engaged in further negotiations but have reached a stalemate. 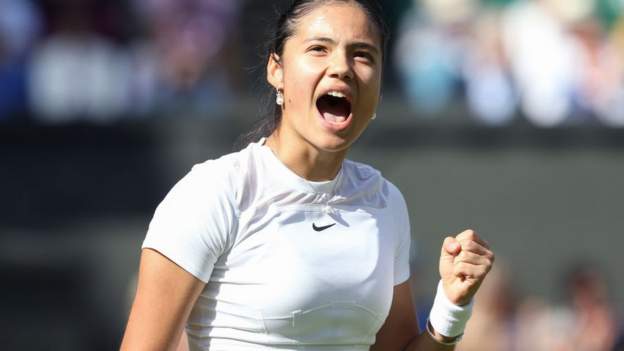