At around 14:00 BST on Thursday, 6 October the news begins to trickle through – Chris Eubank Jr v Conor Benn on Saturday night has been called off.

It is a decision that many gathered in the hotel lobby in the Canary Riverside Plaza Hotel have been waiting for since news broke of Benn’s failed drug test on Wednesday morning.

Benn had tested positive for a banned drug on a Voluntary Anti-Doping Association (Vada) test, or returned an “adverse analytical finding for trace amounts of a fertility drug,” as his promoters put it.

The lobby is still packed with media and undercard fighters including light heavyweight Lydon Arthur and bantamweight Shannon Courtenay.

Promoter Eddie Hearn appears suddenly and heads upstairs. Then quietly and out of sight of the press, Benn and his father Nigel make a hasty exit. Versace luggage is packed into a car.

In the same carpark, about an hour and half later, middleweight Felix Cash, who was booked to fight on the undercard, leaves. He shares a coach with Benn and he is visibly annoyed. Hearn has already left again.

Still Arthur and Courtenay are left in the lobby, unaware the entire card has been cancelled, not just the main event.

When the official announcement is made, it’s a press release at 16:06. Hearn and Eubank’s promoter Kalle Sauerland hold a news conference which lasts almost exactly four minutes.

There are no questions allowed from the media.

It brings a close to a damaging week for British boxing that could have been a lot worse, had Benn v Eubank Jr gone ahead.

In the end good sense prevailed, even if promoters Matchroom and their partners firmly pointed the finger at the British Boxing Board of Control (BBBofC).

The Board “prohibited” the fight on Wednesday “as it is not in the interests of boxing”, essentially saying they would not sanction the fight. It seems despite pressures, they stuck to their guns.

“It’s been a grim day for boxing but the right result was reached,” BBC Radio 5 Live’s Steve Bunce said.

“They’re business men so they wanted it happen,” Carl Froch added of the efforts from organisers to push ahead with the fight night.

“But the safety of the fighters is paramount in boxing, 99% of people will agree it’s the right decision.”

Vast amounts of money have been invested into Conor ‘The Destroyer’ Benn. Some estimates this week put the fight’s worth at £15m.

Benn, 26, is one of Matchroom’s most marketable stars behind Anthony Joshua. He is front and centre in DAZN’s boxing coverage in the UK.

He is the son of boxing legend Nigel and has gradually become a vicious knockout artist on the cusp of a world title shot at welterweight.

Benn’s star was so bright fans and organisers were willing to overlook a three-weight difference between him and Eubank to make the so called “mega fight” this Saturday at the O2 Arena in London.

All the attention pre-fight week was on Eubank, 33, and his drop down from middleweight to 157lbs – a weight he has never fought at as a professional.

But with the fight cancelled in the wake of a positive drugs test, questions are swirling about boxing’s anti-doping protocols. Benn is in the middle of that storm and now faces battle for his reputation.

‘Why is doping such a grey area?’

Internally Matchroom and broadcast partners DAZN were convinced Benn is innocent of any doping violation.

But the basis for that confidence is yet to be revealed, with both camps citing ongoing legal issues preventing them from revealing any details.

What is clear is that, sometime in September, Benn failed a drug test administered by the Vada, a third party hired by organisers to conduct further testing to what is provided by the Board’s testing partner, UK Anti-Doping.

“I want to make it clear that Conor Benn is not suspended by the British Boxing Board of Control. We do feel he hasn’t been given due process like many others in this situation before him,” Hearn said.

Vada has no power to suspend a fighter and there was no immediate provisional suspension for Benn as a result. Whether the BBBofC will act on test results administered by a third party is also unclear.

“There will be people out there thinking ‘Why is this such a grey area?’,” Froch said.

“If he’s failed the drug test, which he has done, why isn’t it clean, black and white? Is he banned? Is he going to be fined? What’s the ramifications of failing a drugs test in a sport where serious injuries happen without drug abuse?”

“I don’t think I understand it.”

Where is the B sample?

There is also the case of the B sample. It is unclear if it has been tested this week. Hearn has repeatedly referred to it since news broke, but it was not tested in the wake of the results, which according to both camps say they knew about for a “couple of weeks” before Wednesday.

Bunce revealed on BBC Radio 5 Live that the test was on or around 23 September.

“There are questions we haven’t got the answers to,” Bunce said. “What were we doing between the 23rd of September and yesterday? What were we really doing?”

The BBBofC have known about the positive tests for some time, although it is unclear when exactly they were given all the details.

The Board and its general secretary Robert Smith has not responded to multiple requests for comment by BBC Sport.

The public statements and the BBBofC’s “prohibiting” of the fight came after the story was leaked to the press.

Former world champion Billy Joe Saunders faced no repercussions from the BBBofC when he failed a Vada test in the build-up to his fight against Demetrius Andrade in 2018.

The Massachusetts State Athletic Commission denied him a boxing licence due to the test result and Saunders went on to vacate his WBO middleweight title in anticipation of being stripped.

But the English boxer tested positive for the stimulant oxilofrine, which is only banned by the UK Anti-Doping “in competition”. That means a drug is only prohibited for use on fight night and the day before.

Benn’s case is different as the fertility drug for women, clomifene, is banned at all times.

“We’re bitterly disappointed and frustrated with what’s gone on. I feel for Conor Benn because he’s telling everyone he’s innocent,” Froch said.

Benn needs to win back trust of the people – Bunce

Whether he serves a suspension or not, Benn will have to rebuild his credibility. The fight with Eubank Jr could well still go ahead, both fighters appear willing. Benn was the plucky underdog of the narrative, now he has been recast as the villain.

Benn’s backers are confident his name will be cleared and even fighters who have served doping suspensions face little long-term backlash.

While the backlash at the time was intense, the suspensions did not derail their careers financially or otherwise.

Alvarez continues to be the biggest star in boxing, fronting 10 pay-per-views since serving a six-month suspension in 2018, earning millions of pounds in the process.

The back-dated two-year doping suspension Fury accepted in 2015 is rarely mentioned today as ‘the Gypsy King’ has firmly established himself as the world’s best heavyweight.

Benn says his first concern now is to prove his innocence.

“I am still completely shocked and surprised by this and it has been a tough couple of days,” he said.

“My team and I will consider the next options including rescheduling the fight, but my immediate focus is on clearing my name because I am a clean athlete.”

Hearn feels his fighter has been hung out to dry this week. Bunce feels Benn’s best course of action now is complete honesty.

“It’s going to take some truths, some honesty and some soul searching for Conor to get back the trust of the people,” Bunce said. 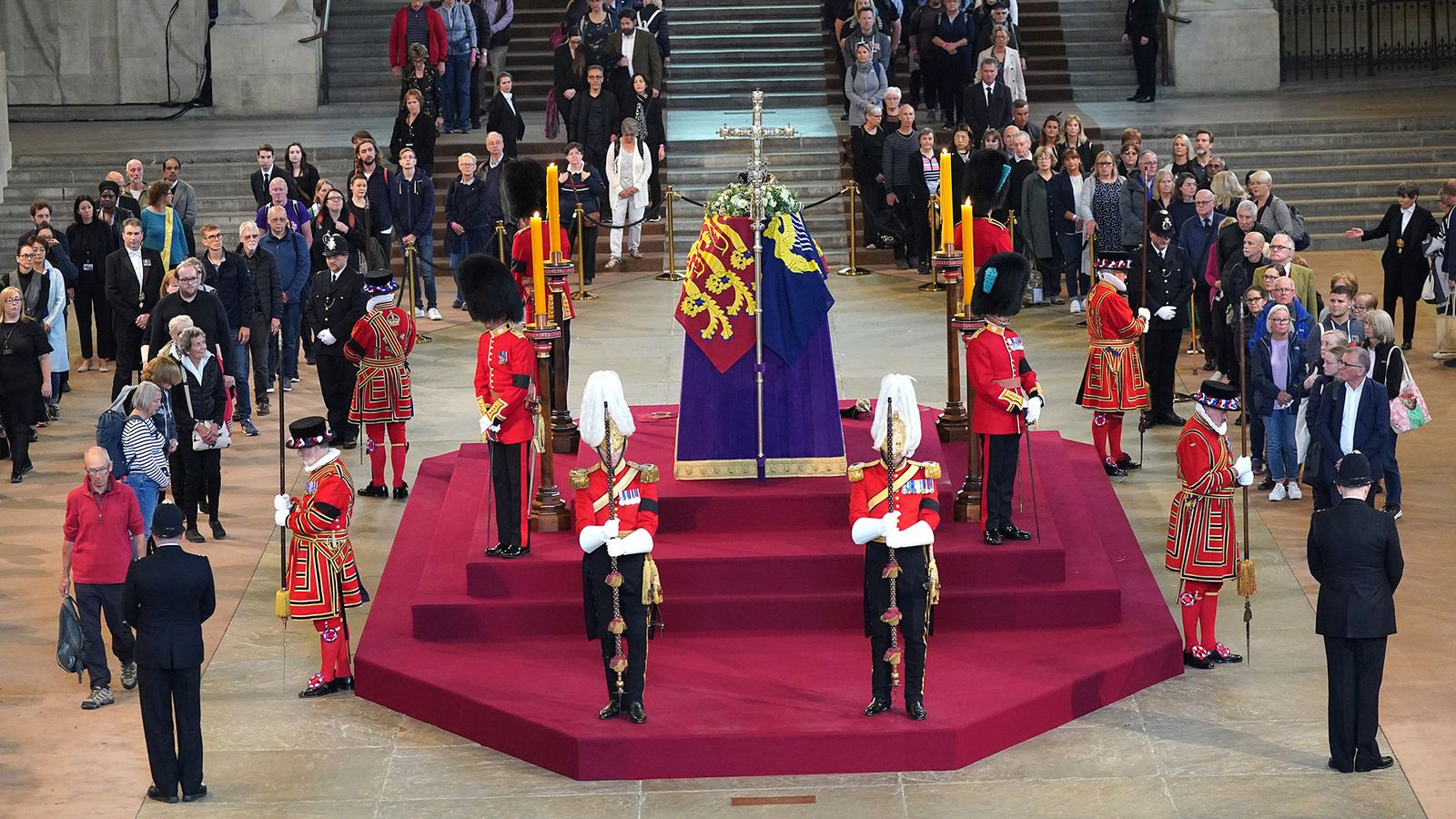