Due to the strict Covid restrictions at the time, Kirsty Naylor spent long times alone and very weak in hospital

A courageous mum-of-three was given an earth-shattering diagnosis when she went to the doctor after spotting an unusual symptom.

Kirsty Naylor, 36, became concerned and booked a phone appointment with her GP after noticing her right nipple was inverted.

Aged only 34 at the time, she did not think this could have been cancer when she arranged the call in September 2020. But her world came crashing down when she received the shock news from Royal Bolton Hospital that she had breast cancer after two tumours were found in a scan.

Kirsty had to have her right breast removed and says she spent Christmas 2020 in fear for her future. She began chemotherapy treatment in February 2021 but initially reacted badly to this and developed neutropenic sepsis, report Manchester Evening News.

And due to the strict Covid restrictions at the time, the mother spent long times alone and very weak in hospital, with her partner, 46-year-old Dale Young, rallying to look after their three girls, Ella, 16, Evie, 6, and Eila, 4.

Kirsty’s mum also had to move into the family home as she spent so much time in hospital.

Despite finishing chemo around 12 months ago, Kirsty’s journey did not stop there as she faces radiotherapy in July and is still sometimes left unable to walk due to the chemotherapy.

On top of this, Kirsty, from Bolton, will need an annual mammogram plus will take the drug tamoxifen for the next decade, and will receive an implant every four weeks to stop an early menopause.

Due to the strict Covid restrictions at the time, Kirsty Naylor spent long times alone and very weak in hospital

Speaking about the difficult journey and how her family has been her rock, Mrs Naylor, who has now chosen to be a voice for Cancer Research UK’s Race for Life said: “When they told me I had breast cancer, I didn’t take in the news at first.

“But when I walked outside my legs turned to jelly. I couldn’t drive home and I had to get someone to come and pick me up from the hospital.

“I was in shock for some time. I felt sheer panic at telling my family the news. It was as though the whole experience was happening to someone else and not to me.

“My three girls have been absolutely fantastic. It’s been particularly challenging for my eldest. My youngest two didn’t really know what was going on. They wanted to help and look after me. But were most concerned about me losing my hair!”

Kirsty, from Bolton is now using her story to encourage as many people as possible to enter a Race for Life and fund vital cancer research.

Her story has been made into an audio recording which will be played to all participants near the start line at Cancer Research UK Race for Life events in the North West and the rest of the country. It is one of six recordings that will be played across the UK to inspire participants.

Kirsty added: “I hope my story will help connect with people in the moments before they set off on the Race for Life course. It’s a privilege to have the chance through the audio recording at Race for Life events to thank the amazing people who are fundraising to support life-saving research.”

Kirsty is also using her story to encourage as many people as possible to enter a Race for Life and fund vital cancer research.

She has banded together 14 friends to take part in a race this Wednesday (May 18) at Haigh Hall in Wigan, and has raised £400 already.

Jane Bullock, Cancer Research UK’s spokesperson in the North West, said: “We are incredibly grateful to Kirsty for her support and know that her story will make an impact on participants when played on stage at the beginning of Race for Life.

“Sadly, cancer affects all of us in some way. Whether people are living with cancer, taking part in honour of or in memory of a loved one with cancer or signing up to protect their own children’s future, everyone has a reason to Race for Life. So we’re asking people across the region: ‘Who will you Race for?’

“Our Race for Life events are open to all. For some people, the Race for Life is literally a walk in the park. Slow and steady still wins. For others, it’s a jog.

“Others may opt to push themselves harder, taking up the challenge of the 10K distance and even pushing for a new personal best time.” 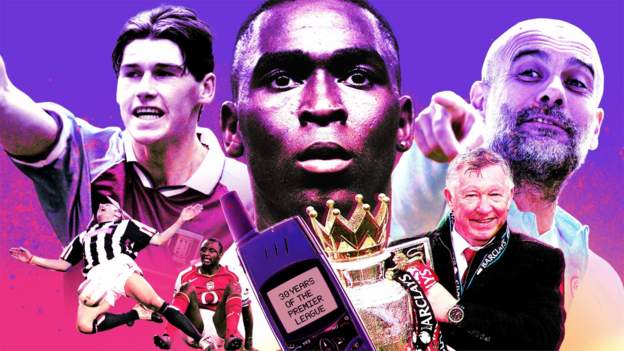 Premier League at 30 – how football has changed