A drunk mum-to-be who stabbed a man in the back was spared jail because she is due to give birth on Sunday – then celebrated with a cigarette outside court.

Angelika Struckaja, 24, flew into a rage when Mark Smith made an unwanted sexual comment towards her.

Struckaja replied “Eat my p***y” then went into her flat and armed herself with a kitchen knife.

She ran out and knifed Mr Smith in the back, causing him to be airlifted to hospital for emergency treatment.

But she walked free from Liverpool Crown Court today – celebrating with a cigarette – because of her impending baby.

Struckaja – assisted by a Lithuanian interpreter – was allowed to sit or stand in the dock because of her pregnancy.

The court heard witness Christopher Dunne lived in the same block of flats as Struckaja, on Scarisbrick Street in Southport, Merseyside.

Frances Willmott, prosecuting, said Dunne was talking to Mr Smith outside on August 22 last year when Struckaja walked past.

She then headed down the street before returning a short while later with a bag that appeared to contain cans of beer.

Ms Willmott said: “As she was going into the block of flats, Mark Smith made a comment of a sexual nature to the defendant and she responded to that.”

The court heard this exchange was based on the evidence of Mr Dunne.

Ms Willmott said: “What was said to the defendant isn’t recorded in his statement. The defendant’s response was: ‘Eat my p***y’.”

The prosecutor said Struckaja “came running out of her flat” five minutes later with a “large kitchen knife in her hand”.

Ms Willmott said: “She ran at Mark Smith, who was sat on a wall. She stabbed towards his stomach, but he managed to dodge the knife and got off the wall.

“The defendant continued to swing the knife at Mark Smith, while he shouted at her, asking her what she was doing.

“She then stabbed him in the side and continued trying to attack him, causing him to throw a bag at her.

“He was shouting that he had been stabbed, then ran down the street.”

Mr Dunne, who called 999, saw Struckaja go into her flat and heard her lock the door, then saw people helping Mr Smith by holding a T-shirt to his wound.

Police arrived and took a photo on bodycam of a “small but deep puncture wound” to his back and a scratch on his stomach.

The court heard Mr Smith refused to help the police in any way, meaning there was no medical evidence.

Ms Willmott said: “Ms Struckaja was arrested and cautioned. She then said: ‘I did do that because he stole my card and my money because he come in my home drunk’.”

Prosecutors accepted Mr Smith made a sexual comment to her and said Struckaja had previously made a complaint of theft against Mr Smith, but didn’t pursue the allegation and declined to make a statement.

Police believed she was drunk and recovered a knife matching the one described by Mr Dunne from her kitchen draining board.

Struckaja, now of Salisbury Street, Southport, gave a “no comment” interview, before denying wounding with intent and possessing a bladed article.

She was set to stand trial but then pleaded guilty to the knife charge and the lesser offence of unlawful wounding, which prosecutors accepted.

Michael Peters, mitigating, said: “This is a highly regrettable incident, which plainly could have resulted in far worse injury.”

He said Struckaja had limited memory of what happened in what was a “momentary loss of control” when she had been drinking.

Mr Peters said Struckaja didn’t have any previous convictions, it was an “isolated incident” and she was “deeply remorseful”.

“The main aspect of the defendant’s personal mitigation is that she is due to be a primary carer for a dependant relative.

“Ms Struckaja is heavily pregnant and complications have arisen with the pregnancy, which has resulted in practitioners requiring the defendant to attend an appointment on Sunday for the baby to be prematurely induced.”

Referring to a pre-sentence report, Recorder Eric Lamb said: “I will not rehearse in open court the many difficulties you had in your young life, but it’s to your credit that have overcome most of those problems.”

However, the judge told her she had “more to drink than was good for you” on the day of the stabbing, when Mr Smith made a sexual comment, “something that he ought not to have done”.

Recorder Lamb said: “It obviously brought about an angry reply from you, saying: ‘Eat my p***y”.

“You say there was a history between you, that he had stolen from you before. When you were given the chance to report that to the police you chose not to follow up your complaint.

“Whatever went on between you and Mr Smith, it did not justify you going into your flat to take up the substantial knife, which was recovered from your flat.”

The judge said Struckaja “swung out” at the victim, grazing his stomach, then continued to swing the “frightening weapon” and stabbed him.

He concluded it was a “repeated assault”, but accepted Struckaja was of “positive good character”, had not offended before or since, and was remorseful.

Recorder Lamb said there was “a realistic prospect of rehabilitation” and the expectant mum had “strong personal mitigation”.

He said this included “the fact that you will need to care for your child when that child is born soon”.

Recorder Lamb said: “Immediate custody will result in significant harmful impact upon others.

“While there are arrangements in place for defendants to give birth in custody, nonetheless it would not assist your care of your child if you were in custody.”

Struckaja was sentenced to two years in prison, suspended for two years, with a 20-day Rehabilitation Activity Requirement, including attendance with the Women’s Turnaround Project.

As she left the court, the mum-to-be embraced a male supporter carrying two holdall bags, before lighting a cigarette outside.

Apple rolls out Podcasts premium subscription, channel features for all creators: Everything to know
13 seconds ago

Apple rolls out Podcasts premium subscription, channel features for all creators: Everything to know 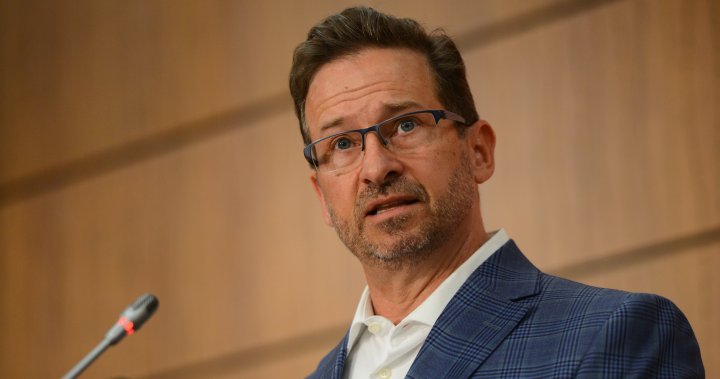 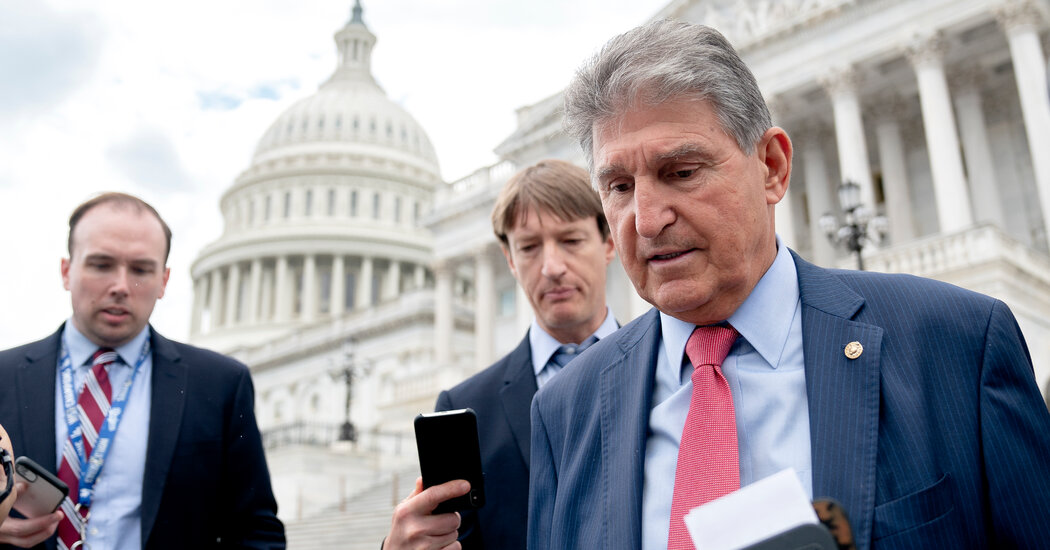 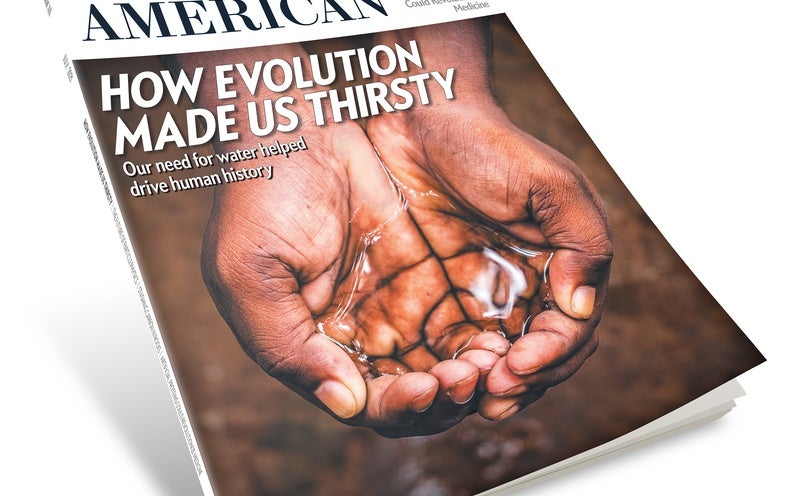 Why Humans Are So Thirsty
5 mins ago 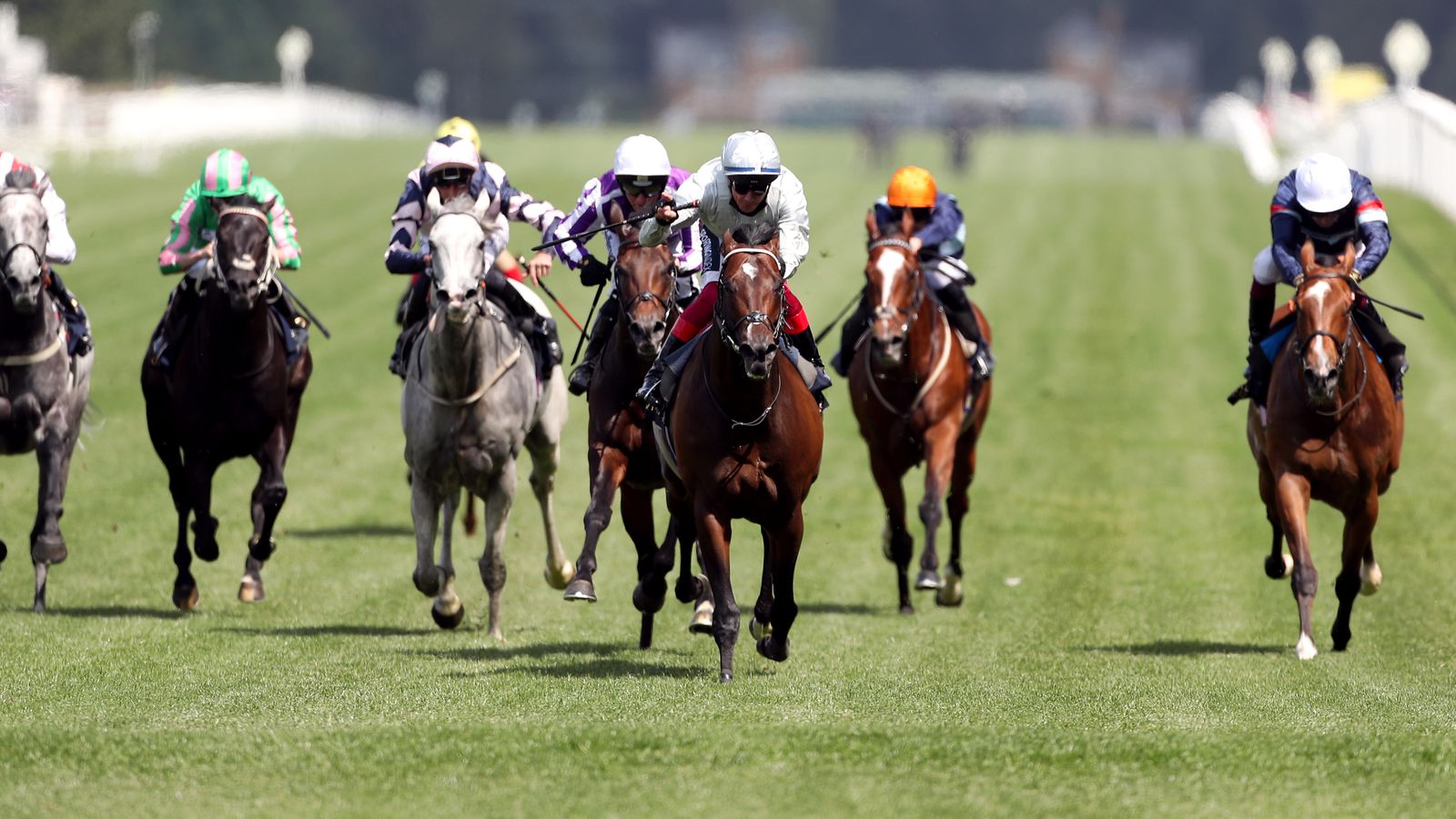