Today is Scotland’s national day – a day dedicated to all things Scottish as well as celebrating their patron saint.

It’s a national holiday in Scotland, which means a great opportunity to gather friends and family for great food and a bit of a party.

Here is everything you need to know about what St Andrew’s Day is all about.

St Andrew’s Day is on November 30th each year. This year that date falls on a Wednesday.

It is of course a holiday day meaning most people in Scotland will be getting a day off work.

What is St Andrew’s Day all about?

It is also a day to reflect on who St Andrew was and to think about how to continue his legacy.

That means looking to share what you have with others who are less fortunate, and be kind to others.

It is also a time to reflect on what being Scottish means.

Who was St Andrew?

St Andrew has been the patron saint of Scotland for well over one thousands years with people celebrating him since 1000AD.

He was only made patron saint in 1320 when Scotland declared independence with the Declaration of Arbroath.

Since then St Andrew has been honoured in many ways in Scotland including on the Scottish flag with the St Andrew Cross and the town of St Andrews, thought to be where he was buried, being named after him

The reason St Andrew became important for Scotland was because he sums up a lot of characteristics found in Scots.

St Andrew, who was a fisherman, had a humble upbringing and was known though his entire life for being generous and strong. His philosophy was to share everything he had with those less fortunate.


MORE : Scotland does not have power to hold second referendum, court rules


MORE : From Scotland and Greece to a James Bond sensory experience: These are the best sustainable stays this winter

St Andrew always took every opportunity he had to help others – and that’s why he was chosen as their patron saint. St Andrew is also the patron saint of Greece, Romania, Russia and Barbados.

He became one of Jesus’s disciples and one of the Twelve Apostles. He was also the brother of St Peter, who founded the Catholic church, so the Scots were able to petition the Pope in 1320 for protection against English kings’ attempts to take over Scotland.

St Andrew died on an X-shaped cross in Greece, now known as the Saltire or the St Andrew’s Cross. It is believed that after his death his remains were moved to Constantinople hundreds of years later.

His remains were moved again in the 13th Century to Amalfi in Italy. Most of St Andrew is still there today but bits of him have been moved over the years to Scotland.

These include his tooth, kneecap, arm and finger bones, which have been in Scotland now since the 16th Century. While his shoulder blade was gifted by the Archbishop of Amalfi in 1879 and Pope Paul VI gave Scotland more bits in 1969.

Legend has it that St Andrew’s first bits ended up in Scotland thanks to St Rule or St Regulus, a Greek monk who had a vision in which he was told to take the bits to the ends of the earth for safekeeping.

His journey took him to the shores of Fife, which is easy to mistake for the ends of the earth. The town where St Rule landed is now St Andrews.

Not only can you show off a little patriotism but it’ll surprise a lot of family and friends.

Here are some quotes, poems, sayings and other messages to share this St Andrew’s Day.

2) If Scotland was independent, we’d be the 14th richest country in the developed world – Nicola Sturgeon

5) I love Scotland – I was made an honorary Wallace after my work on ‘Braveheart,’ you know. If I have two or three days off, I love nothing more than driving up there and climbing around Glencoe – Brian Blessed

6) I think Scotland could take a stand in a wonderful way, ecologically and morally and ethically – Annie Lennox

Use no names. Roads
have been whited out,
redacted. Hone your oldest sense.
Learn the wind,
memorise where it goes
bearing your odours. The truck-stops
are roofless churches.

3) The Conversion of Sheep – Huge Mcmillan

When St Fillian first came upon the sheep
they stood with their Sumerian heads
and stared him out,
for it is a fact that though sheep are mentioned
many times in the bible,
it is always in a bad way.

1) Whit’s fur ye’ll no go past ye – Whatever happens, happens

7) Yer gettin’ skelped – You are going to get slapped


MORE : Will there be a second Scottish independence referendum vote?


MORE : Head to the Scottish Highlands, home of the ‘wow’ factor 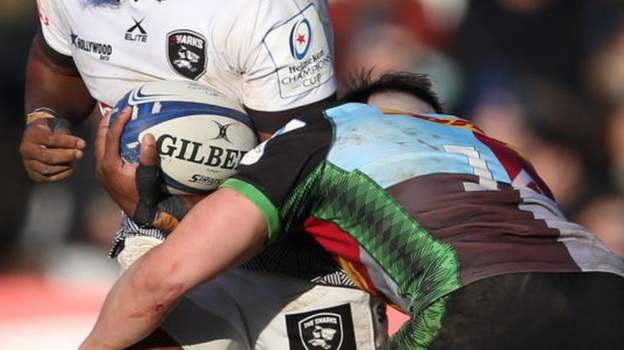