The BBC’s chairman has fired at Emily Maitlis for her comments about Dominic Cummings, saying the corporation has “a liberal bias”. Richard Sharp, BBC head, was asked about the former Newsnight presenter’s comments in May 2020, where she said the former adviser to Boris Johnson made the public “feel like fools”.

In an interview, Mr Sharp said “we’re not a campaigning institution” after being asked about Ms Maitlis’ interview and claims against the BBC.

She has alleged a former Downing Street director of communications is acting as an agent of the Conservative party inside the corporation.

Mr Sharp then said: “Our approach is to present the facts and not to lead with a broadcaster’s opinion.”

He also suggested that “the BBC does have a liberal bias” but insists “the institution is fighting against it”.

The chairman also skewered Newsnight itself, saying that before the internet “half past 10 was a very important time slot that people would turn up for”.

Mr Sharp told The Sunday Times that “in a digital world people consume Newsnight-type information when they want to, where they want to”.

He added he believes Newsnight analysis should be “repackaged and distributed in different ways in new formats on new platforms”.

During a broadcast of Newsnight on May 26 about Mr Cumming’s scandal, host Emily Maitlis opened the programme by saying that “the country can see” that Cummings had “broken the rules”.

Mr Cummings made at least one journey with his family from London to County Durham after the start of a national lockdown in March 2020 while experiencing Covid symptoms.

He denied he had broken any rules, and Durham Constabulary concluded that while there may have been a “minor breach”, they did not take any further action against the Brexit campaigner.

Speaking at the Edinburgh Television Festival, she said: “Why had the BBC immediately and publicly sought to confirm the government spokesman’s opinion, without any kind of due process?

“It makes no sense for an organisation that is, admirably, famously rigorous about procedure – unless it was perhaps sending a message of reassurance directly to the government itself?”

Ms Maitlis then suggested the BBC board was compromised, as “another active agent of the Conservative party – former Downing Street spin doctor and former adviser to BBC rival GB News – now sits, acting as the arbiter of BBC impartiality”.

Mr Sharp, a former Goldman Sachs and JP Morgan banker who has donated £400,000 to the Tories, also told The Sunday Times the BBC has been too London-centric “which can create groupthink”.

He added Brexit had come as “big surprise to the BBC”, adding: “The BBC didn’t understand the ‘mind’ of the country.”

Mr Sharp took over from Sir David Clementi in February 2021 as the BBC faced increasing scrutiny over issues including equal pay, diversity, free TV licences for the over-75s and competition from streaming services such as Netflix. 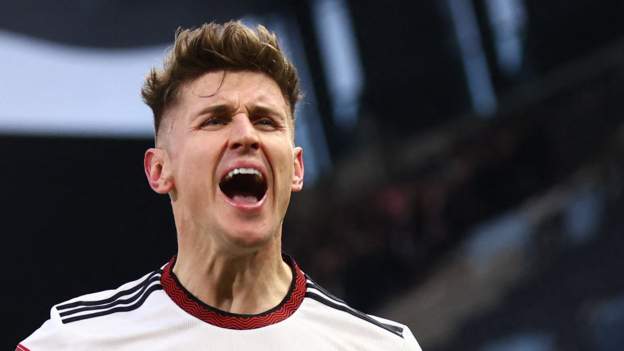