A young woman battling anorexia became so thin doctors told her they were surprised she was still alive.

Lara Rebecca, 20, was so dangerously skinny aged 16 that even the muscle on her heart was beginning to waste away.

Now recovered, she can recall being in bed for several months with the disorder – with her weight dropping to 34kg at one stage.

Lara said her anorexia first started when she was aged 11 or 12, reports WalesOnline.

The condition started off with small habits like being secretive with food and counting calories – before she discovered scales.

It then spiralled out of control and, coupled with depression and anxiety, left her in a bad way.

Lara was even flown home from a holiday and taken to see a doctor – who told her her heart “probably should have stopped by now”.

The barista, who is also studying at university, has overcome her problems and now wants to help others.

But she can still remember the dark days when she suffered with an “abundance of mental health issues”.

She said: “You have this eating disorder at the start but very, very quickly you develop the identity and it almost engulfs you.

“It got very severe at the beginning of 2016. The next thing I know I was in the GP’s office getting diagnosed with anorexia nervosa.”

Lara said that, despite the diagnosis, that was when things started to become even worse.

She continued: “It wasn’t my secret anymore. It elevated that anxiety so significantly and it was a really scary moment.

“That’s when the weight started to fall down very, very quickly.”

Lara was taken out of school and was often visiting the hospital for check-ups.

But during these visits, Lara said she would often try and convince doctors she was taking their advice and instruction onboard.

She said: “In August I was in France for a two-week holiday with my family and we arrived and by the third day I was flown home.

“I was extremely visibly anorexic and very, very, very frail and very underweight.

“I can recognise that now, but at the time I couldn’t see that.

“It’s a psychological illness. It’s not like I just wanted to lose a couple of pounds, you know, it’s an addiction. it’s chronic.”

Lara was flown home from France and taken to a hospital where doctors told her her heart “probably should have stopped by now”.

It was then that one medic also said they were “surprised” she was still alive.

She said: “When they needed to take my blood pressure they couldn’t use the adult ones, or the children’s one.

“They had to use the toddler’s one because the circumference of my arm was so slight.”

Despite the terrifying warnings, Lara was still unable to process the situation.

She was then placed on a strict regime to improve her condition, which she said the was “mission was to weight back on me”.

This consisted of a meal plan, no school, no moving and being bedbound, among other requirements.

Eventually her situation began to change, and Lara recalls the first time she was allowed to go outside.

She said: “There’s a photo of me still looking unbelievably thin. But I was smiling. I was outside.

“I felt a sensation I hadn’t for so long and that was feeling free. I thought is this what life feels like?”

She gradually began to drop her identity of someone with anorexia and described finding “who Lara really is”.

Lara said she is confident with food and her body in 2021 but admits a “disorder thought” does still pop into her brain.

She said: “But what I’ve been able to cultivate over the years is learning strategies.

“Over the 10 years of this journey, there’s no doubt I’ve been able to learn lessons and know how my mind works.

“Just speak up and make it vocal.

“Because once you acknowledge it, and that is the hardest bit, it’s the one that sets up the momentum into a positive recovery.”

Lara, who is studying at Cardiff Metropolitan University, decided after her journey that she wanted to show people what was possible.

She started a blog and, after building up a few followers, launched a YouTube channel later in 2018.

She then launched the ‘ The Keep Smiling Podcast ‘ a year ago.

In her recovery Lara also fell in love with training and running, building a platform on Instagram where she shares her progress and advice.

She said: “Cultivating these platforms has allowed me to speak about my experiences in a way that’s positive.

“I can look back on it in a constructive way and help others and use the lessons I’ve learnt.

“And that makes my heart happy. It’s just been massively motivating.”

You can listen to Lara’s podcast here and see more of her work here. 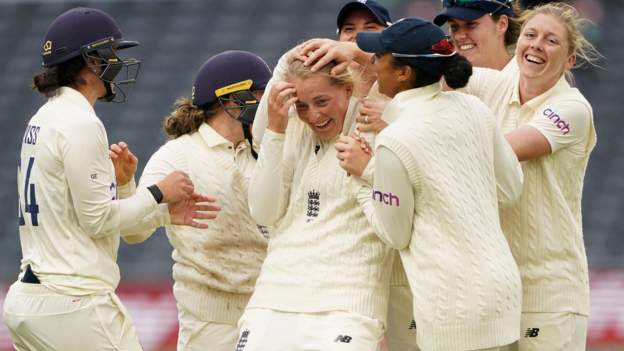 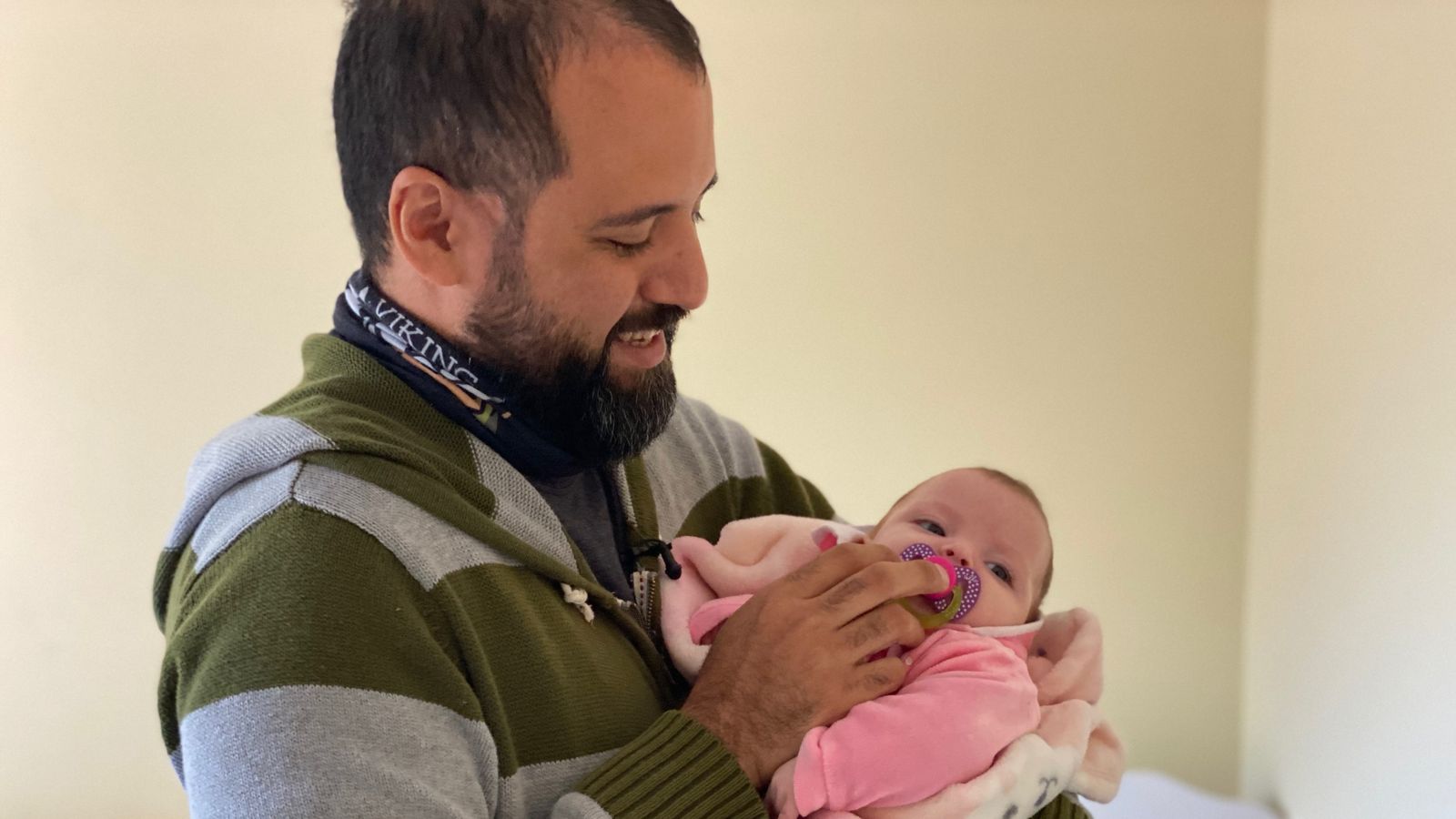 COVID-19: Pregnant women and their unborn babies dying in Brazil as deaths set to pass 500k mark
14 seconds ago 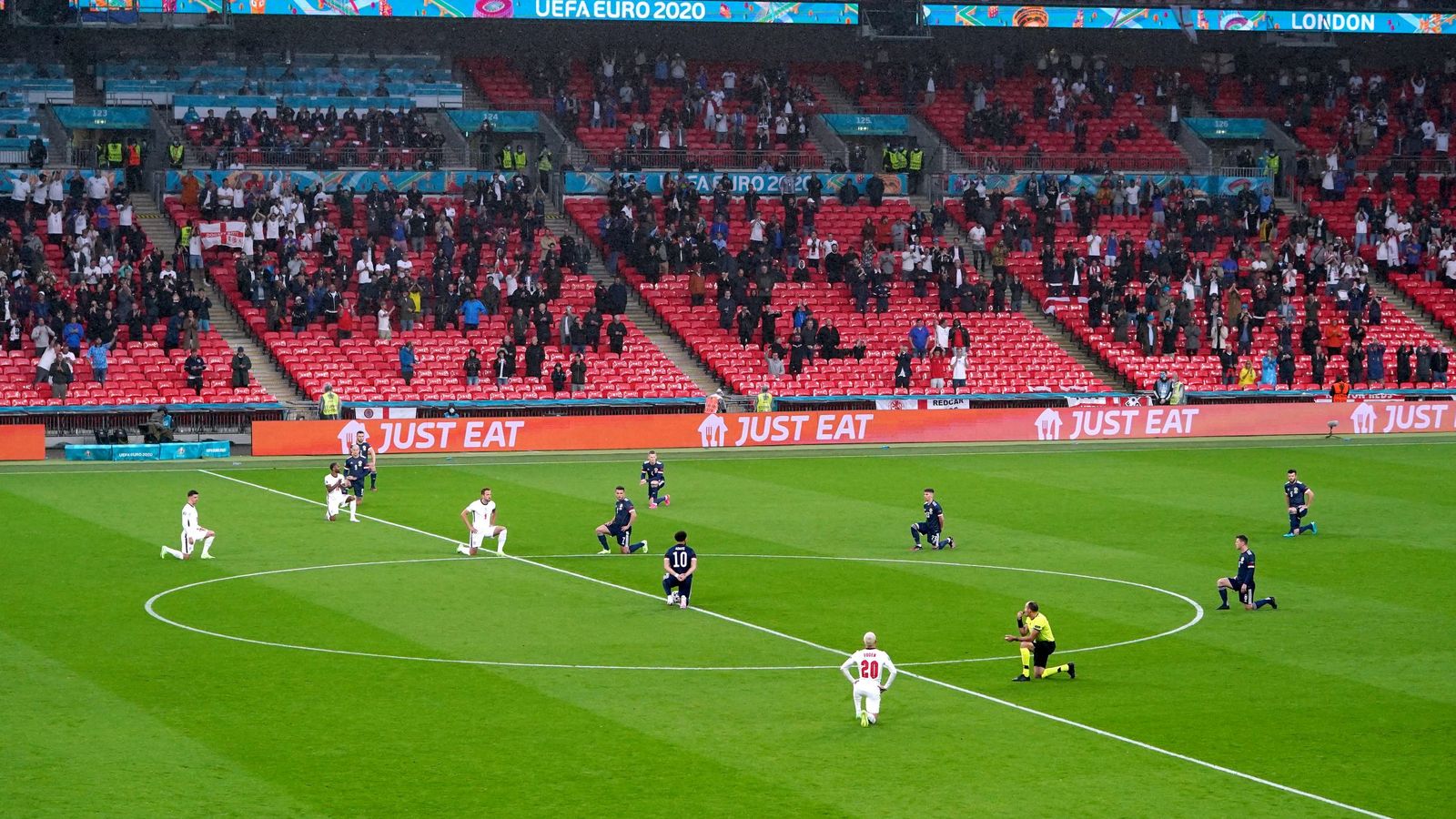 England v Scotland: Euro 2020 clash finishes 0-0 at Wembley despite chances for both sides
1 min ago 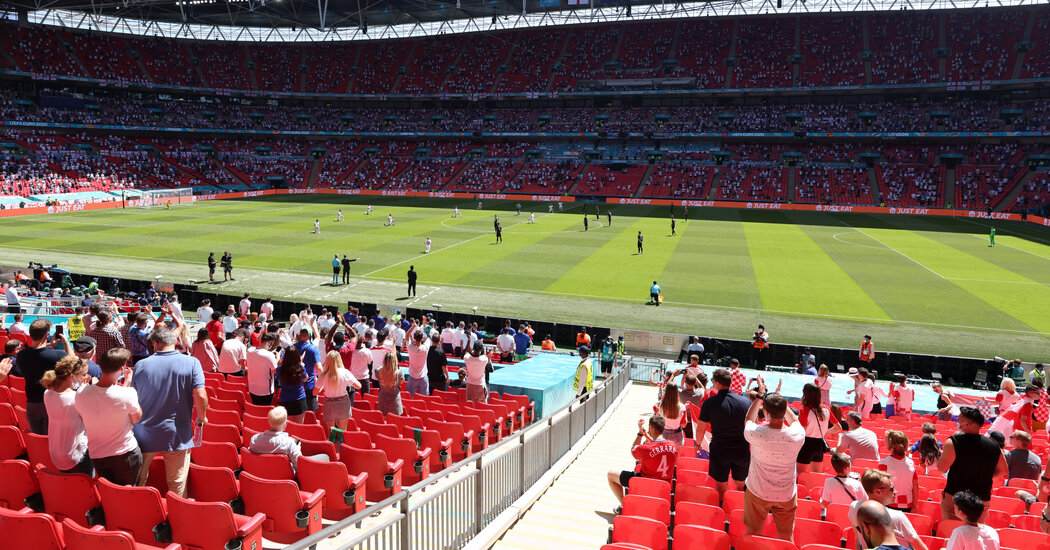 Britain’s travel limits could cost it Euro 2020’s soccer final, and more news from around the world.
2 mins ago

Britain’s travel limits could cost it Euro 2020’s soccer final, and more news from around the world. 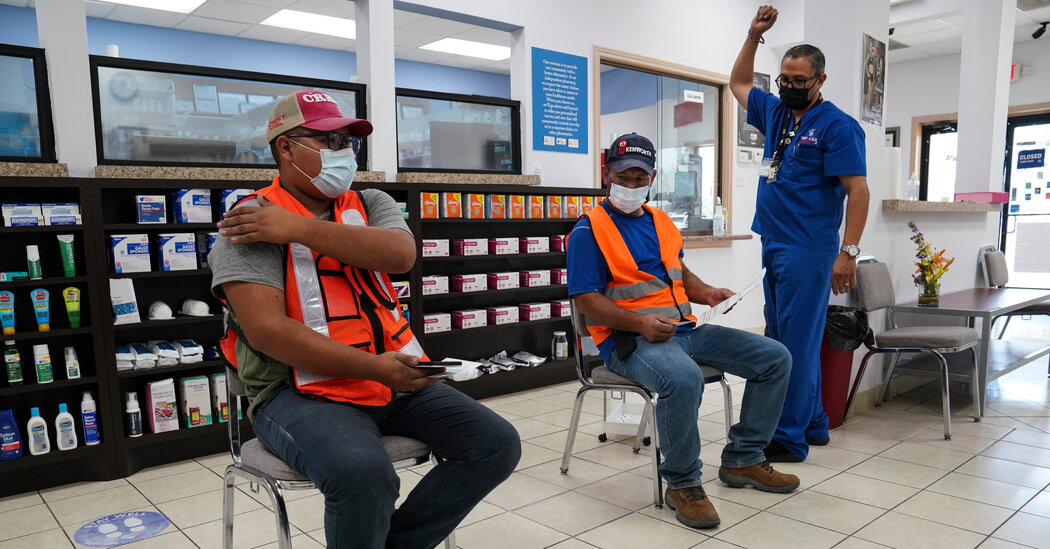 Video: Biden Pleads With Americans: ‘Get Vaccinated Now’
3 mins ago 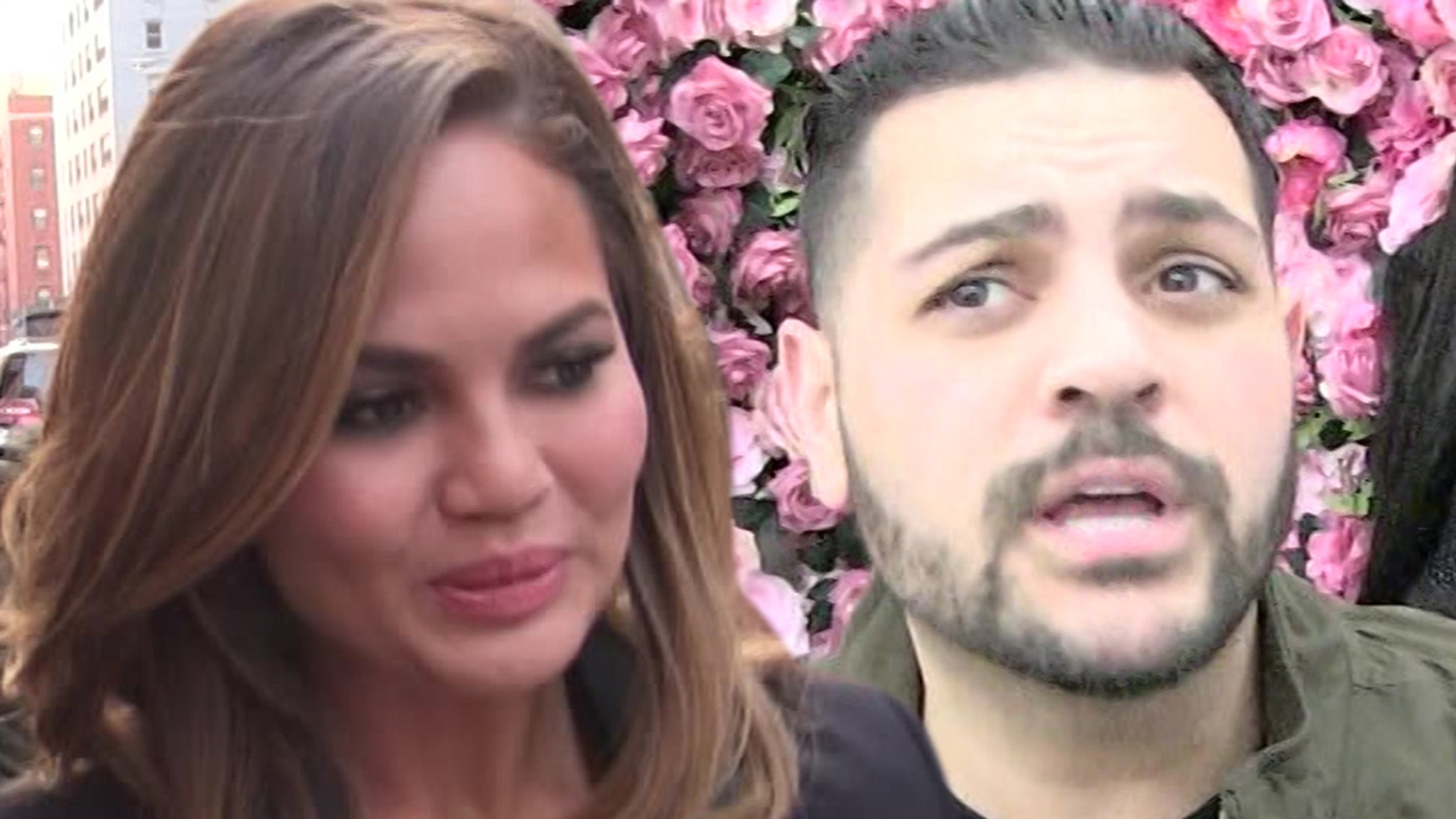