When President Trump said on Twitter last week that all American troops in Afghanistan might be home by Christmas, he was reiterating a goal that has eluded him for years — and most likely hoping that when it comes to ending military deployments, voters will give him more credit for his messaging than for his results.

Mr. Trump has long vowed to leave Afghanistan and, more broadly, to conclude what he calls the United States’ “endless wars” across the Middle East, reviving a core theme from his 2016 campaign that some data suggests could have played a crucial role in his election.

But with three months left in his first term, Mr. Trump has not welcomed home the last American soldier from anywhere. While he has withdrawn thousands of troops from Afghanistan, Iraq and Syria, thousands more still risk their lives there — a source of clear frustration for a president hoping to impress voters with unequivocal, unprecedented results.

And though his defenders insist he deserves credit for avoiding any major new U.S. interventions, making him the first president in decades to do so, Mr. Trump has deployed thousands of additional soldiers to the Persian Gulf in response to growing tensions with Iran, which some analysts warn could spill into a hot war if he is re-elected. He has also done little to scale down major American military bases in places like Qatar and Bahrain.

“The missing piece here is that tens of thousands of forces are deployed all across the Middle East, supporting ongoing operations in the region and beyond,” said Dana Stroul, a fellow at the Washington Institute for Near East Policy. “The president has even increased the U.S. military presence in Saudi Arabia. None of those forces have been withdrawn over the course of his term. His rhetoric does not match the reality of U.S. forces deployed across the Middle East today.”

Still, Mr. Trump believes that even the perception of progress toward removing most Americans from harm’s way overseas will help his chances of re-election on an “America First” platform. He and his campaign surrogates have repeated that message at every turn, from his rallies to the Republican National Convention in August to his Twitter account.

“I’m bringing our troops back from Afghanistan. I’m bringing our troops back from Iraq. We’re almost out of almost every place,” he said during a town hall event in September that was broadcast on ABC News. At a campaign rally more than a week later, the president vowed to “keep America out of these endless, ridiculous, stupid, foreign wars in countries that you’ve never even heard of.”

He reprised the theme in a tweet hours before returning to the White House from Walter Reed National Military Medical Center last week. “PEACE THROUGH STRENGTH (BRING OUR SOLDIERS HOME). VOTE!” Mr. Trump wrote, as the world obsessed over his coronavirus diagnosis.

He now presides over about 10,000 ground troops in Afghanistan, Iraq and Syria combined, only slightly less than the number he inherited at the end of the Obama administration. Deployments ordered by Mr. Trump caused that number to rise as high as 26,000 by late 2017, according to a Pentagon report, before falling steadily in recent months.

After President Barack Obama left just under 10,000 troops in Afghanistan, Mr. Trump ordered about 3,000 more to the country in 2017 before beginning a drawdown that has resulted in about 4,500 there today. He also increased troop levels in Syria, where American forces have battled the Islamic State, from about 500 under Mr. Obama to nearly 2,500 before dropping to a current level of 750. In Iraq, troop numbers were virtually unchanged from the end of the Obama era until last month, when the Pentagon said it would cut nearly half its forces there, to 3,000.

Denouncing and vowing to end foreign interventions was a potent message four years ago, according to a June 2017 academic study, which found “a significant and meaningful relationship between a community’s rate of military sacrifice and its support for Trump” in the 2016 election. The study’s authors, Douglas L. Kriner of Cornell University and Francis X. Shen of the University of Minnesota Law School, concluded that if three states narrowly carried by Mr. Trump — Pennsylvania, Michigan and Wisconsin — “had suffered even a modestly lower casualty rate, all three could have flipped from red to blue and sent Hillary Clinton to the White House.”

Former Vice President Joseph R. Biden Jr. makes for a less useful foil than did Mrs. Clinton, however. Although Mr. Biden also supported the Iraq war, he is less closely associated with the conflict that Mrs. Clinton was. Mr. Biden was also a skeptic of subsequent military actions, arguing inside the Obama administration against a troop surge in 2009 for Afghanistan and opposing the U.S. intervention in Libya in 2011.

On his campaign website, Mr. Biden focuses his foreign policy platform on rebuilding the United States from within through measures like education reform, more humane immigration policies and voting rights protections. Echoing Mr. Trump, Mr. Biden also promises to “end the forever wars in Afghanistan and the Middle East, which have cost us untold blood and treasure,” saying he “will bring the vast majority of our troops home from Afghanistan and narrowly focus our mission on Al Qaeda and ISIS.”

Perhaps seeking a clearer contrast with his opponent, Mr. Trump upped the ante last week, surprising senior military and civilian officials with an evening tweet accelerating his timeline for an American exit from Afghanistan.

“We should have the small remaining number of our BRAVE Men and Women serving in Afghanistan home by Christmas!” Mr. Trump wrote on Wednesday, seeming to undercut a February agreement with the Taliban that committed the United States to a full withdrawal by next May only if the Afghan insurgent group met important conditions. The tweet also came just hours after Mr. Trump’s national security adviser, Robert C. O’Brien, told an audience that the United States would reduce its forces to 2,500 by early next year.

The White House had no official comment, but a senior administration official speaking on background said that Mr. Trump had made a clear statement and that the government was obliged to carry out the commander in chief’s wishes.

Senior military officials, however, say they have received no formal orders to reduce U.S. forces in Afghanistan beyond 4,500 by the end of November.

Philip H. Gordon, who served as the coordinator for the Middle East, North Africa and the Gulf region in the Obama administration, called the tweet evidence that political impulses, not strategic thinking, were behind Mr. Trump’s management of the military.

“You can’t give him credit for successfully handling the drawdown. It’s been chaotic and inconsistent and completely unpredictable,” Mr. Gordon said. He recalled the way Mr. Trump had repeatedly vowed to withdraw the modest contingent of U.S. forces from Syria, forcing Pentagon planners to scramble for solutions that have preserved a few hundred troops meant to counter Russian and Iranian influence, although Mr. Trump boasts that the troops are now there to “keep the oil.”

“It’s too few troops to achieve anything there — and it’s just enough to get in trouble, as we’ve seen with the recent dust-ups between U.S. and Russian forces on patrols,” said Ed King, the president and founder of Defense Priorities, a nonpartisan Washington group that calls for a smaller American military presence overseas. After seven U.S. troops were injured when their armored vehicle was rammed by a Russian one in August, the Pentagon sent another 100 soldiers to the country, increasing the American total there to 600.

Mr. King expressed disappointment that Mr. Trump had not made more progress toward removing all American troops from combat zones. But he placed much of the blame on others, like Mr. Trump’s former national security adviser John R. Bolton, and added that “the hope is with the right personnel who can implement some of the rhetorical aims that Trump has voiced, that some of these policies might actually come to fruition.”

But others warn that in a second Trump term, the opposite could be true.

Mr. Gordon, the author of a new book about failed American efforts to achieve “regime change” in the Middle East, said that the president’s “maximum pressure” campaign against Iran was unlikely to topple the country’s government or force it to abandon its nuclear program. That could leave a re-elected Mr. Trump forced to use military action to prevent an Iranian bomb. ‘Britney Vs. Spears’ Trailer Brings the Pop Star’s Plight to Netflix
3 seconds ago 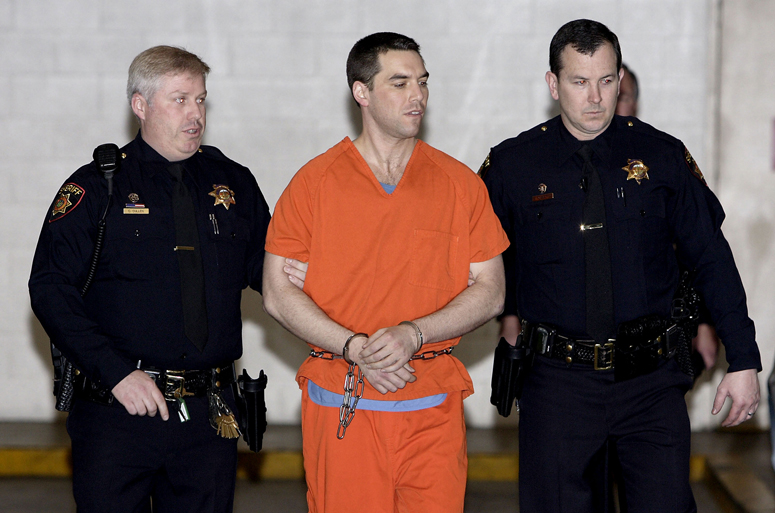 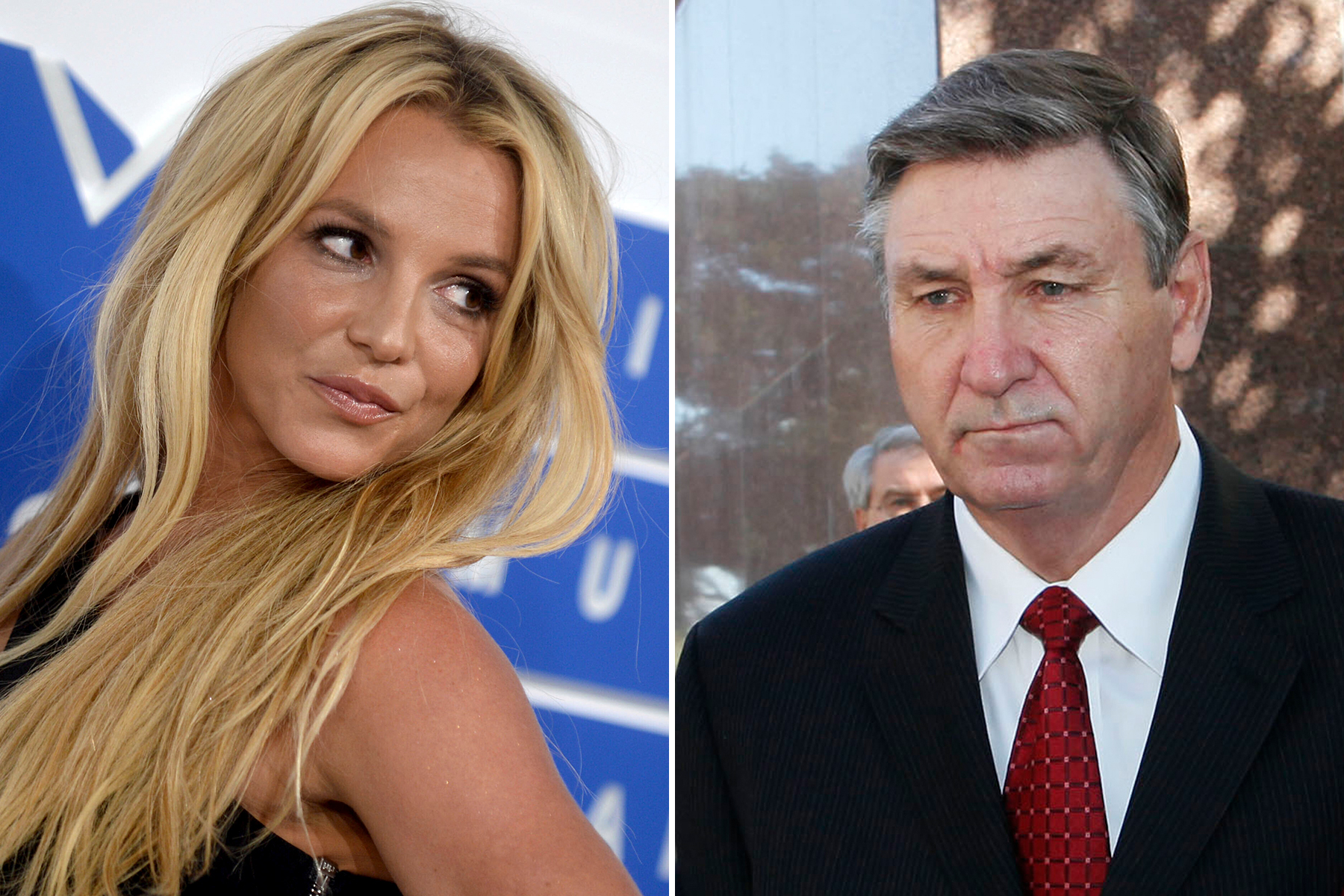 Stitch Fix pivoted to sell more clothes directly to customers. CEO’s next step is to spread the word
4 mins ago