I’m heading off now but Bryan Graham is coming on deck to take you through the next hour or so.

A small storm is brewing in the pool. The US Olympic team revealed that around 100 of its 613 athletes are not vaccinated (which is around the same rate as athletes at the Olympics as a whole). One of those is swimmer Michael Andrew, who said he had not got a jab as it could affect his training routine.

That led former Olympic champion – and one of three athlete representatives on USA Swimming’s board of directors – Maya DiRado to voice her concerns on Twitter.

“That Michael would make a decision that puts even a bit of risk on his teammates for his own perceived well-being frustrates me,” DiRado wrote.

Some of Andrew’s fellow US swimmers have defended him. Former gold medalist Anthony Ervin said Andrew has had Covid and therefore has immunity [science bit: you can get Covid more than once]. While Andrew’s teammate Tom Shield tweeted: “What part of that responsibility involves shaming one of our Olympian’s (sic) on the eve of competition?”

Athletes do not need to be vaccinated to compete at the Games, but they are tested regularly.

The hosts are facing Australia in the men’s hockey at the moment. It’s still early days and it’s 0-0 after 15 minutes or so.

Tom Dart is following Team USA for us in Tokyo and has an update on what today holds for the expected medal table-toppers:

After yesterday’s flag-waving at the opening ceremony, with baseball’s Eddy Alvarez and basketball great Sue Bird wielding the big Stars and Stripes for Team USA, much American interest today will revolve around the women’s soccer team, who face New Zealand at Tokyo Stadium.

The US raised the white flag on Wednesday, surrendering three goals to Sweden without reply in a shocking and deserved outcome that ended the team’s 44-match unbeaten run. The US certainly should beat the Football Ferns, who were outplayed by Australia in a 2-1 loss in their opening Group G game in Tokyo. They are coached by Glasgow-born Tom Sermanni, who was fired as US head coach in 2014 after 16 months in charge. Anything less than a comfortable win will pile pressure on the current coach, Vlatko Andonovski.

The US softball team, which has enjoyed a happier start, winning their first two games, face Mexico as the opening round continues. There’s also some novel basketball action as a new event, 3×3, gets underway. The US women face hotly-tipped France and Mongolia at Aomi Urban Sports Park; the American men didn’t qualify. And the US women meet the hosts in the preliminary round of the water polo, with the team going for a third straight gold medal.

Among the new sports in Tokyo is surfing. It kicks (paddles?) off this weekend and Mike Hytner has a little more on its Games debut:

One to watch in the women’s 10m air rifle today is Luna Solomon, who is competing for the Refugee Team. She fled her country, Eritrea, in 2015 before arriving in Switzerland. She took up shooting there and is now competing in Tokyo. She’s near the bottom of the qualifying round at the moment and almost certainly won’t make the final but just being here is quite something.

Barack Obama would like to wish you good luck (if you are a world-class athlete. And American. But I’m sure he wishes you well even if you’re not):

Last night was a big one for team Australia, with the pageantry and symbolism of the opening ceremony at the Olympic Stadium. Even though just 63 members of Australia’s 480-odd delegation formally marched, the rest gathered around their televisions in the athletes’ village or their team hotels (for those out of Tokyo).

There might be a few sleepy heads this morning. It was an emotional night for the Aussies, with Patty Mills becoming the first Indigenous Australian to fly the flag in an opening ceremony. Mills has been a major force for Australian basketball, with Tokyo 2020 his fourth Olympics and he is widely-admired by his peers for his sporting success and social justice activism.

But this morning attention turns to the action on the pitch/pool/field. Australia do not have high medal hopes on day one, but there are plenty of important preliminary encounters around the venues. The Kookaburras face Japan in the hockey, Richie Porte, Lucas Hamilton and Luke Durbridge are all in action in the road race and Jian Fang Lay will make her sixth Olympic appearance in the table tennis. Tonight, all eyes will be on the heats at the Aquatics Centre, with Emma McKeon expected to shine in the 100m butterfly, Elijah Winnington and Jack McLoughlin jostling for lane position in the 400m freestyle and the women’s 100m freestyle relay closing out the night.

We asked earlier which new sports you’d like to see at the Olympics. Brucie Morris wants to see lacrosse:

“It’s a sport that hasn’t appeared since 1948, and 1908 was the last time it was a medal sport (Canada beating GB 14-10). The international federation, World Lacrosse has just been awarded full IOC member status, and the big aim is to be invited to the LA 2028 Summer Games due to the popularity in North America.

“It’s an extremely fast paced sport, and the newest format of the game is purpose built (for good and ill) for TV with the Olympics in mind. Men’s and women’s lacrosse will appear as a full event at the 2022 World Games in Birmingham, Alabama, where hopefully the Haudenosaunee/Iroquois Confederacy will appear as the very first representative of a First Nation indigenous peoples at a multi disciplinary event!”

If nothing else, we would be treated to some excellent names. Shackleford Stanwick and Bizzy Blanding anyone?

Some facts about Team USA (and NBA) star Kevin Durant:

1) He is very good at basketball

2) He is (surprisingly) very tall

3) He is very good at basketball

4) He is just a little thin skinned

5) He is very good at basketball

6) His birthday is 29 September

Taking the last point into consideration, why were the US team singing Happy Birthday to him today?

Following last night’s opening ceremony, the sun has risen on the first full day of action at Tokyo 2020. The heat has been stifling on the ground so far – even last night at the Olympic Stadium the temperature was in the high 20s celsius until past midnight. How the athletes cope with the humid conditions has been a major topic of conversation in the build-up; we saw the effects it could have yesterday when a Russian archer passed out from heat stress. And we’re set for another scorcher today, with temperatures expected to hit 32C. That is sure to pose a test for the male cyclists in their gruelling road race on boiling tarmac around Mount Fuji while hockey players will also feel the heat on the astroturf of Oi Hockey Stadium, with the men’s tournament about to begin when Australia face the home nation.

Hello. We’re finally underway (even if we’ve been sort of underway for a few days now, but here is what is coming up in the next few hours:

My friend and colleague Jeff Zillgitt and I once had the idea for a Pub Games that would include darts, various billiard/pool sports, foosball and that shuffleboard thing you sometimes see. Today’s bar-goers in the US are more attached to trivia contests, which could be a lot of fun. Maybe Jeopardy legend Ken Jennings could do commentary.

Tom, take it away.

Miguel Aviles has answered my question about the hat trick in the first day of women’s football competition with Vivienne Miedema of the Netherlands. I suppose so, though she went on to score a fourth. I’d actually forgotten about her because, in the same game, Zambia’s Barbra Banda also had a hat trick.

On new sports, Stephen Broadley asks a legitimate question: “Why are they introducing so many sports that can’t be measured objectively?” Because controversy sells! (Also because the kids seem to like these things.)

Please start directing your ideas for new sports to the brilliant Tom Lutz, who will be taking over for me in … two minutes? Wow, this just flew by. Years of anticipation to get these Olympics underway, so I suppose it’s no surprise that it seems like it’s going quickly now that it’s here.

Trinidad and Tobago doesn’t have many athletes in the Olympics in events other than track and field / athletics, but one of them, rower Felice Chow, just left her fellow competitors in the single sculls repechage not just in her wake but behind her wake. Not bad for a 44-year-old. (It all goes downhill after that, I say as a 51-year-old who hasn’t take care of himself in the last 25 years.)

What event would you like to see in the Olympics?

This was a question raised in the last blog when we talked about Ultimate, which was left off the Paris program in favor of breakdancing. Sport climbing, surfing and skateboarding will be carried over from Tokyo; baseball, softball and karate will not.

One thought from bethyl t via email: “firstly to resurrect the swimming obstacle race, last seen in the 1900 games, because there seem to be endless swimming disciplines but none that involve swimming over poles and underneath boats. bring it back.

“secondly, and i would really love for this to happen – double dutch! it’s so much fun, endless room for creative expression, and it’s exhilirating to watch. the sport remains strong – i believe there is a league structure in the states, and they have regular tournaments too. would be a joy to see it at the games.”

Now it all begins for real.

Any cycling man still standing after the Tour de France will spend another few hours in the saddle chasing Olympic gold. People will start punching, kicking, throwing, choking and brandishing swords at each other without being arrested. Horses and people will do horse people things. We’ll all become instant experts on 3×3 basketball and wonder how the US men could have failed to qualify in a sport played in thousands of parks and driveways across the country.

Badminton players, beach volleyball players, indoor volleyball players, tennis players and table tennis players will hit things over nets of various sizes. People will lift heavy things. Men and women will vault and flip. Swimmers and rowers will go fast across the water’s surface or slightly below it. And handball, field hockey, softball and water polo teams will fight to nudge foot-soccerball out of the spotlight.

The first medal, though, is in women’s 10-meter air rifle, which always seems to have a nice story involved. In 2008, the winner was the Czech Republic’s Katerina Emmons, who had a new surname thanks to her decision to say a few comforting words to US shooter Matt Emmons in 2004 after he spoiled his chances of winning a second gold medal by firing at the wrong target on his last shot. In 2016, the surprise winner was US teenager Ginny Thrasher, who smiled through her few hours of fame before returning to West Virginia University to win some NCAA hardware, complete a biomedical engineering degree and become a finalist for the Rhodes Scholarship.

These Olympians … such slackers. 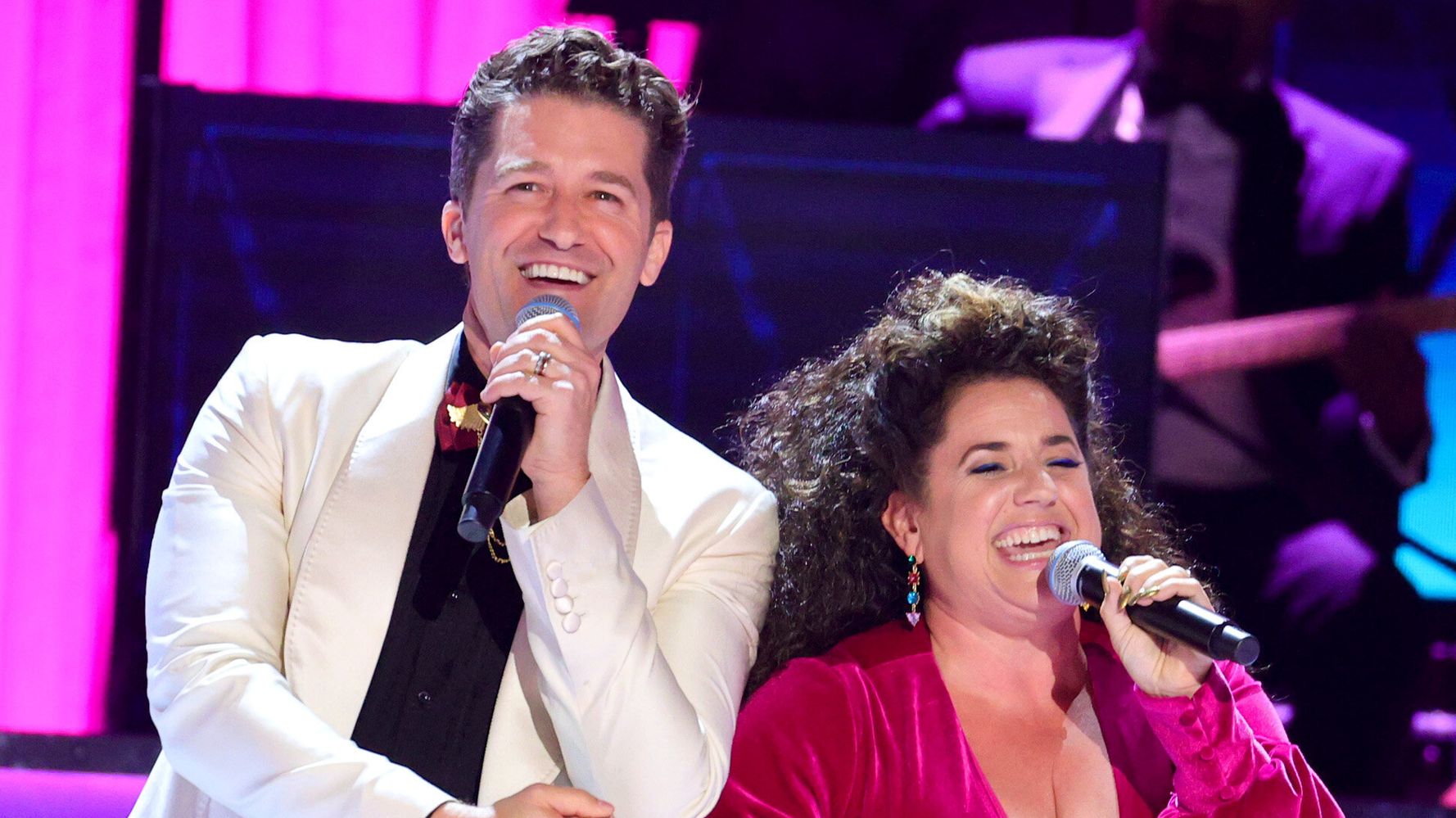 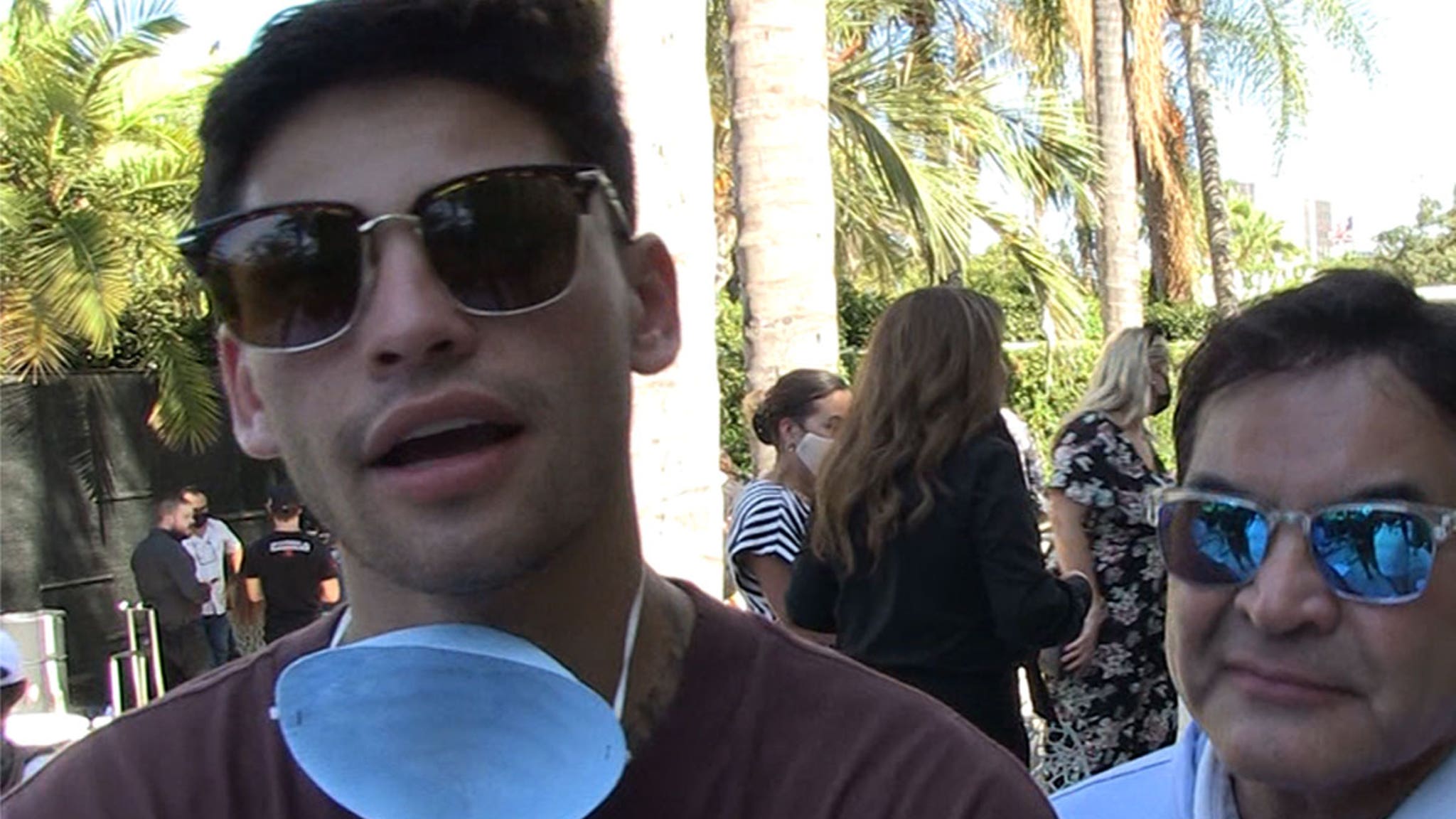 Survive A Cyberattack: 7 Things Business Owners Must Do In 2021
7 mins ago

PM Modi launches digital health mission. Long road ahead but here is what to expect now
9 mins ago