The Supreme Court has overturned the constitutional right to an abortion in America.

The court’s decision issued yesterday is the culmination of a generational conservative campaign to strike down Roe v. Wade, the 1973 Supreme Court ruling that established abortion rights. The three conservative justices whom Donald Trump appointed to the court supplied the votes to finally do so.

“The Constitution makes no reference to abortion, and no such right is implicitly protected by any constitutional provision,” Justice Samuel Alito wrote for the majority.

Roe’s fall is a political and social earthquake, one that Americans alternately celebrated and mourned. “I cannot think of a precedent for this in our modern history, where you have an individual civil right that people depend on that has been rolled back after 50 years,” said my colleague Emily Bazelon, who writes about abortion access and the court.

Yesterday’s ruling won’t end the abortion debate, but it will fundamentally alter it. Today’s newsletter explains what the decision means, and what may follow.

The ruling promptly shifted the political fight over abortion to the state level. That was, Alito wrote, one of the court’s aims: “The authority to regulate abortion must be returned to the people and their elected representatives.” (Here’s an annotated version of the ruling, which largely tracked the draft that leaked to Politico last month.)

Roe’s fall immediately triggered abortion bans in Kentucky, Louisiana and South Dakota. Missouri, Arkansas and other states did the same within hours. In total, more than 20 states appear set to outlaw all or nearly all abortions. (This tracker shows the status of abortion access in all 50 states.)

For the roughly half of Americans who live in those states, getting an abortion will become even more difficult. For women in Mississippi, for example, Illinois may become the closest state in which to legally obtain one.

More liberal states began moving in the opposite direction. In Massachusetts, Gov. Charlie Baker, a moderate Republican, signed an executive order protecting medical providers who perform abortions for out-of-state residents. The Democratic governors of California, Oregon and Washington issued a joint statement promising to protect access to abortion and contraception.

The ruling may have a less dramatic effect on overall abortion rates. Some experts estimate that overturning Roe could reduce the number of legal abortions in the U.S. by as little as 13 percent. That’s because abortion was already heavily restricted in red states and more people living in them oppose the practice, as The Times’s Claire Cain Miller and Margot Sanger-Katz have explained.

But Roe’s fall will likely reduce abortion access most for lower-income women and Black and Hispanic women, many of whom lack the resources to travel out of state to obtain one.

The ruling is also likely to send the abortion debate into new territory. “There are all these knock-on ramifications, which we don’t know the answer to yet,” Emily said.

One is the question of medical abortion pills. About half of legal abortions in the U.S. occur by medication, which is generally safe and effective, rather than a surgical procedure. Texas and Louisiana have made it a crime to mail the pills in the states, and other states could follow. “Then the question is, what kind of penalties are they imposing, and how are they going to enforce that law?” Emily said. “Do they want to open people’s mail and start surveilling people?”

States that ban abortion could also seek to punish medical providers in other states who perform abortions for women who live in states where abortion is illegal, or who instruct patients remotely about how to obtain or take abortion pills. President Biden said that his administration would act to protect access to the pills, which the F.D.A. regulates, and to protect women who want to travel to get an abortion.

The ruling could also reverberate to other precedents grounded in the same right to privacy that reinforced Roe. Though Alito cautioned that the ruling should not be seen as going beyond abortion, one justice in the majority — Clarence Thomas — wrote separately that the court should also overturn protections on access to contraception, same-sex relations and same-sex marriage.

“We have no idea how many votes there are for that,” Emily said. “Thomas was the only one ready to come out and say it today, but that doesn’t mean there aren’t five votes.”

THE WEEK IN CULTURE

📺 “Only Murders in the Building” (Tuesday): One of last fall’s joys was the first season of this hit Hulu mystery-comedy, which starred Steve Martin, Martin Short and Selena Gomez as residents of a fancy Manhattan apartment building who start a true-crime podcast in an attempt to solve a neighbor’s murder. The trio’s chemistry was delightful and the supporting cast (Tina Fey, Nathan Lane) equally star-studded. I’m delighted that Season 2 is here just in time for summer.

RECIPE OF THE WEEK

A summer run-in with perfectly ripe, still-somewhat-firm peaches is reason enough to make this juicy peach cobbler from Edna Lewis. The key to its crust, particularly if you’re baking in a hot kitchen, is freezing the fat you choose to work with, whether it’s lard or vegetable shortening, and chilling the dough between steps. Save the trimmings: Tucking dough scraps into the mix of ripe peaches and grated nutmeg means the fruit thickens and takes on more flavor as it bubbles in the oven. I happen to think it’s best once it’s cooled to room temperature, but it’s almost impossible to wait that long.

Chillable reds: White wines and rosés aren’t the only options when it’s hot.

GAME OF THE WEEKEND

Los Angeles Dodgers vs. Atlanta Braves, M.L.B.: Two of the best teams in the National League meet this weekend. The Dodgers, a perennial World Series contender, have slipped in recent weeks, while the Braves went on a 14-game winning streak. Freddie Freeman, the Dodgers’ new first baseman, spent 12 years with the Braves and led them to a World Series win last year. This will be his first time back in Atlanta. 7 p.m. Eastern tomorrow on ESPN. 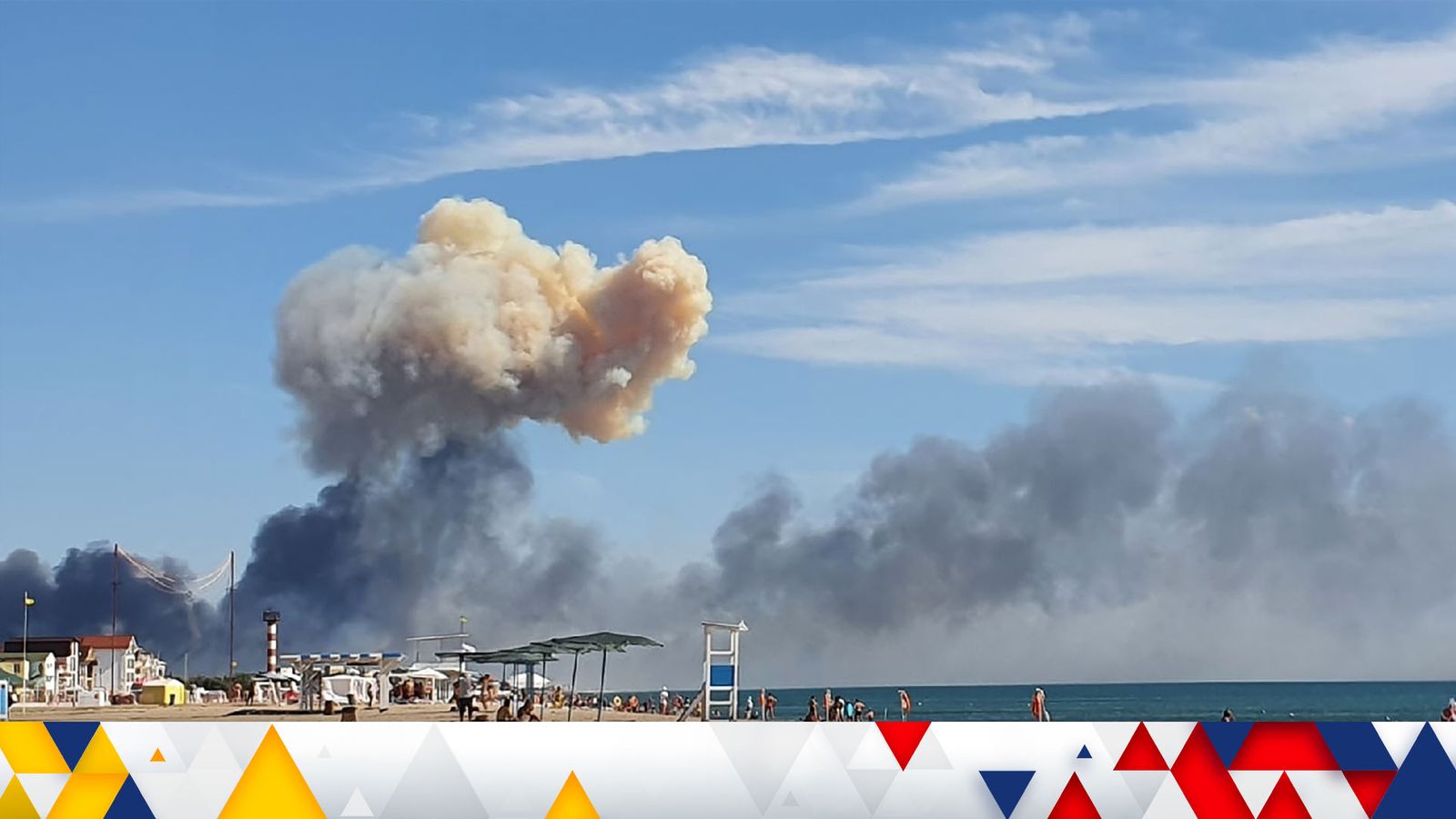 Ukraine war: One dead as Russia insists explosions at Crimea air base caused by detonation of ammunition, not attack