Solopreneurs are on the rise and with such speed, that we’re still settling on the right terms to describe them. In 2019, the SBA identified 50.7 million businesses as small, employing up to 499 people. But, 81 percent of them were business owners with no additional employees who were lumped into the same category. As more people shift their focus toward starting their own businesses, an army of new technologies is emerging, wielding the tools to turn anyone into an entrepreneur. In fact, they’re making it easier than ever for more people to run businesses entirely on their own.

These are solopreneurs — entrepreneurs who are taking on business ownership completely solo — and they’re about to make major changes to our economy.

Related: The Six-Figure Solopreneur World: How Much Can You Earn As an Independent Fitness or Beauty Professional?

Every solopreneur is an entrepreneur, but not every entrepreneur is a solopreneur. The majority of entrepreneurs start as solopreneurs, but the biggest difference is in their intention. While the entrepreneur is looking to create a major enterprise, a solopreneur wants to create their enterprise alone. We used to assign such one-person shows to the category of freelancers, who provided typical freelance services: designers, consultants and accountants. Now, although we keep trying to use the same language, a rising segment of these single, independent workers no longer conform to these traditional conceptions. Content creators, e-commerce providers and old school service providers are all pushing this revolution. They come in all shapes, and some of them don’t even bother leaving their nine to five job.

Today, we can observe a mass exodus. People are leaving jobs in favor of starting their own businesses. Not because they imagine becoming a massive corporation, but to redefine their work-life balance or find purpose in starting something uniquely their own. A 2021 MBO Partners report identified 51 million people as independent workers. But, Census Bureau data indicates that less than three percent of them filed as businesses intending to hire employees. The report also found that 82 percent of independent small business owners were happy to keep their company small, and 56 percent said they wanted to remain solopreneurs. Many turned to entrepreneurship to improve their well-being, not to add the headache of managing other people or building a mass operation. Solopreneurship gives them that option.

Related: 10 Tools to Help Your Business Grow as a Solopreneur

The earliest divergence of solopreneurs from freelancers happened when the former started building themselves as brands through social media influence. In the beginning, we might have imagined influencers as a niche market. Now, even nano- and micro-influencers with smaller followings can make between $60,000 and $100,000 a year. Many still offer services that resemble freelancing. But, they also run content operations, selling physical products through affiliation or their own line. Ten years ago, a phenomenon like solopreneurship might not have been possible. But today, with automation increasingly facilitating the project of running a business, people are realizing they can do it on their own.

By outsourcing manufacturing and packaging to private label producers while letting different services handle her sales and fulfillment, Kylie Jenner (of the Kardashian clan) created a cosmetics empire. It’s made her a billionaire, at least by some accounts, powered by only seven full-time and five part-time employees and her massive social media influence. And Kylie’s not alone. Drop-shippers have evolved from third-party order fulfillment for Amazon and eBay. They have developed themselves as brands through platforms that let them create, manufacture and sell their own products directly from factories to their audience via a personalized e-commerce store. Solopreneurs, from dog trainers to therapists, can bring home six-figure incomes. A range of passion-oriented businesses — from babysitting to gardening to selling homemade cupcakes locally — are turning dreams into a reality. As technology continues to make doing what people love even easier, solopreneurs will increasingly move into more areas of business.

Related: 5 Steps to Scale From a Hungry Solopreneur to an Unstoppable Enterprise

A diverse economy is a stronger one

In 2020, independent freelancers represented 36 percent of the U.S. workforce making up an estimated $1.2 trillion of its economy. That figure is up 22 percent from 2019, and one survey found 83 percent of executives planned to increase their use of freelance workers in the next three years. The global health crisis contributed to this rapid growth, but solopreneurship had already been on the rise for over a decade. Reports as early as 2013 showed non-employer firms experiencing significant growth, and three years later, they predicted the number of solopreneurs to skyrocket by 2026. With technology making business easier and our long-standing views of the workplace transformed, solopreneurs will continue to take up an increasingly larger segment of the economy each year.

Solopreneurs are neither freelancers booking services nor entrepreneurs looking to grow. This new class of solopreneurs is commanding more than a new name: they’ll need a new set of tools. Project management software is less useful when running a one-person show. Instead, solopreneurs need tools that automate as many areas of their business as possible so they can remain solo and still stay competitive. For most, managing all of these tools is what starts to complicate the process. This has given rise to a whole new industry of consulting solopreneurs, websites connecting them with companies that need their business or platforms like ours that supply people with both the tools and guidance to keep them running solo.

Major enterprises continue to automate and consolidate. They’ll need less manpower to generate the same revenues, leaving fewer places in the old system for everyone to fit. But more room for people to start their own businesses. Even without employees, solopreneurs bring jobs to themselves, support families and spread economic benefits throughout communities. They’ll create more networks of solopreneurs hiring solopreneurs, and increasingly develop more resilience working together. A large economic downturn will end up shuttering a percentage of small businesses. But with many small, decentralized operations, closing each and every one of them down is much harder.

As solopreneurs become increasingly diverse, society as a whole will demonstrate greater economic endurance. Solopreneurs give us the option of a local butcher and handyman instead of letting big businesses drive the entire economy. Just as agriculture is driven by its own logic, which leads to the cultivation of seed banks and planting more than one type of apple, diversification leads to better chances of a group’s survival. As solopreneurs continue to take up and lift more economic spaces, the more stable they’ll become.

Has Apple invented one ring to rule them all? 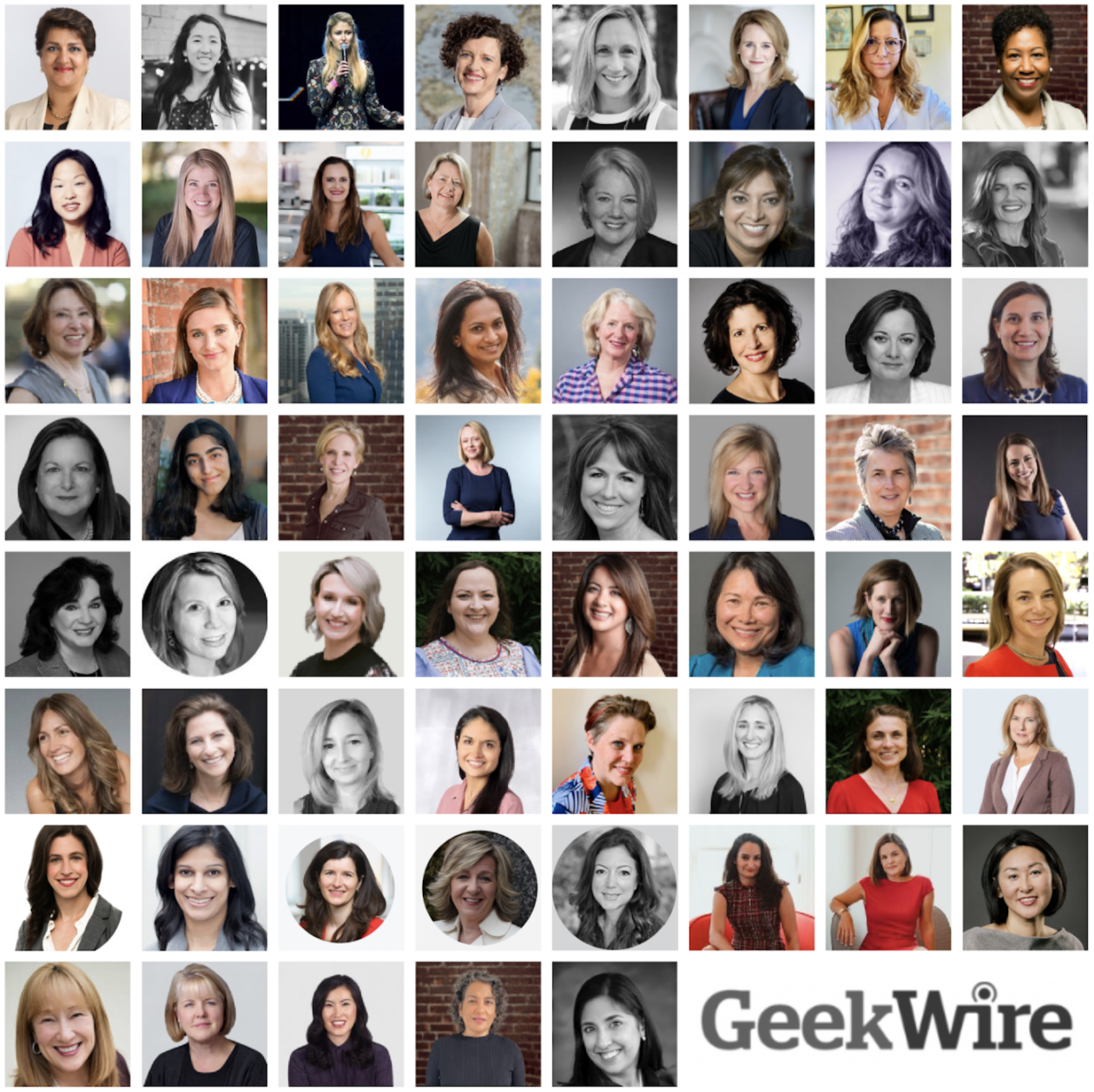 The women writing checks: A list of female venture capitalists in the Pacific Northwest