Convoy laid off 7% of its staff Thursday, becoming the latest tech company to slash headcount amid an uncertain economic environment.

A spokesperson for the Seattle trucking marketplace startup confirmed the layoffs to GeekWire. Convoy said it employed 1,300 people in April, when it raised a $260 million investment round at a $3.8 billion valuation, so the cuts affected around 90 employees.

“We have made a number of organizational and other operating expense related changes to ensure we are in the strongest financial position possible ahead of the potential for worsening economic conditions,” the spokesperson said in a statement (read in full below).

A bevy of tech startups have laid off employees and larger giants are slowing or halting hiring altogether, with a number of macroeconomic conditions including rising inflation causing concern for companies across sectors. Venture capitalists are advising tech companies to cut expenses and extend their cash runways.

Even unicorn startups — those valued at above $1 billion — are not immune to market forces, including companies that just raised huge swaths of cash such as Convoy.

Here’s the full statement from the Convoy spokesperson:

“We have made a number of organizational and other operating expense related changes to ensure we are in the strongest financial position possible ahead of the potential for worsening economic conditions. As a result of these changes, we were sad to have to say goodbye to approximately 7% of Convoy’s workforce today. This decision was not easy, nor taken lightly. With our recent fundraise behind us and the continued intrinsic strength of our business we look forward to continuing to disrupt the freight industry for the betterment of truck drivers, shippers and the planet, whatever market conditions we encounter along the way. We will be opening up our networks to support departing staff in their efforts to secure new roles.”

Founded in 2015 and backed by the likes of Bill Gates and Jeff Bezos, Convoy’s software automates transactions between trucking companies and shippers. Its network has more than 400,000 trucks and a roster of shippers including Home Depot, Procter & Gamble, Unilever, and Anheuser-Busch.

The company, ranked No. 4 on the GeekWire 200 list of top Pacific Northwest startups, said in April it expected to surpass $1 billion in revenue this year. Its revenue for the first quarter was up 51% year-over-year. It was just ranked No. 6 on CNBC’s annual Disruptor 50 list.

Convoy is one of many fast-growing logistics tech startups — including several in the Seattle region — that have raised billions of dollars in recent years amid supply chain chaos caused by the pandemic as shippers dealt with market unpredictability and are turning to tech for help.

RELATED: Q&A: Seattle startups may be insulated from the downturn, and other insights from VC Chris DeVore

Convoy competes with a number of similar digital-focused shipping companies including Uber Freight, in addition to traditional brokers investing in their own technology. They are battling for a share of a $800 billion U.S. trucking industry.

Convoy is led by co-founders who previously worked at Amazon: CEO Dan Lewis and Chief Experience Officer Grant Goodale. They started the company by hanging out at truck stops and getting kicked out of warehouses as they did market research when Convoy was just a kernel of an idea.

In addition to its fresh venture funding, Convoy also landed a $150 million line of credit in April. 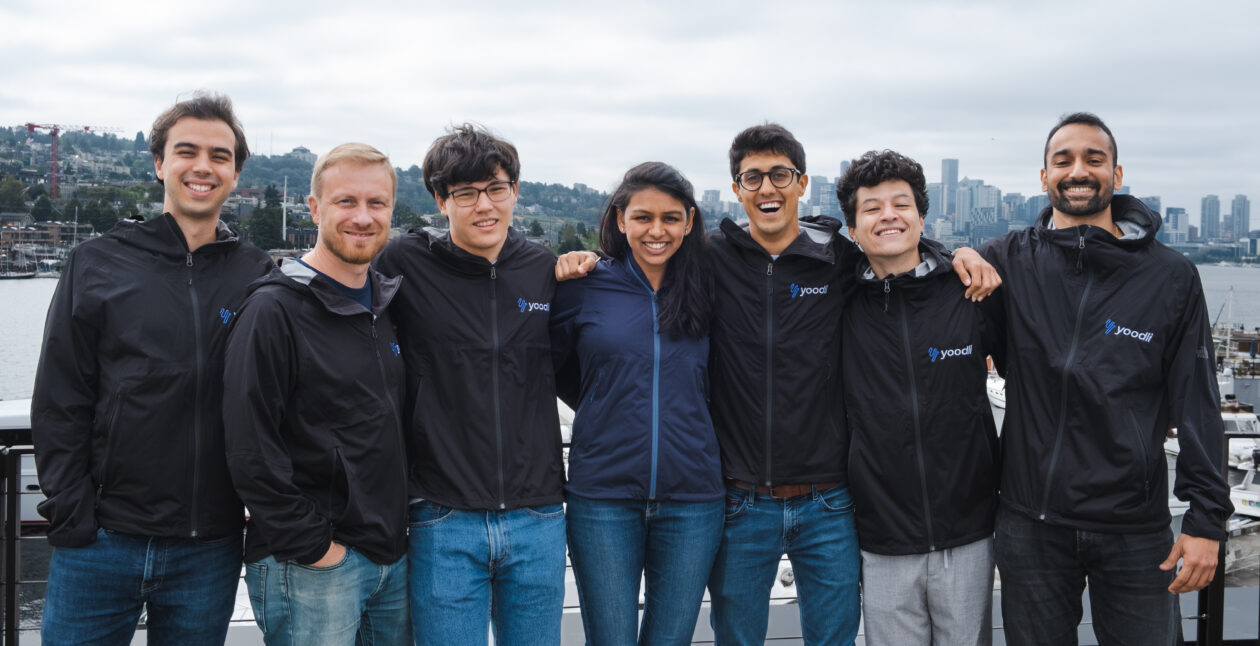