The company’s credit portfolio has crossed 1 billion reals ($196.66 million) and the new round will value the company at $1.75 billion thanks to $570 million raised in outside financing over five rounds.

Creditas is the latest company to benefit from a boom in financial services startup investing across the region. As the year dawned, venture investments into fintech startups in Latin America had grown from $50 million in 2014 to top $2.1 billion in 2020 across 139 deals, according to a report from CB Insights.

“Creditas is still in the early innings of penetrating the huge untapped secured lending market in Brazil and Mexico” says Paulo Passoni, managing partner of SoftBank Latam fund, in a statement.

The company’s growth is a testament both to the need for new lending products across Latin America and the perspicacity of investors like Kaszek Ventures, whose portfolio has included several massive wins from bets on startups tackling financial services in Latin America.

“The journey since our investment in the Series A has been absolutely extraordinary. The team has executed on its vision, and Creditas has evolved into an asset-light ecosystem that resolves key financial needs of its customers throughout their lifetimes,” says Nicolas Szekasy, managing partner of Kaszek Ventures, in a statement.

Another big winner is Redpoint’s e.ventures fund, which has focused on investments in Latin America for the last several years.

“By empowering Brazilians to take control of their lending needs at reasonable rates, Creditas creates a beloved consumer product that will drive significant value for customers and investors. Having been involved since the seed stage through Redpoint e.ventures, we’re thrilled to support the company with our Global Growth Fund as well, as they change the Brazilian fintech landscape,” said Mathias Schilling, co-founder and managing partner of e.ventures.

Creditas has plans to use the cash to expand its home and auto lending as well as a payday lending service based on customers’ salaries and a retail option to sell through buy now, pay later loans based on a customer’s salary.

The company is also looking to expand to other markets, with an eye toward establishing a foothold in the Mexican market.

Founded in 2012, when the founders worked out of a five-square-meter office on Berrini Avenue in São Paulo, the company now boasts a robust business with hundreds of employees and a business resting on a secured lending marketplace and independent home and auto lending operations.

The company also released quarterly results for the first time, showing losses narrowing from 74.9 million Brazilian reals to 40.5 million reals in the year ago quarter. 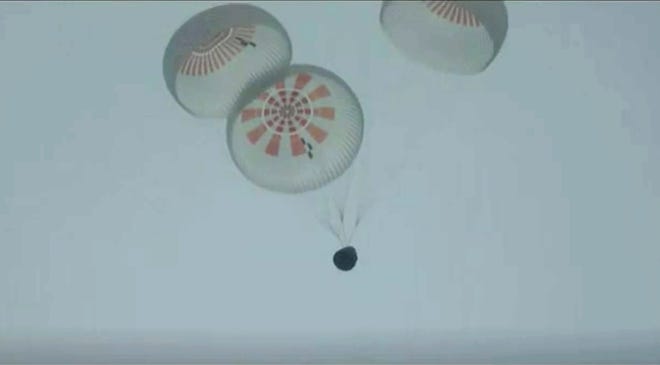