Recently, while out walking my dog Jack, I encountered a blond woman pushing a toddler in a stroller while walking her dog. I stopped to chat, asking her how old her son was now, and she responded amiably. About a year and a half ago, three women on our block gave birth within a month of each other. One woman has blond hair and two have dark hair. They all have dogs. As soon as we had ended our chat and I was walking on, I realized that she had the wrong dog. The blond on our block has a black lab, and this dog was some kind of curly-haired terrier. I then realized that the woman I had approached was a complete stranger, not one of my neighbors.

On the face of it, this wouldn’t be a particularly noteworthy incident, given the context of the COVID pandemic that has so many of us wearing masks. It has become a common, shared experience, these awkward social moments in which we’ve failed to recognize people we know, or we’ve been on the receiving end of someone we know looking right past us as if we’re strangers. But the moment held more for me.

I am a retired neurologist. I also have early-stage Alzheimer’s disease. During my 25 years practicing general neurology in Portland, Ore., I took care of many patients with dementia, including Alzheimer’s disease. I never suspected that I too might get Alzheimer’s, but then about 15 years ago I started to lose my sense of smell and began to experience stereotypical phantom odors called phantosmias. Problems with smell can be early symptoms of neurodegenerative diseases like Alzheimer’s, but it was another six or seven years before I started to have issues with my memory. The neuropathology of Alzheimer’s disease, the beta-amyloid plaques and tau-containing neurofibrillary tangles, are found first in olfactory centers in the brain, years before cognitive impairment begins. As part of a research study, I underwent amyloid and tau PET scans of my brain in 2015 and again in 2018, and the scans confirmed the diagnosis and progression of Alzheimer’s disease.

Being a neurologist with a neurological disorder has provided me some special insights. For example, seeing beta-amyloid on my first amyloid PET scan located not only in the prefrontal cortex and precuneus but also in olfactory processing centers such as the piriform cortex and orbital frontal cortex was really exciting because it provided a logical explanation for my olfactory problems. The PET scans also gave me some hints as to the cause of my trouble recognizing my neighbors.

Face blindness, or prosopagnosia, is a neurological condition resulting in trouble identifying human faces. It is usually caused by damage to the fusiform gyrus in the posterior temporal lobe and anterior portion of the occipital lobe. Neurologist-author Oliver Sacks famously introduced this condition to popular culture in his 1985 book The Man Who Mistook His Wife for a Hat. Sacks wrote about his own severe face blindness in a wonderful, August 23, 2010, article in the New Yorker. One of my neurologist colleagues has such severe face blindness that she needs to hear someone speak before reliably making an identification. Like Sacks, she’s had it all her life. Up to 2.5 percent of people are born with congenital face blindness, mostly inherited in an autosomal dominant pattern.

Acquired face blindness may be caused by head trauma, strokes or tumors affecting the fusiform gyrus. A more insidious form of face blindness occurs in many people with Alzheimer’s disease, even in the early stages. The tau-containing neurofibrillary tangles of Alzheimer’s disease usually first occur in the medial portion of the anterior temporal lobes. With time, these neurofibrillary tangles can spread backwards into the fusiform gyrus.

Although my cognitive impairment is still mild, I have been having increasing trouble recognizing faces, even of people I know well. Many of my neighbors are hard for me to recognize until I hear their voices or see the dog they are walking. This has become all the more problematic now during the COVID-19 pandemic because of the universal mask wearing when out and about. On the other hand, I suspect that many normal people are having some trouble recognizing faces covered by masks. Before the pandemic, I would often be embarrassed by not recognizing or misidentifying an acquaintance while walking my dog.

Now not so much. It seems that most walkers like me are less inclined to greet passersby, perhaps because we are unsure who they are. Our masks are now covering important facial features used for facial recognition. A recent study from York University in Toronto and Ben-Gurion University in Israel confirmed this by demonstrating “quantitative and qualitative changes in the [visual] processing of masked faces” that “could have significant effects on activities of daily living.”Perhaps everyone now is experiencing a degree of face blindness.

The ability to accurately identify other people by recognizing their faces is important to our social, emotional and cultural behaviors. Our brains appear to learn how to recognize the faces of other people of our race during childhood. A study in 2019 showed that there is a critical period for this learning. Children learn how to recognize faces of the group they are raised with, up until about age 12. White children will become adept at distinguishing white faces, but unless they are exposed to other racial faces, they will have trouble distinguishing people of other races.

To me this implies that there are pathways in the brain, probably in the fusiform gyrus, that are developing new neuronal connections during childhood as we learn what makes one face look different from another, but that this plasticity is lost by age 12. It strikes me that while face masks are drawing our attention to the subject of face blindness, more relevant may be the impact of our children’s social exposure that supports how they see others, literally, in our diverse communities.

In the meantime, if I hope to avoid awkward moments on my dog walks, then I’ll need to attend closely to those masked faces to overcome my combined disadvantage of neurological face blindness and masked face blindness, the first caused by abnormalities of the brain and the second simply due to the blocking of visual cues. My best option may be to pay closer attention to the dogs. Even for me, pets are easy to identify because of shape, size, color of coat and sometimes temperament or behavior. I’ll keep my eye on those canine companions from now on, but I’ll also need to expand my mental dog gallery now to include that curly terrier and his friendly human companion with the baby stroller. Next time we pass on the street, we’ll be strangers no more.

Drexel study: Parks not only safe, but essential during the pandemic 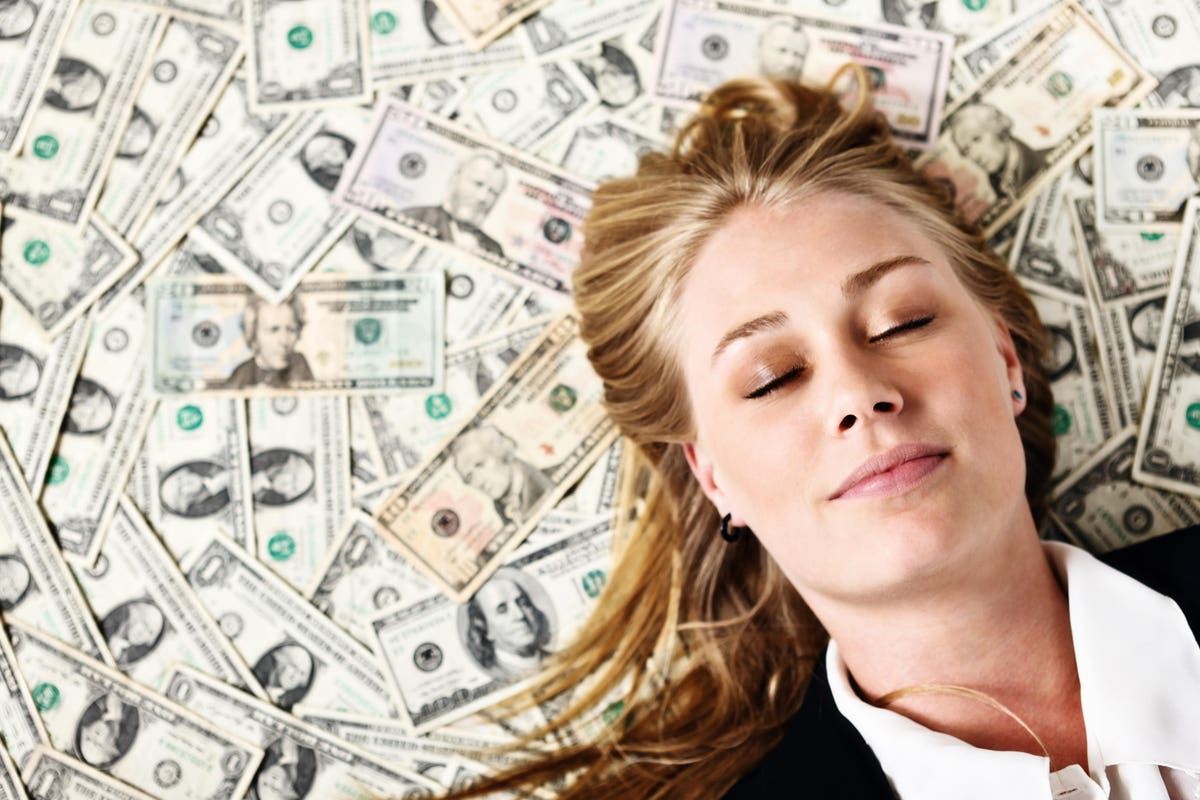 Council Post: Seven Ways To Achieve Passive Income While You Sleep
5 mins ago