The European Commission yesterday appointed German biologist Maria Leptin as the new president of the European Research Council (ERC), which as Europe’s largest basic science funder hands out roughly €2 billion in grants per year. Leptin will be ERC’s fifth president; her 4-year term begins on 1 October.

Leptin comes to ERC after 10 years leading the European Molecular Biology Organization (EMBO), an intergovernmental research institute based in Heidelberg, Germany, that is funded by 30 countries. She is seen as a safe pair of hands after the dramatic resignation last year of her predecessor, Italian American nanoscientist Mauro Ferrari. Ferrari quit after falling out with ERC’s Scientific Council, a body of 22 scientists chaired by the president, over how to use the ERC budget in the midst of a pandemic.

“I do hope that this is the end of the drama for the ERC,” says Lidia Borrell-Damián, secretary-general of Science Europe, an association of science funding organizations. “The ERC is there to promote frontier research and not to play in any drama.”

Unlike Ferrari, who spent much of his career in the United States, Leptin is an insider: She has chaired an evaluation panel for ERC grants since 2008. “She is not a deus ex machina coming from outside with very special ideas,” says Bernhard Eitel, rector of Heidelberg University, where Leptin graduated in 1979 with a degree in math and biology. Leptin is an “extraordinary scientist” whose experience at EMBO has given her “deep insights in the European research processes as well as in European research policy,” Eitel says.

When Ferrari resigned last year, the Scientific Council accused him of having neglected his duties as president in order to attend to his commercial interests in the United States, and of misunderstanding the “raison d’être” of ERC, allegations he denied. Leptin is more of a “classic academician,” with “the knowledge to run a board that’s more of an academic institution,” says Christian Ehler, a German member of the European Parliament who focuses on research policy.

To protect science from politics, ERC only awards grants for bottom-up, curiosity-driven proposals, and it never defines specific topics in its calls for proposals. That political independence is vigorously defended by the Scientific Council, which is why Ferrari’s push for a specific call on COVID-19 caused an uproar, especially when he discussed his ideas with Ursula von der Leyen, president of the European Commission.

The Scientific Council appears to have been more closely involved in choosing Leptin than it was in Ferrari’s appointment, says Jan Palmowski, secretary-general of the Guild of European Research-Intensive Universities. “We absolutely need a president who enjoys the trust of the Scientific Council and who takes their concerns seriously,” he says.

Leptin says she will try to prevent new clashes. “My style of getting things done is finding consensus rather than starting a war,” she says, though she stresses that’s not a criticism of her predecessor. She says she will “continue the fight” for ERC’s budget, which stands at €16 billion for 2021–27, coming from the €95.5 billion Horizon Europe program.

Although she will stick to the principle of “excellence” as the sole criterion for awarding grants, she says she wants to “spend some time looking into who is less well-served [by ERC] and what can be done about that,” in terms of geographic disparities between Eastern and Western Europe, as well as differences between disciplines. The way grants are delivered for molecular biology research may not be appropriate for philosophy, for example, where research teams tend to be smaller, she says.

Borrell-Damián says she hopes Leptin will be able to use her position to advocate for Swiss participation in ERC. Swiss researchers have been among the most successful in winning ERC grants in the past, but the European Commission has left Switzerland off its list of non-EU countries that it views as candidates to join Horizon Europe, after the country withdrew from talks over a new trade agreement. Leptin says Swiss participation is a concern “because they are strong colleagues.” She adds, “We don’t consider countries to matter, we consider science to matter, so it would be much better for them to be in, and I’m hoping it’s a political problem to be solved.”

Leptin’s research has spanned developmental biology and immunology, and she tells Science she’s most proud of her work on epithelial folding in gastrulation, the process by which a fertilized egg takes the shape of an embryo. “That was a totally new discovery,” she says. “We knew a lot of other aspects of development at the time, but how shape is attained was not known.”

Do these fossilized structures belong to Earth’s first animals? 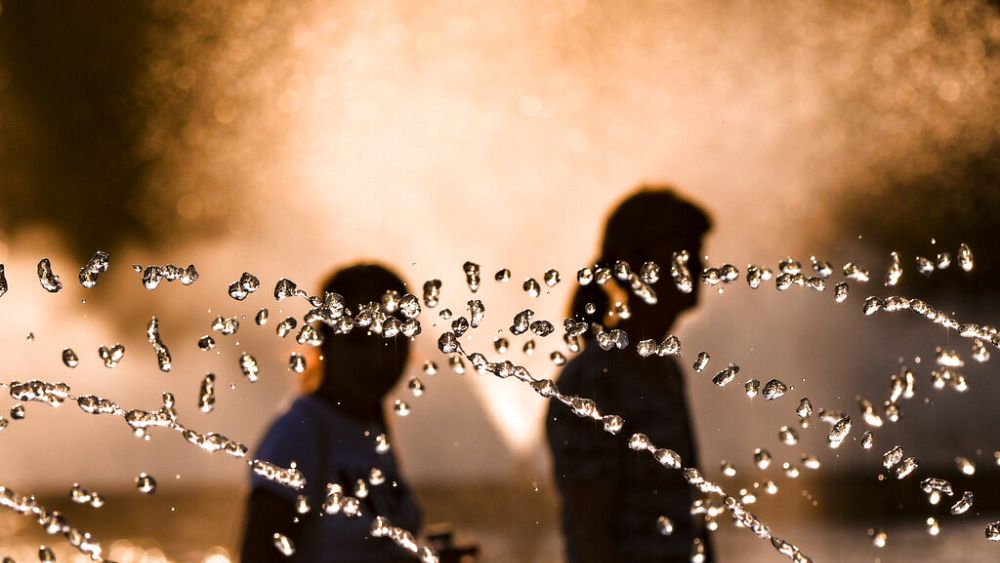 Key Republican senators say they’re ready to take up an infrastructure deal, paving the way for a vote.
3 mins ago

Key Republican senators say they’re ready to take up an infrastructure deal, paving the way for a vote.