Software runs the world. It controls smartphones, nuclear weapons, and car engines. But there’s a global shortage of programmers. Wouldn’t it be nice if anyone could explain what they want a program to do, and a computer could translate that into lines of code?

A new artificial intelligence (AI) system called AlphaCode is bringing humanity one step closer to that vision, according to a new study. Researchers say the system—from the research lab DeepMind, a subsidiary of Alphabet (Google’s parent company)—might one day assist experienced coders, but probably cannot replace them.

“It’s very impressive, the performance they’re able to achieve on some pretty challenging problems,” says Armando Solar-Lezama, head of the computer assisted programming group at the Massachusetts Institute of Technology.

AlphaCode goes beyond the previous standard-bearer in AI code writing: Codex, a system released in 2021 by the nonprofit research lab OpenAI. The lab had already developed GPT-3, a “large language model” that is adept at imitating and interpreting human text after being trained on billions of words from digital books, Wikipedia articles, and other pages of internet text. By fine-tuning GPT-3 on more than 100 gigabytes of code from Github, an online software repository, OpenAI came up with Codex. The software can write code when prompted with an everyday description of what it’s supposed to do—for instance counting the vowels in a string of text. But it performs poorly when tasked with tricky problems.

AlphaCode’s creators focused on solving those difficult problems. Like the Codex researchers, they started by feeding a large language model many gigabytes of code from GitHub, just to familiarize it with coding syntax and conventions. Then, they trained it to translate problem descriptions into code, using thousands of problems collected from programming competitions. For example, a problem might ask for a program to determine the number of binary strings (sequences of zeroes and ones) of length n that don’t have any consecutive zeroes.

When presented with a fresh problem, AlphaCode generates candidate code solutions (in Python or C++) and filters out the bad ones. But whereas researchers had previously used models like Codex to generate tens or hundreds of candidates, DeepMind had AlphaCode generate up to more than 1 million.

To filter them, AlphaCode first keeps only the 1% of programs that pass test cases that accompany problems. To further narrow the field, it clusters the keepers based on the similarity of their outputs to made-up inputs. Then, it submits programs from each cluster, one by one, starting with the largest cluster, until it alights on a successful one or reaches 10 submissions (about the maximum that humans submit in the competitions). Submitting from different clusters allows it to test a wide range of programming tactics. That’s the most innovative step in AlphaCode’s process, says Kevin Ellis, a computer scientist at Cornell University who works AI coding.

To further test its prowess, DeepMind entered AlphaCode into online coding competitions. In contests with at least 5000 participants, the system outperformed 45.7% of programmers. The researchers also compared its programs with those in its training database and found it did not duplicate large sections of code or logic. It generated something new—a creativity that surprised Ellis.

“It continues to be impressive how well machine-learning methods do when you scale them up,” he says. The results are “stunning,” adds Wojciech Zaremba, a co-founder of OpenAI and co-author of their Codex paper.

AI coding might have applications beyond winning competitions, says Yujia Li, a computer scientist at DeepMind and paper co-author. It could do software grunt work, freeing up developers to work at a higher, or more abstract level, or it could help noncoders create simple programs.

David Choi, another study author at DeepMind, imagines running the model in reverse: translating code into explanations of what it’s doing, which could benefit programmers trying to understand others’ code. “There are a lot more things you can do with models that understand code in general,” he says.

For now, DeepMind wants to reduce the system’s errors. Li says even if AlphaCode generates a functional program, it sometimes makes simple mistakes, such as creating a variable and not using it.

There are other problems. AlphaCode requires tens of billions of trillions of operations per problem—computing power that only the largest tech companies have. And the problems it solved from the online programming competitions were narrow and self-contained. But real-world programming often requires managing large code packages in multiple places, which requires a more holistic understanding of the software, Solar-Lezama says.

The study also notes the long-term risk of software that recursively improves itself. Some experts say such self-improvement could lead to a superintelligent AI that takes over the world. Although that scenario may seem remote, researchers still want the field of AI coding to institute guardrails, built-in checks and balances. 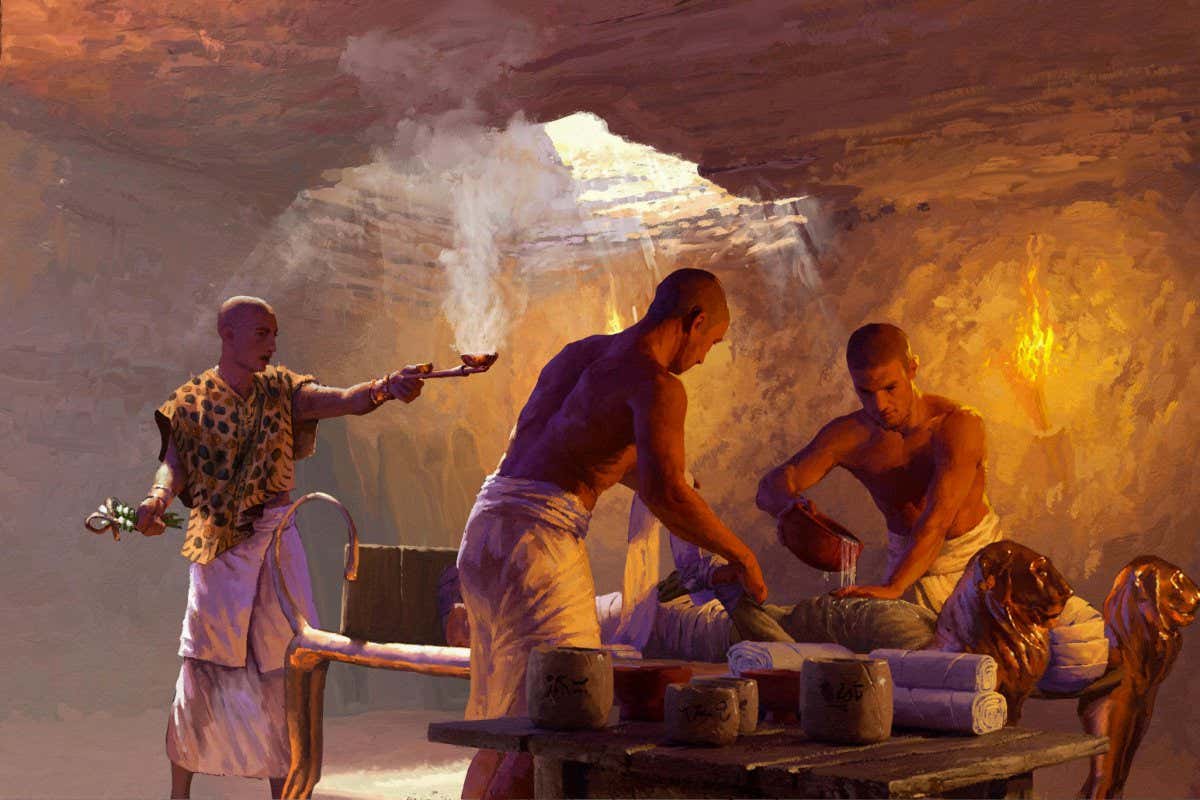