An analysis of satellite images by The New York Times refutes claims by Russia that the killing of civilians in Bucha, a suburb of Kyiv, occurred after its soldiers had left the town.

When images emerged over the weekend of the dead civilians lying on the streets of Bucha — some with their hands bound, some with gunshot wounds to the head — Russia’s Ministry of Defense denied responsibility. In a Telegram post on Sunday, the ministry suggested that the bodies had been recently placed on the streets after “all Russian units withdrew completely from Bucha” around March 30.

Russia claimed that the images were “another hoax” and called for an emergency U.N. Security Council meeting on what it called “provocations of Ukrainian radicals” in Bucha.

But a review of videos and satellite imagery by The Times shows that many of the civilians were killed more than three weeks ago, when Russia’s military was in control of the town.

One video filmed by a local council member on April 2 shows multiple bodies scattered along Yablonska Street in Bucha. Satellite images provided to The Times by Maxar Technologies show that at least 11 of those had been on the street since March 11, when Russia, by its own account, occupied the town

To confirm when the bodies appeared, and when the victims were likely killed, the Visual Investigations team at The Times conducted a before-and-after analysis of satellite imagery. The images show dark objects of similar size to a human body appearing on Yablonska Street between March 9 and March 11. The objects appear in the precise positions in which the bodies were found after Ukrainian forces reclaimed Bucha, as the footage from April 2 shows. Further analysis shows that the objects remained in those position for over three weeks.

A second video taken on Yablonska Street shows three more bodies. One lies beside a bicycle, another near an abandoned car. Satellite imagery shows that the abandoned cars and the nearby body appear between March 20 and 21.

These are just some of the civilian victims discovered since Saturday. The Associated Press published images of at least six dead men lying together in the rear of an office building, some with hands tied behind their backs. The building is one mile west of the other victims found along Yablonska Street.

Another mile further along, a photographer with The Times discovered a man with a gunshot wound to his head lying beside a bicycle. 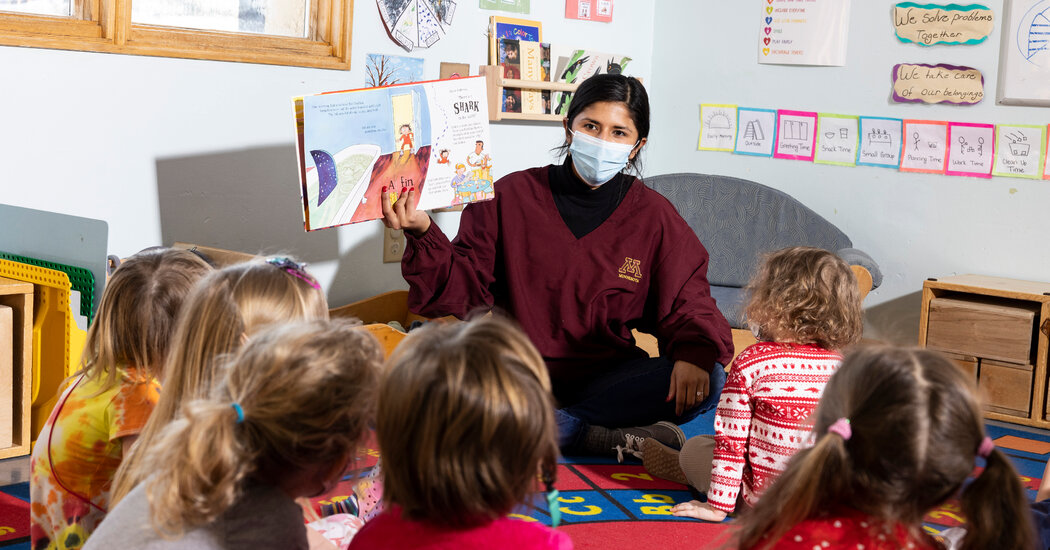 As vaccines for younger U.S. children roll out, the effects on day care centers may be muted.