The Biden administration on Monday said that it would indefinitely continue the Trump-era policy of swiftly expelling migrants and asylum-seekers from the U.S., citing the rapidly-spreading COVID-19 Delta variant and the highest number of unlawful border crossings in over 20 years.

Rochelle Walensky, director of the Centers for Disease Control and Prevention (CDC), issued a new order supporting the continued enforcement of the Title 42 public health authority, which was first invoked by the Trump administration in March 2020 to shutter U.S. borders to migrants.

By citing Title 42, U.S. officials at the southern border are able to expel migrants to Mexico or their home countries without allowing them to apply for humanitarian refuge. The so-called “expulsions” are designed to prevent overcrowding and COVID outbreaks inside short-term Border Patrol facilities, government officials have argued.

Walensky said that discontinuing the expulsions, as some advocates had urged, would cause “severe overcrowding and a high risk of COVID-19 transmission” among migrants in U.S. custody and border agents. Health care systems in communities along the U.S.-Mexico border would also be overburdened, she added.

“All of this is of particular concern as the Delta variant continues to drive an increase in COVID-19 cases,” Walensky wrote in her order. “While scientists learn more about Delta and other emerging variants, rigorous and increased compliance with public health mitigation strategies is essential to protect public health.”

Migrant adults and families, Walensky determined, should continue to be expelled “pending further improvements in the public health situation.”

The U.S. expects to record about 210,000 migrant apprehensions along the southern border in July, which would mark the highest monthly total since 2000, according to government data submitted to a federal court. It also expects to record 80,000 apprehensions of parents and children traveling as families, and 19,000 of unaccompanied minors — an all-time high.

As of Sunday, Border Patrol was detaining 17,778 migrants, with its holding facilities collectively at 377% capacity. Seven of nine Border Patrol sectors were over capacity, including Texas’ Rio Grande Valley, where the largest holding facility for unaccompanied minors and families was at 446% of its capacity.

“The United States has been built by generations of immigrants in search of refuge,” Shahoulian said in his filing. However, he added, “given the unique public health danger posed by the ongoing pandemic, implementation of the CDC Order is critical to preventing overcrowding and the spread of infection within DHS facilities.”

Monday’s announcement is a major setback for advocates supporting asylum-seekers who had been pushing the Biden administration for months to lift the Title 42 policy. They have denounced the Title 42 expulsions as an illegal Trump administration policy that denies migrants U.S. sanctuary and places them in harm’s way.

“This order, like its prior iterations, evades U.S. refugee law and endangers refugees’ lives,” Eleanor Acer, senior director for refugee protection at Human Rights First, told CBS News. “The Biden administration apparently plans to use this order to continue to expel many people seeking refuge back to dangerous conditions in Mexico, where they will continue to be targeted for more kidnappings and violent attacks.”

Human Rights First has compiled 3,276 reports of kidnappings, rape and assaults against migrants and asylum-seekers stranded in Mexico as result of the Title 42 rule since President Biden took office in January.

Earlier on Monday, the American Civil Liberties Union resumed its lawsuit against the border expulsions, saying its months-long negotiations with the Biden administration had collapsed. The group asked a federal court to prohibit the government from expelling families traveling with children.

Mr. Biden came into office pledging to end Trump-era asylum limits, which he denounced as draconian and cruel during the presidential campaign.

His administration quickly terminated the Trump administration practice of requiring migrants to wait in Mexico for their U.S. asylum hearings, and has since allowed 13,000 of those affected by the policy to enter the country. It also discontinued the long-term detention of migrant families.

The Biden administration refused to expel unaccompanied children under Title 42, a practice that three judges found to be unlawful. Also, it has allowed 16,000 migrants deemed to be at-risk in Mexico to enter the U.S. under Title 42 exemptions, according to a government court filing.

But the Biden administration has also vigorously defended in federal court its ability to continue Title 42, which it has used to expel the vast majority of migrant adults and some families with children encountered at the southern border since January.

In her order Monday, Walensky, the CDC’s director, said unaccompanied children could be exempted from expulsions because there is “appropriate infrastructure” in place to protect them and the adults they come in contact with from the coronavirus while they are housed in shelters and ultimately, released to family members in the U.S.

“There is very low likelihood” that allowing unaccompanied minors to stay in the U.S. while their requests for humanitarian relief are adjudicated “will result in undue strain on the U.S. health care system or health care resources,” Walensky said.

However, a complete end to Title 42, the CDC director said, could prompt families and single adults to crowd Border Patrol facilities that are “ill-equipped to manage an outbreak” and that are operating under limited capacity during the pandemic. Those who become sick would be transferred to local medical institutions and “strain local or regional health care resources,” Walensky said.

Local non-profits that shelter and provide COVID testing to migrant families are “stretched thin” and would not be able to serve all parents and children who cross the southern border, Walensky added. 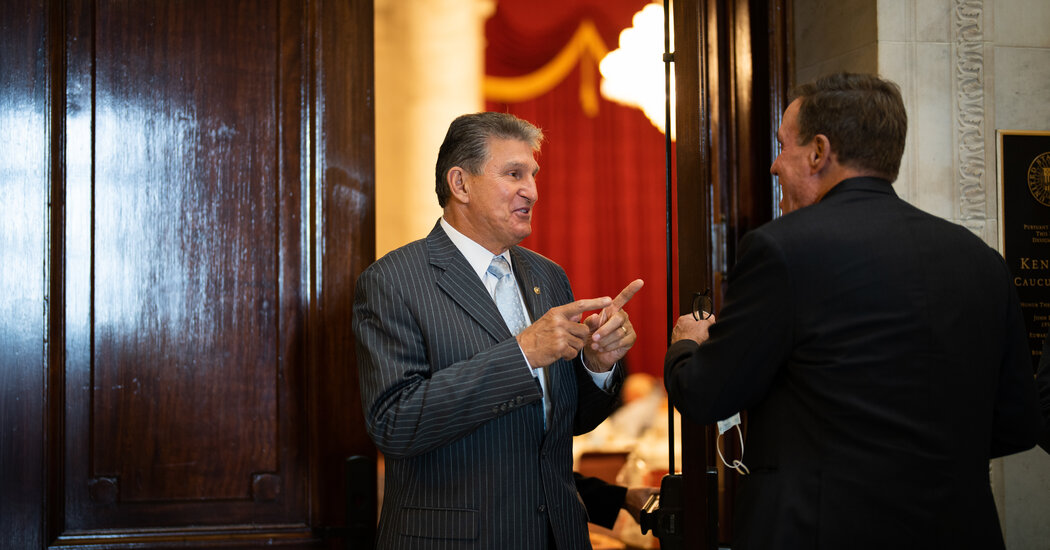