In a separate challenge, brought by the Department of Justice, however, several conservative justices did express some reservations about the breadth of the government’s arguments, with Chief Justice John Roberts calling the Biden administration’s argument “as broad as can be.”

Some justices, lead by Justice Elena Kagan, suggested that the court could allow the suit brought by abortion providers to go forward and refrain from having to take action on the more complicated Justice Department case.

Reading tea leaves at oral arguments, however, is a complicated endeavor. The arguments were lively, featuring four lawyers probing the law that has blocked most women from getting abortions in Texas before they even know they are pregnant. Texas Attorney General Ken Paxton got a rare seat at the counsel table sitting near his legal team. The majestic chamber was nearly empty due to Covid restrictions, with lawyers, journalists and law clerks sitting 6 feet apart and wearing masks. Only the spouses of Roberts and Justice Stephen Breyer, Jane Roberts and Joanna Breyer, sat in a visitor’s section.

Amid a nationwide firestorm, the Supreme Court agreed to fast-track two appeals brought by a coalition of abortion providers and the Biden administration, signaling that the justices understand the case to be one of the most urgent the court has considered under Roberts.
While both the providers and the Biden administration had won challenges in federal district court, the conservative 5th US Circuit Court of Appeals reversed and allowed the law to remain in effect.

Lawyers fighting the law called it blatantly unconstitutional and designed with the express intent to make challenges in federal court nearly impossible, therefore nullifying a woman’s constitutional right to an abortion.

“Texas designed SB 8 to thwart the supremacy of federal law in open defiance of our constitutional structure,” said Solicitor General Elizabeth Prolegar, arguing for the Justice Department. “States are free to ask this court to reconsider its constitutional precedents, but they are not free to place themselves above this court, nullify the court’s decisions in their borders and block the judicial review necessary to vindicate federal rights.”

SB 8, the law in question, bars abortions after the detection of a fetal heartbeat at around six weeks — often before a woman knows she is pregnant — and is in stark contrast to Roe v. Wade, the 1973 landmark decision legalizing abortion nationwide prior to viability, which can occur at around 24 weeks of pregnancy.

After the justices allowed the law to go into effect on September 1, with Roberts joining the liberal justices in dissent, women in the state scrambled across state borders and lower-income women were left with few options. The law has no exception for rape or incest.
The justices’ new, more comprehensive look at the law comes as polls found that public opinion of the justices has reached a new low, and as progressive groups are pushing to add more members to the court in order to dilute the conservative majority.

On Monday, the justices limited their review to the law’s novel structure, which bars state officials from enforcing it.

Instead, private citizens — from anywhere in the country — can bring civil suits against anyone who assists a pregnant person seeking an abortion in violation of the law. Critics say the law was crafted to shield it from challenges in federal courts and stymie attempts by abortion providers and the government to sue the state and block implementation.

Marc Hearron, a lawyer for a coalition of abortion providers, argued that the providers should be able to proceed with a lawsuit targeting not only Texas officials but also state court judges, clerks and any private parties who are responsible for implementing the law. The crux of the argument is that the state legislature cannot craft a law that’s insulated from review in federal courts, particularly when the state has delegated enforcement to the general public.

While the state would be immune from such a lawsuit under normal circumstances, Hearron argued that in this instance the case can go forward because a federal constitutional right is at stake and private individuals are acting as agents of the state.

“In enacting SB 8, the Texas Legislature not only deliberately prohibited the exercise of a constitutional right recognized by this court, it did everything it could to evade effective judicial protection of that right in federal or state court,” he said.

He said the lawsuit should be able to go forward because the state “delegated enforcement to literally any person anywhere except for its own state officials.”

But Texas Solicitor General Judd Stone said the case should not be able to proceed in federal court because the state is not the proper defendant, since SB 8 bars state officials from enforcing the law. He stressed that the law allows civil lawsuits to proceed in state courts after an abortion is challenged.

Critically, Justice Amy Coney Barrett expressed discomfort with the idea that a federal court could not hear the challenge and wondered if a federal constitutional defense “can be fully aired” in state courts. She seemed troubled that a state court hearing would be sufficient to air constitutional grievances.

And Justice Brett Kavanaugh wondered if other states might copy the law to restrict other rights concerning such issues as gun control and free speech. He asked whether the law couldn’t be “easily replicated in other states that disfavor other constitutional rights.”

Critically, though, while Barrett and Kavanaugh seemed receptive to the argument put forward by the providers, both had previously voted to allow the controversial law to remain in effect.

Roberts, on the other hand, who would have voted to block SB 8, did express some concern that the providers were targeting state judges who might implement the law. “You might appreciate that the idea of suing the judges sort of got our attention,” he said to Hearron.

But at another point Roberts worried about the chilling effect of the law. As things stand, providers are not attempting to carry out abortions because of draconian penalties. That means Roe v. Wade has become a dead letter in the state.

“As I understand it,” Roberts said to Stone, “the only way in which you get federal court review is, of course, for somebody to take action that violates the state law,” suggesting that such legal challenges may never reach open court.

Conservative Justice Neil Gorsuch emerged as the strongest defender of Texas’ argument, while Kagan expressed the most criticism, at one point sarcastically referring to the law’s architects as “some geniuses.”

When it was her turn, US Solicitor General Prelogar vigorously defended the government’s ability to challenge the law, calling it a “brazen attack” on the coordinate branches of federal government.

But Roberts grilled her on the scope of the government’s argument. “The authority you assert is broad as can be,” he said referring to it as a “limitless, ill-defined” authority.

Justice Samuel Alito said he understood the government’s concerns — “I get it,” he told Prelogar — but he rejected her argument that the court’s opinion would apply only to the case at hand. “When we decide a case, the rule that we establish should apply to everybody,” he said.

Kagan continued her attack on the law. She told Stone that if he were right, “we would be inviting states — all 50 of them — with respect to their unpreferred constitutional rights, to try to nullify the law” when it comes to issues like “guns, same-sex marriage, religious rights.” She said there would be “nothing the Supreme Court could do about it.”

Impact of the law thus far

Supporters and critics of the law weighed in with “friend of the court” legal briefs, attempting to illustrate the broad impact of a potential ruling.

Massachusetts Attorney General Maura Healey, a Democrat, leads a coalition of 24 attorneys general siding with the abortion providers in the state. In their brief, Healey detailed how clinics in neighboring states are overwhelmed with patients from Texas. Healey warned the justices that if they were to greenlight the Texas law, other states could draft similar laws in areas such as gun rights, marriage equality and voting rights.

Healey told the court that the states recognize the “vital role” that judicial review plays in resolving tensions between a state’s policy preference and a constitutional right. “Where longstanding precedent clearly and unambiguously forecloses a particular policy as unconstitutional, a State cannot be permitted to disregard that precedent by passing an unconstitutional law and shielding it from judicial review,” Healey argued.

Indiana and 19 other Republican-led states filed a brief in support of Texas, arguing that the district court that ruled in favor of the Department of Justice “threatens to expose every State in the Union to a suit by the federal Executive Branch whenever the U.S. Attorney General deems a state law to violate some constitutional right of someone, somewhere.”

This story has been updated with developments Monday. The Great Resignation Helps Workers, But Hurts Consumers. Here’s Why.
3 mins ago

The Great Resignation Helps Workers, But Hurts Consumers. Here’s Why. 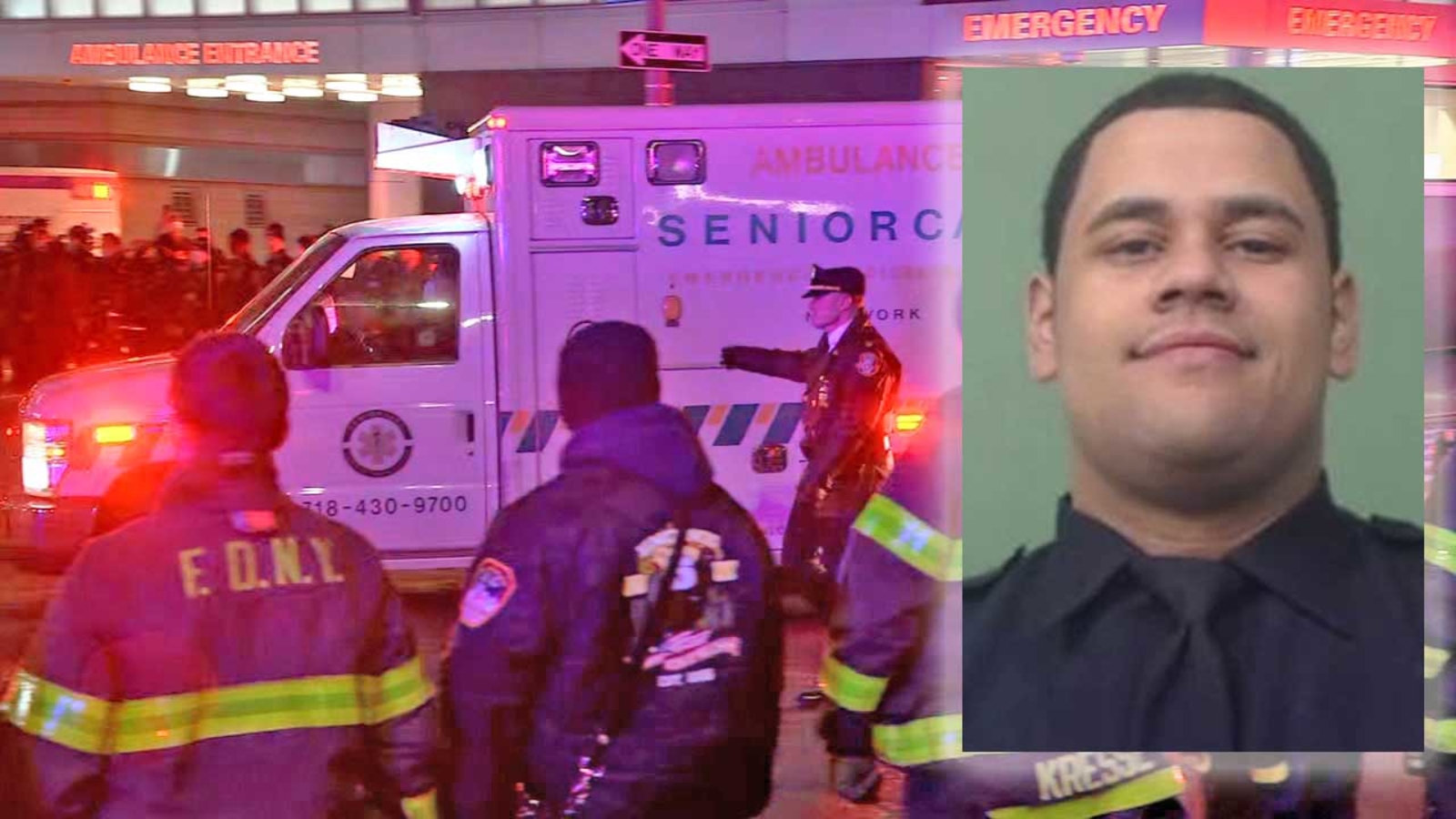 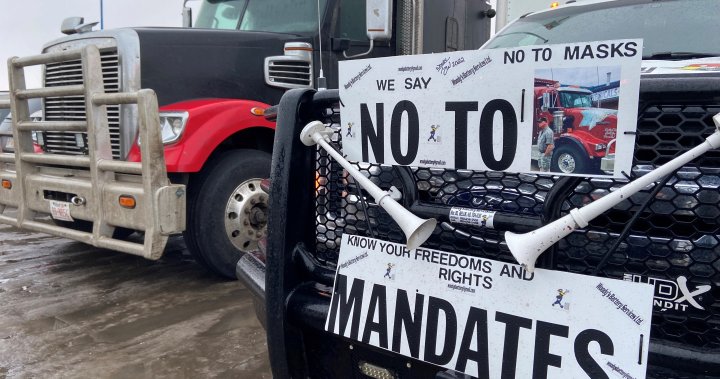