Donald Trump’s presidency is ending in a riot of division, discord and disgrace that encapsulates the pandemonium of his single term that culminated in him inciting an insurrection against Congress and a legacy that will take years to purge from the American psyche.
Trump is expected to unfurl a new list of pardons, including for white-collar criminals and celebrity rappers, in his last full day in office Tuesday that is likely to reflect the self-dealing contempt for justice that was a dominant theme of his tumultuous term. And there are sure to be more political traps for Joe Biden’s incoming administration on his way out the door.

The very experience of being alive in America will change at noon on Wednesday when the mandate expires of the loudest, most disruptive and erratic commander in chief in history — who forced himself into every corner of life on his social media feed and constant craving for the spotlight.

Millions of Americans who viewed the twice-impeached Trump’s assaults on decency and the rule of law with shame and alarm will finally be able to breathe easily again, liberated from his strongman’s shadow. Biden will be a President who seeks to unify an internally estranged nation in contrast to Trump’s obsession with ripping at its social, racial and cultural fault lines to cement his power. Trump’s cynical weaponizing of race reemerged on Monday when his White House chose the national holiday honoring Martin Luther King Jr. to issue a commission report that minimizes slavery and insults the modern civil rights movement.

But this is only one view of Trump. The 74 million Americans who voted to reward him with a second term saw him as a leader who voiced their anger at political, business and media elites. Trump channeled their belief that an increasingly diverse and socially liberal nation threatened their values, religion, gun rights and cultural heritage. His exit could trigger volatile political forces among a community that will mourn his White House. The continued devotion of Trump’s loyal base voters means that while Biden can wipe out many of the outgoing President’s policy wins, removing his influence from politics may well be impossible.

As he moves into retirement, Trump’s presidency will personify the divides between two halves of a populace — one largely conservative and rural and the other more liberal, suburban and city-dwelling. The two increasingly lack a common cultural language and definition of patriotism — and thanks to Trump and the media propagandists who sustained his personality cult, even a common version of truth.

Trump’s political career began with outrageous lies and a conspiracy theory over former President Barack Obama’s birthplace. It is ending, at least for now, with another even more outrageous one: the false claim that he won an election he clearly lost. Trump’s perpetuating of this alternative reality has caused catastrophic damage to faith in government that is the bedrock of any functioning nation. His shattering of the tradition of peaceful US transfers of power threatens to suffocate Biden’s legitimacy and prolong the nation’s agony at a time of dire crises.

After his final White House departure on Wednesday, Trump’s Marine One will fly over miles of iron fencing and troops protecting the US Capitol from a repeat of the mob insurrection he enlisted and inspired. There could not be a better metaphor for his assault on American democracy.

Biden’s inaugural celebrations will also be muted by the never worse pandemic that was fueled by presidential neglect. Nearly 400,000 Americans, many whose deaths could have been prevented, are dead on Trump’s watch. Like his election sedition, Trump’s denial over Covid-19 was rooted in an incessant focus on his own political needs rather than his oath to faithfully execute the office of the presidency he swore in January 2017.

The President’s premature push to reopen the country in the service of his reelection campaign last summer helped spark a murderous second wave of the virus. Future generations will understand his contempt for science through his barely believable public pondering about whether ingesting disinfectant could cure Covid-19.

A desire to promote his own interests was also reflected in the outgoing President’s attempts to funnel cash and publicity toward his worldwide real estate and hotel empire. This was highlighted by his abortive effort to host the G7 summit at his struggling Doral golf resort in Florida. In many ways, Trump attitude to the presidency was the exact inverse of President John Kennedy’s inaugural admonishment to his fellow citizens: “Ask not what your country can do for you, ask what you can do for your country.”

A legacy that will outlast his term

In purely political terms, the President leaves office with some achievements that will long outlast his term. He fundamentally remodeled the Supreme Court and the judiciary on conservative lines. He presided over the first criminal justice reform in years. And he managed to avoid being drawn into foreign wars and beefed up US policy toward an increasingly hostile China while putting NATO nations on notice they must spend more in their own defense. At the same time, he trashed America’s reputation among its friends abroad, treated another looming threat — climate change — with the same denial he brought to the coronavirus and fawned over autocratic US enemies such as Vladimir Putin and Kim Jong Un.

But perhaps his term will be mostly remembered for his adoption of “forgotten Americans” in midwestern and southern cities hollowed out by globalized free trade policies. Trump powerfully identified a populace badly neglected by Washington politicians of both parties — as well as an audience for his populist, nationalist politics. But the facts suggest the President’s tax cuts and economic policies in practice did more for corporations and rich cronies that the heartland Americans he championed.

His promise to furnish Americans with a “beautiful” health care plan never materialized. And his immigration policy and southern border wall that Mexico never paid for turned out to be more successful as a demagogic prop than in addressing the causes of undocumented immigration.

Trump’s post-election propagandizing has added a dangerous layer of radicalization to the grievances of his supporters, millions of whom now reject the structures of US government they believe unjustly ejected their leader.

Partly because of this, he leaves behind a country that is now as divided as it has been since the Civil War, in which White nationalism is on the march and in which extreme groups like QAnon have infiltrated a shattered Republican Party. How Trump’s voters react to his departure will not only shape the future of the GOP — a party that has shown itself to live in fear of Trump’s base — but will have huge implications for American unity in time to come.

Biden’s inheritance is the most challenging of any new President since Franklin Roosevelt, who took office in the teeth of the Great Depression in 1933, at a time when Nazism was building its totalitarian horror in Europe.

Despite Biden’s ambitious goals on issues such as climate, health care and foreign policy, the success of his presidency will likely be judged on his ability to lead America out of the worst public health crisis in 100 years and the economic nightmare it created. And every President faces crises that they could never have anticipated.

But one thing is for sure — his White House will be far more conventional, quiet and stable than Trump’s. In fact, America may never see anything quite like the last four years again. 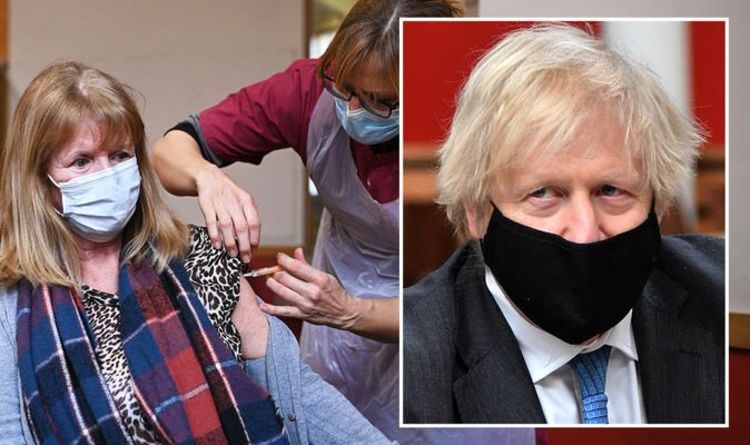 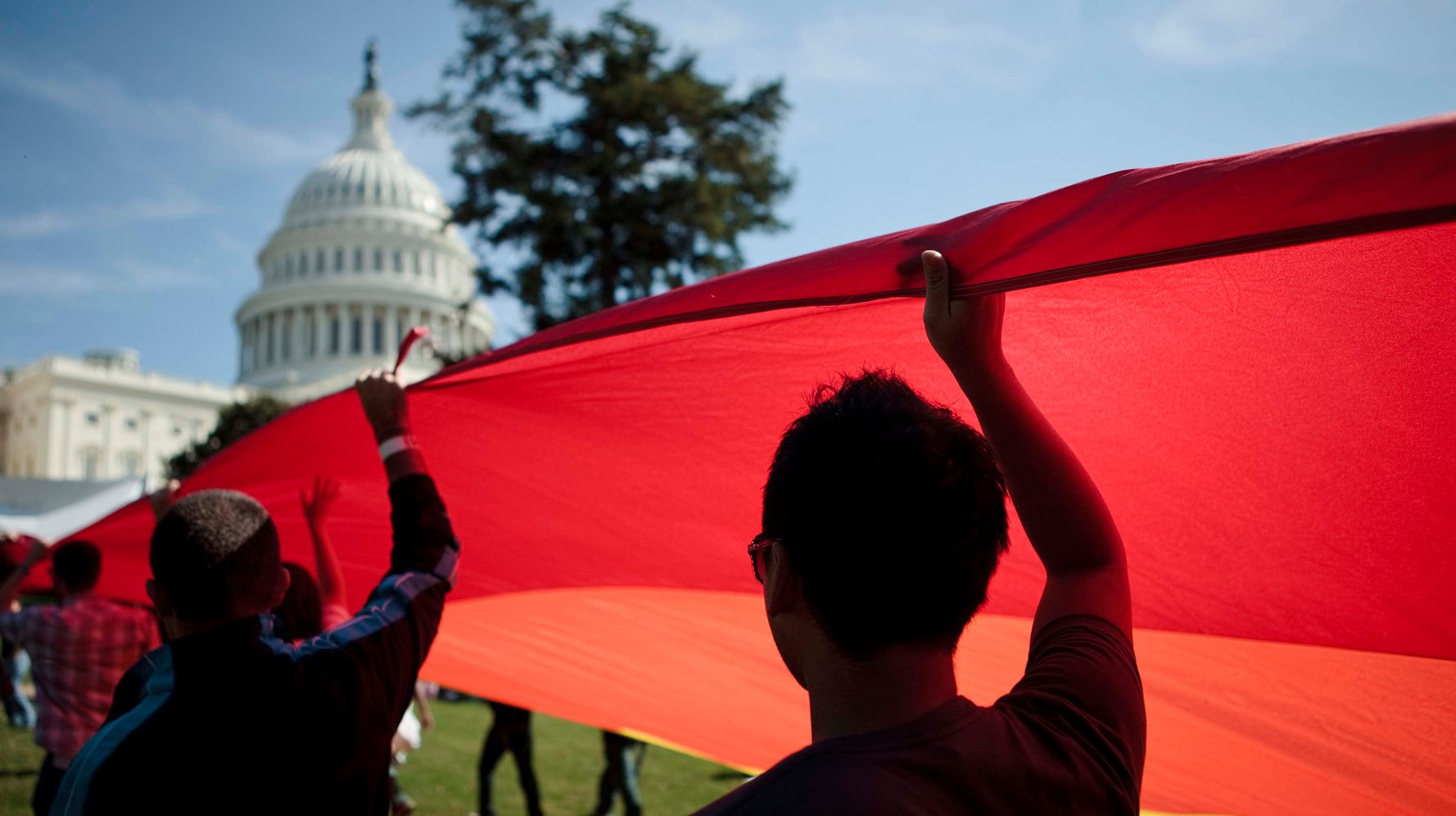 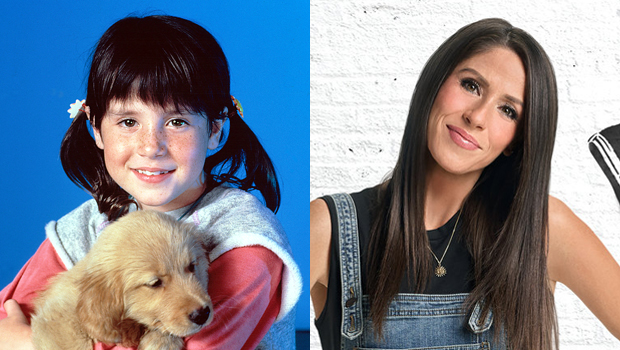 ‘Punky Brewster’ Cast Then & Now: See Soleil Moon Frye All Grown Up After 37 Years
4 mins ago