After the Trump-backed candidate in Texas’ 6th Congressional district runoff election lost this week, the pressure is now on the former President to prove his endorsement — one of his most powerful tools within the Republican Party — still holds significant sway in GOP primaries.

Trump endorsed coal lobbyist Mike Carey in the special election for Ohio’s 15th Congressional District in early June, throwing his weight behind a political novice in a race against a host of other Republicans, including multiple local elected officials. The Republican primary to replace former Rep. Steve Stivers, who left Congress earlier this year to lead the Ohio Chamber of Commerce, is Tuesday.

It’s a crowded race, with close to a dozen Republicans still vying for the congressional seat. This has led multiple Republican operatives, both in Ohio and nationally, to speculate that it is eminently possible for Trump’s candidate to lose the primary — and to acknowledge that yet another loss for Trump would dent his standing as a Republican kingmaker. It also could be personally frustrating for Trump, a politician who routinely bragged as President about the strong win percentage of the Republicans he backed in primaries.

“These specials are volatile,” said a senior Republican strategist who has worked on House races. “People don’t know these guys as well. There are not the massive amounts of attention. … They need to make sure their message actually breaks through. And that’s hard to do.”

On the ground, both Republican operatives unaligned with a candidate as well as those working for a campaign acknowledge that while Trump’s endorsement is powerful, it is diluted by the size of the field, the fact that candidates have had roughly only three months to campaign and the reality that nearly all candidates in the race are tying themselves to Trump’s message.

“Obviously, the Trump endorsement is a big boost for Carey,” said a top strategist for Ruth Edmonds, a Black Republican who is running as a candidate in line with Trump. “But it is not as big of a factor, as you are already seeing with what happened in Texas the other day, and there are just so many candidates in this race.”

The strategist also noted that most voters just aren’t engaged in the election, with the Edmonds campaign expecting roughly 40,000 people to vote in the primary. In the 2020 general election, there were more than 380,000 votes cast in the district’s House race.

“We are looking at a race with very, very low turnout,” the strategist said. “So, is the Trump endorsement important? Obviously. But it is not the end of the world, especially in a race like this.”

Jeff LaRe, a member of the Ohio House of Representatives running in the primary, acknowledged as much in a statement to CNN.

“I’m certainly honored to have many endorsements in this race, but at the end of the day, I’m Jeff LaRe,” the candidate said. “There are real people in this race, and I think what it comes down to is getting my message out, letting people know who I am and what I stand for as I head to Washington.”

Despite Trump’s involvement, high-profile Republicans have not coalesced around Carey, nor a single alternative. Stivers, for instance, has endorsed LaRe, calling the former sheriff’s deputy a “conservative leader.”

But Sen. Rand Paul, the Kentucky Republican and frequent Trump ally, is backing Ron Hood, a former state representative who has taken up Paul’s crusade against Dr. Anthony Fauci, the chief medical adviser to President Joe Biden. And behind Edmonds, a former Columbus NAACP president and conservative activist, is Debbie Meadows, the wife of former Trump chief of staff Mark Meadows.

Such a wide-open primary and split within his larger circle of influence could be an existential threat to Trump.

While polls show an overwhelming number of Republicans remain loyal to the former President, his endorsement is central to his standing within the party — both the prospect of him drumming up support for a candidate and the possibility that he could endorse an opponent. But times have changed for Trump: He no longer has the White House bully pulpit, he can’t fly Air Force One into a district and rally in front of it and he has been suspended from multiple social media platforms after his actions on January 6, something multiple operatives believe has weakened the power of his endorsement.

“Facebook is where a tremendous amount of rural Ohioans get their news. That is just a rurality,” said Colton Henson, an unaligned Republican operative who lives in the congressional district. “So that has been even more tough (for Trump) because the average 65-year-old woman who is a retired school employee or factory worker, she is on Facebook and Trump’s website just isn’t accessed by the average voter.”

Henson said the Trump endorsement “matters a lot to the voters who know it,” but with all the other candidates in the race touting themselves as Trump-aligned candidates, there is “a lot of confusion” among voters.

“If you are a voter who wants to take your marching orders from President Trump on this the other candidates have purposely made it harder” to do that, Henson said.

In an attempt to avoid another loss, a top Trump-aligned super PAC is looking to boost Carey even more, pledging to spend $350,000 to boost the lobbyist in the final days of the campaign. The money will fund television and digital ads, along with direct text messages to voters.

It’s a sizable buy in a special election — and Ohio Republicans said it could make a difference come Tuesday — but the starkest takeaway, they said, may be how it lays bare that Trump and those close to him don’t want to suffer another loss.

“One of the biggest ‘sticks’ Trump has is the ability to influence Republican primaries,” said Matt Gorman, a Republican strategist and former top communicator at the National Republican Congressional Committee. “He needs to keep that ability intact. Ohio is a huge test for that.”

Some Republican operatives, however, cautioned reading too much into two special elections in congressional races, given the lack of attention paid to each contest.

Still, one strategist acknowledged that since Susan Wright’s loss to Jake Ellzey in the race for Texas’ 6th Congressional District, the former President’s political team has every incentive to pull out all the stops for Carey.

“I imagine Trump world will be doubling down this week, so they don’t have further egg on their face,” said this strategist.

The former President issue yet another statement on Carey on Wednesday, calling him “a true champion” who is “doing really well against the gang of RINOs in Ohio’s 15th Congressional District.”

Trump also looked to boost Carey at a recent rally in Wellington, Ohio, an event aimed at supporting another congressional candidate, Max Miller, in his quest to oust Rep. Anthony Gonzalez, who voted to impeach Trump earlier this year.

“He’s a wonderful man,” Trump said at the event. “I’ve known him for a long time, Mike Carey.” 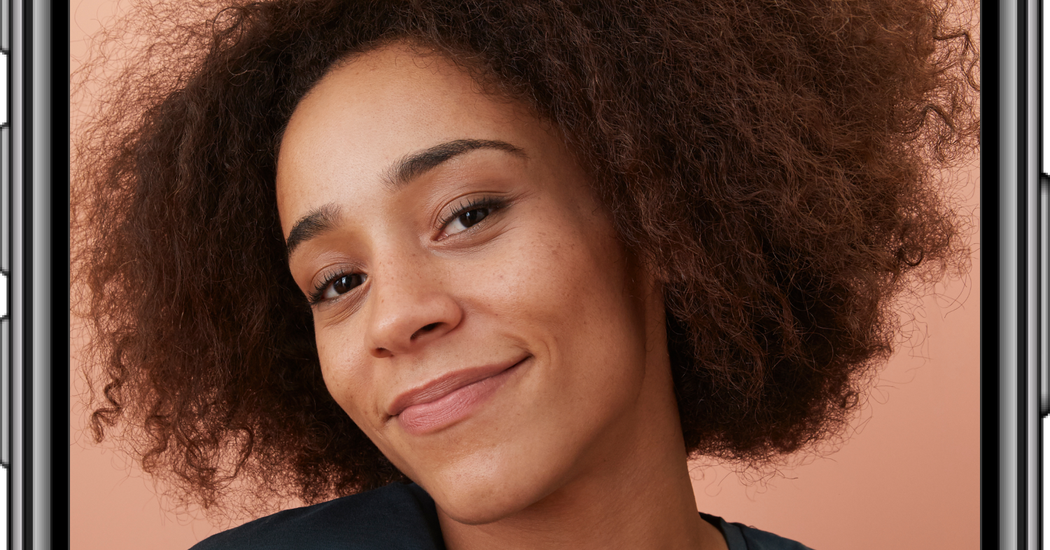 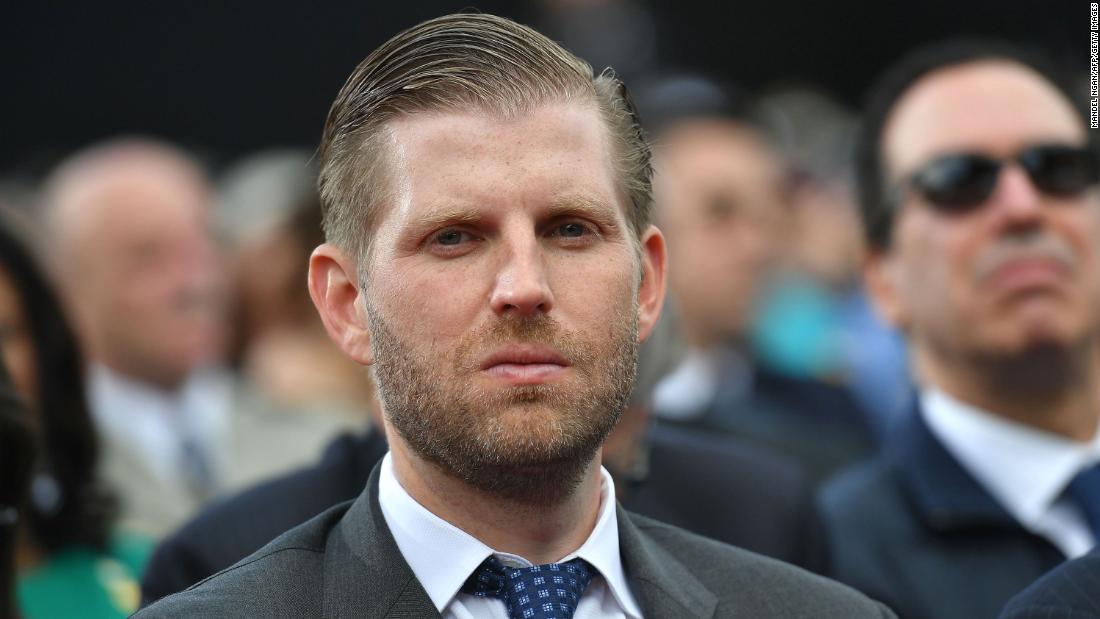 ‘The Mandalorian’ Season Three Is Heading In a Totally New Direction ‘WandaVision’ Snubbed as It Walks Away from Primetime Emmys Empty-Handed 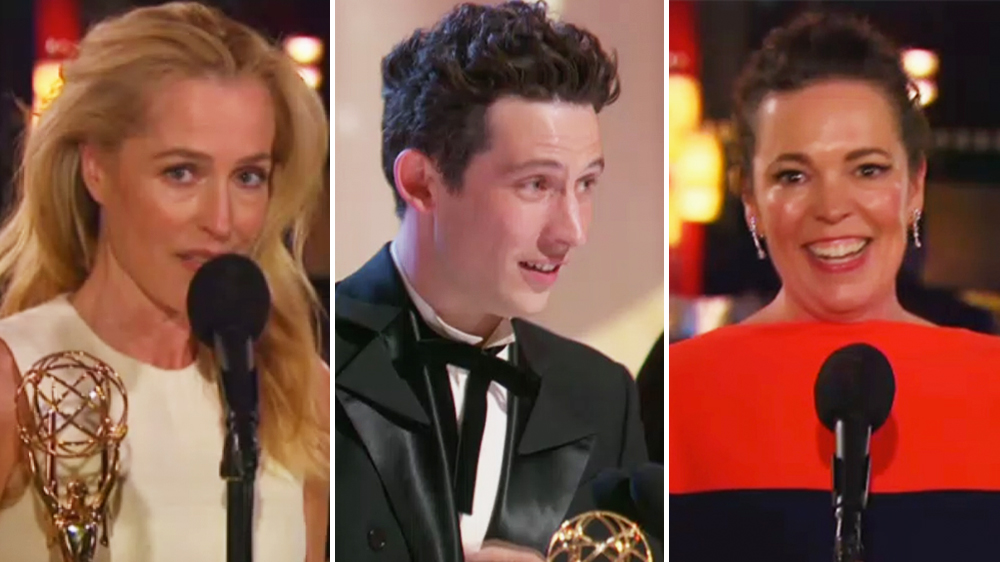 As Emmy Voters Lean Into Frontrunner Acting Sweeps, They Lose Sight of TV’s Range
4 mins ago