The following is a transcript of an interview with White House Coronavirus Response Coordinator Dr. Deborah Birx that aired Sunday, November 29, 2020, on “Face the Nation.”

MARGARET BRENNAN: We want to go now to the coordinator of that task force, Dr. Deborah Birx. She joins us from Shelbyville, Delaware. Good morning to you, Dr. Birx. It’s great to have you back.

DOCTOR DEBORAH BIRX: Good morning, MARGARET, thank you for having me.

MARGARET BRENNAN: The numbers are pretty staggering. I know we crossed at least twice this week a daily death count over 2,000. It’s the first time we’ve seen that during this pandemic. Dr. Fauci said this morning we’re seeing a surge on top of a surge. What do Americans need to be prepared for?

DR. BIRX: I think what worries Dr. Fauci and I the most is going- and I loved your opening where you talked about several waves and this being the third wave. If you look at the second wave going into the Memorial Day weekend, we had less than 25,000 cases a day. We had only 30,000 inpatients in the hospital and we had way less mortality, way under a thousand. We’re entering this post-Thanksgiving surge with three, four and 10 times as much disease across the country. And so that’s what worries us the most. We saw what happened post Memorial Day. Now we are deeply worried about what could happen post-Thanksgiving because the number of cases, 25,000 versus 180,000 a day, that’s where- that’s why we are deeply concerned. And as you described, it looked like things were starting to improve in our Northern Plains states. And now with Thanksgiving, we’re worried that all of that will be reversed.

MARGARET BRENNAN: What capacity is there to backstop overwhelmed hospitals?

DR. BIRX: So that is obviously all of our concerns, and that’s why we’re really asking states and mayors to really test for impact and consider vaccinating for impact. We know who’s at highest risk, making sure that all of those individuals are tested. We know people may have made mistakes over the hospit- over the Thanksgiving time period. So if you’re young and you gathered, you need to be tested about five to 10 days later. But you need to assume that you’re infected and not go near your grandparents and aunts and others without a mask. We’re really asking families to even mask indoors if they chose to gather during Thanksgiving and others went across the country or even into the next state. And if you’re over 65 or you have comorbidities and you gathered at Thanksgiving, if you develop any symptoms, you need to be tested immediately because we know that our therapeutics work best, both our antivirals and our monoclonal antibodies, work best very early in disease. So we’re really asking governors and mayors to make testing more available so we can prevent people having to be hospitalized. But obviously, we’re deeply worried. We’re over 90,000 inpatients right now. If we have a surge two weeks on top of that, even when we are starting to see some improvement, I appreciate that you have the mayor–

DR. BIRX: –from Detroit on. They’re really- all these mayors are working to decrease their number of cases and getting to a plateau, and now we could have a- a fourth surge.

MARGARET BRENNAN: Are you asking- I know you’ve been traveling the country. Are you asking governors to close the bars to keep schools open? Is that your advice?

DR. BIRX: First, what we do know works is mask mandates, mask requirements. In states that did those or mayors or counties that did that, we can see a dir- a really significant difference in not only cases, but hospitalizations and fatalities. And so starting with mask mandates and masking requirements absolutely key, followed by if you have high case numbers and you’re seeing increased hospitalizations, the first thing you should do is close spaces where people cannot wear a mask. And we know where that is. That’s bars and indoor restaurants. Reduce capacity if needed. You may have to even close them. We have seen that that works. That’s what Arizona did. And that’s where Arizona got control. Arizona is in the position that they need to be really considering this again, because their case numbers are up where they were in the summer.

MARGARET BRENNAN: When will you begin briefing the Biden administration?

DR. BIRX: I hope on Monday, because what’s really critical is we’ve spent the last nine months really developing sophisticated databases that are bringing together information from across the count- across the country, down to the county level. We can see who is being admitted. We can see who’s getting sick. We can see where this virus is moving in communities. And I think the one thing that we will bring to the Biden administration in that discussion is to understand how they want to see the data because data isn’t helpful if it’s not actionable. And each group needs to see it the way it makes them, moves them to action. And that’s why we write the governor’s report weekly to really ensure every governor understands what we’re seeing and what we think needs to be done.

MARGARET BRENNAN: There are still 10 weeks or so of the Trump presidency left. When have you last briefed the president and why aren’t we hearing from him?

DR. BIRX: Well, I brief the vice president, obviously, daily. I write a daily report that goes up to him every single day. It incl- it has a synopsis of what’s happening across the country, state by state, county by county, hospital by hospital, who’s being admitted, what the age group of the admissions are, and what our recommendations are at the highest levels of government. And that same document goes to senior leadership in HHS every single day to really alert them to what I’m seeing in the data each early morning.

MARGARET BRENNAN: And- and what is your message if you did have the chance to brief the president? I know The Washington Post said he hasn’t attended a meeting in at least five months of the Task Force. What is your chief concern, your chief message to the public and to the president?

DR. BIRX: To every American, I know we have some incredibly independent and fabulous Americans, I’ve met them on my trips, that have spent a lifetime protecting their land, protecting their livestock and protecting their families. To every American this is the- this is the moment to protect yourself and your family. And so if your governor or your mayor isn’t doing the policies that we know are critical, masking, physical distancing, avoiding bars, avoiding crowded indoor areas, if those restrictions don’t exist in your state, you need to take it upon yourself to be restrictive. You need to not go to these places. You need to protect your family now and really watch. If your family traveled, you have to assume that you are exposed and you became infected and you really need to get tested in the next week and you need to avoid anyone in your family with comorbidities or- or over 65, because now is the moment to- what happened would have happened. I mean, we know that people got together in Thanksgiving. The- the moment now is to- is to protect those from having secondary and tertiary transmissions–

DR. BIRX: –within the family.

New study on the role of monocytes in sarcoidosis

Colleges head into the spring with varying coronavirus testing strategies 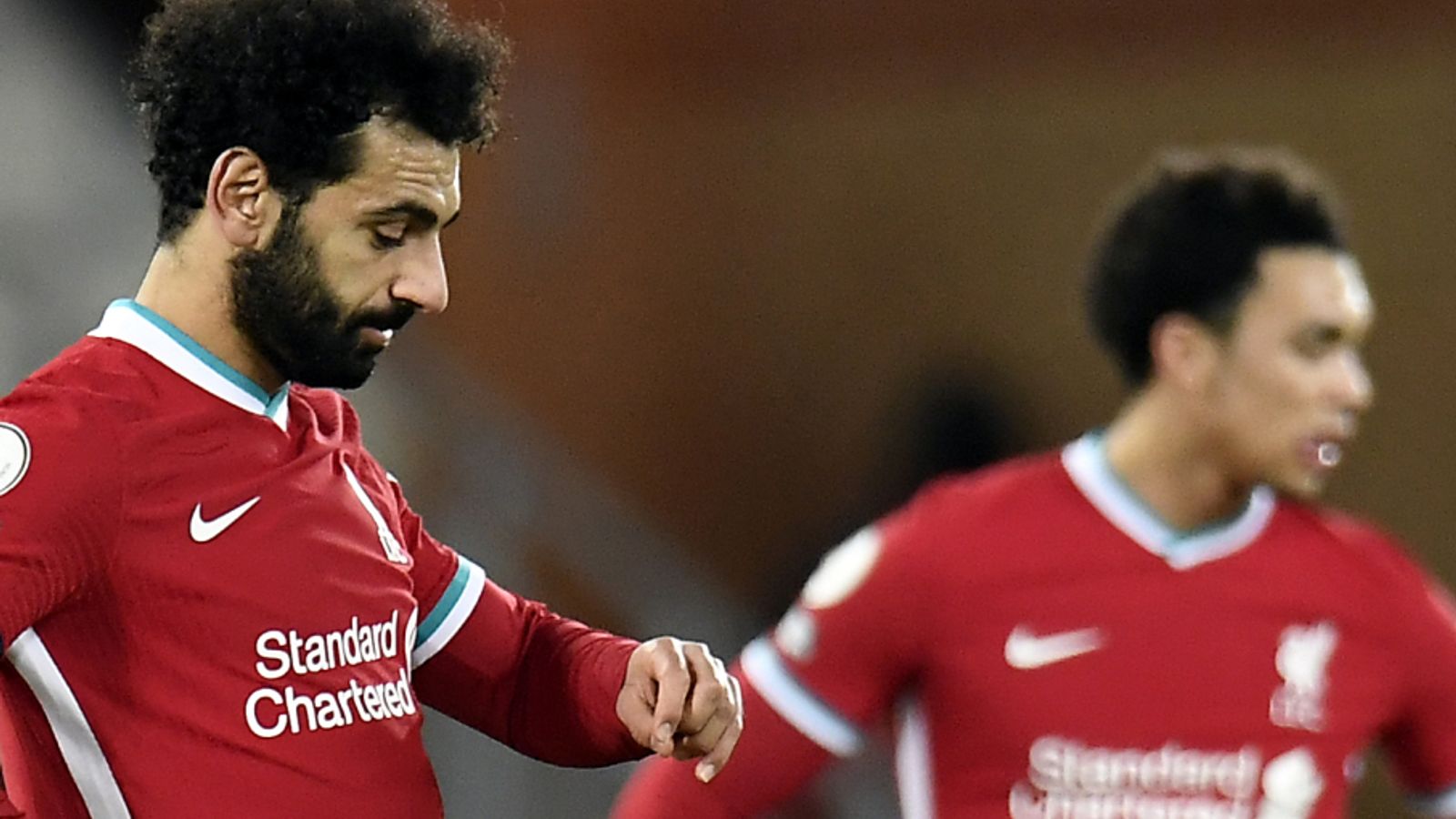