As soon as he arrived in the Oval Office Wednesday afternoon, President Joe Biden made his first move to fulfill a promise to prioritize climate change by signing sweeping executive orders covering an array of policies and committing to reduce greenhouse gas emissions. Among the most immediate steps is rejoining the Paris agreement, the nonbinding international pact signed in 2015 to prevent the most severe consequences of climate change.

By reentering the agreement, Biden is recommitting the US to drastically reducing emissions in order to limit average global temperature rise to below 2 degrees Celsius. In 2017, then-President Trump stunned the world when he announced the US would withdraw from the agreement his predecessors in the Obama administration had worked so hard to forge. By rejecting it, Trump also tested other countries’ resolve to fight climate change without the participation of the largest historical emitter. Now, with Biden’s pen stroke, the US will rejoin the agreement after the procedural 30-day wait.

While recommitting to the Paris agreement is critical, the other elements of Biden’s first executive orders addressing the climate crisis, as well his next steps still to come, are even more important.

On Wednesday, Biden kicked off the process to undo Trump’s prolific environmental rollbacks — totaling nearly 100 during his presidency — and jump-start new climate regulation. One executive order covers a broad range of policies including methane regulations, energy efficiency standards for appliances, fuel efficiency standards for cars, and blocking the Keystone XL pipeline and drilling in the Arctic National Wildlife Refuge. It will take months for agencies to review and rescind Trump’s environmental decisions, but tackling all these regulations at once shows the new administration’s commitment to climate action.

“The fact that President Biden is coming out of the gate on day one really implementing the whole-of-government approach […] that will actually deliver ambitious emissions reductions consistent with the Paris agreement is the really exciting thing,” Dan Lashof, US director of the World Resources Institute, told Vox.

The new regulations, along with potential new climate legislation led by Democrats in Congress, will be key to fulfilling the Paris agreement. Biden will also have to quickly submit a new 2030 emissions target under it, called a Nationally Determined Contribution (NDC), which will reveal the level of ambition the new administration will bring to the monumental task of decarbonizing the US economy over the next decade.

How bold will the US be once it’s back in the Paris agreement?

The US will have to play catch-up once it rejoins the Paris agreement. Countries are supposed to impose stricter targets on themselves every five years, with the goal of limiting emissions to keep temperatures from rising more than 2 degrees Celsius compared to preindustrial levels. Several top emitters, including the European Union, submitted new targets on schedule last month, five years after the first round of targets in 2015.

Biden says he will reestablish the US as a global climate leader, implying that the US will set a new, ambitious 2030 target. But years of inaction under Trump have delayed US emissions reductions, making Biden’s job more difficult.

The World Resources Institute has proposed that the new US 2030 target should involve reducing emissions by 45 to 50 percent from 2005 levels. According to its analysis, this would be in line with the upper-reach goal of the Paris agreement: limiting temperature rise to 1.5 degrees.

Can the US achieve that in the next 10 years? In the pandemic, energy-related carbon emissions fell 11 percent in 2020, the Energy Information Administration found. That was largely due to a drop in electricity and transportation emissions, according to the Rhodium Group. But they are expected to bounce back this year as people get vaccinated and the economy revs up again.

That means that even meeting the original US Paris target (26 to 28 percent emissions reduction by 2025) will require new climate regulations or legislation, according to climate scientist Dana Nuccitelli writing in Yale Climate Connections. So slashing emissions by 50 percent will require even bolder action, such as using procurement to electrify federal vehicles and setting national renewable energy standards.

A recent Princeton energy modeling study found that the ultimate goal of reaching net-zero emissions by 2050 is feasible, but it will require $2.5 trillion of investment in new infrastructure over the next decade. The pace of the energy transition would have to accelerate rapidly, including doubling the rate of renewable energy installation and installing heat pumps in a quarter of new homes instead of relying on fossil fuels, according to the New York Times.

Congress holds the key to the US delivering on Paris

The new US Paris agreement target will likely be announced in the coming months, in the runup to an international climate summit Biden committed to convening within the first 100 days of his presidency. And all countries are expected to formally submit new targets (or NDCs) ahead of the next round of United Nations climate negotiations in Glasgow in November.

World leaders, including those from the EU who have lately emerged as top leaders in climate action, celebrated the US return to the Paris agreement. European Commission President Ursula von der Leyen and French President Emmanuel Macron both welcomed the US back in tweets congratulating Biden after he was sworn in.

I am delighted that on day one of this new administration, the US will rejoin the #ParisAgreement.

This is the starting point for our renewed cooperation.

And way more is to come.

To @JoeBiden and @KamalaHarris.
Best wishes on this most significant day for the American people!
We are together.
We will be stronger to face the challenges of our time. Stronger to build our future. Stronger to protect our planet. Welcome back to the Paris Agreement!

“Countries around the world are heaving a huge sigh of relief today around climate, but also many other issues,” said Lashof. “On the other hand, I don’t think they’re immediately going to cede leadership to the United States.” After seeing how Obama’s executive actions on climate change were stalled or repealed under Trump, countries are undoubtedly waiting to see if US politicians can deliver durable climate action.

Biden can make significant strides on climate from the White House, as evidenced by the range of actions initiated Wednesday, including reviewing fuel standards to reduce vehicle emissions — transportation is the biggest contributor to US emissions.

But new legislation for investment and standards will be essential to achieve the rapid emissions cuts the climate emergency calls for. With the narrowest Democratic majority in the Senate, climate legislation will be dependent on the will of the most conservative members of the party, including Sen. Joe Manchin (D-WV), and the intricacies of the budget reconciliation process (David Roberts wrote more about the details for Vox).

Beyond setting more ambitious domestic climate action in motion, the US will also be expected to restart financial support to developing countries. Under the Paris agreement, the world’s leading economies pledged to help fund climate adaptation and mitigation efforts in lower-income countries that have done little to contribute to climate change. In 2019, other countries doubled down on their contributions to the Green Climate Fund, which oversees the investments; meanwhile, the Trump administration declined to provide the $2 billion the US had committed.

How the Biden administration makes up for that gap and further assists developing countries will be another big test of the country’s climate leadership in the coming months. 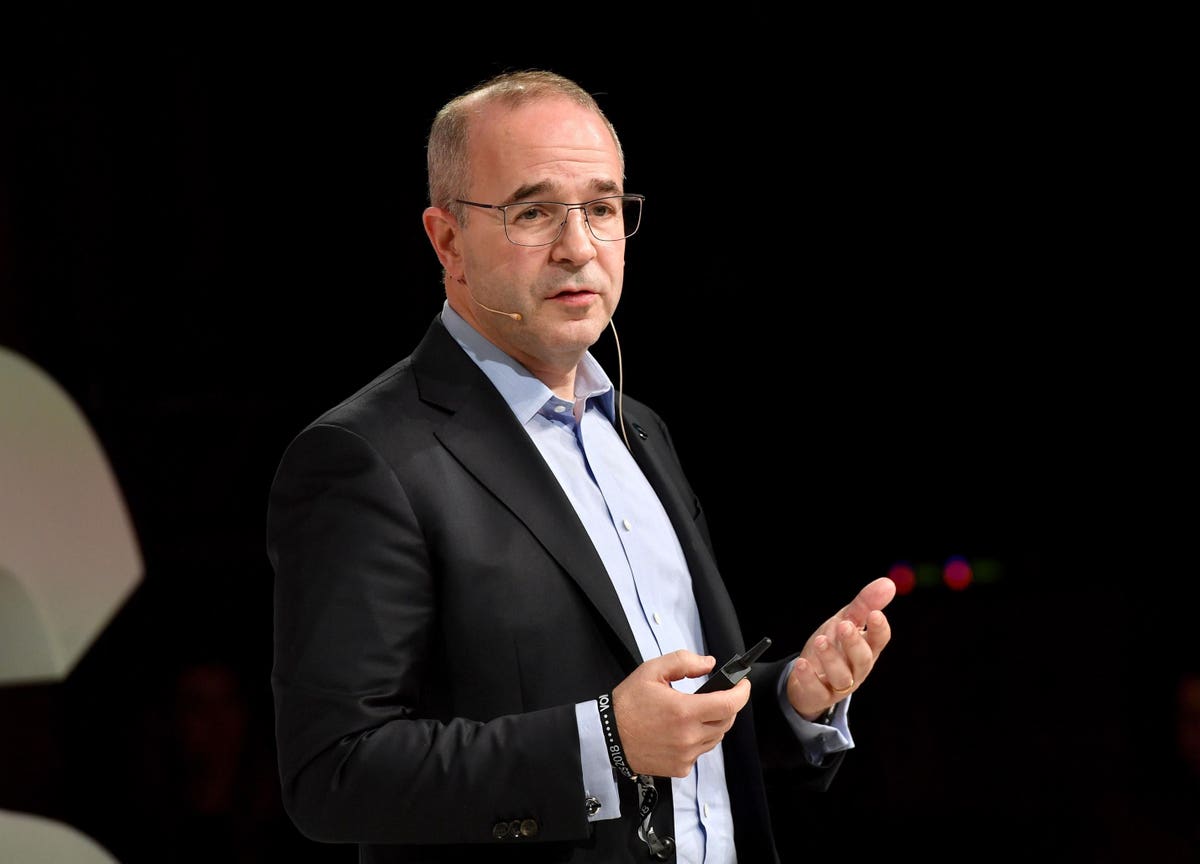 The Real Reason McKinsey Is Firing Its CEO
7 seconds ago

The Real Reason McKinsey Is Firing Its CEO 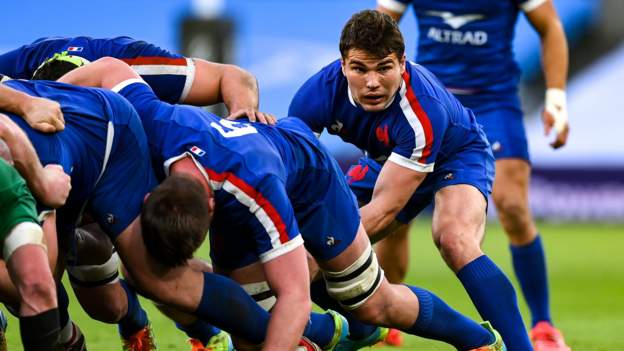 Next week unlikely for France v Scotland
2 mins ago

Qualcomm sued over alleged anti-competitive behavior in the UK