WASHINGTON — As companies furloughed millions of workers and stock prices plunged through late March, Treasury Secretary Steven Mnuchin offered a glimmer of hope: The government was about to step in with a $4 trillion bazooka.

The scope of that promise hinged on the Federal Reserve. The relief package winding through Congress at the time included a $454 billion pot of money earmarked for the Treasury to back Fed loan programs. Every one of those dollars could, in theory, be turned into as much as $10 in loans. Emergency powers would allow the central bank to create the money for lending; it just required that the Treasury insure against losses.

It was a shock-and-awe moment when lawmakers gave the package a thumbs up. Yet in the months since, the planned punch has not materialized.

The Treasury has allocated $195 billion to back Fed lending programs, less than half of the allotted sum. The programs supported by that insurance have made just $20 billion in loans, far less than the suggested trillions.

The programs have partly fallen victim to their own success: Markets calmed as the Fed vowed to intervene, making the facilities less necessary as credit began to flow again. They have also been undercut by Mr. Mnuchin’s fear of taking credit losses, limiting the risk the government was willing to take and excluding some would-be borrowers. And they have been restrained by reticence at the central bank, which has extended its authorities into new markets, including some — like midsize business lending — that its powers are poorly designed to serve. The Fed has pushed the boundaries on its traditional role as a lender of last resort, but not far enough to hand out the sort of loans some in Congress had envisioned.

Lawmakers, President Trump and administration officials are now clamoring to repurpose the unused funds, an effort that has taken on more urgency as the economic recovery slows and the chances of another fiscal package remain unclear. The various programs are set to expire on Dec. 31 unless Mr. Mnuchin and Jerome H. Powell, the Fed chair, extend them.

Here’s how that $454 billion failed to turn into $4 trillion, and why the Fed and Treasury are under pressure to do more with the money.

The Fed can lend to private entities to keep markets functioning in times of stress, and in the early days of the crisis it rolled out a far-reaching set of programs meant to soothe panicked investors.

But the Fed’s vast power comes with strings attached. Treasury must approve of any lending programs it wants to set up. The programs must lend to solvent entities and be broad-based, rather than targeting one or two individual firms. If the borrowers are risky, the Fed requires insurance from either the private sector or the Treasury Department.

Early in the crisis, the Treasury used existing money to back market-focused stabilization programs. But that funding source was finite, and as Mr. Mnuchin negotiated with Congress, he pushed for money to back a broader spate of Fed lending efforts.

The central bank itself made a major announcement on March 23, as the package was being negotiated. It said it was making plans to funnel money into a wide array of desperate hands, not just into Wall Street’s plumbing. Officials would set up an effort to lend to small and medium-size businesses, the Fed said, and another that would keep corporate bonds flowing. It would go on to expand that program to include some recently downgraded bonds, so-called fallen angels, and to add a bond-buying program for state and local governments.

That $454 billion was slightly random.

Congress allocated $454 billion in support of the programs as part of the economic relief package signed into law on March 27. When the Congressional Budget Office estimated the budget effects of that funding, it did not count the cost toward the federal deficit, since borrowers would repay on the Fed’s loans, and fees and earnings should offset losses.

Mr. Mnuchin and congressional leaders did not settle on that sum for a very precise economic reason, a senior Treasury official said, but they knew conditions were bad and wanted to go big.

Overdoing it would cost nothing, and the size of the pot allowed Mr. Mnuchin to say that the partners could pump “up to $4 trillion” into the economy.

It was like nuclear deterrence for financial markets: Promise that the government had enough liquidity-blasting superpower to conquer any threat, and people would stop running for safer places to put their money. Crisis averted, there would be no need to actually use the ammunition.

Still, the huge dollar figure stoked hopes among lawmakers and would-be loan recipients — ones that have been disappointed.

The Fed has its limits.

Key markets began to mend themselves as soon as the Fed promised to step in as a backstop. Companies and local governments have been able to raise funds by selling debt to private investors at low rates.

Corporate bond issuance had ground to a standstill before the Fed stepped in, but companies have raised $1.5 trillion since it did, Daleep Singh, an official at the New York Fed, said on Tuesday. That is double the pace last year. The companies raising money are major employers and producers, and if they lacked access to credit it would spell trouble for the economy.

While self-induced obsolescence partly explains why the programs have not been used, it’s not the whole story. The Main Street program, the one meant to make loans to midsize businesses, is expected to see muted use even if conditions deteriorate again. In the program that buys state and local debt, rates are high and payback periods are shorter than many had hoped.

Continued lobbying suggests that if the programs were shaped differently, more companies and governments might use them.

The relatively conservative design owes to risk aversion on Mr. Mnuchin’s part: He was initially hesitant to take any losses and has remained cautious. They also trace to the Fed’s identity as a lender of last resort.

Walter Bagehot, a 19th-century British journalist who wrote the closest thing the Fed has to a Bible, said central banks should lend freely at a penalty rate and against good collateral during times of crisis.

In short: Step in when you must, but don’t replace the private sector or gamble on lost causes.

That dictum is baked into the Fed’s legal authority. The law that allows it to make emergency loans instructs officials to ensure that borrowers are “unable to secure adequate credit accommodations from other banking institutions.” The Fed specified in its own regulation that loan facilities should charge more than the market does in normal conditions — it wants to be a last-ditch option, not one borrowers would tap first.

The Fed has stretched its “last resort” boundaries. The Main Street program works through banks to make loans, so it is more of a credit-providing partnership than a pure market backstop, for instance.

Yet Bagehot’s dictum still informs the Fed’s efforts, which is especially easy to see in the municipal program. State finance groups and some politicians have been pushing the central bank to offer better conditions than are available in the market — which now has very low rates — to help governments borrow money for next to nothing in times of need.

The Fed and Treasury have resisted, arguing that the program has achieved its goal by helping the market to work.

The Fed has reasons to be wary.

Congress is not uniformly on board with wanting a more aggressive Fed that might become a first option for credit. Senator Patrick J. Toomey of Pennsylvania, a Republican on the committee that oversees the central bank, has repeatedly underlined that the Fed is a backstop.

And replacing private creditors during times of crisis would put central bankers — who are neither elected nor especially accountable — in the position of picking economic winners and losers, a role that worries the Fed.

Such choices are inherently political and polarizing. Already, many of the same people who criticize stringency in the state and local programs regularly argue that the programs intended to help companies should have come with more strings attached.

And it could become a slippery slope. If the Fed shoulders more responsibility for saving private and smaller public entities, Congress might punt problems toward the central bank before solving them democratically down the road.

Being too careful could also carry an economic risk if it meant that the Fed failed to provide help where needed. The midsize business segment, which employs millions of people, has had few pandemic relief options. Struggling states and cities are also huge employers.

Yet those entities may be past the point of needing debt — all the Fed can offer — and require grants instead. And it is worth noting that just because the Fed and Treasury are not rewriting their programs to support broader use now does not mean the Fed would stand back if conditions were to worsen.

If that happens, “it’s going to stop pointing to the fact that it has a fire hose,” said Peter Conti-Brown, a Fed historian at the University of Pennsylvania. “It’s going to take it out and turn it on.” 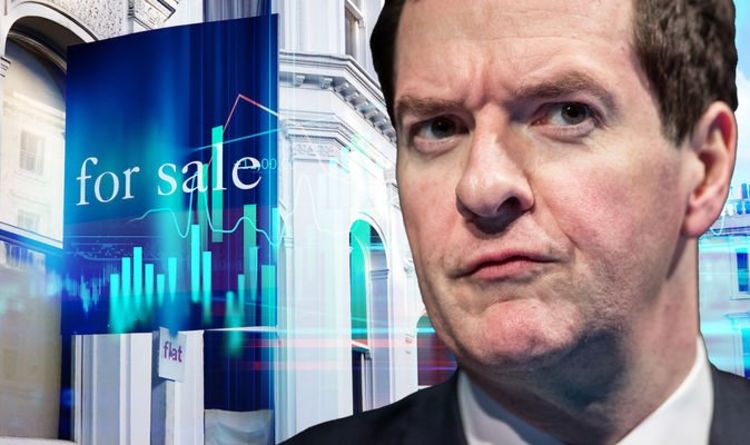