With Covid-19 cases reaching record highs, US states and cities are implementing new curfews to slow the virus’s spread without having to take any more drastic lockdown measures.

The big question: Will they make any difference?

Several European countries tried curfews and more targeted restrictions when their cases started to rise in the fall. But they proved inadequate, prompting governments to later issue stay-at-home orders. US officials may simply be delaying the inevitable by taking an interim step before moving on to more closures.

“The curfews are puzzling to most public health folks,” Kumi Smith, an epidemiology professor at the University of Minnesota, told me. “If we were determined about virus control and about saving our economy, it would be most logical to shut down all of the dining and drinking establishments and provide stimulus support to workers in that sector so they can comply and stay safe themselves.”

But for now, curfews are in vogue. Last week, New York ordered businesses with liquor licenses to close at 10 pm. Ohio Gov. Mike DeWine has imposed a three-week 10 pm-to-5 am curfew for all of his state’s residents. California Gov. Gavin Newsom said this week that he was considering a curfew of his own. All across the United States — from San Antonio to Newark, in Minnesota and Virginia — these mandatory closures are taking effect.

“I’ve not seen a single public health person recommend [curfews] as an intervention. I’m mystified at their popularity.”

“It seems like it’s spreading all over, but I’ve seen no evidence it helps anything,” Tara Smith, a public health professor at Kent State University, told me over email. “I’ve not seen a single public health person recommend this as an intervention. I’m mystified at their popularity.”

Curfews may not do much to curb the virus, but for many governors and mayors tasked with an unstoppable tide of cases and deaths, they may also be all those political leaders feel they can do in the face of an exhausted and politically divided public resistant to new stay-at-home orders.

Nevertheless, Covid-19 is already more widespread in the US than it has been at any time this year. There might have been a time when curfews could have made a difference. But at this point, they look like too little, too late.

Why states and cities are imposing Covid-19 curfews now

America’s Covid-19 numbers are catastrophic. The country is averaging over 150,000 new cases every day, more than double what was seen during the earlier summer wave. The number of Americans currently hospitalized with the coronavirus, nearly 68,000, has never been higher. According to Covid Exit Strategy, 47 states are facing “uncontrolled spread.”

Something needs to be done. Some Republican governors have finally relented and issued statewide mask mandates. The next step for many jurisdictions appears to be curfews.

There is a certain logic to curfews. The business closures necessitated by Covid-19 have been devastating for local economies, and with no more relief likely to be passed by Congress anytime soon, political leaders want to mitigate any more economic damage while also trying to contain the virus’s spread.

A curfew can discourage socializing while still allowing businesses to make some money. It’s a halfway point between a fully opened economy and a locked-down one.

“You want to keep pubs and restaurants open. That sector was completely decimated, and they’re trying to give them a lifeline,” Clare Wenham, who researches global health security at the London School of Economics, told me. “We know people’s social distancing is going to get worse when they have more to drink.”

Lockdowns are a very regressive policy, too. It’s the low-income employees whose workplaces are going to be shuttered, and who have no hope of financial help from the federal government, who are going to suffer the most from a new round of stay-at-home orders.

Ideally, people would also take curfews as a message from their leaders to stay safe, limit their social activity, and avoid unnecessary exposure. There are only so many people — the ones going out to bars and restaurants — who will be directly affected by a curfew, but the policy still sends a signal to everybody else about the seriousness of the situation.

But therein lies the problem with curfews as a policy: The public needs to take them as a cue to generally be more cautious. But instead, people’s trust in public health expertise has been dropping over the course of the pandemic.

That may partly be the result of President Trump and other leading Republicans undermining them. It may also reflect the perceived willingness of some experts to endorse risky activities, like the protests over racial justice, for political reasons. Either way, it is only making it more difficult to get the public’s buy-in for new social distancing restrictions.

“Public health completely hinges on the public trust. The things we’re asking people to do in this pandemic are so abnormal,” Leana Wen, a public health professor at George Washington University and former Baltimore health commissioner, told me. “Our big problem right now is not that we don’t know how to prevent this disease. It’s that people won’t take the precautions.”

So on their own, curfews will have a limited effect. And if they don’t persuade people to exercise more caution in other parts of their life, they won’t do much good at all. That was the experience for the European countries that have tried curfews in the past few months.

In the United Kingdom, Prime Minister Boris Johnson announced a new curfew on September 22, mandating, much like these US states have, that bars close at 10 pm. But a month later, it was clear the policy hadn’t worked. Cases had kept rising steadily.

So Johnson was forced to order a new national lockdown at the beginning of November, with nonessential businesses closed and people restricted from leaving their homes except under certain conditions.

The problem, according to Wenham, is that the UK political leaders failed to explain how dire the pandemic was getting in late September, that the curfew wasn’t “a rule for a rule’s sake.” So people just exploited the loopholes. They were bored of Covid-19 and wanted to go about their lives.

“It wasn’t enough. The problem was people just went home and took their friends and drank in the house,” she said. “People were just looking for ways around it.”

The US could face a similar problem, especially with the winter holidays coming up. A recent Ohio State University poll found that nearly 40 percent of Americans say they are planning to attend a gathering of 10 or more people for Thanksgiving, exactly the kind of activity that public health experts and political leaders are trying to discourage right now. A curfew isn’t going to do much to stop those private get-togethers.

And these curfews may simply be coming too late in the outbreak, with Covid-19 too widespread, to make much difference. As Wenham put it, if you are going to take a tiered approach (curfews before lockdowns), you need to act early to cut off transmission. This virus spreads stealthily, with people becoming infectious two or three days before they show symptoms, which means case numbers are always lagging behind the real number of infections in the community.

Johnson announced the UK’s curfew in September, when his country was averaging about 58 new Covid-19 cases per day per million people — and the US was already averaging 130. Today, the US has 460 daily cases for every million people and the UK has 373, but the case numbers have started to level off a bit in Great Britain while they are still accelerating in America.

“When you bring in this tiered system too late, it’s a policy failure,” Wenham said. “That’s where we got to in Europe, where it was too little, too late.”

Right now there isn’t much reason to believe curfews will be more successful in the US than they were in Europe. Instead, Vox’s German Lopez argues that America needs to close down — going far behind the restrictions included in these curfew orders — in order to hold cases down until a vaccination campaign can get underway.

“By the spring, we may have a vaccine,” Wen told me. “But we need to survive until then.” Analysis | Why the Mutated Coronavirus Variants Are So Worrisome How Big a Deal Is a Lie on a Resume?
2 mins ago

How Big a Deal Is a Lie on a Resume?

Sensex soars 834 points on US stimulus hopes
4 mins ago 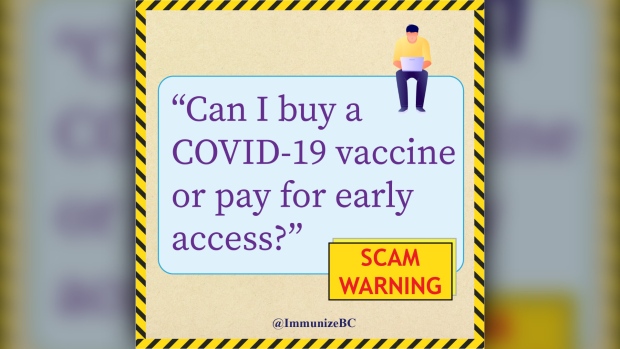 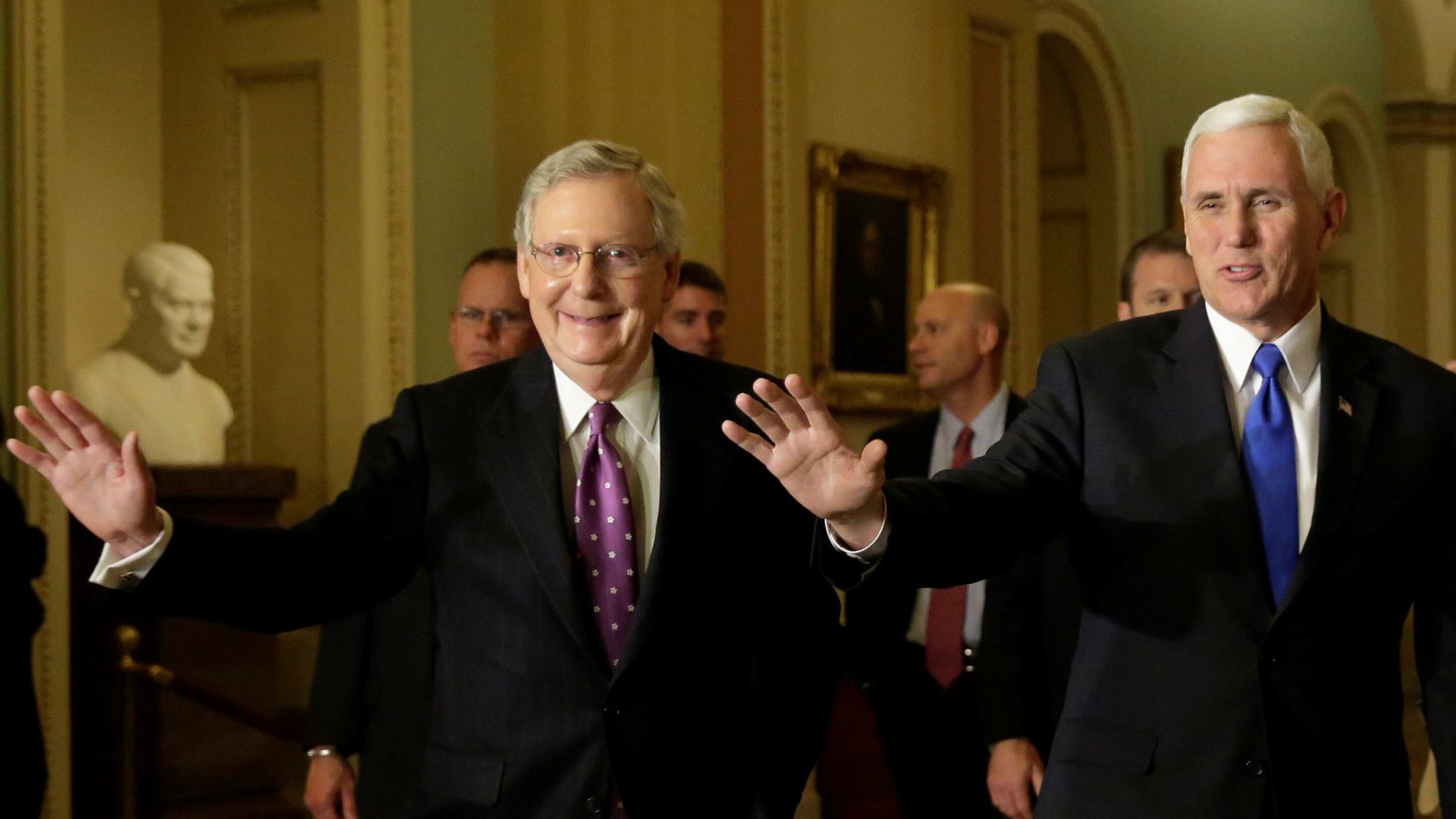