On Saturday evening, news broke of yet another coronavirus case cluster at the White House — this one involving aides to Vice President Mike Pence. Pence himself was exposed, but he doesn’t plan to let the outbreak get in the way of his campaigning.

According to Maggie Haberman of the New York Times, at least five people in Pence’s orbit have tested positive for the virus, including chief of staff Marc Short, outside adviser Marty Obst, and three as of yet unidentified White House staffers who work with the vice president. News of this latest group of cases — which is not the first to affect Pence’s inner circle — comes just four weeks after the development of a White House cluster that included more than 30 confirmed cases, including President Donald Trump.

Haberman reported that White House officials tried to sweep the latest batch of positive tests under the rug:

The statement [confirming the positive tests] did not come from the White House medical unit, but instead from a press aide. Two people briefed on the matter said that the White House chief of staff, Mark Meadows, had sought to keep news of the outbreak from becoming public.

Pence spokesman Devin O’Malley told Haberman that while Pence was indeed in close contact with Short (and therefore, according to the Centers for Disease Control and Prevention, should quarantine for 14 days), he’s not planning to do so because he tested negative and is considered “essential personnel.” Pence is still planning to forge ahead with campaign rallies in Kinston, North Carolina, on Sunday, and Hibbing, Minnesota, on Monday.

During a CNN interview Sunday morning, Trump’s chief of staff Mark Meadows struggled to defend the decision to keep Pence on the campaign trail despite his coronavirus exposure, and made a stunning admission — that the Trump administration has given up trying to contain the pandemic and has resorted to hoping for new treatments while counting on a successful vaccine being available soon.

“We’re not going to control the pandemic,” Meadows said, adding later: “What we need to do is make sure we have the proper mitigation factors … to make sure people don’t die from this.”

MEADOWS: We’re not going to control the pandemic

M: Because it’s a contagious virus

T: Why not make efforts to contain it?

M: What we need to do is make sure we have the proper mitigation factors to make sure people don’t die pic.twitter.com/0DYgk4rB3T

The sad irony of this situation is that Pence is chair of the White House coronavirus task force, yet his behavior has been a model of what not to do to protect yourself from the coronavirus.

Pence has steadfastly refused to wear a mask in public throughout the pandemic, even at hospitals. He’s gone on Fox News and paid lip service to CDC guidelines by saying things like “it’s always a good idea to wear a mask,” yet he has not done so at packed campaign events where people visibly aren’t social distancing or wearing masks.

Pence has also put himself — and those around him — in danger by initiating physical contact and making a mockery of social distancing guidelines during mask-less events.

And this behavior has resulted in several exposures beyond his contact with Short. At the Rose Garden event at the White House to introduce Supreme Court nominee Judge Amy Coney Barrett, which has been linked with numerous coronavirus cases, a maskless Pence sat directly in front of Sen. Mike Lee (R-UT), who later tested positive for the coronavirus, and close to first lady Melania Trump and former White House adviser Kellyanne Conway, both of whom also tested positive.

The finger is pointing at Mike Pence who should be in quarantine for 14 days since last exposure.

He’s being irresponsible & endangering others pic.twitter.com/AWsvivalEL

That wasn’t even Pence’s only possible exposure to the coronavirus on that day. Before the Rose Garden event, Pence spent time at a packed prayer march with Pastor Greg Laurie, who tested positive for the coronavirus as well.

In his capacity as head of the task force, Pence has consistently misled the public about the state of the pandemic, insisting the administration has done a great job and that the end of the pandemic is right around the corner. Some people may have bought that in April and May, but it’s become a harder sell as new daily case numbers hit records in recent days and hospitalizations have increased by more than 33 percent over the last month.

News of the coronavirus cluster around Pence comes during a weekend when the US set records for the most new single-day coronavirus cases — around 83,000 on both Friday and Saturday. But you wouldn’t know this from listening to Pence or Trump, both of whom have made brazen lies about the state of the pandemic a staple of their stump speeches.

Pence’s decision to keep campaigning despite his coronavirus exposure doesn’t just put his inner circle at risk — his rallies are also public health hazards. USA Today reported on Friday that a number of places where Trump held rallies in recent weeks have subsequently experienced a spike in coronavirus cases.

The president has participated in nearly three dozen rallies since mid-August, all but two at airport hangars. A USA TODAY analysis shows COVID-19 cases grew at a faster rate than before after at least five of those rallies in the following counties: Blue Earth, Minnesota; Lackawanna, Pennsylvania; Marathon, Wisconsin; Dauphin, Pennsylvania; and Beltrami, Minnesota.

This means that not only is the White House not protecting the American public from a pandemic that has now killed more than 220,000 Americans, but it’s actively making things worse. And by failing to protect top officials like Trump and Pence, the Trump administration is demonstrating that it can’t even protect itself. How to Create Employee Loyalty In A Virtual Environment 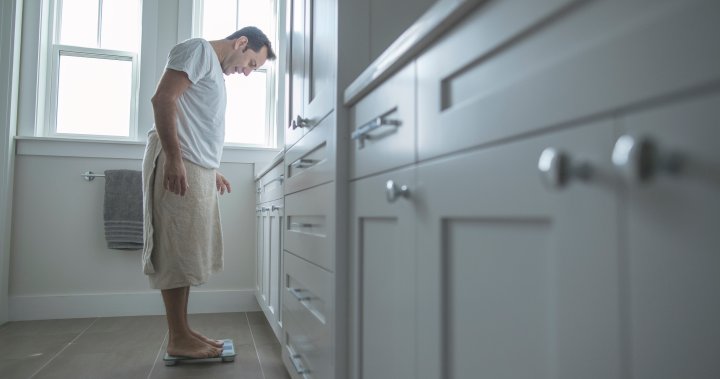 1/3 of Canadians report gaining weight during coronavirus: poll
7 mins ago