WASHINGTON — President-elect Joseph R. Biden Jr. arrived in the nation’s capital on Tuesday for the first time since his election, and on the eve of his inauguration, he did what his predecessor declined to do by leading a national mourning for Americans killed by the coronavirus.

In a somber sundown ceremony at the Lincoln Memorial in a city virtually occupied by troops on guard against political violence, Mr. Biden paid tribute to the victims of the pandemic on the same day that the death toll in the United States topped a staggering 400,000 — and almost a year to the day from the first report of the virus appearing in the country.

“To heal we must remember,” Mr. Biden said, standing in front of the Reflecting Pool, which was surrounded by 400 lights meant to mark the 400,000 victims of the virus. “It’s hard sometimes to remember. But that’s how we heal. It’s important to do that as a nation. That’s why we’re here today. Between sundown and dusk, let us shine the lights in the darkness along the sacred pool of reflection and remember all whom we lost.”

As the incoming president spoke, the bells at Washington National Cathedral began to chime and the Empire State Building in New York and the Space Needle in Seattle were illuminated. Cities from Miami to San Diego also lit buildings for the occasion while Mr. Biden’s inaugural committee encouraged Americans to light candles in their windows in a show of national solidarity. Events were also held in the two cities that Mr. Biden calls his hometowns, Wilmington, Del., and Scranton, Pa.

The evocative ceremony provided a moment of catharsis that the nation has not experienced until now and underscored the change in store as Mr. Biden takes the oath of office on Wednesday as the 46th president of the United States. Throughout the pandemic, President Trump has refused to hold a similar event of national mourning and offered little public empathy for its victims, even as he and members of his family and staff have themselves been infected and recovered from the virus.

Mr. Trump made no mention of the grim new landmark of 400,000 dead on Tuesday in his farewell address to the nation and referred to the victims in just a single sentence. “We grieve for every life lost, and we pledge in their memory to wipe out this horrible pandemic once and for all,” he said in the address, which was released on video.

Otherwise, he focused on the “brutal toll” the virus took on the economy and boasted of his success in developing a vaccine in record time, without mentioning the troubles in distributing the lifesaving shots.

For Mr. Biden, 78, it was a melancholy day as he prepared to take the reins of a country in crisis on Wednesday. In leaving Wilmington for Washington to achieve a goal he spent three and a half decades seeking, he was openly emotional, wiping tears from his eyes and choking up. He mused aloud about his own death and said he wished it was his dead son, Beau Biden, who was becoming president rather than him. But he insisted that dark days would be followed by brighter ones.

“It’s deeply personal that our next journey to Washington starts here, a place that defines the very best of who we are as Americans,” the president-elect said at a send-off ceremony at the Major Joseph R. “Beau” Biden III National Guard/Reserve Center in New Castle, Del., named for the son who served in Iraq and as the state’s attorney general before dying of brain cancer in 2015. “I know these are dark times, but there’s always light. That’s what makes this state so special. That’s what it taught me: There’s always light.”

The president-elect flew to Washington rather than taking the train — the favorite mode of transportation for “Amtrak Joe” — because of security concerns less than two weeks after a mob encouraged by Mr. Trump stormed the Capitol and temporarily halted the counting of the Electoral College votes ratifying Mr. Biden’s victory.

He traveled by a chartered white and gray passenger jet, which itself was another break from custom. Presidents Bill Clinton, George W. Bush and Barack Obama all sent government planes to pick up their successors to bring them to the capital for their inaugurations, but Mr. Trump has made clear he has little interest in helping his successor, and Mr. Biden’s staff said they opted not to ask for an official jet.

After months of trying to overturn the results of the democratic election, Mr. Trump has scorned the traditional transition of power, refusing to invite Mr. Biden for the usual postelection visit to the White House and refusing to attend Wednesday’s inaugural ceremony.

But he did offer well wishes to his successor in his farewell video on Tuesday without actually using Mr. Biden’s name. “This week, we inaugurate a new administration and pray for its success in keeping America safe and prosperous,” Mr. Trump said. “We extend our best wishes and we also want them to have luck, a very important word.”

The president, who has not appeared in public in days and remained in seclusion at the White House in his final hours in office, used the 20-minute video posted online to frame his administration as a period of progress despite the pandemic and the assault on the Capitol.

In listing what he sees as his accomplishments, the departing president cited the strong economy before the pandemic, tax cuts, regulation curbs, judicial appointments including three Supreme Court justices, the revision of the North American Free Trade Agreement, his investment of additional money in the military, the normalization of relations between Israel and several of its Arab neighbors and his confrontations with China and Iran. “I am especially proud to be the first president in decades who has started no new wars,” he said.

Mr. Trump again condemned the Jan. 6 attack on the Capitol without acknowledging any responsibility for encouraging his supporters, for which he has been impeached by the House and faces trial by the Senate.

“All Americans were horrified by the assault on our Capitol,” the president said. “Political violence is an attack on everything we cherish as Americans. It can never be tolerated.” He made no mention of the fact that he had incited the crowd beforehand and told them even after they invaded the Capitol and he was telling them to go home that “we love you, you’re very special.”

Mr. Trump made clear he would not go away and be silent, assailing the “political censorship” and “blacklisting” by social media companies that have cut off his accounts. “Now, as I prepare to hand power over to a new administration at noon on Wednesday,” he said, “I want you to know that the movement we started is only just beginning.”

During Mr. Biden’s ceremony at the Lincoln Memorial, he was joined by his wife, Jill Biden, as well as Vice President-elect Kamala Harris and her husband, Doug Emhoff. Cardinal Wilton Gregory, the archbishop of Washington, delivered the invocation while two acclaimed gospel singers, Yolanda Adams and Lori Marie Key, performed.

“Don’t tell me things can’t change,” he said. “They can and they do. That’s America, that’s Delaware, a place of hope and light and limitless possibilities. And I’m honored, I’m truly honored to be your next president and commander in chief and I’ll always be a proud son of the state of Delaware.” 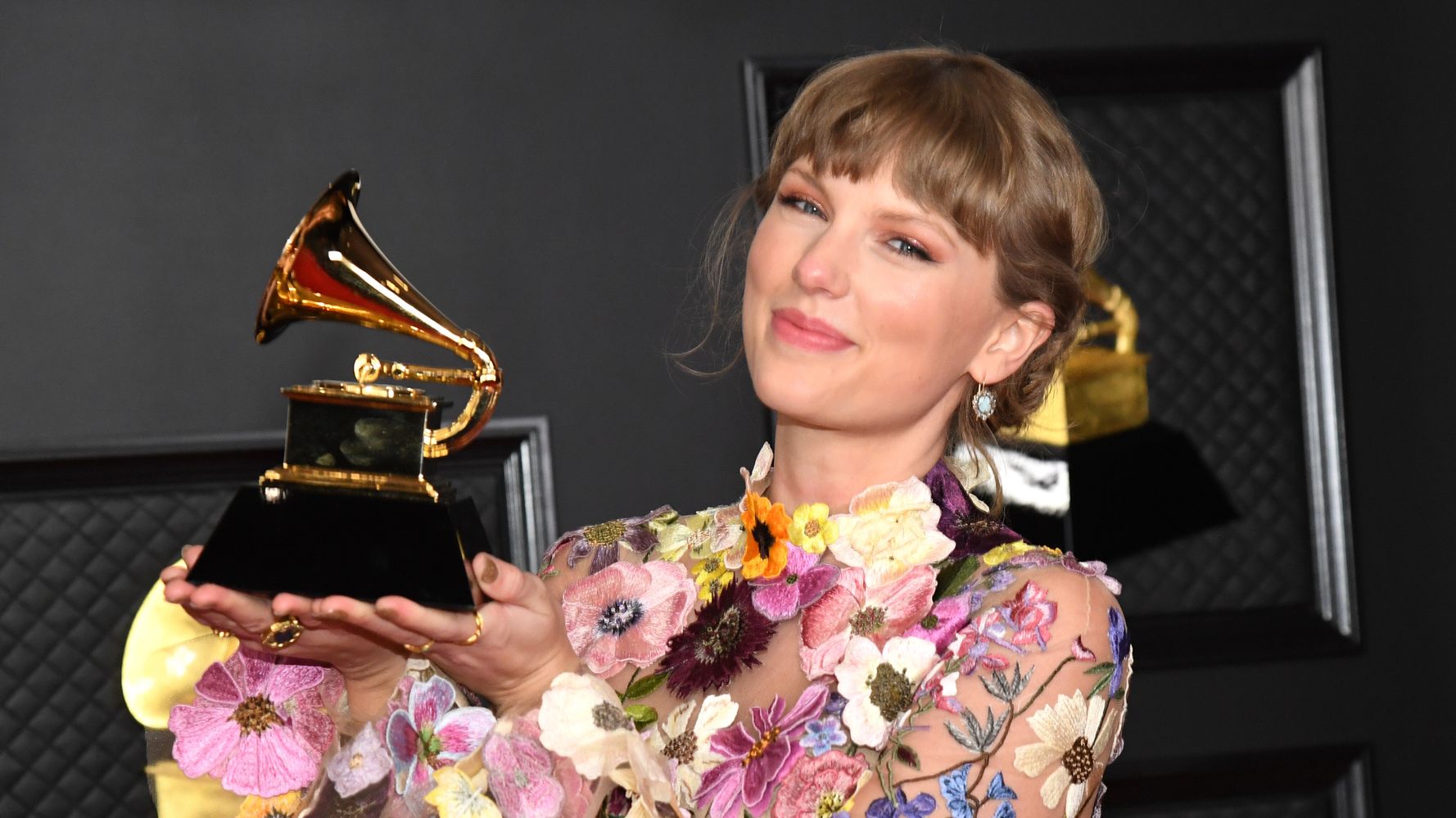 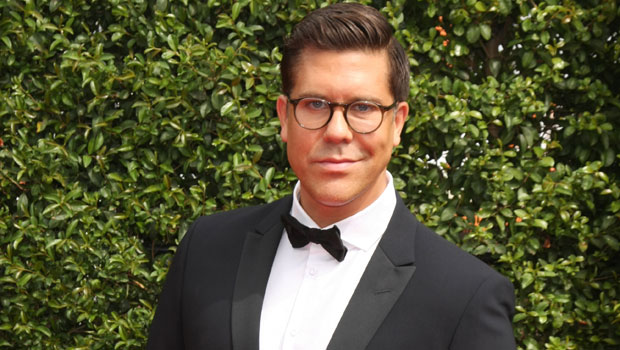