On Saturday, the New York Times reported that 25-year-old Charlotte Bennett alleges the governor repeatedly pestered her with questions about her personal life, asking her if she’d ever been with an older man, and telling her that he was open to relationships with women as young as 22 in a one-on-one meeting last May.

The disturbing Times report includes a number of unsettling details, like Bennett telling the governor that she had played soccer against his daughter before he later asked her if she would sleep with older men, or the governor remarking that she should should put a tattoo she told him she was considering getting on her rear end so it wouldn’t show when she wore skirts or dresses.

Though Bennett was clear that no physical contact occurred, she later texted a friend that the conversation “was like the most explicit it could be,” in a text message reviewed by the Times.

After bringing the incident to Cuomo’s staff, Bennett was transferred out of her position working on the governor’s Covid-19 team into a new job as a health policy aide in an office on the opposite side of the state capitol.

Cuomo’s office denied any wrongdoing towards Bennett, telling the Times in a statement that he believed he’d been acting as a mentor. According to his statement, Cuomo said he “never made advances toward Ms. Bennett, nor did I ever intend to act in any way that was inappropriate,” though he didn’t deny asking Bennett personal questions.

The accusation follows a similar allegation made on Thursday, when former state government official Lindsey Boylan, currently a candidate for Manhattan borough president, published an essay on Medium that described months of unwanted and inappropriate attention from Cuomo between 2016 and 2018, culminating in an unsolicited and unwelcome kiss in the governor’s New York City office in 2018.

“Stephanie Benton, Director of the Governor’s Offices, told me in an email on December 14, 2016 that the Governor suggested I look up images of Lisa Shields — his rumored former girlfriend — because ‘we could be sisters’ and I was ‘the better looking sister,’ wrote Boylan. “The Governor began calling me ‘Lisa’ in front of colleagues. It was degrading.”

Boylan says she was summoned to Cuomo’s office one evening in December 2016. Once alone with Boylan, the governor smirked and showed her a box of cigars given to him by former president Bill Clinton, which she took to be a reference to his affair with Monica Lewinksy.

“The Governor must have sensed my fear because he finally let me out of the office,” wrote Boylan. “I tried to rationalize this incident in my head. At least he didn’t touch me. That made me feel safer.”

From that point, Boylan claims the harassment became more relentless — even as she purposely kept the governor at arm’s length — and culminated in a sudden, completely unwelcome kiss on the lips one day in 2018 as she tried to leave Cuomo’s office. “I was in shock, but I kept walking,” wrote Boylan. Boylan says she eventually left state government in order to escape the governor’s unwanted attention.

Cuomo has launched an investigation — but critics worry about its independence

The governor has called for an independent investigation into Bennett’s allegations, asking the public to reserve judgement until the probe could be concluded.

Recent precedent in New York state is for the governor to defer to the state attorney general who will appoint their own independent investigator into the governor’s actions; however, this time Cuomo decided to appoint an investigator — former Manhattan federal judge and Clinton appointee Barbara Jones — himself, opening himself up to criticism even from his own allies.

Some critics have questioned whether Jones can be unbiased, noting that she is directly connected with former Cuomo advisor Steve Cohen through her employment at Zuckerman Spaeder LLP, which she joined in 2013. More broadly, however, officials — including a number of Democrats — have questioned whether someone selected by Cuomo can conduct a truly independent investigation.

Rep. Jerry Nadler (D-NY) released a statement Saturday asking Cuomo to refer the investigation to the state attorney general. “As has become standard practice in the State of New York when allegations relate directly to the Executive, Governor Cuomo should refer the matter to the Attorney General, who should, in turn, appoint an independent investigator,” read Nadler’s statement.

Nadler was joined by several other Democratic New York lawmakers, including Reps. Alexandria Ocasio-Cortez and Kathleen Rice, as well officials in the state legislature, like state Senate investigations committee chair James Skoufis, who also called for an independent investigation. As did Lt. Gov. Kathy Hochul, who said, “everyone deserves to have their voice heard and taken seriously.”

The allegations continue a month of Cuomo scandals

Cuomo is already under fire for reportedly undercounting Covid-19 related nursing home deaths in official statistics — and later covering it up. And one New York lawmaker says Cuomo called him to threaten him with retribution if he did not go along with the attempted cover up. The sexual harassment allegations put Cuomo on even thinner political ice.

When first confronted with accusations that the state was undercounting nursing home deaths, the governor explained that the state did not count nursing home patients who died in a hospital in the official statistics to avoid “double counting.” But an aide reportedly told state lawmakers the real reason was to avoid giving former President Donald Trump fodder to attack Cuomo and other Democrats with. Curiously, New York was alone among US states to count nursing home deaths in this way.

“It’s tricky to compare state-level data, but New York is the only state that explicitly stated that they were excluding hospital-based deaths,” Priya Chidambaram, a senior policy analyst at the Kaiser Family Foundation, a nonprofit research organization, told NBC News in mid-February.

As a result of this approach, there was a deep undercount in official statistics of nursing home deaths. The state had previously claimed that 8,500 nursing home patients had died of Covid-19; however, after accounting for hospital deaths, that number nearly doubled to 15,000. That would put New York as the state with the most nursing home Covid deaths in the country.

Cuomo has attempted to deflect criticism over the scandal. While admitting that his administration’s handling of Covid-19 data created a void that was “filled with skepticism, and cynicism, and conspiracy theories which furthered the confusion,” he also claimed that he was only attempting to follow the federal nursing home guidelines at the time.

But that explanation fell flat with some of the state’s Democrats, like New York City mayor and Cuomo critic Bill de Blasio. “I have not spoken to [Cuomo]. I do not accept his explanation,” de Blasio said during a press conference in mid-February. “There needs to be a full investigation … we need to get the whole truth and make sure nothing like this ever happens ever again.”

That call has been answered, and a federal investigation has now been launched into the matter. 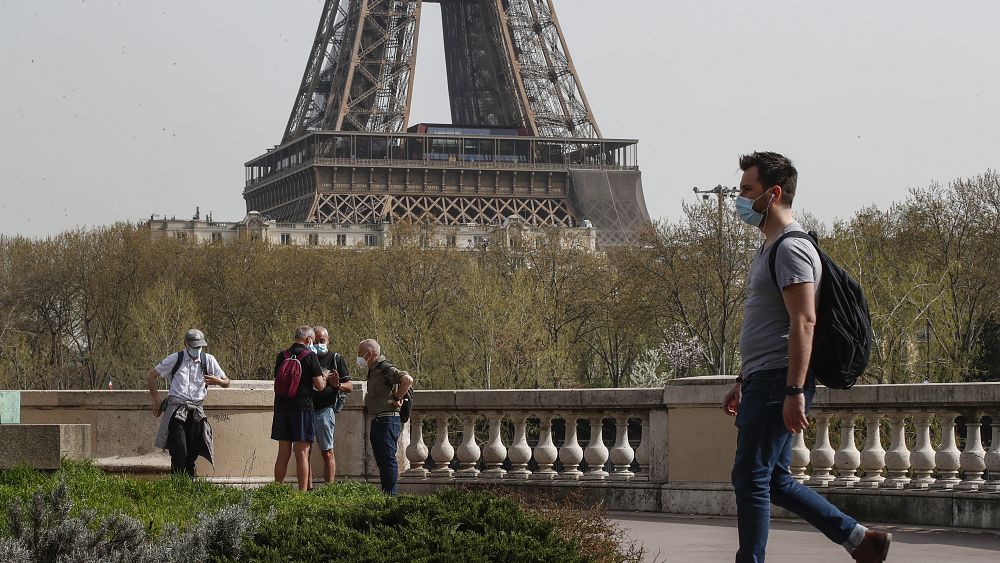 France working on ‘special pass’ for vaccinated US travellers 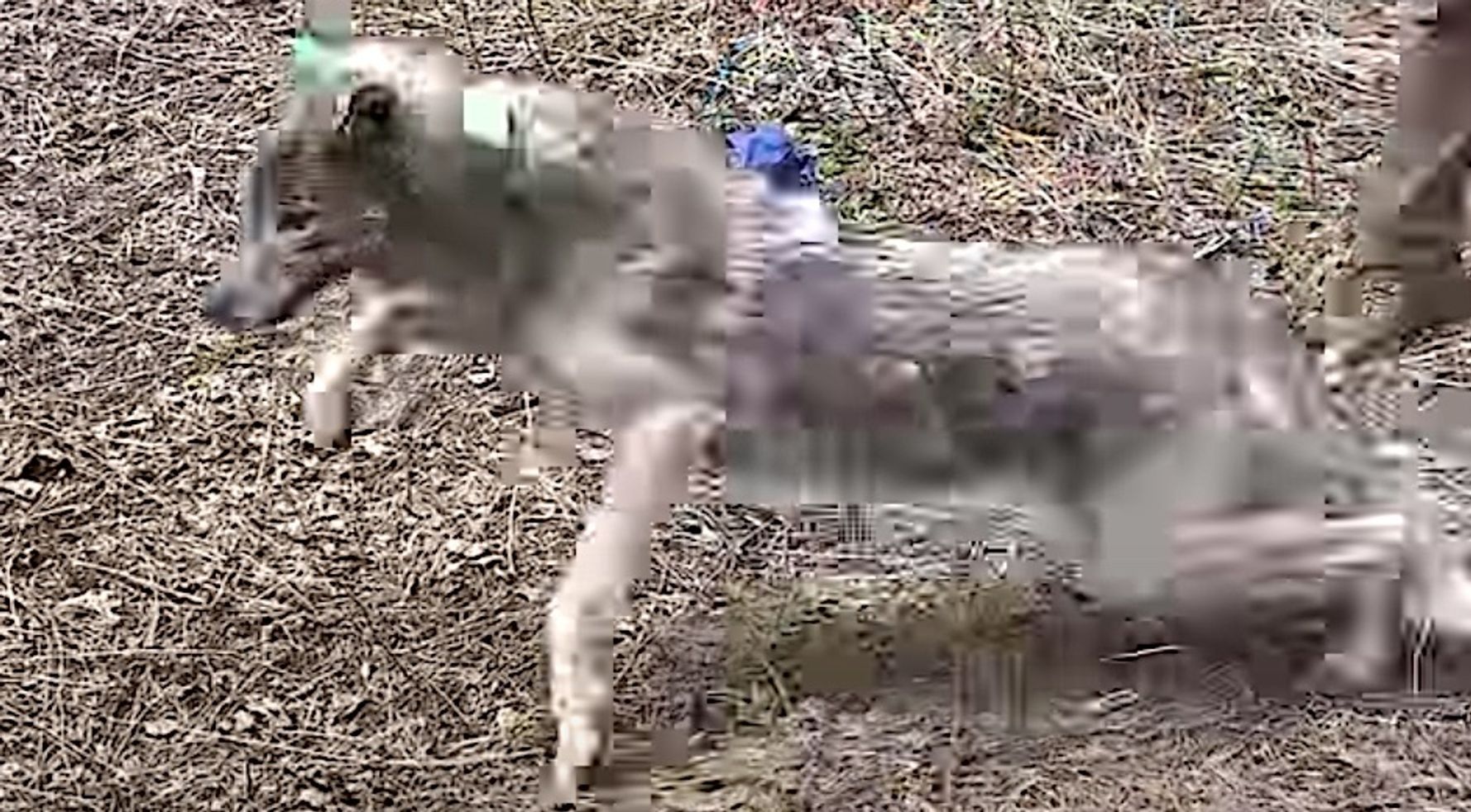 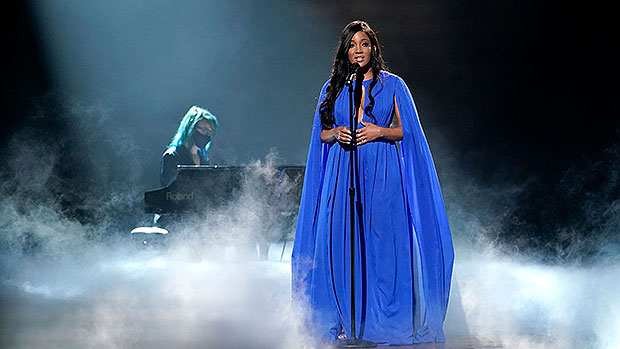 Ray Fisher Thinks Cyborg Could Return in ‘The Flash’ Movie If Warner Bros. Apologizes
3 mins ago