Sen. Josh Hawley (R-Mo.), one of the leaders of a failed attempt to negate the votes of millions of Americans, complained in a front-page editorial on Sunday that he’s being “muzzled.”

The irony wasn’t lost on his critics from both the left and the right.

On Jan. 6, Hawley raised a fist of support to a crowd of protesters in Washington D.C., shortly before many of those same protesters sacked the U.S. Capitol in a deadly insurrection aimed at overturning the election results.

Hawley also objected to the certification of votes in two states, part of a failed attempt to cancel out the legal votes of millions of Americans based on lies and conspiracy theories.

Hawley lost donors as well as a book deal after the insurrection. He then falsely claimed that being dumped by his publisher was a violation of his rights under the U.S. Constitution.

He quickly struck a new deal with a different publisher.

But when Hawley complained of being “muzzled” and a victim of “cancel culture” in his New York Post editorial, observers from across the political spectrum united to call him out:

Never forget his clenched fist salute to the mob that would soon sack the Capitol. And now he’s assuming the victim posture after American citizens use their free speech to disassociate from a man who tried to break America for Donald Trump, and himself. https://t.co/88xdjEa12e

You left out the part where you tried to cancel millions of votes. https://t.co/BIYJiqreBw

It’s time to expel @HawleyMO from the Senate because he’s a traitorous religious zealot who does not pay deference to the Constitution.. https://t.co/MWc4rmyNkc

For somebody who claims he’s been consistently muzzled, Hawley is somehow in my face in major media outlets all the time. I would think muzzling would mean I wouldn’t have to listen to this treason weasel anymore, but apparently not. https://t.co/VG5GfUOtCj

A United States Senator complains about being muzzled in an op-ed published by a major newspaper, and then tweets about it to his hundreds of thousands of Twitter followers. https://t.co/3TEbrNBQ5J

Says the shameless seditionist of the Senate. Please do your country a public service, for a change, and resign. https://t.co/kGEu6k18Ul

One of the more degrading effects of Trump on our politics is that he demonstrated how to entirely disgrace yourself, then survive by doubling down and claiming victim status.

All you needed was a total absence of shame. https://t.co/w53OiG8R2J

You incited a violent insurrection that resulted in 5 deaths and tried to cancel the vote of the majority. You will never be President. Never? Never ever. Also, you’re a a rich boy and elitist who went to an Ivy League school. Just own it. https://t.co/S15X3oltO1

One of the leaders of the “always a victim, always whining” Republican Party. https://t.co/8kJtCNxHHL

He says in a tweet to his half-million followers about an op-ed published in a paper with a quarter-million subscribers. https://t.co/wAYjsyLq64

Hawley op-Ed based entirely on a lie: “I raised a challenge to the presidential electors from Pennsylvania after that state conducted the election in violation of the state constitution.”
Not true. PA Legislature passed a law. PA Supreme Court said it was fine. Enough lies. https://t.co/9O5AAj0D2v

This is the dumbest fucking I’ve read in a long, long time. And I read Twitter all day. https://t.co/g9vXPaiXcz

You literally tried to muzzle the results of the most-participated-in election in the history of the nation you fucking Diet Proud Boy. https://t.co/iwCQ2g11kx 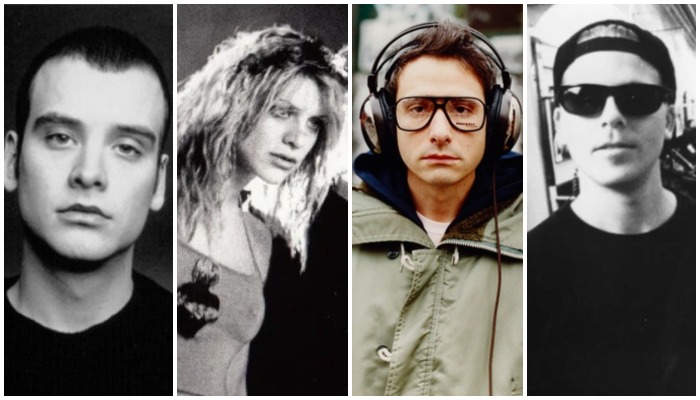 21 alternative albums from 1998 that are still influencing bands today ViacomCBS to enter streaming wars with Paramount Plus
5 mins ago

ViacomCBS to enter streaming wars with Paramount Plus