In a dunning crackdown on Parler, Amazon is jettisoning the right-wing social network from its web-hosting service, Buzzfeed News reported late Saturday.

That means Parler, a favorite of extremist Donald Trump supporters, will be off the internet as of midnight Sunday unless — or until — it can find another host.

Amazon took the action because of Parler’s lack of restrictions over users’ calls for violence, which violate the company’s terms of service, in the wake of the lethal attack on the Capitol Wednesday that left five people dead, including a police officer.

Parler has most recently been swamped with messages encouraging “Patriots” to march on Washington D.C. with weapons on Jan. 19, Buzzfeed reported.

“We’ve seen a steady increase in this violent content on your website, all of which violates our terms,” reads an email obtained by Buzzfeed written by AWS’s Trust and Safety team to Amy Peikoff, the Chief Policy Officer of Parler. “It’s clear that Parler does not have an effective process to comply with the AWS terms of service.”

Neither Amazon nor Parler commented about the crackdown. But Parler’s CEO John Matze said in a post on the site that the social media network could be “unavailable on the Internet for up to a week as we rebuild from scratch.”

Parler CEO John Matze states that Parler may be unavailable for up to a week as they rebuild from scratch. pic.twitter.com/e2gP6BNmCI

The blow followed earlier bad news for the network as Apple joined Google on Saturday to remove Parler from its App Store.

Twitter, Facebook and Reddit have also launched major crackdowns on misinformation, hate speech and incitement to violence by their own users in the wake of the Capitol attack. The actions come amid harsh criticism of the businesses for providing a platform for users to spread dangerous lies and conspire to commit violence.

The self-described “free-speech” platform Parler has been surging in popularity as extremists switch over when they or their messages are blocked from mainstream social media.

Apple dropped the Parler app Saturday because of the network’s lack of policing on misinformation and violent threats. Apple had complained earlier to Parler that the network was “used to … facilitate the illegal activities” in the Capitol attack.

“We have always supported diverse points of view being represented on the App Store, but there is no place on our platform for threats of violence and illegal activity,” Apple said in a statement Saturday. “Parler has not taken adequate measures to address the proliferation of these threats to people’s safety.”

Apple had given Parler 24 hours on Thursday to establish restrictions on harmful speech, according to an email obtained by Buzzfeed.

“We have received numerous complaints regarding objectionable content in your Parler service, accusations that the Parler app was used to plan, coordinate, and facilitate the illegal activities in Washington D.C. on January 6, 2021 that led (among other things) to loss of life, numerous injuries, and the destruction of property,” said the email. “The app also appears to continue to be used to plan and facilitate yet further illegal and dangerous activities.”

Google provided the same justification on Friday when it dropped Parler from its app offerings on the Google Play store. Company policies require that apps which display user-generated content have “moderation policies and enforcement that removes egregious content like posts that incite violence,” Google said in a statement.

Apple’s crackdown is a bigger problem for Parler than Google’s because Apple requires all iPhone apps to go through its App Store. The New York Times noted. Google cut Parler out of its Android app store, but the app can be obtained elsewhere and loaded on the phones.

But Amazon’s decision completely boots the network off the internet, unless Parler can find a substitute web-hosting service.

Twitter on Friday also permanently banned the president “due to the risk of further incitement of violence” after he encouraged his supporters to move on the Capitol. It also shut down accounts of prominent QAnon conspiracy peddlers, including Trump’s former national security adviser Michael Flynn and attorney ally Sidney Powell.

Many observers had speculated that Trump would next pop up on Parler. 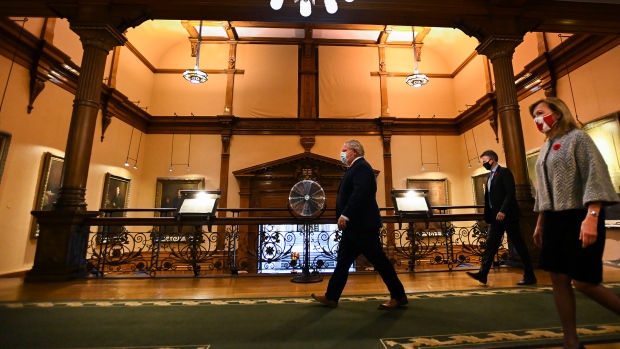 All legislative business at Queen’s Park may stop as PCs, opposition fight over going virtual
6 seconds ago 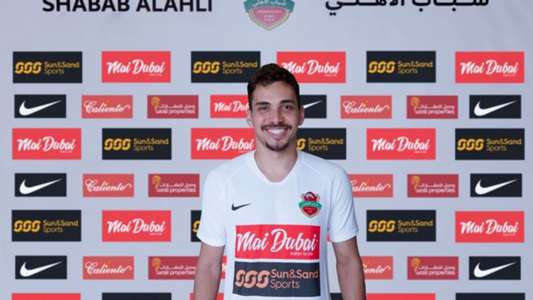 Shabab Al Ahly’s Carlos Eduardo: Scoring five goals in a match in Ligue 1 will never be forgotten | Goal.com
11 mins ago