JACKSONVILLE, Fla. — Vice President Kamala Harris urged the public to receive vaccinations during a visit on Monday to Florida, a Republican-led state that has largely remained open for business despite concerns that doing so may prolong the pandemic.

Ms. Harris, who in the past week has traveled the country to promote the particulars of the Biden administration’s $1.9 trillion coronavirus relief package, said she did not have a specific message from the administration to a state where a prominent coronavirus variant has spread, even as officials have aggressively courted tourists for an unmasked spring break season that has spiraled out of control.

“I’m here to emphasize the importance of vaccinations and getting the vaccine,” Ms. Harris told reporters shortly after landing in Jacksonville. “One thing is for sure, if you get vaccinated when it’s your turn, you are much more likely to avoid contracting Covid.”

Ms. Harris later visited a food pantry and outlined the benefits in the stimulus package for poor families. Though her portfolio of responsibilities has remained undefined, in practice, she has been an all-purpose messenger for an administration grappling with sizable problems on multiple fronts.

In Jacksonville, she fielded a question from a reporter on whether she would visit the U.S.-Mexico border: “Not today,” she quipped.

While she is on the road, one of her biggest practical hurdles is a deeply partisan landscape that threatens to throw up obstacles to the administration’s agenda, including infrastructure. The administration has tried to emphasize that the economic and public health recovery from a devastating pandemic should be bipartisan, but the White House’s effort to promote the coronavirus relief package and growing vaccination effort around the country has not been politically unified in practice.

In recent days, the Federal Emergency Management Agency has opened up mass vaccination sites in Miami, Orlando, Tampa and Jacksonville, which can each administer 3,000 shots a day. The rollout so far has been marred by confusion and bottlenecks.

The Florida Division of Emergency Management, which has partnered with FEMA to operate the mass vaccination sites, said on Monday that Floridians could continue to get first doses at those locations through April 7. That was a reversal from last week, when the state said the sites would begin giving only second doses on March 24. Frustrated state residents noted that thousands of first doses had gone unused in some of the sites because of eligibility rules limiting access to younger people and some essential workers.

“Until now, Florida’s vaccination rollout has systematically advantaged those with resources, and disadvantaged those without,” Alison Yager, the executive director of the Florida Health Justice Project, a nonprofit that promotes equitable access to health care, said in an email. “I very much hope that her visit will prompt Florida’s leadership to consider how we can change course, to ensure that the vaccination process, moving forward, prioritizes access for members of our most marginalized communities.”

Florida has logged more than two million cases of coronavirus since the pandemic began, according to a New York Times database. As Ms. Harris visited the FEMA-run site in Jacksonville, which was situated in tented buildings outside a palm-tree-lined strip mall, hundreds were in line for a vaccine. She made small talk with a tour guide and a woman receiving the vaccination, and posed for photos.

Later on Monday, Ms. Harris hosted an event at Feeding Northeast Florida, a food pantry, to emphasize how the relief package can help poor families. After years of the Trump administration tightening access to food stamps, the stimulus package expands benefits on the Supplemental Nutrition Assistance Program by $230 a month through the end of September. Some 45 million people rely on the program.

The stimulus payments would be $1,400 for most recipients. Those who are eligible would also receive an identical payment for each of their children. To qualify for the full $1,400, a single person would need an adjusted gross income of $75,000 or below. For heads of household, adjusted gross income would need to be $112,500 or below, and for married couples filing jointly that number would need to be $150,000 or below. To be eligible for a payment, a person must have a Social Security number. Read more.

Buying insurance through the government program known as COBRA would temporarily become a lot cheaper. COBRA, for the Consolidated Omnibus Budget Reconciliation Act, generally lets someone who loses a job buy coverage via the former employer. But it’s expensive: Under normal circumstances, a person may have to pay at least 102 percent of the cost of the premium. Under the relief bill, the government would pay the entire COBRA premium from April 1 through Sept. 30. A person who qualified for new, employer-based health insurance someplace else before Sept. 30 would lose eligibility for the no-cost coverage. And someone who left a job voluntarily would not be eligible, either. Read more

This credit, which helps working families offset the cost of care for children under 13 and other dependents, would be significantly expanded for a single year. More people would be eligible, and many recipients would get a bigger break. The bill would also make the credit fully refundable, which means you could collect the money as a refund even if your tax bill was zero. “That will be helpful to people at the lower end” of the income scale, said Mark Luscombe, principal federal tax analyst at Wolters Kluwer Tax & Accounting. Read more.

There would be a big one for people who already have debt. You wouldn’t have to pay income taxes on forgiven debt if you qualify for loan forgiveness or cancellation — for example, if you’ve been in an income-driven repayment plan for the requisite number of years, if your school defrauded you or if Congress or the president wipes away $10,000 of debt for large numbers of people. This would be the case for debt forgiven between Jan. 1, 2021, and the end of 2025. Read more.

The bill would provide billions of dollars in rental and utility assistance to people who are struggling and in danger of being evicted from their homes. About $27 billion would go toward emergency rental assistance. The vast majority of it would replenish the so-called Coronavirus Relief Fund, created by the CARES Act and distributed through state, local and tribal governments, according to the National Low Income Housing Coalition. That’s on top of the $25 billion in assistance provided by the relief package passed in December. To receive financial assistance — which could be used for rent, utilities and other housing expenses — households would have to meet several conditions. Household income could not exceed 80 percent of the area median income, at least one household member must be at risk of homelessness or housing instability, and individuals would have to qualify for unemployment benefits or have experienced financial hardship (directly or indirectly) because of the pandemic. Assistance could be provided for up to 18 months, according to the National Low Income Housing Coalition. Lower-income families that have been unemployed for three months or more would be given priority for assistance. Read more.

“The work that we did on the American Rescue Plan was designed with you mind,” Ms. Harris told a round table of local participants, including Representative Al Lawson, Democrat of Florida.

She also said that benefits for children on free and reduced lunch in schools would be extended through the end of the pandemic. The Special Supplemental Nutrition Program for Women, Infants and Children, she said, will also see an infusion of $880 million. Ms. Harris then listed off a number of other benefits, including an expanded child tax credit and health care assistance.

“This is meant to be a public education campaign,” she said. “So people know what they’re entitled to receive.” 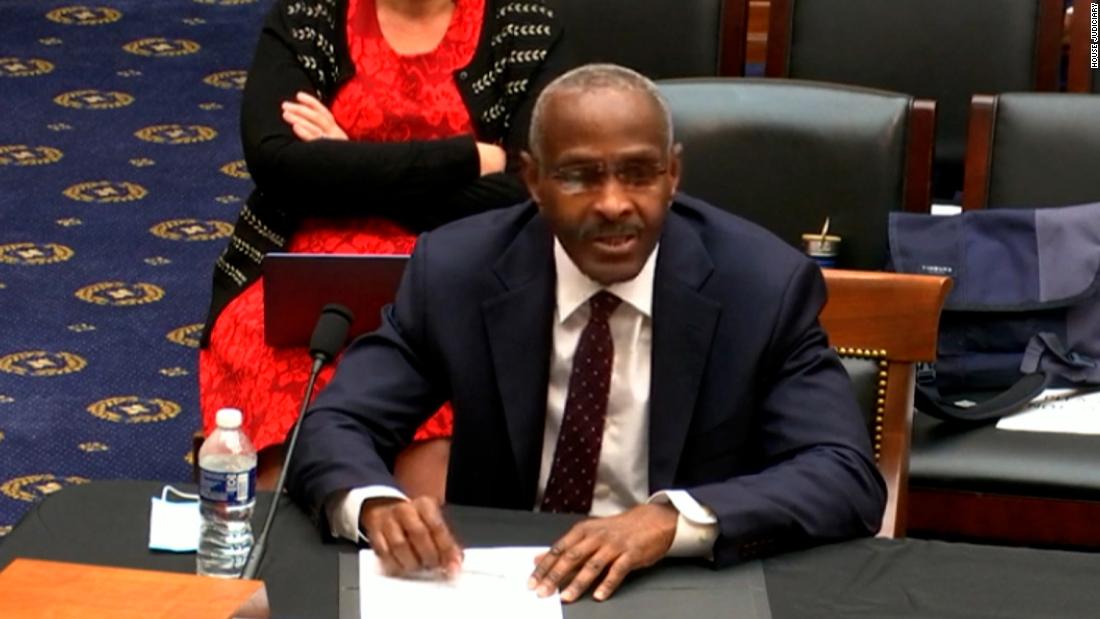 John Paragon Dies, Jambi on ‘Pee-wee’s Playhouse’ Was 66
57 seconds ago 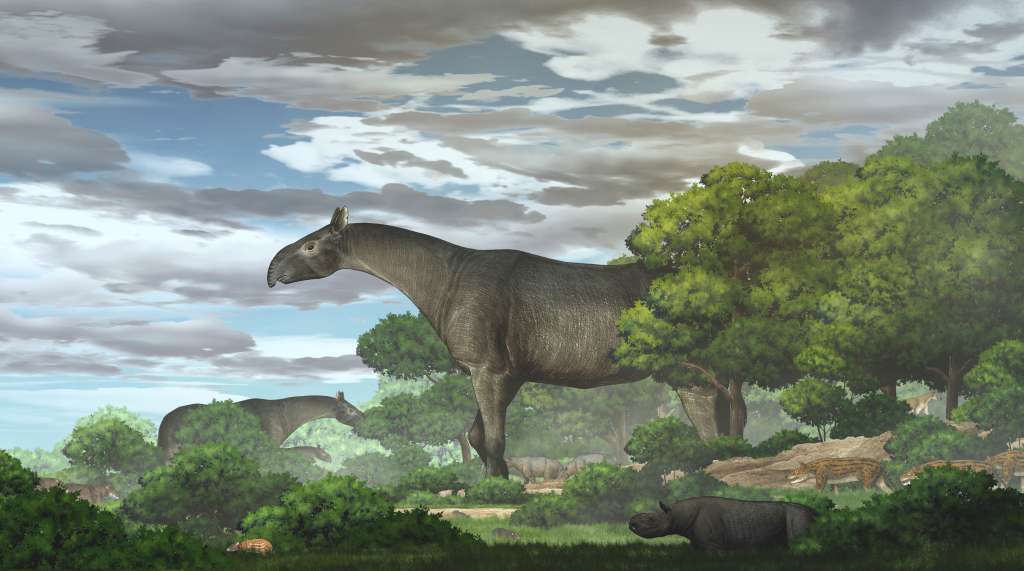 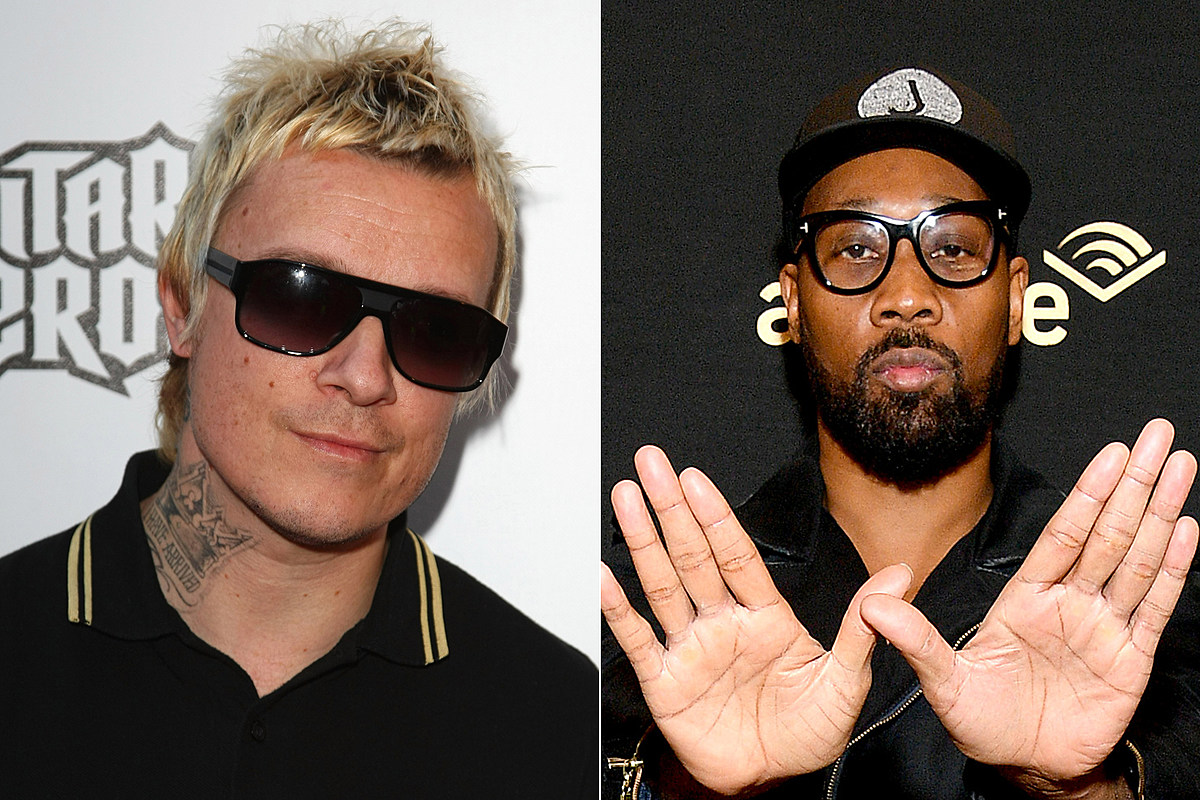