Congressional Democrats pushed back on President Joe Biden’s decision on Friday not to sanction Saudi Crown Prince Mohammed bin Salman, who is also often referred to as MBS. The president made the decision following the release of an unclassified CIA report confirming that the crown prince ordered the killing of US-based Washington Post journalist, and Saudi dissident, Jamal Khashoggi in 2018.

Following the report’s release Friday, the State Department announced sanctions — including visa travel restrictions — for many of MBS’s associates and deputies, but no direct punishment for the crown prince himself. According to a New York Times report, Biden and White House officials decided that sanctions against MBS — who is expected to one day occupy the Saudi throne — himself could potentially poison relations with one of the US’s closest Middle Eastern allies.

Democrats in Congress initially praised the release of the CIA report, an action which former President Donald Trump had refused to take, but many called for direct sanctions for the crown prince for his role in the killing. Sen. Richard Blumenthal, for instance, tweeted that “MBS cannot be allowed to get away with monstrous murder.”

MBS cannot be allowed to get away with monstrous murder. This new report adds to a mounting pile of evidence that the Crown Prince is culpable for Khashoggi’s killing & cover-up. A reset in US-Saudi relations & accountability is urgently needed https://t.co/achhFqRYX3

Rep. Adam Schiff, (D-CA), chair of the House Intelligence Committee, tweeted praise for Biden for releasing the report but indicated that he’d “continue to press” for direct consequences for MBs himself. And Schiff didn’t mince any words in a longer statement about the matter.

“The Biden Administration should explore ways to ensure the repercussions for the brutal murder of Mr. Khashoggi go beyond those who carried it out, to the one who ordered it — the Crown Prince himself. He has blood on his hands,” wrote Schiff. “The Administration should consider sanctions on assets in the Saudi Public Investment Fund he controls that have any link to the crime.”

Sen. Mark Warner, who represents Virginia, the state Khashoggi called home, stopped short of criticizing Biden, instead offering praise for release of the report, which was mandated by a 2019 law requiring its release.

For too long, the U.S. failed to hold Saudi Arabia accountable for the murder of journalist, dissident, and Virginia resident Jamal Khashoggi. I’m encouraged to see the new administration taking steps to rectify that by releasing this overdue congressionally mandated report. https://t.co/UQ0qHFzyl1

Biden’s decision was met with harsher criticism in the press. Khashoggi had a long career as a journalist, working as the editor of Saudi Arabian newspaper Al Watan, a perch he used to offer criticism of the Saudi government. As Alexia Underwood has explained for Vox, Khashoggi ramped up that criticism in the final years of his life in editorials for news services around the world, perhaps notably in his columns for the Washington Post, which expressed deep disappointment with Biden’s decision on Friday.

“Since the day this innocent journalist was brutally murdered, we have called for two important actions: for the facts to come to light and for accountability on the part of those responsible,” said Washington Post publisher and CEO Fred Ryan in a statement Friday. “Today’s release of the report has brought the facts to light. Now, the man who authorized this brutal murder must be held fully accountable for it. More than two years has gone by since Jamal’s unthinkable death — it is time the United States and freedom-loving nations around the world ensure there is justice for Jamal.”

The Post followed that statement with a piece signed by its editorial board titled, “Mohammed bin Salman is guilty of murder. Biden should not give him a pass.” and an opinion piece exploring what justice for Khashoggi might look like.

New York Times columnist Nicholas Kristoff, who has called Khashoggi a friend, took a similarly harsher tone, saying Biden is letting MBS get away with murder. “Instead of imposing sanctions on M.B.S., Biden appears ready to let the murderer walk,” wrote Kristoff. “The weak message to other thuggish dictators considering such a murder is: Please don’t do it, but we’ll still work with you if we have to. The message to Saudi Arabia is: Go ahead and elevate M.B.S. to be the country’s next king if you must.”

Saudi Arabia and MBS previously enjoyed a rich relationship with the Trump administration, mainly made possible through Trump’s son-in-law, Jared Kushner, who reportedly would chat with MBS on WhatsApp. Trump himself reportedly bragged at one point that he “saved [MBS’s] ass,” by covering for the crown prince’s involvement in Khashoggi’s murder.

Trump also offered material support for the oil-rich middle east country’s offensive in Yemen in the form of arm sales, and argued that those sales — worth up to $110 billion — meant that the US couldn’t, and shouldn’t, worry too much about punishing Saudi Arabia or MBS. Congress disagreed, passing a ban on those arm sales, but Trump continued the practice anyway.

For his part, Biden has promised a shift in US-Saudi relations. During the presidential campaign in 2020, Biden called Saudi Arabia a “pariah,” with “no redeeming value,” and some of the actions early in his administration show a bit of change. The Yemen-related arm sales are now over, and Biden has personally shunned MBS, instead choosing to deal directly with King Salmon, who is 85 years old and in poor health.

“I spoke yesterday with the king, not the prince,” Biden told Univision on Friday. “And made it clear to him that the rules are changing. … We are going to hold them accountable for human rights abuses.”

Biden promised more changes to the US-Saudi Arabia relationship will be coming soon. But the White House still sees the Saudis as a key ally against Iran, and as a nation that can assist with the US’ counterterrorism goals. But MBS, who serves as the nation’s defense minister, has become a difficult partner, as he has been a regional source of disharmony, running a recently-ended blockade of neighboring Qatar and of course, spearheading Khashoggi’s murder. MBS is next in line to the crown of Saudi Arabia, and he, along with the king, have taken steps to firm up his legitimacy in case a sudden transition of power is needed.

A frosty relationship with the US president could hurt MBS’s grip on power in the nation, but could also make it more difficult for the US to accomplish its goals in the Middle East. For that reason, former Middle East negotiator Dennis Ross told the New York Times, “This is the classic example of where you have to balance your values and your interests.”

Ultimately, the Khashoggi fallout poses the biggest risk to date of souring US-Saudi relations, as indicated by a scathing statement issued by the Saudi Foreign Ministry.

“The government of the Kingdom of Saudi Arabia completely rejects the …. assessment in the report pertaining to the Kingdom’s leadership, and notes that the report contained inaccurate information and conclusions,” the Saudi Foreign Ministry said in a statement.

The incident is an early and serious test of Biden’s foreign policy operation. But for many Democrats, civil rights groups, and press freedom advocates eager to put the US’ complacency towards MBS in the past, Biden’s decision is not enough. 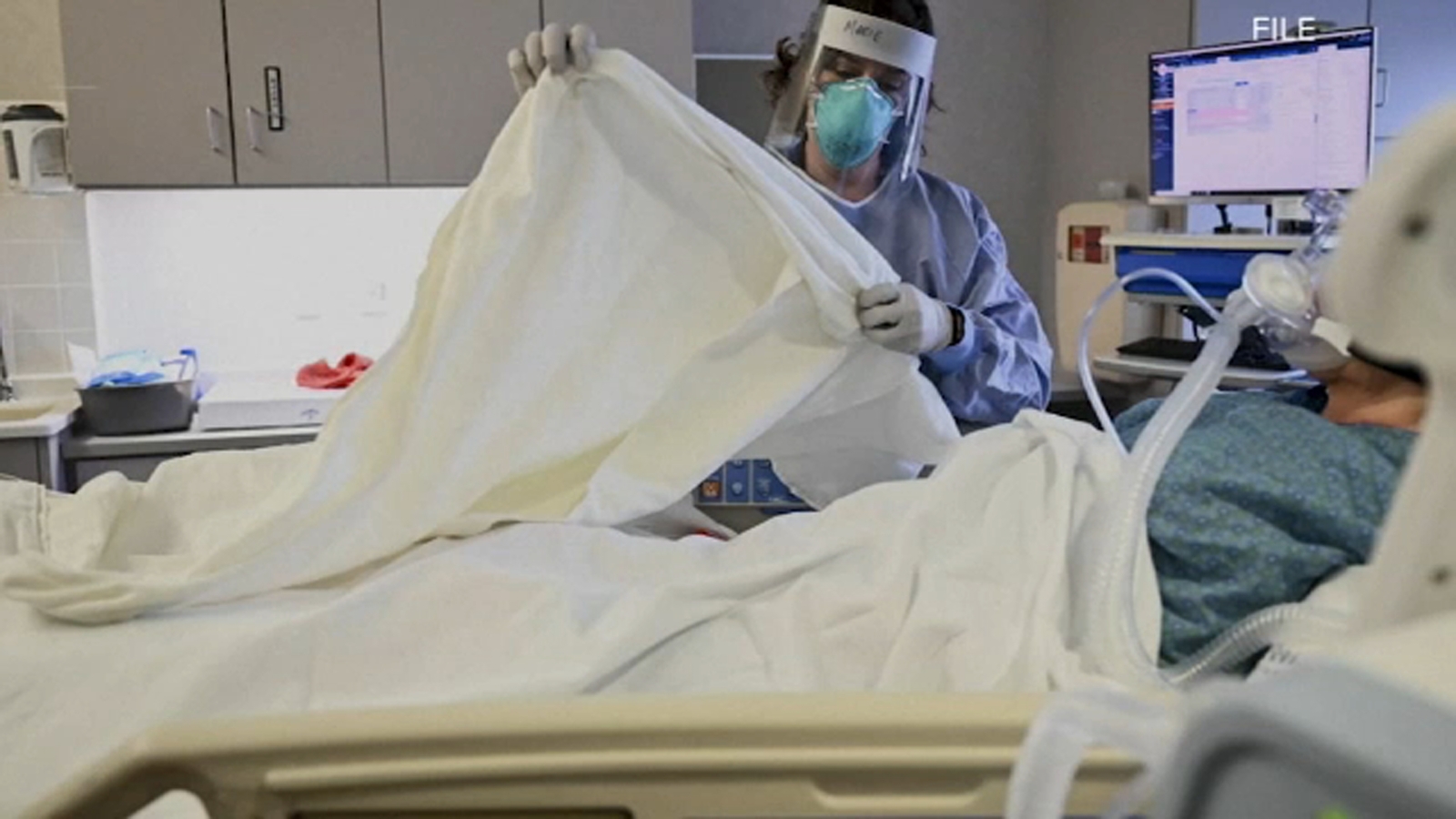 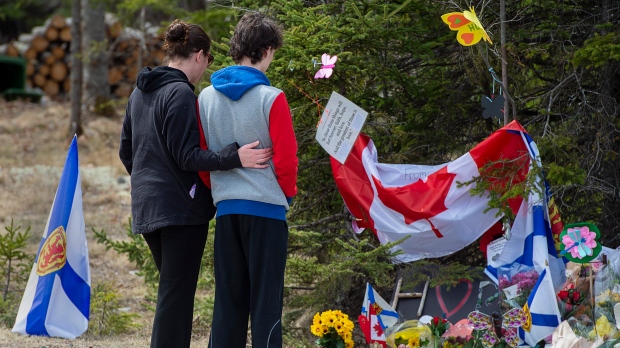