One party is running on democracy and elections in 2022, and it’s not the Democrats.

Despite a broad consensus on the left that the country’s most revered institutions are in trouble, with President Biden and other leaders warning gravely that protecting voting rights and fair elections is of paramount importance, the vast majority of Democratic candidates are veering away from those issues on the campaign trail.

Instead, they are focusing on bread-and-butter economic topics like inflation and gas prices. Continuing to win elections must come first, the thinking goes — and polls and focus groups show that the issue of voting rights is far down the list of voters’ most urgent concerns.

“You cannot buy a lot of groceries with voting rights,” said Trey Martinez Fischer, a Texas state representative who organized Democrats’ flight from the state in July in a failed effort to block a Republican election bill. “Last summer there was nothing more important than voting rights, but the universe has shifted, and it’s become a conversation about our economy and inflation and the cost of goods.”

But as that conversation has shifted, Democrats have largely ceded the political turf on the structure of American democracy to Republicans. Riding a lasting wave of anger over the 2020 election, many G.O.P. candidates have put what they call “election integrity” front and center, even as they attack Mr. Biden and Democrats over the rising cost of living.

Many Republican candidates have falsely argued in debates, social media posts and TV ads that the 2020 race was stolen from former President Donald J. Trump, views that are shared by large numbers of the party’s voters. Mr. Trump’s allies have continued to try to decertify the 2020 results, and he has made questioning the last election a litmus test for winning his endorsement, which is coveted in Republican primaries.

“It’s critical that we keep the heat on in terms of exposing what was a stolen election,” Peter Navarro, a former top White House adviser to Mr. Trump, said on Steve Bannon’s podcast last month.

There is no evidence of meaningful fraud in the 2020 election, a finding consistent from the initial days after the vote through an array of reviews in the nearly 18 months since. Republicans ranging from William P. Barr, Mr. Trump’s attorney general, to state officials from Wisconsin to Wyoming have acknowledged that Mr. Biden was the rightful winner.

The parties’ wide gap in energy on elections and voting — which comes during a midterm year when Republicans are ascendant — worries some Democrats, especially Black Democrats who have been dismayed by the party’s inability to pass federal voting protections while in power.

“If people don’t see that Democrats are defending our right to vote, then people may not be enthused about coming out to vote,” said Angela Lang, the executive director of Black Leaders Organizing for Communities in Milwaukee.

Partly in response to their base and to Mr. Trump, Republican state lawmakers have pressed vigorously to remake the country’s election systems, passing 34 laws restricting voting access in 19 states last year.

Republican candidates are promising more: Gov. Kay Ivey of Alabama, who is up for re-election, is running an ad saying the election was stolen and highlighting voting restrictions she signed into law. Her leading challenger, Lindy Blanchard, has attacked Ms. Ivey for at one point saying Mr. Biden won fairly.

On the Democratic side, a small handful of candidates running for office at any level of government have run television ads pledging to work to expand voting rights, according to AdImpact, a media tracking firm.

In both parties, candidates are following their voters.

Democrats have told pollsters, focus groups and organizers knocking on their doors that they are most worried about inflation. Despite macroeconomic data that Democrats paint as rosy, Americans broadly do not feel good about the economy. That includes Republicans, but they are also impassioned about electoral issues: Polls show that nearly three-quarters believe Mr. Biden’s victory was illegitimate.

Incumbent Democrats and the White House are trying to make a case that Mr. Biden is overseeing a drop in the unemployment rate accompanied by an increase in wages, a difficult strategy since inflation overshadows both of those trends and Democrats are the party in charge. An NBC poll last month found that voters were far more likely to blame Mr. Biden for inflation than for the pandemic or corporate price increases.

Representative Pete Aguilar of California, who serves both on the Jan. 6 Committee and in the House Democratic leadership, said that while “we hope that everybody starts with the base level of, ‘protect democracy, support a peaceful transfer of power,’” he and other party leaders wanted candidates “talking about issues that matter, and that is economic.”

Some Democrats have tried to make voting rights a leading issue in the United States. When the Texas legislators fled Austin for Washington last summer, they tried shaming Senate Democrats into passing a sweeping federal expansion of voting rights. In January, as Mr. Biden pushed for the same goal, he gave a soaring speech in Atlanta comparing today’s Republicans to George Wallace and Bull Connor, villains of the civil rights era.

Now voting rights has virtually disappeared as a top issue for both voters and candidates. In an AARP poll of likely voters aged 50 and older that was released this month, voting rights was ninth on a list of the most important issues facing the country, just behind immigration and ahead of racism.

The party’s highest-profile defenders of voting rights are also training their attention elsewhere. Stacey Abrams, the leading Democratic candidate for governor of Georgia, is focusing far less on voting rights than she once did in her speeches, eschewing her flagship issue to spend more time addressing topics like Medicaid expansion and aid to small businesses. And in Arizona, Katie Hobbs, the secretary of state who defended Mr. Biden’s 2020 victory there, said voters and fellow Democrats would rather talk about anything else.

“The Democratic lawmakers I talk to are tired of this fight,” Ms. Hobbs said. “They’re focused on addressing real issues that affect people’s daily lives rather than relitigating the 2020 election.”

Democratic strategists are also advising their clients to move on from talking about expanding voting rights.

“Democrats have to choose between a legislative agenda that advances voting rights with the need to educate communities of color about the new laws in their states,” said Dan Sena, a former executive director of the Democratic Congressional Campaign Committee who represents a host of clients running for House seats.

Few Democrats have aired television ads pledging to expand voting access since the Senate effort faltered in January. Two Democratic congresswomen in Georgia who are facing off in a primary, Representatives Lucy McBath and Carolyn Bourdeaux, are both on the air highlighting their support for the failed federal voting legislation.

The candidate making the most concrete promises of expanding voting access is Neville Blakemore, who is running to be the clerk of Jefferson County, Ky., which includes Louisville.

Why are voting rights an issue now? In 2020, as a result of the pandemic, millions embraced voting early in person or by mail, especially among Democrats. Spurred on by Donald Trump’s false claims about mail ballots in hopes of overturning the election, the G.O.P. has pursued a host of new voting restrictions.

Why are these legislative efforts important? The Republican push to tighten voting rules has fueled doubts about the integrity of the democratic process in the U.S. Many of the restrictions are likely to affect voters of color disproportionately.

Which states have changed their voting laws? Nineteen states passed 34 laws restricting voting in 2021. Some of the most significant legislation was enacted in battleground states like Texas, Georgia and Florida. Republican lawmakers are planning a new wave of election laws in 2022.

Will these new laws swing elections? Maybe. Maybe not. Some laws will make voting more difficult for certain groups, cause confusion or create longer wait times at polling places. But the new restrictions could backfire on Republicans, especially in rural areas that once preferred to vote by mail.

He is challenging a Republican incumbent who has held office since the Clinton administration in a county where 59 percent of voters backed Mr. Biden. Mr. Blakemore has TV ads calling for more polling places, free rides to the polls and expanded early voting — all issues within the purview of the county clerk’s office.

“It’s not jobs, it’s not gun violence — there are more important issues — but who you vote for affects all the other things,” Mr. Blakemore said in an interview. “There is almost nothing like voting. It’s not sacred, but boy, it’s really big.”

Daniel Squadron, the executive director of the States Project, a group focused on helping Democrats win control of state legislatures, said that avoiding the topic amounted to ceding the discussion about voting rights to Trump-inspired Republicans.

“It risks the very democracy to leave that conversation in states to people trying to undermine it,” he said. “We need to be making sure people are aware of just how real the threat to democracy is.”

But other Democrats running for office this year are taking a more pragmatic approach.

“Everyone has an obligation when it comes down to saving our democracy,” said Jasmine Crockett, a Texas state representative who is running for a safe Democratic congressional seat based in Dallas. “But right now, people are trying their best to win. They’re definitely paying attention to polling.”

For some Democrats, the worry is that voters living paycheck to paycheck will punish the party in power unless somehow that party can persuade voters it has a plan to end inflation and is earnestly trying to put it in place.

“It is no easy task,” said Jefrey Pollock, a Democratic pollster who works with House candidates. “The first is to tell voters you do understand because you’re experiencing the same kind of inflation and have the same struggles that they feel. You also have to convince them you have passed some incredibly important economic legislation to address it. And more important, there’s more to be done.”

Even in races against Republicans who sought to overturn the 2020 election, Democrats have emphasized to voters their concern about kitchen-table issues.

Kelly Ruh, a city alderwoman in De Pere, Wis., was subpoenaed by the congressional committee investigating the Jan. 6 attack because she was among the slate of Republican alternate electors that Wisconsin Republicans submitted, despite Mr. Trump’s loss in the state.

That earned Ms. Ruh a challenge from Pamela Gantz, a real estate agent who served as a poll worker during the 2020 election and was backed by the Democratic Party of Wisconsin.

When the local newspaper asked Ms. Gantz to articulate the most important issue facing the city, she didn’t say upholding democracy. Instead she highlighted her support for building a bridge over the Fox River. 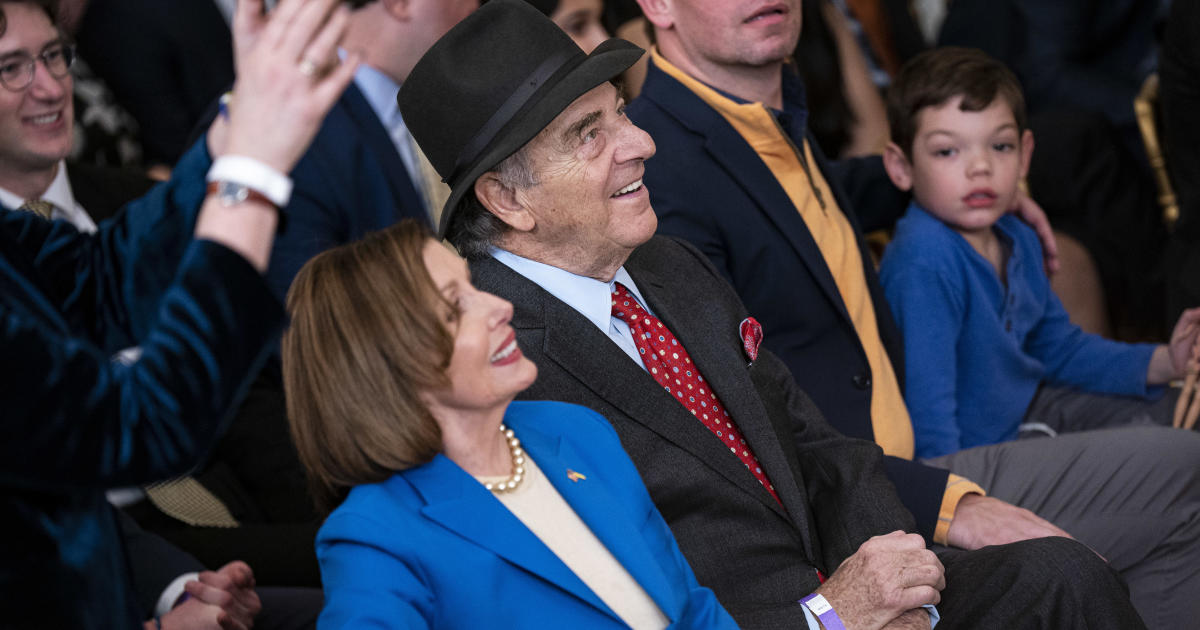 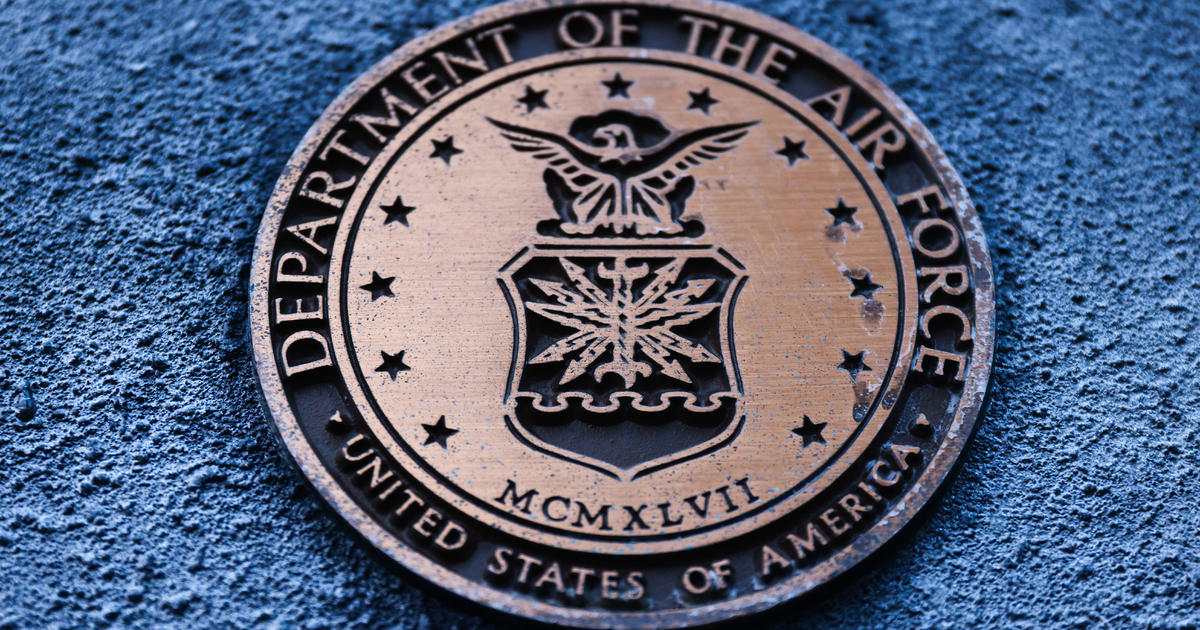