On Monday, Democrats will start one of the most chaotic legislative sprints in recent memory. With a potential government shutdown looming, House Speaker Nancy Pelosi (D-CA) said Saturday that three key bills, including President Joe Biden’s $3.5 trillion reconciliation package, “must pass” in the coming week.

That timeline means the next week could be make or break for Biden’s legislative agenda, but all three bills face a complicated road ahead in Congress.

“The next few days will be a time of intensity,” Pelosi said in a letter to her caucus on Saturday. “We sent a CR to the Senate and are awaiting their action to avoid a shutdown. We must pass the BIF to avoid the expiration of the surface transportation funding on September 30. And we must stay on schedule to pass the reconciliation bill so that we can Build Back Better.”

Will make for one of the most intense weeks in congress. pic.twitter.com/oPUX8Xc3LT

The proposed continuing resolution, or CR, would fund the government until December, heading off a shutdown in the midst of an ongoing pandemic. Democrats have also attached a crucial measure to increase the debt ceiling to that resolution.

The bipartisan infrastructure bill, or BIF, which passed the Senate last month with the support of 19 Republicans and every Democrat, includes $550 billion in new spending and would direct much-needed funding to roads, public transit, rural broadband, and other areas. And a $3.5 trillion reconciliation package, which Democrats have branded the Build Back Better Act, includes major parts of the Biden agenda that were dropped from the bipartisan deal. If passed in its proposed form, the bill would fund new social programs like universal pre-kindergarten, create green jobs to help combat climate change, and expand a child tax credit that has already lifted millions out of poverty.

Even alone, though, each piece of legislation would face a number of hurdles getting through a closely divided Congress. Add to that an intraparty schism between the progressive and centrist wings of the Democratic Party over the ambitious reconciliation bill, as well as the tight deadline outlined by Pelosi on Saturday, and things look even more challenging.

Specifically, the closely linked bipartisan infrastructure bill and reconciliation package have become intertwined in such a way that one may not be able to pass without the other, and the CR faces difficulties of its own in the Senate.

Among the most pressing issues facing Congress this week is the looming prospect of a partial government shutdown. With the federal fiscal year ending September 30, Congress has until then to pass the continuing resolution and prevent a third shutdown in as many years.

However, that could be particularly difficult to achieve this year. The CR that passed the House last week also includes a measure to raise the federal government’s debt ceiling ahead of a separate October deadline — something Senate Republicans have refused to support, despite voting to raise the debt ceiling three times while former President Donald Trump was in office.

If a resolution fails to pass in time and the government does partially shut down, the ramifications could be especially severe thanks to the ongoing pandemic.

“The worst time in the world we want to shut down the government is in the middle of a pandemic where we have 140,000 people a day getting infected and 2,000 people a day dying,” Anthony Fauci, the nation’s leading infectious disease expert, told the Washington Post last week. “That’s the time when you want the government working full blast to address this.”

The approaching debt ceiling also raises the stakes of the coming week for congressional Democrats.

If Congress fails to raise the debt ceiling, NPR reported last week, the US could default on its debt, which would have a potentially seismic impact on the US economy.

“We would emerge from this crisis a permanently weaker nation,” Treasury Secretary Janet Yellen warned in a Wall Street Journal op-ed earlier this month, noting that the US’s good reputation for paying its bills also has geopolitical significance.

Should the nation default when its cash reserves and borrowing capacity are exhausted in mid-October, borrowing would become more expensive — and that burden would fall on ordinary Americans, many of whom are already struggling due to the economic crisis brought on by Covid-19.

Experts have also warned that a US default could provoke a new financial crisis: The ensuing recession could see unemployment surge to 9 percent and as much as $15 trillion in household wealth wiped out, according to the Washington Post.

Despite the catastrophic implications of a potential US default, Senate Minority Leader Mitch McConnell (R-KY) has signaled that he intends to force Democrats to go it alone on the debt ceiling, even at the cost of precipitating a government shutdown by withholding support for the proposed funding resolution.

“We do not have divided government. Democrats do not need our help,” he said in a statement earlier this month. “They have every tool to address the debt limit on their own: the same party-line process they used to ram through inflationary spending in March and already plan to use again this fall.”

McConnell reiterates that GOP senators oppose extending the debt limit if Democrats “go it alone” on the multi-trillion-dollar bill. “They will not get Senate Republicans’ help with raising the debt limit.”

“We do not have divided government. Democrats do not need our help.”

While that’s technically true — Democrats could use the same reconciliation process they’re pursuing to pass the $3.5 trillion spending bill in order to pass the CR with only Democratic votes — a key Democratic House member has already indicated that that option may be off the table.

According to Punchbowl News’ Jake Sherman, Rep. John Yarmuth (D-KY), the chair of the House Budget Committee, said last week that “his staff has come to the conclusion there is not enough time to alter the reconciliation bill OR write a stand alone bill to lift the debt ceiling.”

NEW: House Budget Chair @RepJohnYarmuth told me and @mkraju his staff has come to the conclusion there is not enough time to alter the reconciliation bill OR write a stand alone bill to lift the debt ceiling

This could complicate next month as we inch closer to deadline

That means the current CR, which has already passed the House, could be the only viable mechanism to both fund the government and avert a debt ceiling crisis before the deadline.

Still, McConnell appears poised to block any CR that includes an increase to the debt ceiling, though he has said his conference would support a “clean continuing resolution” without the debt ceiling. That alternative still leaves Democrats with the question of what to do about the debt ceiling increase, however, considering Yarmuth’s position that it may now be too late to pass it through other avenues, and that could make for a uncertain week on Capitol Hill.

Nonetheless, Pelosi has signaled that the CR will get done in time. “Whatever it is, we will have a CR that passes both houses by September 30,” she said at a press conference Thursday.

A lot could still go wrong for congressional Democrats

In addition to the complications posed by McConnell’s stance on the debt ceiling, Democrats are facing an intraparty struggle over the linked bipartisan infrastructure bill and the proposed reconciliation package.

In the Senate, Sens. Kyrsten Sinema (D-AZ) and Joe Manchin (D-WV) have both balked at the $3.5 trillion figure, with Manchin saying unequivocally in a Wall Street Journal editorial earlier this month that he wouldn’t vote for a bill with that price tag.

All 50 Democratic votes in the Senate are needed to pass the reconciliation measure, however, making their support critical.

For her part, Sinema made her opposition known in July, but indicated then that she was open to negotiations. In recent weeks, Sinema has met with Biden to discuss the bill, and according to Politico, her continued support for reconciliation depends on the House’s passage of the bipartisan infrastructure bill on Monday.

Sinema’s position puts congressional Democrats in a distinct bind, since progressives in the House say they will not support the infrastructure bill until Congress moves forward with the larger, more progressive reconciliation bill as well, and Pelosi is working with an exceedingly narrow Democratic margin in the House.

That means the votes to pass the bipartisan deal might not be there if the reconciliation bill doesn’t come along with it — or at least that’s what House progressives are betting. Progressive leaders, such as Rep. Pramila Jayapal (D-WA), who chairs the Congressional Progressive Caucus, are hoping to use their support for the bipartisan deal as leverage to keep the more ambitious reconciliation bill moving along as well.

As of Sunday, it’s unclear exactly when the House will vote on the bipartisan infrastructure package. Jayapal has said she does not believe there will be a vote Monday, and Pelosi declined to offer a specific day in a Sunday interview with ABC’s George Stephanopoulos, saying that “we’re going to pass the bill this week.”

Jayapal: “I don’t believe there is going to be a vote” tomorrow on infrastructure in the House. (Everyone agrees with this but remember the goal was to consider, not vote, starting tmw.)

“A deal’s a deal,” Jayapal tweeted on Sunday. “We don’t pass the infrastructure bill without passing the Build Back Better Act, investing in child care, climate action, paid leave, housing, health care, education, and a roadmap to citizenship.” 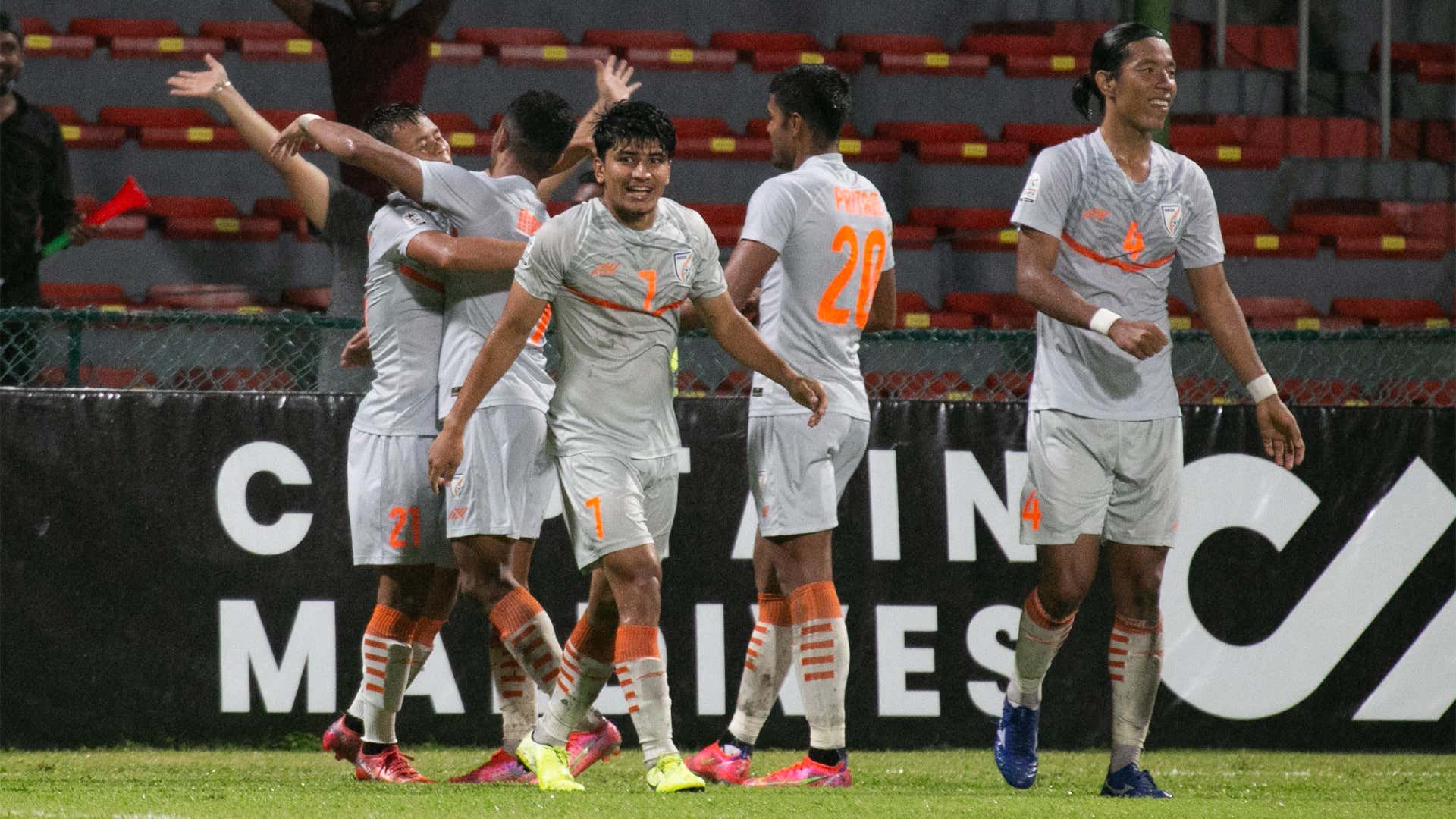 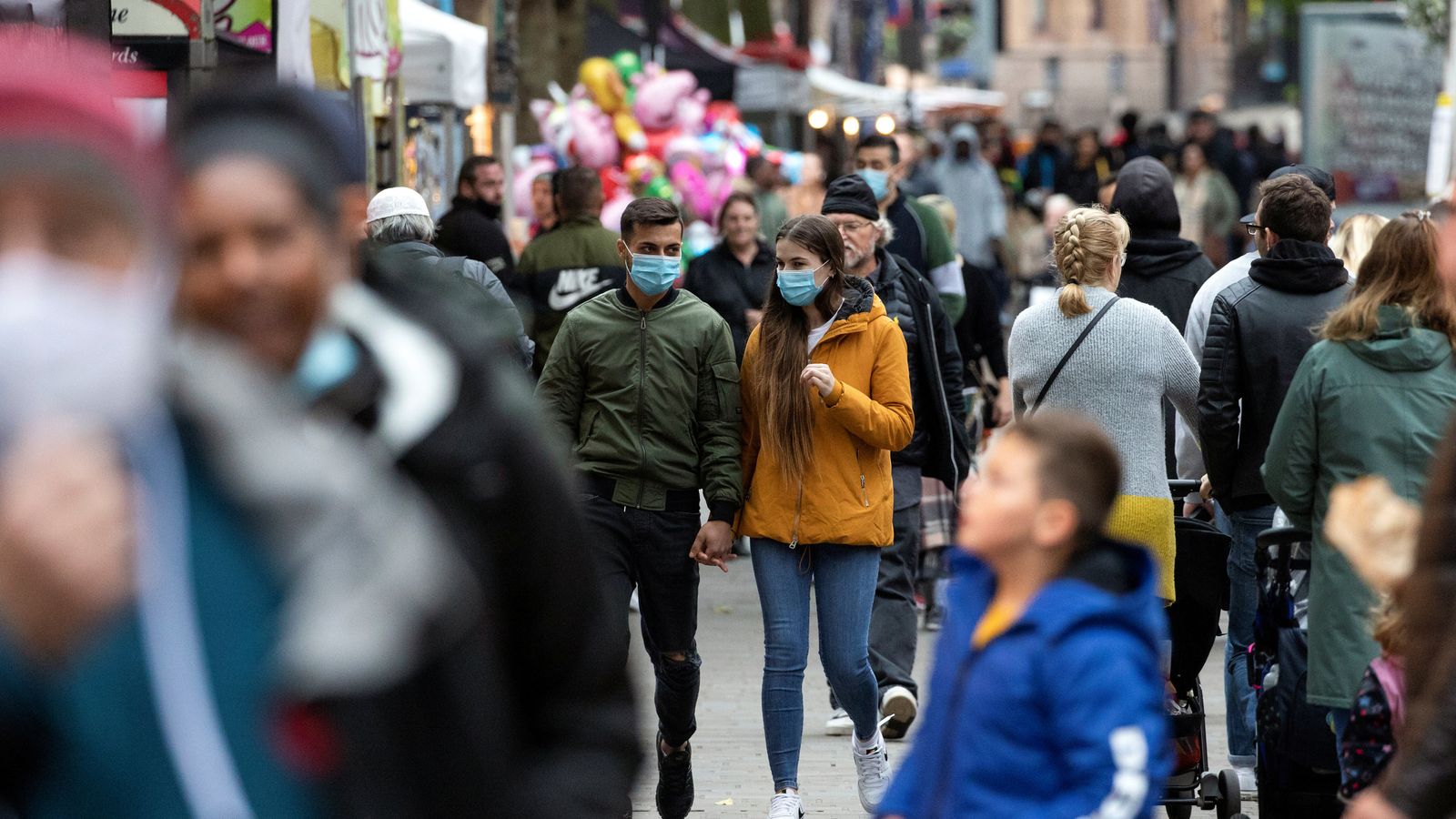