The wide-ranging order aims to lower prescription drug prices, ban or limit non-compete agreements that the White House says impede economic mobility and cracks down on Big Tech and internet service providers, among several other provisions.

“Today, I’m going to be signing shortly the executive order promoting competition to lower prices, to increase wages and to take another critical step toward an economy that works for everybody,” Biden said at the White House.

The President said: “The heart of American capitalism is a simple idea: Open and fair competition. That means that if your companies want to win your business, they have to go out and they have to up their game.”

The President said: “Without healthy competition, big players can change and charge whatever they want and treat you however they want. And for too many Americans that means accepting a bad deal for things you can’t go without. So, we know we’ve got a problem, a major problem. But we also have an incredible opportunity.”

The order seeks to juice competition in broadband by encouraging the Federal Communications Commission to reintroduce a so-called “nutrition label” for internet service providers that would give consumers more clear information about a provider’s services. It calls for the FCC to restrict early termination fees and to ban exclusivity deals that currently limit apartment buildings and other rental units to only one Internet provider.

It also calls on the FCC to restore the agency’s net neutrality rules for broadband companies that would prohibit them from selectively blocking, slowing or speeding up websites. Those rules, approved during the Obama administration, were pared back under the Trump FCC. Reinstating the rules would likely provoke yet another court fight on the matter.

The order also expands Biden’s assault on Big Tech companies such as Amazon and Facebook. It establishes an administration-wide policy to scrutinize mergers more heavily, including completed mergers. It zeroes-in on so-called “killer acquisitions” involving nascent competitors, the kind of deal critics say Facebook engaged in when it bought Instagram and WhatsApp.

It takes aim at a key Silicon Valley business model: The collection and use of large amounts of consumer data, and the incentive for tech companies with multiple lines of business to cross-promote their own services at the expense of competition.

“We have to get back to an economy that grows from the bottom up and the middle out,” Biden said. “The executive order I’m soon going to be signing commits the federal government to full and aggressive enforcement of our antitrust laws. No more tolerance for abusive actions by monopolies, no more bad mergers that lead to mass layoffs, higher prices, fewer options for workers and consumers alike.”

The ink was barely dry on the order when some progressive groups began raising the question of when the White House will fill a key antitrust position at the Department of Justice.

The assistant attorney general in the Antitrust Division is among the myriad positions yet to be filled. This office is charged with enforcing the sweeping executive order.

“Can any of this be effectively implemented without an AAG for antitrust?” a top Democratic official said, speaking on condition of anonymity to avoid directly criticizing the administration. “No, it’s not possible.”

A senior White House official, when asked about the criticism, said there was no time estimate for when a nominee would be announced for the post, which is now filled by an acting assistant attorney general.

This position, among many other vacancies across the government, is something for us to keep an eye on. It’s a bit of a reality check on the executive order — even among groups that are entirely supportive of it.

Biden’s order also calls on the Federal Trade Commission to create new rules on data collection and to bar unfair competition in online marketplaces. He also endorsed a principle known as “right-to-repair,” calling for FTC rules that ban technology manufacturers from suing independent repair shops or hindering consumers from trying to repair their own devices.

Biden will additionally call on federal regulators to create rules to cut down on non-compete agreements and ban unnecessary occupational licensing requirements, which the White House says impedes economic mobility. The President will also encourage the FTC and the Department of Justice to strengthen antitrust guidance to prevent employers from collaborating to suppress wages or reduce benefits by sharing wage and benefit information with one another.

“Workers should be free to take a better job if someone offers it. If your employer wants to keep you, he or she should have to make it worth your while to stay. That’s the kind of competition that leads to better wages and greater dignity of work,” Biden said.

Biden’s executive order also continues a Trump administration historic push to allow states to import prescription drugs from Canada, where government regulation keeps down the cost of medications. It directs the Food and Drug Administration to work with states to safely import drugs, which Biden had supported during his presidential campaign.

Many hurdles remain before this becomes a reality, however.

Several states, including Florida, have expressed interest in importing drugs as a way to lower costs. But Canada has opposed the idea, and experts question whether the country has enough of a supply to make a significant dent in US drug prices. Manufacturers have also filed a lawsuit to stop the effort.

The executive order also directs the Department of Health and Human Services to issue a plan within 45 days to combat high prescription drug prices and price gouging. Congressional Democrats have also been formulating efforts to reduce drug prices, which is one of Americans’ chief health care complaints.

The executive order includes 72 initiatives by more than a dozen federal agencies, according to the White House. One of those initiatives is directing the US Department of Health and Human Services to consider issuing proposed rules within 120 days for allowing hearing aids to be sold over the counter.

“After these rules go into effect, a pair of hearing aids could cost hundreds of dollars, not thousands. And you’ll be able to pick them up at your local drugstore,” Biden said.

It also cracks down on shipping costs for companies and prescription drug costs for Americans. It will direct the Department of Transportation to make rules forcing airlines to refund your money when the in-flight WiFi doesn’t work. It also directs the USDA to issue new rules that offer new protections for farmers, and new rules defining “Product of the USA” labels.

“Fair competition is what made America the wealthiest, most innovative nation in history. That’s why people come here to invent things and start new businesses,” Biden said.

The President said: “In the competition against China and other nations of the 21st Century, let’s show that American democracy and the American people can truly out-compete anyone, because I know that just given half a chance, the American people will never, ever, ever let their country down.” 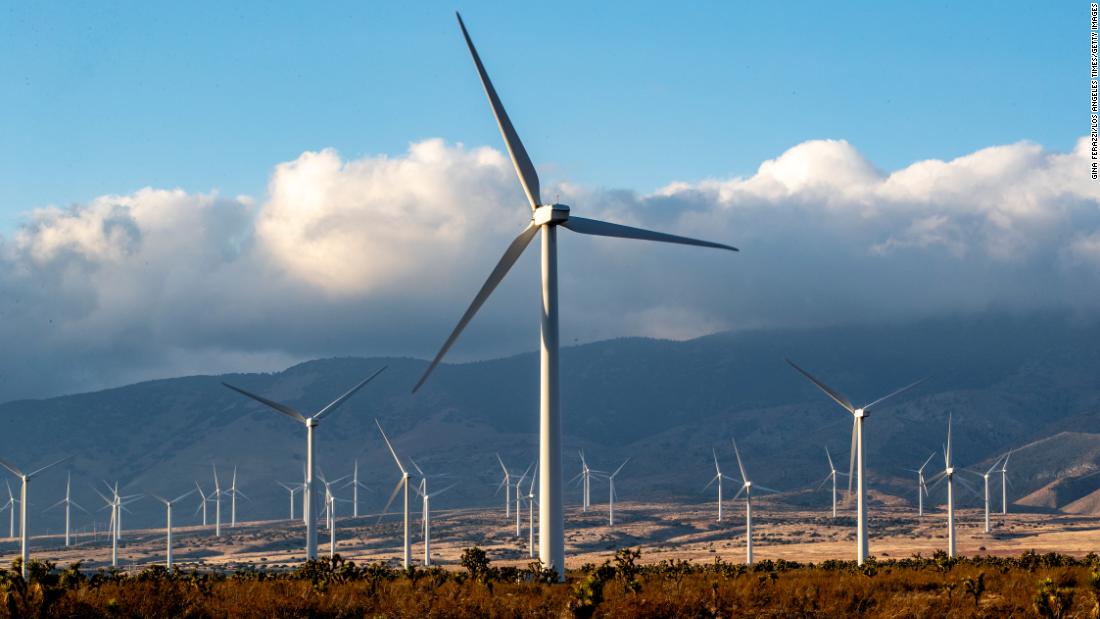 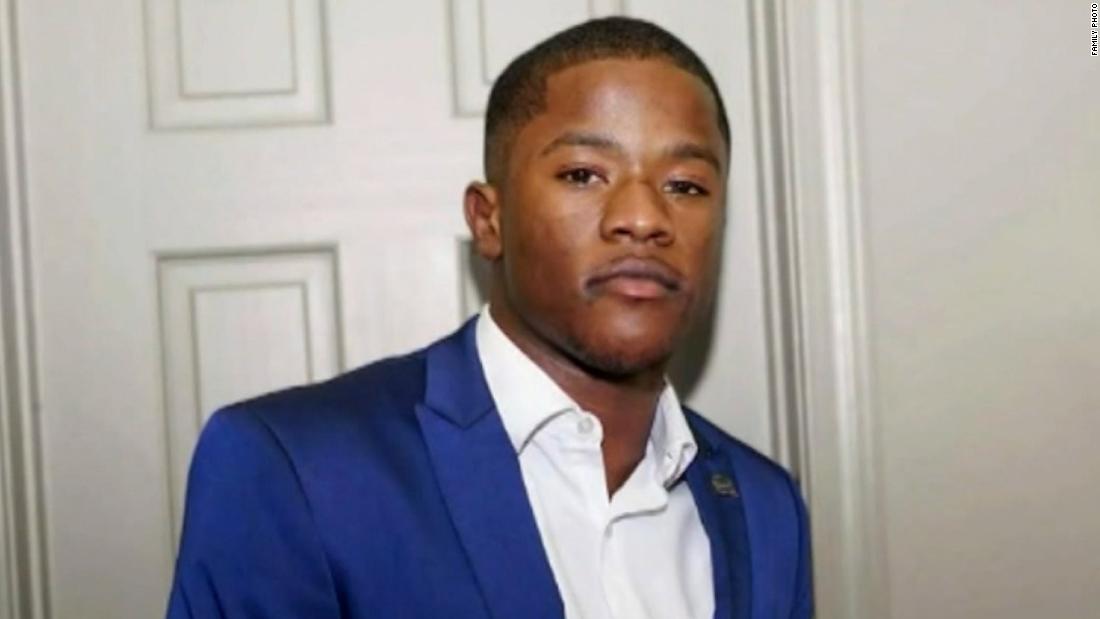 Jelani Day was buried Tuesday. His family is still looking for answers on what led to his death
15 seconds ago

Jelani Day was buried Tuesday. His family is still looking for answers on what led to his death Marvel’s ‘What If…?’ Season Finale: What We Learned and Where Season 2 May Be Headed
2 mins ago

Marvel’s ‘What If…?’ Season Finale: What We Learned and Where Season 2 May Be Headed