From Wisconsin to Arizona, as in much of the country, these final weeks of the campaign look to be about who actually votes, because voters say they’ve made their choices, and many have made it official. Mail ballot returns are pouring in, and almost all remaining voters say they’re locked into their decisions anyway.

The coronavirus outbreak continues to shape the election in these states. Wisconsin is now going through another rise in cases, and Arizona was hard-hit earlier this year. It’s particularly related to the views of those voting for Democratic nominee Joe Biden, who note it as a big reason they’re picking him over President Trump and believe he would handle the outbreak better. Biden is cutting into the president’s 2016 support levels with key groups like seniors, men and White, non-college voters, helping to push him to a 5-point lead in Wisconsin, and a 3-point lead in Arizona.

Another way the coronavirus outbreak is shaping this election is the manner in which people are voting. In Wisconsin, many voters are switching over to mail ballots, and those doing so cite coronavirus concerns as the main reason.

Biden leads with those who’ve voted already in these critical states, setting up what could be an Election Day make-or-break turnout moment for the president and his supporters.

Arizona and Wisconsin have older electorates who tend to vote Republican, and Mr. Trump is underperforming with them in Arizona relative to 2016 as Biden cuts into his margins. Mr. Trump’s lead among seniors there is half of what it was in 2016. (Margins are an important metric when looking at support in various groups: in some cases, whether a candidate “wins“ a group is less important than how much he or she wins or loses it by.)

One reason: Almost half of Arizona seniors say Mr. Trump’s response to the outbreak has put seniors and older voters at risk for coronavirus, and 95% of seniors who feel that way are backing Biden.

Seniors are roughly split in their support in Wisconsin, as they were four years ago.

After being hit hard by the virus over the summer, most Arizona voters now think efforts to contain the outbreak are going well, but the damage to the president’s political fortunes may have been done. More voters say his administration has hurt rather than helped their state’s efforts to contain the outbreak. This is the case in Wisconsin too, where they are experiencing thousands of new cases a day. Nine in 10 Biden voters say the coronavirus outbreak is a big factor in their decision to vote for him.

And Biden has an advantage over Mr. Trump with voters on how each of the candidates handle himself personally. This may not matter to most of the president’s supporters, as relatively few cite the way Mr. Trump handles himself personally as a big reason they are backing him.

In Wisconsin, a big part of Mr. Trump’s winning coalition last time was White voters without college degrees. He still leads with this group, but Biden has cut into that margin. Mr. Trump’s vote share with this group is down 10 points from 2016.

Mr. Trump has lost ground with White men in Wisconsin. They backed him by more than 20 points four year ago, but he has just a seven-point advantage now. White, non-college-educated men have gone from supporting the president by over 40 points in 2016 to just 15 points as of today. While Mr. Trump still leads among this group, the decrease in his margin is a major reason the state now leans Democratic.

But don’t think these contests are over — these aren’t exactly huge statewide margins separating the candidates. Lower-turnout scenarios would move Arizona back toward even and Wisconsin, too. Democrats may have the lead in early returned ballots in Wisconsin so far, but Mr. Trump’s voters still mostly plan to vote in person on Election Day.

For Trump voters, the virus is not as much of a factor in their support for him. It’s the economy that ranks as the biggest factor for them and the top reason they are not backing Biden. In Arizona, where evaluations of the state’s economy have grown more positive, the president has a three-point edge over Biden on who would better handle the economy. But in Wisconsin — where the economic outlook is more negative than positive — Biden has pulled within one point of Mr. Trump on handling this issue.

We have been asking voters if their rationale is mainly voting for their candidate or against the other one. Throughout the summer and fall, a large portion of Biden’s voters have been mainly against Mr. Trump, and that’s increasingly true in Arizona — up to 55% of Biden’s voters feel this way now, compared to 47% in September.

Women voters are helping Biden in Arizona. Biden has expanded on Hillary Clinton’s 2016 margin with women, and he is being boosted by White women with college degrees, as we’ve seen in other battleground states. White college-educated women went narrowly for Mr. Trump here in 2016 over Clinton, but they are backing Biden now. A large majority of these voters dislike the way Mr. Trump handles himself personally. White college-educated women backing Biden cite the way Mr. Trump handles himself personally as a big factor in their decision not to vote for the president.

Finally, we see a little bit of how the campaigns’ approaches are resonating, mostly to Biden’s advantage: Biden does better among voters looking for politics to be “calm” and “normal” for the next four years, while Mr. Trump does better among the (far fewer) who want things “exciting” and “shaken up.”

Both camps see the stakes of this election as very high. In yet another sign of how durable views may be, each side is worried about what happens to the country if the other party wins. Those most motivated to vote their candidates — and those firmest in their support — are the ones most likely to have these fears.

And with a record number of voters casting ballots by mail this year, it may take longer in some states to count votes. A majority of voters in each of these states do not expect to know the winner of the presidential election on election night. Voters across partisan lines share this view.

‘The Mandalorian’ Is Not the Future Of Star Wars Worth Watching: ‘Superstore’ Reopens, an Animated ‘Creepshow,’ Chicago Politics in ‘City So Real,’ ‘Deutschland 89’
3 mins ago 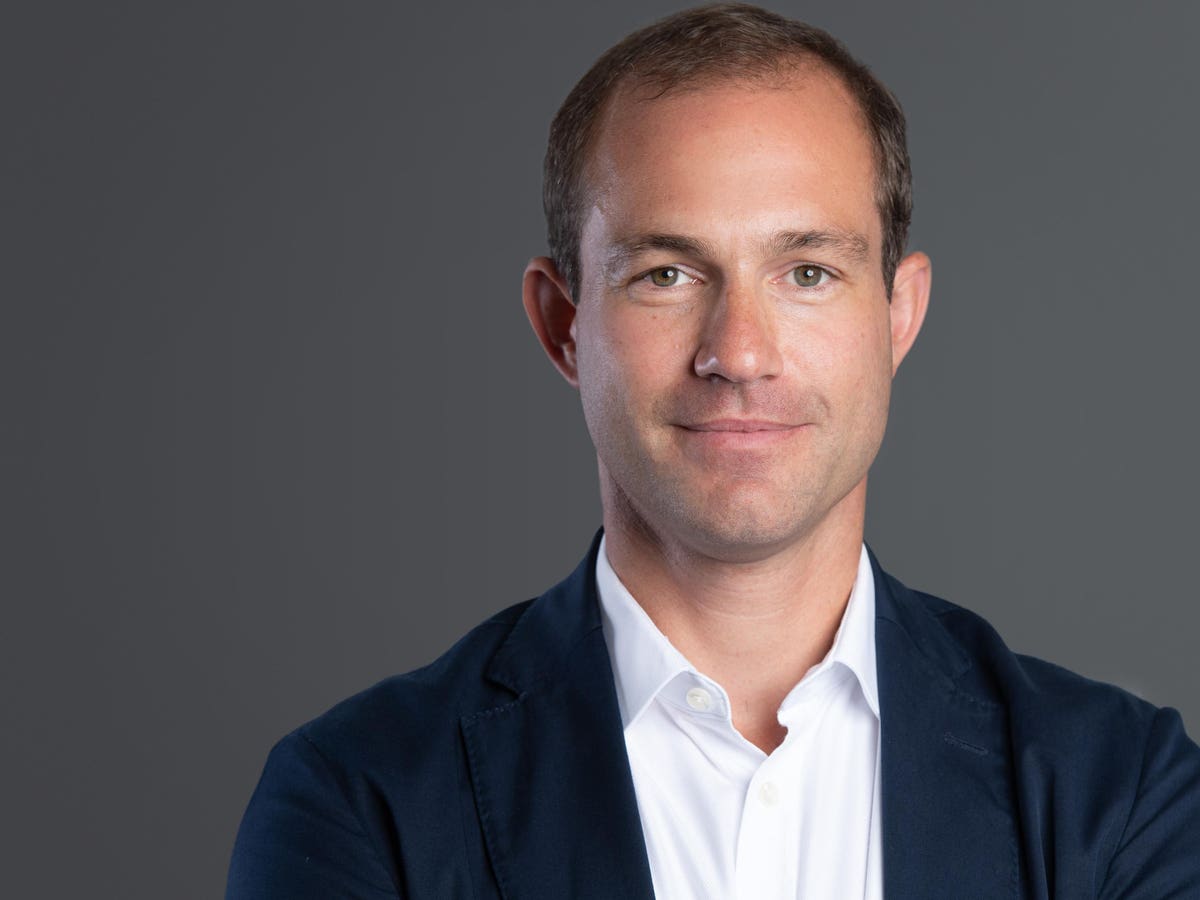 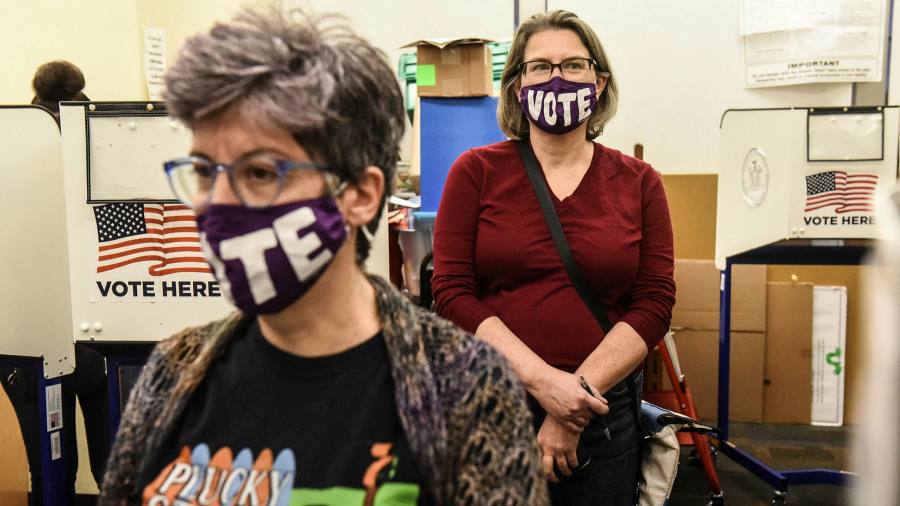 Americans are still internationalists at heart
8 mins ago

Americans are still internationalists at heart