WARM SPRINGS, Ga. — Joseph R. Biden Jr. reached for political history on Tuesday as he swept into a red-state town with deep Democratic resonance and made a direct pitch to voters who flocked to President Trump in 2016, urging them to give him a chance to “heal” the country after a year of crippling crises.

One week from Election Day, Mr. Biden chose to expend precious political time and capital on Georgia, a state that hasn’t voted for a Democratic presidential candidate since 1992, but where both public and private polling indicate he can win if he assembles a coalition of staunch Democrats, Black voters, white suburban women and enough white voters in rural areas like Warm Springs to put him over the top.

Delivering a speech intended to be part of his closing argument to voters in the homestretch, Mr. Biden traveled to the onetime retreat of Franklin D. Roosevelt, making a let-us-come-together appeal that evoked the sort of common purpose that sustained the country during the Great Depression and World War II and that Mr. Biden said was needed to overcome the coronavirus.

With language that at times sounded more like that of a president-elect than a candidate, Mr. Biden attempted to portray himself as a man of destiny. “God and history have called us to this moment and to this mission,” he said, citing Ecclesiastes. “The Bible tells us there’s a time to break down, and a time to build up. A time to heal. This is that time.”

While the Biden campaign is primarily focused on northern battleground states, where most polls show him ahead, Georgia carries tantalizing potential for the former vice president. This is the sort of Republican-leaning state that, if the president loses, would likely be the leading edge of a national rout.

Scorning Mr. Trump for his cavalier handling of the virus and lamenting the country’s economic hardships, racial inequities and toxic polarization, Mr. Biden said he would not accept that “the heart of this nation turned to stone.”

Mr. Biden’s address took place only a few miles from the “Little White House,” where Roosevelt stayed while undergoing polio treatment. The former vice president called the locale “a reminder that though broken, each of us can be healed. That as a people and a country, we can overcome this devastating virus. That we can heal a suffering world. And yes, we can restore our soul and save our country.”

His trip to a region filled with Trump signs and flags illustrated both the extraordinary political moment, a Democrat appealing for unity in the Republican countryside, and the calculation of a candidate on the offensive.

Mr. Biden did not unveil any new proposals, and his rhetoric never soared. But he argued that he understood that the country faced massive challenges that he said Mr. Trump was not fit to solve.

Some Republicans agree. Mr. Biden has received the support of a number of prominent Republicans in recent months who share his view that the stakes of the election transcend traditional partisan battle lines; on Tuesday, 20 Republican former federal prosecutors endorsed the Democrat.

While Mr. Biden sought to expand his electoral map in a state where there are also two Senate races on the ballot, Mr. Trump was spending the day shoring up support in states in the Midwest, with rallies in Michigan, Wisconsin and Nebraska. “We’re getting your husbands back to work,” Mr. Trump declared in Lansing, Mich., where he also criticized the state’s Democratic governor, Gretchen Whitmer, and her efforts to limit the spread of the virus.

Mr. Biden’s appearance represented the culmination of his 18-month campaign to make the election a referendum on Mr. Trump and, as the sign on his lectern here read, to cast the race as a “battle for the soul of the nation.”

The small, socially distanced audience sitting amid the rolling green hills was less audible than the faint soundtrack of chanting protesters, who hoisted Trump flags and played “Sweet Home Alabama” not far from the state line.

Mr. Biden even nodded at their presence, alluding to the noise “in the distance,” before segueing into a lament that “too many among us spend more time shouting than listening.”

Hours before his remarks in Warm Springs, his campaign rolled out a series of commercials, dubbed “closing message” ads, that reinforced the pitch he has pressed from the beginning.

“Character is on the ballot,” Mr. Biden says in one spot, repeating one of his most-used campaign lines. “The character of the country. And this is our opportunity to leave the dark, angry politics of the past four years behind us. To choose hope over fear. Unity over division.”

He brought the same message on a mild fall day in the South, where polls in states like Georgia, Texas and North Carolina are giving Democrats hope of breaking the Republican stronghold.

Inveighing against a norm-shattering incumbent, and in the shadow of a worsening pandemic, the former vice president promised to work with Republicans and represent those who did not support him, and beckoned “red states” and “blue states” to help revive the country.

Mr. Biden discussed the wheezing economy and the protests against racial injustice, but, as he has throughout the fall, he also lashed Mr. Trump’s handling of the virus. “He’s shrugged, he’s swaggered and he’s surrendered,” the former vice president said.

Mr. Biden’s presence in Warm Springs reflected more than just his affection for historic symbolism. His aides recognize that appealing to independents and disaffected Republicans is central to his goal of capturing this rapidly shifting state.

A pair of internal G.O.P. surveys of the state indicate that Mr. Biden has established a small advantage, according to Republican strategists familiar with the data, speaking on the condition of anonymity. That’s in large part because of his wide lead in the metropolitan counties around Atlanta that Hillary Clinton narrowly carried in 2016. After speaking against a backdrop of rural fall foliage on Tuesday, Mr. Biden was planning a drive-in rally in Atlanta.

But to win the state Mr. Biden would also need to win in increasingly diverse places like Cobb and Gwinnett Counties outside Atlanta, while narrowing his margins of defeat across the parts of Middle and South Georgia that feature more white voters.

That would mark a reversal from the formula of Bill Clinton, who was trounced in much of suburban Atlanta, then still a heavily white Republican stronghold, but carried 92 of the state’s counties, including many around Warm Springs.

“It’s a suburban rebellion on the pandemic and overall exhaustion with Trump,” said Keith Mason, a longtime Democratic strategist in Georgia, who came to see Mr. Biden’s speech.

In many ways Georgia is a microcosm of the coalition that Mr. Biden is seeking to build: a state with energized voters of color, in particular Black voters, as well as to white moderates disillusioned with Mr. Trump’s stewardship of the party they once called home.

“The Atlanta suburbs are a bellwether for the country,” said Brian Robinson, a Republican strategist in the state who is advising a congressional campaign in that area and hopes his party will prevail.

While he has cut back on his spending in other states, Mr. Trump has poured money into advertising in Georgia, recognizing that losing here would greatly damage his hopes to win re-election. He also recently stumped in Macon.

But sensing opportunity, Democrats are outspending Republicans on Georgia’s airwaves by a million dollars in the final week of the campaign, according to Advertising Analytics.

Without mentioning Mr. Trump by name on Tuesday, Mr. Biden likened the president to men of an earlier time, evoking the likes of Father Coughlin and George Wallace without citing them directly.

“Time and again throughout our history, we have seen charlatans, the con men, the phony populists, who have sought to play on our fears, appeal to our worst appetites, and pick at the oldest scabs we have for their own political gain,” he said.

Mr. Biden, a practicing Catholic who has sought to make gains with other members of the faith, invoked a recent encyclical from Pope Francis that, he said, “warns us against this phony populism that appeals to, quote, the ‘basest and most selfish’ instincts.”

“Pope Francis asked questions that anyone who seeks to lead this great nation should be able to answer,” Mr. Biden went on. “And my answer is this: I run to unite this nation. And to heal this nation. I’ve said that from the beginning. It’s badly necessary.”

He held up the example of Roosevelt and the relief he sought for his polio in the waters in Warm Springs as a model for America today.

“This place represented a way forward,” he said. “A way of restoration. Of resilience. Of healing.” 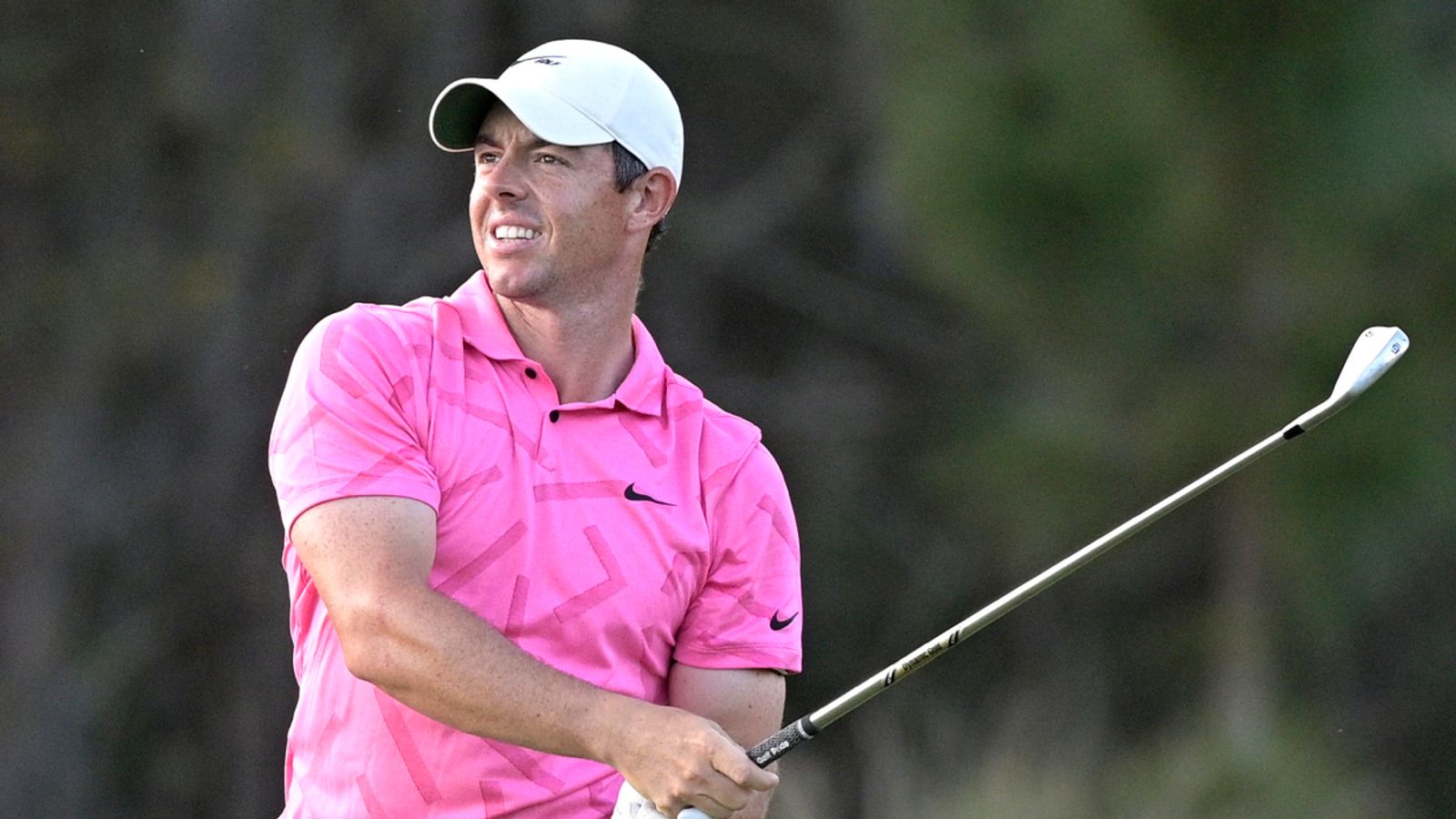 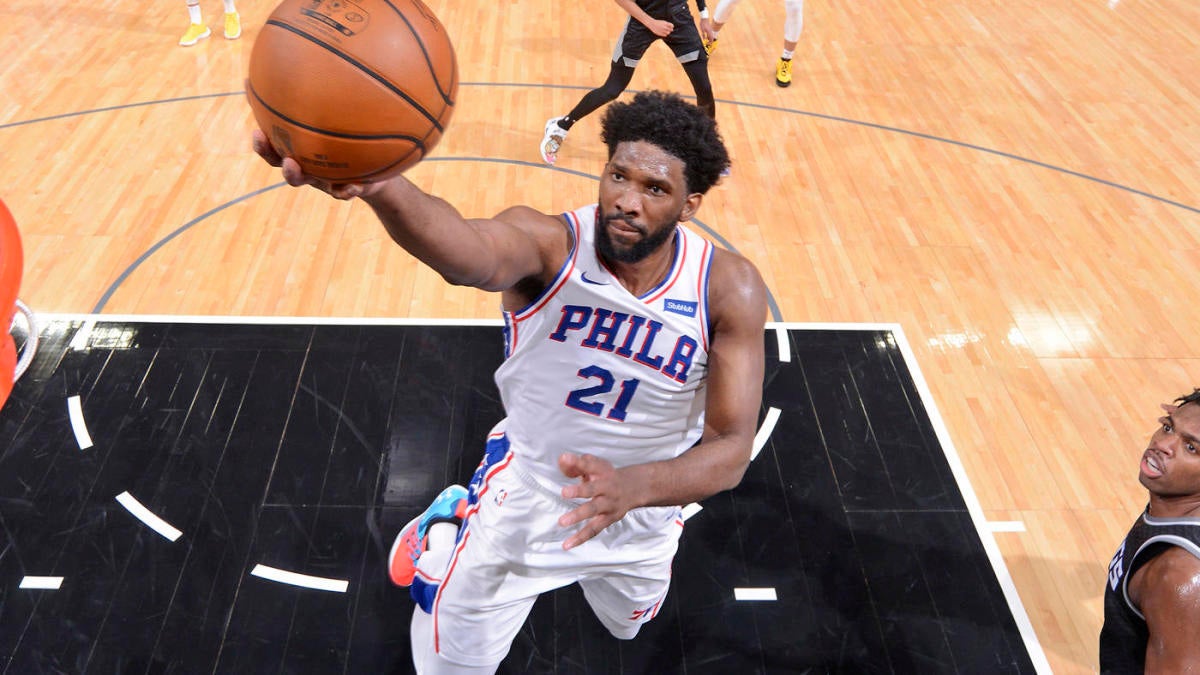 Palestinians Go Into New Lockdown While Awaiting Vaccines
8 mins ago 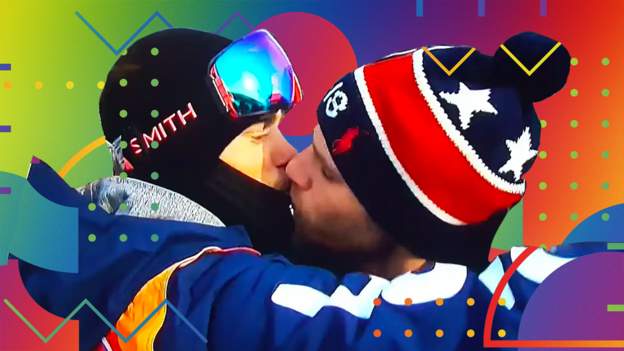 The kiss: A seminal moment, a total accident
9 mins ago

The kiss: A seminal moment, a total accident 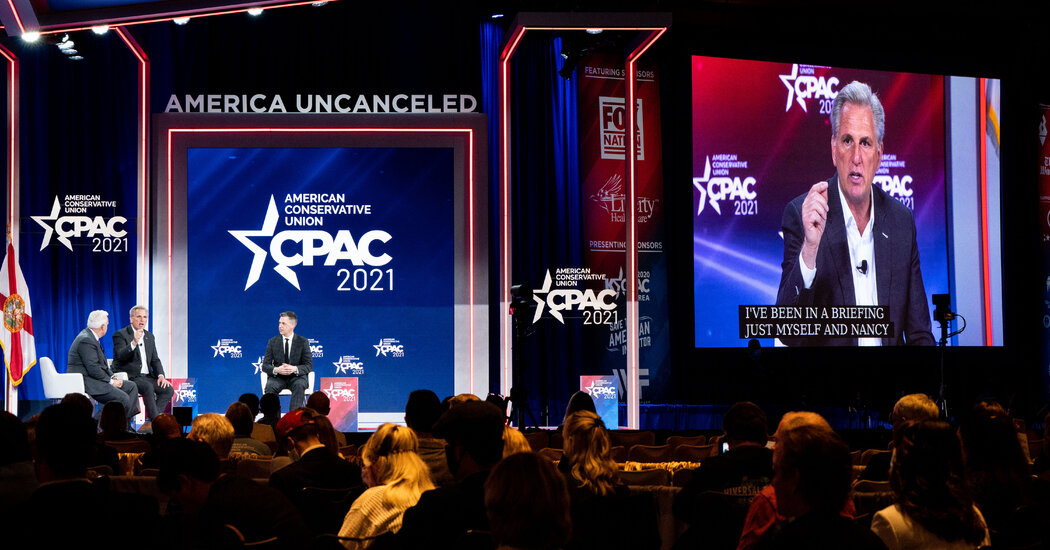 A Day Before He Speaks, Conservative Gathering Is Mostly About Trump
11 mins ago