On Tuesday, eight members of the Federal Service Impasses Panel (FSIP) resigned at the request of the Biden administration, according to Aloysius Hogan, a spokesperson for the Federal Labor Relations Authority, which oversees the FSIP. The other two members who refused to resign from the panel, which resolves disputes between government agencies and labor groups, were terminated by the 5:00 p.m. deadline that day.

The Biden administration has also removed people from Voice of America, where there was public outcry over what was perceived as Trump’s attempts to create a news network that would act as an extension of his administration.

Two appointees to the National Capital Planning Commission, which oversees development of federal property in the DC area, have also been dismissed.

“The National Capital Planning Commission was notified by the White House on February 3, 2021 that presidential appointees Chairman Paul Dans and Commissioner Gibson Worsham are no longer members of the Commission,” an NCPC spokesperson said in a statement.

Reflecting the more mundane sides of government bureaucracy, most of these boards are not household names, and these presidential appointees usually don’t make national news. But in an increasingly polarized Washington, the fates of several of Trump’s other last-minute appointments remain unclear as they undergo review and receive heightened scrutiny.

According to a White House official, as part of the review, the White House “may remove individuals whose continued membership on the board would not serve the public interest.”

It remains to be seen what legal recourse appointees may have if their tenures are cut short by the Biden administration, especially if they are working full-time and can attempt to claim labor protections afforded to government workers. While positions in federally funded organizations like Voice of America and the Middle East Broadcasting Networks are full-time and salaried, of eight other federal boards, councils or commissions CNN contacted for this article, only members of three — the Federal Service Impasses Panel, the Fulbright Foreign Scholarship Board and the National Capital Planning Commission — are compensated.

Though the Biden administration’s strategy appears in some cases to attempt to do away completely with advisory boards and panels in order to build them back from scratch, including those that require a security clearance, it may prove difficult for Biden to successfully undo Trump’s flurry of appointments to many of the prestigious boards and councils that are a permanent part of  the Washington, DC, social scene.

“We are not aware of any process for removal,” John F. Kennedy Center for the Performing Arts spokesperson Brendan Padgett told CNN of the center’s board of trustees, where Pam Bondi, the Florida lawyer who served on Trump’s first impeachment defense team, was recently appointed to serve through September 2026.

Other loyalist appointments include Hope Hicks, Trump’s longtime aide who was appointed to the 12-member J. William Fulbright Foreign Scholarship Board; Matt Schlapp, a Republican lobbyist whose appointment to the Library of Congress Trust Fund Board was announced in early December; and Nick Luna, Trump’s body man, who is now on the US Holocaust Memorial Council along with Rudy Giuliani’s son.

In many cases, these boards were predominantly or entirely filled with Trump’s allies, former advisers and supporters at the start of Biden’s presidency.

It’s not uncommon for an outgoing president to give loyal supporters seats on government boards and institutions. President Barack Obama, for example, announced dozens of these appointments in the last days of his presidency, including top advisers like Valerie Jarrett to the Kennedy Center’s board and Benjamin Rhodes to the Holocaust Memorial Council.

“It’s normal for these positions to get filled especially at the end of an administration. What’s not normal are appointees with so little connectivity or qualifications,” said Max Stier, president and CEO of the nonpartisan Partnership for Public Service.

Appointments to prestigious boards and commissions can be a glamorous part of Washington, DC’s social scene, and appointees are often responsible for making policy recommendations or advising government leaders on various topics, depending on the board.

Although these roles usually do not come with full-time salaries, appointees may enjoy the prestige associated with an appointment to a high-profile board or commission, as well as some exclusive perks. At the Kennedy Center, for example, board members are eligible for trustee boxes in select theaters on a first come, first serve basis, according to the center’s spokesperson Padgett. On other boards, members may also be eligible for reimbursements related to travel or government work.

Paul Light, a professor of public service at New York University who has researched the political appointment process, also noted that while it’s “very common” for presidents to announce appointments at the end of their terms, what sets these apart is that “Trump’s appointments have been about Trump — end of story.”

“Some are quite talented and have plenty of hopeful energy, but others are insults to the agencies and boards they are joining,” Light said, adding that in some cases, Trump’s appointees have been directly opposed to the mission of the board or agency they’ve joined.

According to a White House official, Trump’s FSIP appointees were opposed to Biden’s goal of strengthening the role of unions and giving workers greater protections in the workplace.

The day after Biden’s inauguration, Robert Reilly and Elizabeth Robbins received an email with a simple message — resign their posts as director and deputy director of Voice of America immediately or be terminated.

Under the impression their roles were protected, the two Trump hires decided not to go quietly and pushed back. Reilly was fired first by the acting chief executive officer, who then immediately named a new acting director, who terminated Robbins.

The emails stated that “incoming leadership has the authority to select staff in whom it has personal confidence to carry out its policy goals.” It went on to say that their termination “should not be construed in any way as a reflection” on them personally or on their performance.

Not only were Reilly and Roberts ousted, the controversial Trump-appointed head official Michael Pack  resigned  after a request from the Biden administration. Pack, a conservative documentary filmmaker who became CEO of the US Agency for Global Media in June, has been widely criticized for his stewardship of the international news services under USAGM, including the Voice of America.

Victoria Coates was also fired as president of Middle East Broadcasting Networks, which is government funded, despite her having signed a two-year contract with US Agency for Global Media, she told CNN. The Biden administration called her deputy, Rob Greenway, to tell him that he would be fired as well, according to Coates, who said she called human resources about Greenway’s firing. Twenty minutes later, Coates said she received an email to her personal account notifying her that she had been terminated effective immediately, and her emails had been cut off. Coates and her attorneys sent a letter to the USAGM general counsel expressing that they believe her contracts were violated and are prepared to litigate if they are not honored.

“This is a shocking repudiation of President Biden’s call for unity and reconciliation …and a clear violation of MBN’s grant and my employment contracts,” Coates said in a statement.

What’s next for appointees

In conversations with individuals across multiagency boards and commissions, some appointees told CNN they have been left in the dark about the status of their appointments and have not heard anything from the new Biden administration.

Schlapp said he was “honored” to be appointed to the Library of Congress Trust Fund Board and that all his necessary paperwork has been completed. According to Deputy Director of Communications for the Library of Congress Bill Ryan, Trust Fund Board members serve without pay and manage trusts or other gifts to the library, including by giving advice on how to invest them. “I know of no roadblocks or issues and I look forward to using my experience and contacts to further the mission of this great American institution,” Schlapp said in a statement.

Luna, similarly, has not heard anything about his role changing with Holocaust Memorial Council.

Individuals on several government boards contacted by CNN said recent appointments made under the Trump administration are expected to remain on the boards. One recent appointee to the Fulbright Foreign Scholarship Board, William Ruger, told CNN he intends to serve out his entire term.

“I was appointed back in early December and sworn into the Fulbright Foreign Scholarship Board two weeks ago.  I am looking forward to serving my full term on the board in order to support this very important program,” Ruger, who is vice president for research and policy at the Charles Koch Institute, said in a statement last Friday.

Andy Hollinger, communications director for the US Holocaust Memorial Museum, confirmed to CNN last Friday the Biden administration has not contacted him about potentially removing any members from the Holocaust Memorial Council. “To my knowledge this has never happened since the first Council was established in 1980,” Hollinger said, of members being removed.

Thomas Luebke, secretary of the Commission of Fine Arts (CFA) — which is tasked with advising the President, Congress and government agencies on “matters of design and aesthetics” in the nation’s capital, according to the commission’s website — echoed the rarity of such a removal if it were to occur. “To my knowledge, no CFA members have ever been replaced prior to the completion of their terms unless they have resigned,” Luebke told CNN.
Four new members were appointed to the arts commission in the final days of the Trump administration, replacing Obama-era members whose terms had expired and were eligible for replacement, according to Luebke.  The seven-member arts commission now consists entirely of Trump appointees.
Checkout latest world news below links :
World News || Latest News || U.S. News 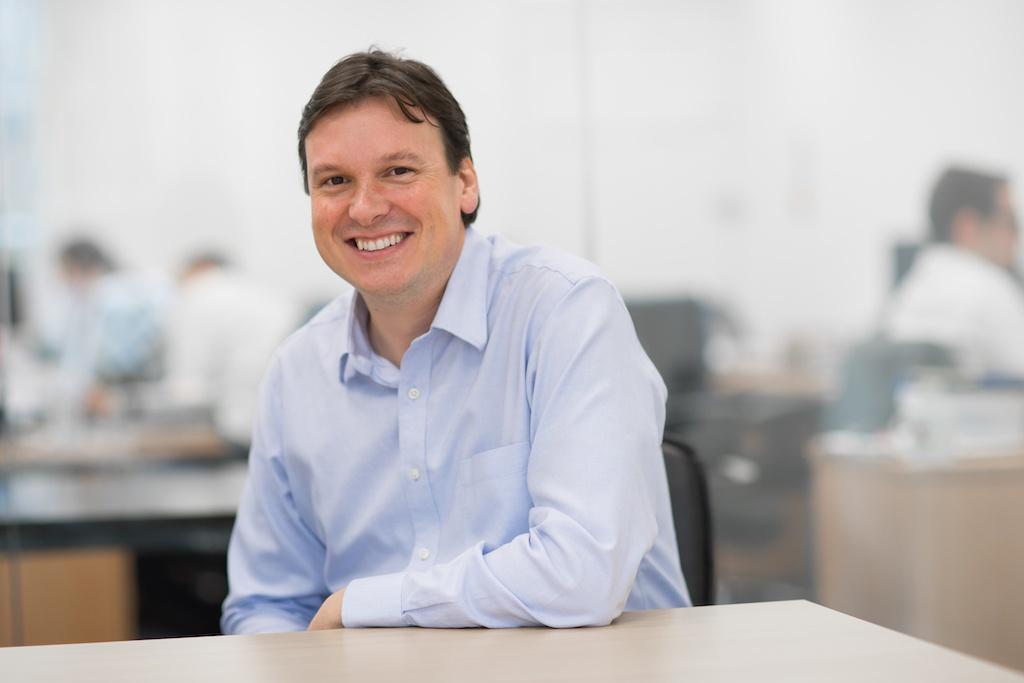