WASHINGTON — One firm helps companies navigate global risks and the political and procedural ins and outs of Washington. The other is an investment fund with a particular interest in military contractors.

But the consulting firm, WestExec Advisors, and the investment fund, Pine Island Capital Partners, call themselves strategic partners and have featured an overlapping roster of politically connected officials — including some of the most prominent names on President-elect Joseph R. Biden Jr.’s team and others under consideration for high-ranking posts.

Now the Biden team’s links to these entities are presenting the incoming administration with its first test of transparency and ethics.

The two firms are examples of how former officials leverage their expertise, connections and access on behalf of corporations and other interests, without in some cases disclosing details about their work, including the names of the clients or what they are paid.

And when those officials cycle back into government positions, as Democrats affiliated with WestExec and Pine Island are now, they bring with them questions about whether they might favor or give special access to the companies they had worked with in the private sector. Those questions do not go away, ethics experts say, just because the officials cut their ties to their firms and clients, as the Biden transition team says its nominees will do.

WestExec’s founders include Antony J. Blinken, Mr. Biden’s choice to be his secretary of state, and Michèle A. Flournoy, one of the leading candidates to be his defense secretary. Among others to come out of WestExec are Avril Haines, Mr. Biden’s pick to be director of national intelligence; Christina Killingsworth, who is helping the president-elect organize his White House budget office; Ely Ratner, who is helping organize the Biden transition at the Pentagon; and Jennifer Psaki, an adviser on Mr. Biden’s transition team.

WestExec did not respond when asked for a list of its clients. But according to people familiar with the arrangement, they include Shield AI, a San Diego-based company that makes surveillance drones and signed a contract worth as much as $7.2 million with the Air Force this year to deliver artificial intelligence tools to help drones operate in combat missions.

At the same time, Mr. Blinken and Ms. Flournoy have served as advisers to Pine Island Capital, which this month raised $218 million for a new fund to finance investments in military and aerospace companies, among other targets.

Pine Island Capital has been on something of a buying spree this year, purchasing the weapons system parts manufacturer Precinmac and a company until recently known as Meggitt Training Systems and now known as InVeris, which sells computer-simulated weapons training systems to the Pentagon and law enforcement agencies.

Another person listed as a member of the Pine Island team is Lloyd J. Austin III, a retired Army general who is also under consideration for defense secretary, according to a person familiar with the selection process.

Also working with Pine Island are Richard A. Gephardt, the former House majority leader, Tom Daschle, the former Senate majority leader, both Democrats, as well as Don Nickles, a Republican, who was chairman of the Senate Budget Committee and is now the chief executive of a lobbying firm with dozens of major corporate clients.

She is a member of the board at Booz Allen Hamilton, a global firm that has billions of dollars in federal contracts including a deal signed in 2018 to provide cybersecurity services to six federal agencies. That company paid her about $440,000 in the last two years, much of it stock awards.

Republicans have already signaled that they intend to bore in on WestExec in confirmation hearings for Mr. Blinken, and other nominees with links to it.

And Mr. Biden’s team has faced pressure from the left and government watchdogs to outline steps to minimize the sort of corporate influence and conflicts of interest that marked President Trump’s tenure from the start.

These groups worry not only that Mr. Biden’s aides could shape government policies in ways that could benefit companies that paid their firms, but also that the firms could become magnets for access seekers in the Biden administration.

At a minimum, these critics say, Mr. Biden must demand that his team fully disclose all financial relationships and clients, divest any ownership stakes and make sure that his aides recuse themselves from any decisions that could benefit their previous business interests.

“We want to make sure that they are not beholden to anyone else and that any decisions they make would be beyond reproach,” said Mandy Smithberger, a director at the Project on Government Oversight, a nonprofit group that investigates spending and conflicts of interests at federal agencies.

A spokesman for Mr. Biden said in a statement that, if confirmed, Mr. Blinken and any other appointees who were partners in WestExec and Pine Island would leave the firms if they had not already done so, sell their ownership stakes and make “proper” client disclosures.

“Joe Biden has pledged the most ethically rigorous administration in American history, and every cabinet member will abide by strict ethics rules and abide by all disclosure requirements,” the spokesman, Andrew Bates, said. Mr. Blinken already took a leave from Pine Island and WestExec as of August, when he joined the Biden campaign full time.

But Mr. Biden’s transition office stopped short of saying that all clients would be disclosed — and ethics rules allow incoming federal officials to withhold the identities of clients if the arrangements are subject to confidentiality agreements.

WestExec cited such agreements in a statement explaining why it would not reveal some of its clients to The New York Times.

“As a general matter, many of our clients require us to sign nondisclosure agreements, which are a standard business practice to protect confidential information,” WestExec said in a written statement, when asked for a list of its clients that do business with the Pentagon or State Department. “We are legally and ethically bound by those agreements.”

Mr. Biden’s transition office said Mr. Blinken was “obtaining permission” from clients to disclose their identities but stopped short of saying that all clients would be disclosed.

WestExec was created in 2017 to offer what its website calls “unique geopolitical and policy expertise” to companies seeking to navigate “external factors and relationships that affect businesses” in Washington and around the world.

The company said that “it does not lobby, does not act as an agent of foreign principals and does not work for any governments or state-owned enterprises.”

Its co-founders — Mr. Blinken, Ms. Flournoy, Sergio Aguirre and Nitin K. Chadda — had worked in foreign policy and national security posts under President Barack Obama. The firm has prominently highlighted those connections, featuring a large photo on its home page of Mr. Blinken in the White House Situation Room with Mr. Obama.

And the former Obama adviser Lisa Monaco, who had been listed as a principal by WestExec, is believed to be under consideration for a post in the Biden administration.

Mr. Biden’s team has played down some of its advisers’ ties to WestExec. While the firm had listed both Ms. Haines and Ms. Psaki as WestExec principals, a transition official said they had spent a relatively limited amount of time working with the firm, with Ms. Haines serving as a consultant and Ms. Psaki as an outside contractor.

WestExec’s business plan accommodates the revolving door between the influence industry and government by offering services that draw on government expertise without triggering lobbying laws that would require its officials to disclose their clients’ identities or specific issues before the government.

Registering as lobbyists also would have restricted the ability of WestExec officials to work for the Biden transition, which enacted rules barring participants who had lobbied in the last year from serving on the transition, unless they receive waivers.

The Biden administration is expected to introduce restrictions on former lobbyists, and if it follows the example set by the Obama administration, it will also bar appointees from lobbying their former agency for two years after leaving the government.

The Obama lobbying restrictions had the side effect of spurring a rise in what critics have called “shadow lobbying,” in which firms advised clients on how to do business in Washington, including navigating the bureaucracy and pointing them to officials who oversee potentially lucrative contracts. While the consultants may not formally lobby to secure the deal, their connections and knowledge make them valuable.

Mr. Bates said Mr. Blinken did not advise clients on how to obtain federal contracts and that the bulk of his work was on geopolitical risk assessment.

But WestExec’s website provides case studies of how it has helped clients, without identifying them by name. In one, the firm indicates it helped a multibillion-dollar American technology company and an American pharmaceutical company expand sales in East Asia by “safeguarding against trade tensions between the U.S. and China.”

In two other cases, WestExec indicates it helped companies promote services related to artificial intelligence — an increasing priority for national security and intelligence agencies in the United States and around the world.

Mr. Biden has indicated his administration intends to spend heavily on artificial intelligence research, echoing a recommendation in a report issued last year by a think tank created by Ms. Flournoy.

Another WestExec client, Shield AI, was founded in 2015 by a former member of the Navy SEALs to employ artificial intelligence to protect service members and civilians. It won a $1 million contract from the Defense Department in 2016 before securing its Air Force contract this year worth up to $7.2 million.

A Shield AI official said WestExec did not play a role in securing any government contracts awarded to the company.

Wired magazine reported last month that Ms. Flournoy helped Shield AI develop guidelines for artificial intelligence use that incorporate human judgment, quoting her as saying that “the Department of Defense doesn’t want to remove the human; it wants to make the human better.”

WestExec also has represented Windward, an Israeli artificial-intelligence company, according to The American Prospect. Windward representatives did not respond to requests for comment.

The stock sale in November — which raised, at least so far, a total of $218 million — is being used to set up what is called a “blank check company” that is sitting ready to buy a new target, likely in the military or aerospace sector, the company filings say.

Mr. Blinken had left Pine Island before it completed raising the money for the new fund, according to a Pine Island spokesman. Ms. Flournoy “remains a member of the firm,” the spokesman said in a statement on Friday.

Pine Island said that it has no contractual relationship with WestExec but that WestExec provides it with “analysis, insight and expertise.”

If anything, the attention to WestExec’s ties to the incoming administration has increased interest in the firm’s services in Washington’s influence industry, according to lobbyists. They say WestExec has already come to be seen as a go-to firm for insight on how Mr. Biden’s team will approach issues of significance to deep-pocketed corporate interests.

WestExec’s name comes from the small street that runs between the West Wing of the White House and the Eisenhower Executive Office Building, where other top White House officials work. The firm’s name, it points out, “is, quite literally, the road to the Situation Room.” 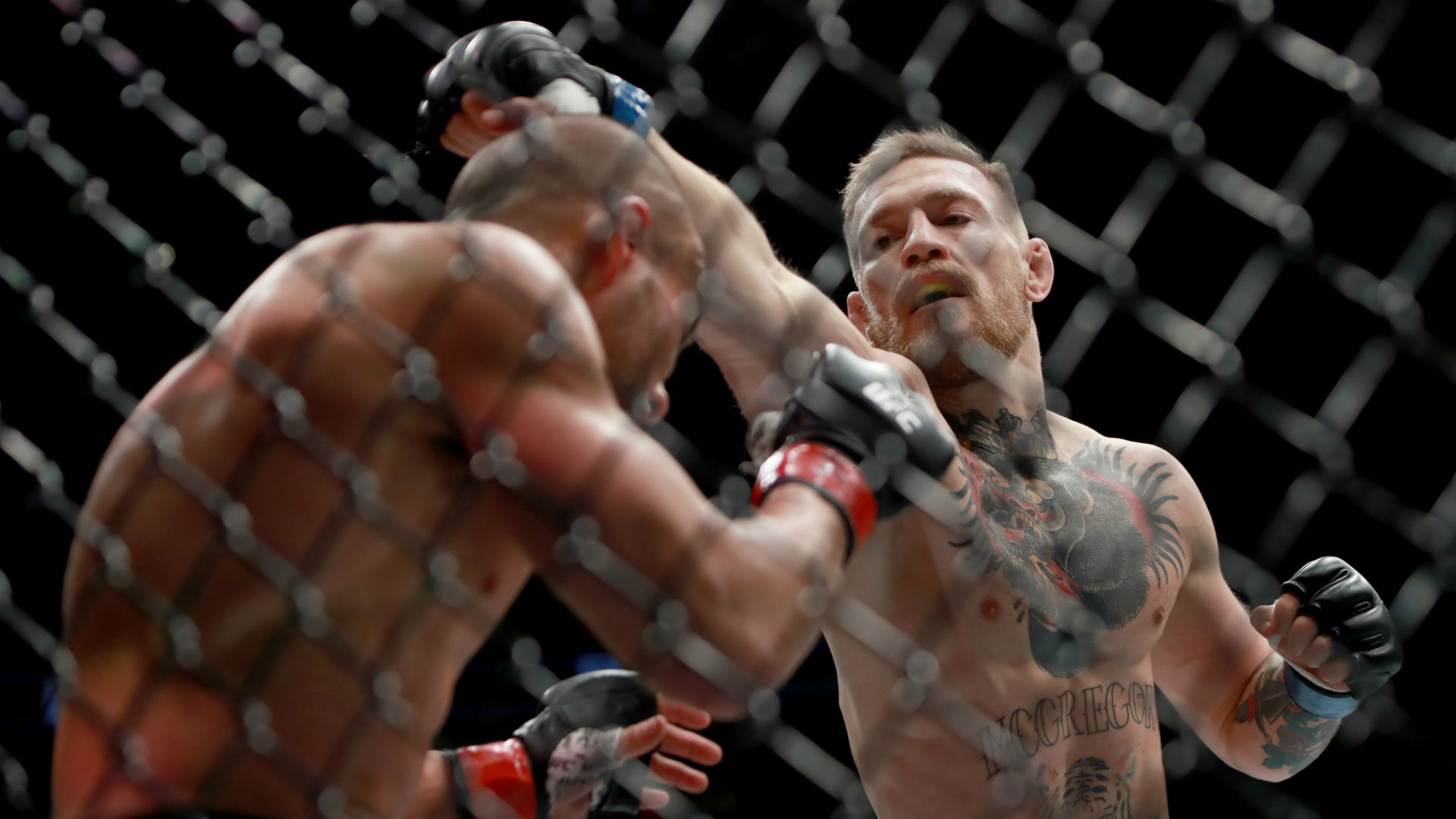 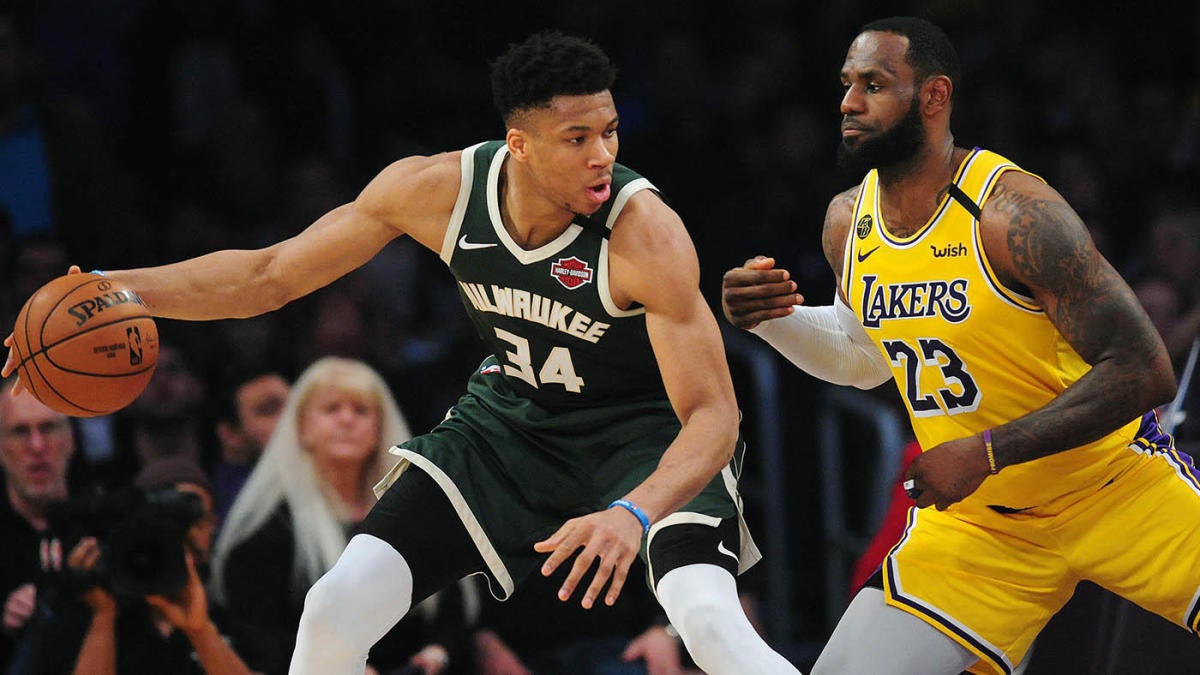 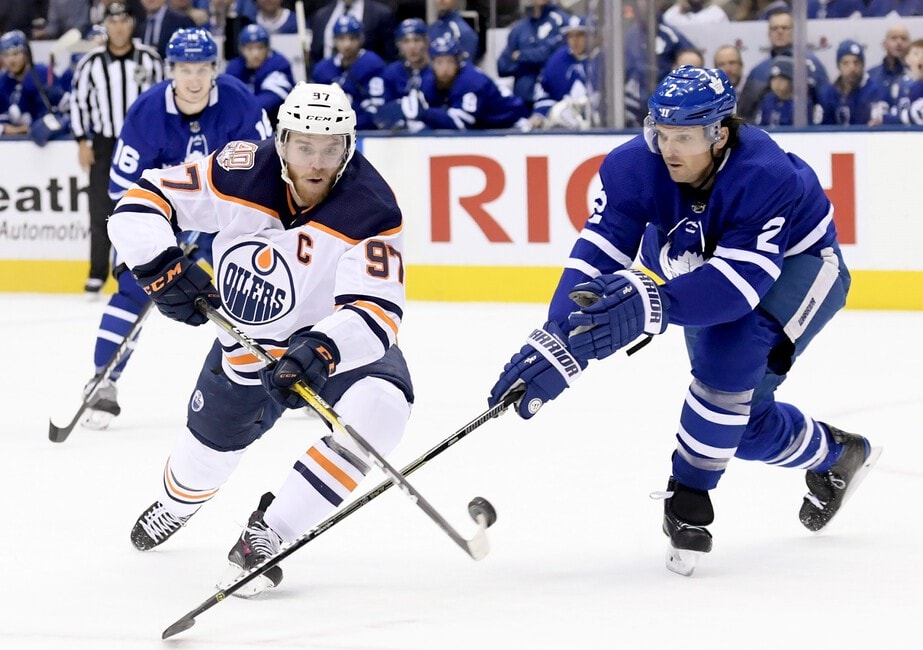 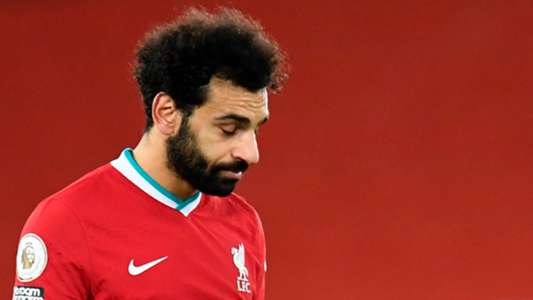 ‘The title is slipping away’ – Liverpool ‘will start worrying about top four’ after Burnley humbling, says Carragher | Goal.com
4 mins ago

‘The title is slipping away’ – Liverpool ‘will start worrying about top four’ after Burnley humbling, says Carragher | Goal.com 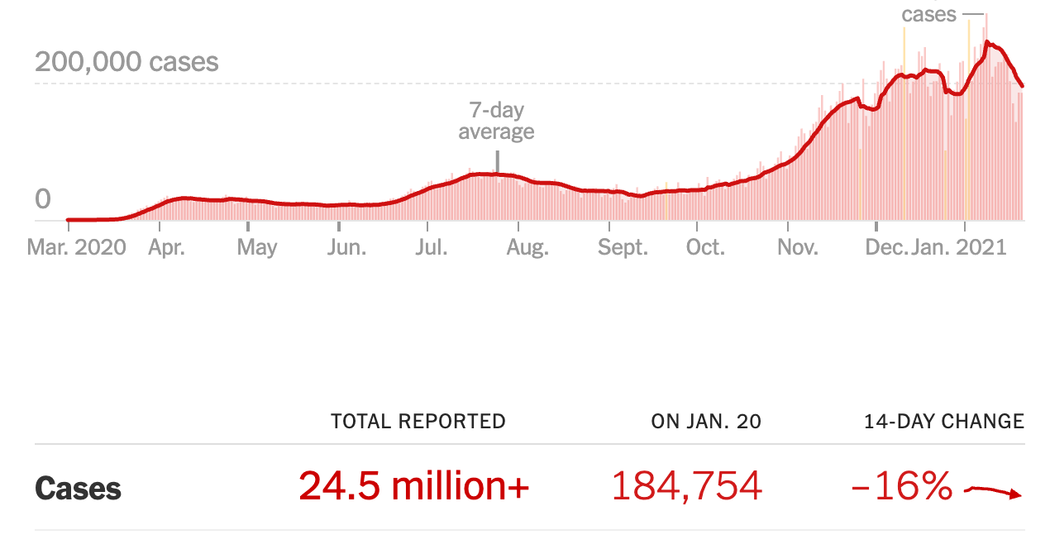