Last August, human rights activist Zarlasht Haidary was among the lucky few vulnerable Afghans who were airlifted out of the country before the last U.S. troops departed.

Her activism made her a target for the Taliban, so she chose to leave despite the knowledge that she could live in limbo for months, years — possibly a lifetime.

She had been displaced before, after fleeing Afghanistan when the Taliban took power in 1996 when she was just 6 years old.

“As a kid, I barely grasped what we went through … but what I grew up to realize is that that country had never been our home, and we were never welcomed there as Afghan immigrants,” she said in an interview from Boston, where she is currently living. “Now everything is happening all over again, only I feel the gravity of it this time.”

More than 76,000 Afghans have arrived in the U.S. in this wave of evacuations, while thousands more are waiting in bases and refugee facilities in Qatar and the United Arab Emirates with the expectation that they will be relocated to the U.S. in the coming months.

But many of those Afghans don’t know what happens next, because they are arriving under what is known as humanitarian parole status. Like Zarlasht, they will only be authorized to live and work in the U.S. for two years and receive resettlement benefits for a few months. Humanitarian parole allows temporary lawful presence in the United States but does not create a path to lawful permanent residence.

“I am not sure what comes next, and I cannot think of any long-term plan now,” she told HuffPost.

According to a recent Department of Homeland Security report, 36,821 Afghan evacuees living in the U.S. have no clear route to permanent legal status. They do not qualify for the Special Immigrant Visa, or SIV, program for Afghans and Iraqis who worked for or on behalf of the U.S. government. Even for those eligible for Special Immigrant Visas, it could take years to get a green card due to a backlog of applications.

Afghans and civil society groups are calling for an urgent fix, asking lawmakers to introduce and pass legislation creating a pathway for Afghans here on humanitarian parole to gain lawful permanent residence status — essentially, a green card. No such bill yet exists in Congress, though groups have floated the idea of an Afghan Adjustment Act.

“Every day our staff receives calls from Afghan parolees anxious about their prospects of remaining on safety of American soil,” said Krish O’Mara Vignarajah, president of Lutheran Immigration and Refugee Services, at a press conference on Capitol Hill this week. “They worry about how they could possibly find and afford a lawyer to navigate a deeply complex asylum system, and they are justifiably terrified at the possibility of being returned to the same peril they narrowly escaped just six months ago.”

Vignarajah said this legal limbo is creating an “unwarranted source of stress and sleepless nights for our new Afghan neighbors” and making resettlement and integration more difficult.

“Humanitarian parole was only the best option for the Biden administration to get a large number of people out very quickly,” said Bilal Askary, an Afghan American advocate who works with Welcome with Dignity, a campaign that advocates for refugees’ rights. “It does not guarantee the fate of recently arrived Afghans in America.”

While Congress has authorized $13.3 billion to resettle Afghans, advocates are hoping Congress will take action to make it possible for evacuees to get green cards.

Two congressional aides told HuffPost the idea is gaining traction on Capitol Hill. But one noted that Democratic leadership in the House and Senate will make a final call on whether to push for it and may be wary of doing so ahead of this year’s midterm elections.

“Now Republicans are starting to more openly freak out about bringing refugees into the country,” the aide said.

The proposed act would give Afghans an additional opportunity to stay in the U.S. beyond the current SIV, asylum and priority refugee processes, said Chris Purdy, director of Veterans for American Ideals and Outreach at Human Rights First. “Those pathways take a long time. An Afghan Adjustment Act would allow every Afghan that is here to become a legal permanent resident after a year by skipping those pathways,” he added.

U.S. Citizenship and Immigration Services has a backlog of 412,000 pending applications for asylum, according to a 2021 report. Purdy estimated that around 40,000 SIV applications are pending, which is “more than double the 18,000 a year ago.”

Some advocacy groups are also promoting the idea of offering Temporary Protected Status, or TPS, to recently arrived Afghans, another designation the government can give on a country-by-country basis if conditions in a particular nation temporarily make it unsafe or impossible to return there. Purdy said that would be helpful, but it is not permanent.

In at least three similar instances, Congress has created pathways for people fleeing war or unrest to stay in the U.S.: for Cubans in 1966, Southeast Asians in the 1970s and Iraqis after the U.S. invasion in 2003.

Discussions among lawmakers are “at a member-to-member level,” Purdy said. “We have had hundreds of meetings with officials on both sides of the aisle. Republicans clearly want to get this done; there are questions that they have to have answered.”

Supporters of the idea say it would prevent further chaos and benefit countless desperate people.

“If we fail them again, they’re going to be homeless on our streets this time.” Matt Zeller, a U.S. Army veteran, author and senior adviser to Iraq and Afghanistan Veterans of America, said at the press conference.

Purdy noted that by granting special status to Afghans already in the U.S., Congress could free up resources to evacuate others in Afghanistan who are still at risk: “For every case that we do not do here in the United States on SIV, we could use that case on someone in Afghanistan and get them out.”

The view of the Biden administration — which is currently facing flak for its approach to Afghanistan’s ongoing crisis — remains unclear.

“We’ve had very encouraging conversations with the White House on this,” Purdy said. “They want to see Afghans put on a pathway so they’re not languishing in a temporary status or in a backlog for years. But they have got to do something big and positive, and so this would be a great opportunity for them to come out and support this in a robust way rather than just private conversations.”

The White House did not respond to requests for comment for this story. 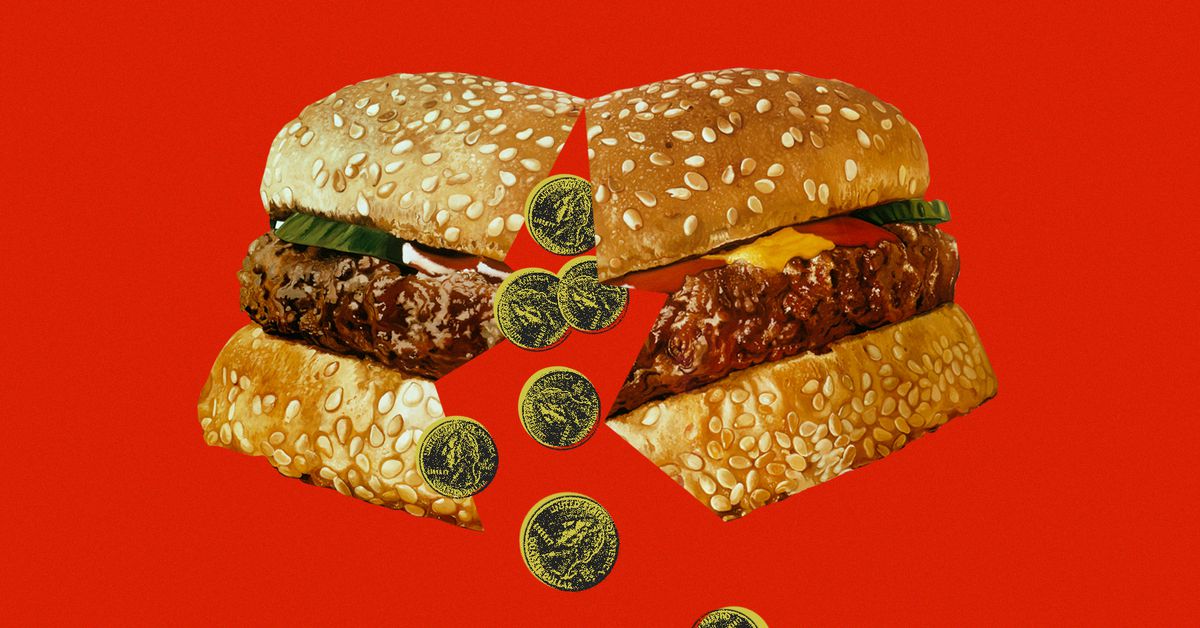 California could transform how fast food workers are treated 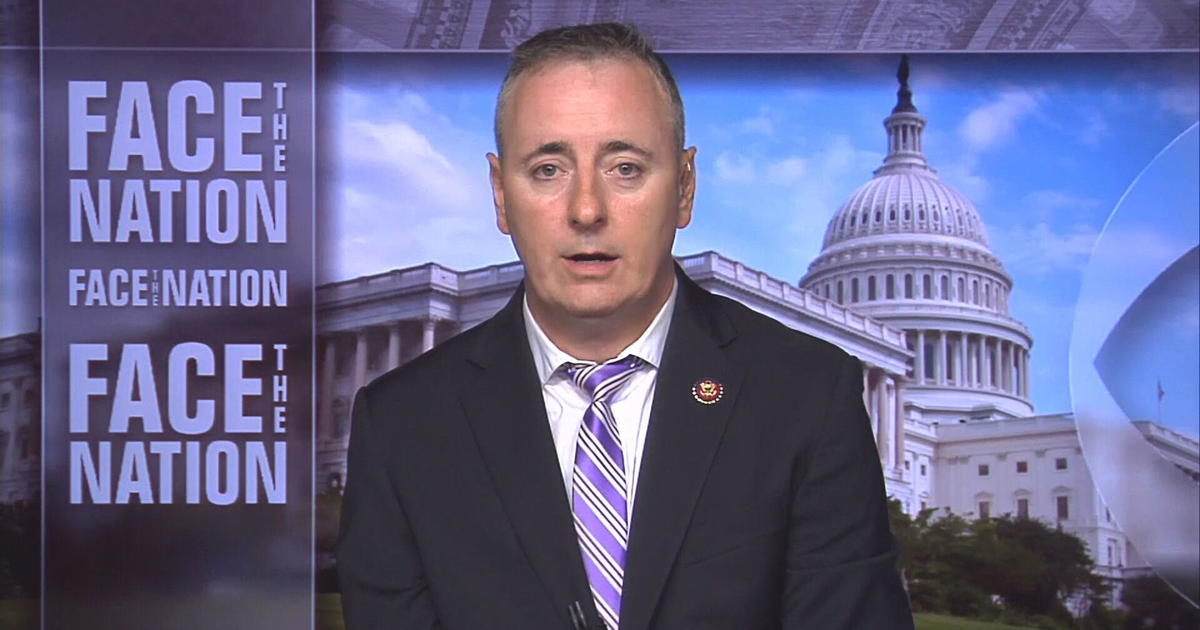