Listen to the full extended interview with Dr. Deborah Birx below:

Find a transcript of Birx’s interview with Margaret Brennan here.

MARGARET BRENNAN: For his thoughts on our interviews with both Dr. Fauci and Birx, we want to go to former FDA commissioner Dr. Scott Gottlieb. He sits on the board of Pfizer and Illumina, which is a company that is working on sequencing the virus variants. He joins us from Westport, Connecticut. Good morning.

MARGARET BRENNAN: I want to ask you about Dr. Fauci. He said on our air that, in fact, the strain that was first detected in the U.K. B117 is in fact, it looks like, more deadly. This is after up to this point, we’d been advised it was not. It was just more contagious. What do we know about this and does an about-face surprise you?

DR. GOTTLIEB: Well, it’s not that surprising. There’s- there’s a study that came out this week that suggests that it is more deadly. It is more pathogenic. It’s causing people to become more ill. It was never fully satisfying that the strain could be more contagious, but wouldn’t be more pathogenic, wouldn’t get people more sick, because the theories that were being put forward and why it might be more contagious would also seem to suggest that it could also be more serious of an infection. Some people were suggesting that you had higher viral loads in your upper airways. Well, that doesn’t sound very good if you have higher viral titers. Some people were suggesting that it bound more tightly to the ACE2 receptor, which is the receptor in your lungs that this virus binds to to gain entry. So if it binds more tightly to that receptor, you could postulate reasons why it could be more infective, more virulent and potentially more dangerous. Some people suggested that the period of time in which you were shedding the virus was longer. So people might not be sick, but might be out and about shedding the virus. But that would also suggest that you might have higher viral titers, which we know from clinical medicine, could potentially make you more sick. So the theories that we were using in terms of explaining why the virus would be more contagious also could suggest that the virus would be more serious, which in fact, is what the evidence is pointing to right now.

MARGARET BRENNAN: We also asked Dr. Fauci about the strain that was first detected in South Africa, B1351. He admitted he can’t say definitively whether it’s here or not, but does not believe based on current data that it is. You believe it is here?

DR. GOTTLIEB: Right. There’s two strains. There’s the South African strain and there’s a strain in Brazil, which is a different strain, but it shares some features to that South African strain in terms of the part of the virus that became mutated and how our vaccines may in- intersect with it, how they may work against that new variant. I think we have to assume it’s here. And I feel fairly confident that it is here and we’re just not detecting it yet. We’ve just started to look for it in the last couple of weeks. We’re not sequencing a lot of strains right now in the United States. Maybe we’re sequencing a couple of thousand a week right now. That would be on the high end. So if you think that’s equally dispersed across the country, so we’re sequencing 40 or 50 strains in every state on a weekly basis. And this virus probably is in localized hotspots. It’s not evenly distributed across the population. There might be certain cities where there’s hotspots of this virus, where it might be 5% of all infections. If we’re just sequencing one or two people within each of those cities, it’s unlikely that we’ll pick that up. We need a much broader effort. So I think based on the data we have, we can’t confidently- confidently conclude it’s not here. And just given how widespread it is in Brazil right now and how widespread it is in South Africa, and given all the connections we have to those nations, we have to assume it’s in the United States right now.

MARGARET BRENNAN: Eighty-five percent of households with kids in this country are doing distance learning in some form, according to the Census Bureau. With these new mutants, can you still open schools and spring?

DR. GOTTLIEB: I think we can, you know, it- it remains to be seen what happens here. I think the likely scenario is that most cities, assuming that B1351 isn’t here in really appreciable numbers. It’s 0.1-0.2% of infections in some cities. And we know B117 in most cities is maybe 0.2% of infections. It’s- it’s localized in a greater degree in San Diego and Florida right now. But if it’s really only 0.1-0.2% of infections, even if it’s doubling every week, which is the trajectory that it has followed in other nations, it might be too little, too late in most parts of this country, meaning that as the weather warms, as we get more people vaccinated, as more people develop immunity from prior infection, from the wild type strains, the strains that are circulating right now,–

DR. GOTTLIEB: –these new variants won’t gain enough of a foothold to really create a resurgence or new epidemics in most cities. It’s going to be a problem probably for the fall. But in parts of the country where it might already be 1 or 2% of infections, and that may be parts of Florida and San Diego, they do face the risk of outbreaks with these new variants because it’s reached a threshold where it may grow quickly enough that our vaccines and our warming weather won’t be enough of a backstop to keep these at bay. So, I think in most parts of the country, we hopefully still will catch a break and that the spring–

DR. GOTTLIEB: –and summer will be relatively quiet with- with coronavirus and the risk will be to the fall. But in certain parts of the country, we could certainly face regionalized epidemics because of these new variants.

MARGARET BRENNAN: You’re a board mem- member at Pfizer, as we mentioned. When it comes to getting those vaccine doses out there, I want to ask you about this new reporting from The Times that says Pfizer will now be delivering fewer vaccine vials to the US government because they want a sixth dose that was discovered in December to be included in those vials to now count towards their commitment of 200 million doses by July. So, Pfizer gets paid by the dose. The suggestion here seems to be that Pfizer is somehow ripping off taxpayers. What is going on?

DR. GOTTLIEB: Right. So the company knew in the summer that there were six doses in these vials, but in order to file as a vial that contains six doses, they needed to do studies to demonstrate that that sixth dose could be reliably pulled out of the vial. So, to get this filing done quickly, they filed as a five dose vial with the expectation they would come back and change that labeling. And it’s important to have the labeling reflect that because you want to make sure those doses are consistently used, and you want to provide proper syringes to doctors to consistently extract that dose. Every dose is so valuable in this case as we know. The company’s made the change in the European Union and Switzerland, in the UK with the WHO. Now they’ve made that change with the FDA. So going forward, when they ship vials, the vials will be- will be counted as six dose vials. It won’t- it won’t occur retrospectively. So, the vials that have been shipped in the past will count as five dose vials. The reality is that the company is going to be able to provide 120 million doses in the first quarter, an increase over the 100 million. Now, some of that, about ⅔  of that increase, the additional 20 million is going to be because of this new accounting, because the vials that they’re now shipping, they’re going to count as six dose vials, not five dose those vials. About ⅓  is actually new manufactured material. So it is- it is the case that this change is going to be put in place going forward, that they’re now going to expect providers to be able to extract that sixth dose and they’re, in fact, providing the proper syringes to do that.

MARGARET BRENNAN: So, the sixth dose won’t be free? It’ll now be paid for by taxpayers is the bottom line. On- I want to–

DR. GOTTLEIB: That’s right. I mean, that is right.

DR. GOTTLIEB: So- so people who are able to extract that sixth dose before this change was made were effectively getting it for free. Now it’s going to be counted and it’s going to be charged for. But what I will say is that, you know, there’s- these are so precious that if the company were shipping vials as five, those vials to Japan or Canada or other countries out of that U.S. manufacturing facility, I think this article could be written the exact opposite way, which is why aren’t we making sure that every dose is accounted for and trying to get as many doses to U.S. consumers as possible, which is obviously a goal as well. So, I think that we need consistent accounting across the world. I understand what you’re saying,–

DR. GOTTLIEB: –but I think it’s important that we make sure that we know what’s in the vials and what’s being used and make sure it’s consistently used.

MARGARET BRENNAN: And last question, we spoke extensively to Dr. Birx, as you heard, and she de- detailed a lot of failures, some of it personality driven by the president and his leadership, but some of it deep systematic failures within the U.S. government. What’s going to be done? Do you think the Biden administration can fix this? Does there need to be a bigger- a bigger project launched by Congress?

DR. GOTTLIEB: Well, I think there will be a bigger project launched. I think we’re going to see, you know, commissions set up to study what went wrong and a lot of things went wrong. There were a lot of systematic failures here and a lot of the- the resiliency that we thought we had, we didn’t have. And a lot of the things that we’re going to need going forward, we’re going to have to build like some domestic manufacturing capacity for things like vaccines and therapeutics that could be used like a domestic capacity to surge diagnostic testing in the event of a crisis. I think it’s a little early right now for Congress to contemplate this. We’re still in the middle of the crisis. I mean, we’re fixing things as we go. But I think after we get through this wave of the pandemic, maybe as we get into the spring this summer, I would expect Congress to start contemplating legislation and setting up commissions to study what went right and- and

more likely, what went wrong here and how we’re going to fix it.

MARGARET BRENNAN: Dr. Gottlieb, thank you very much, as always, for your analysis. 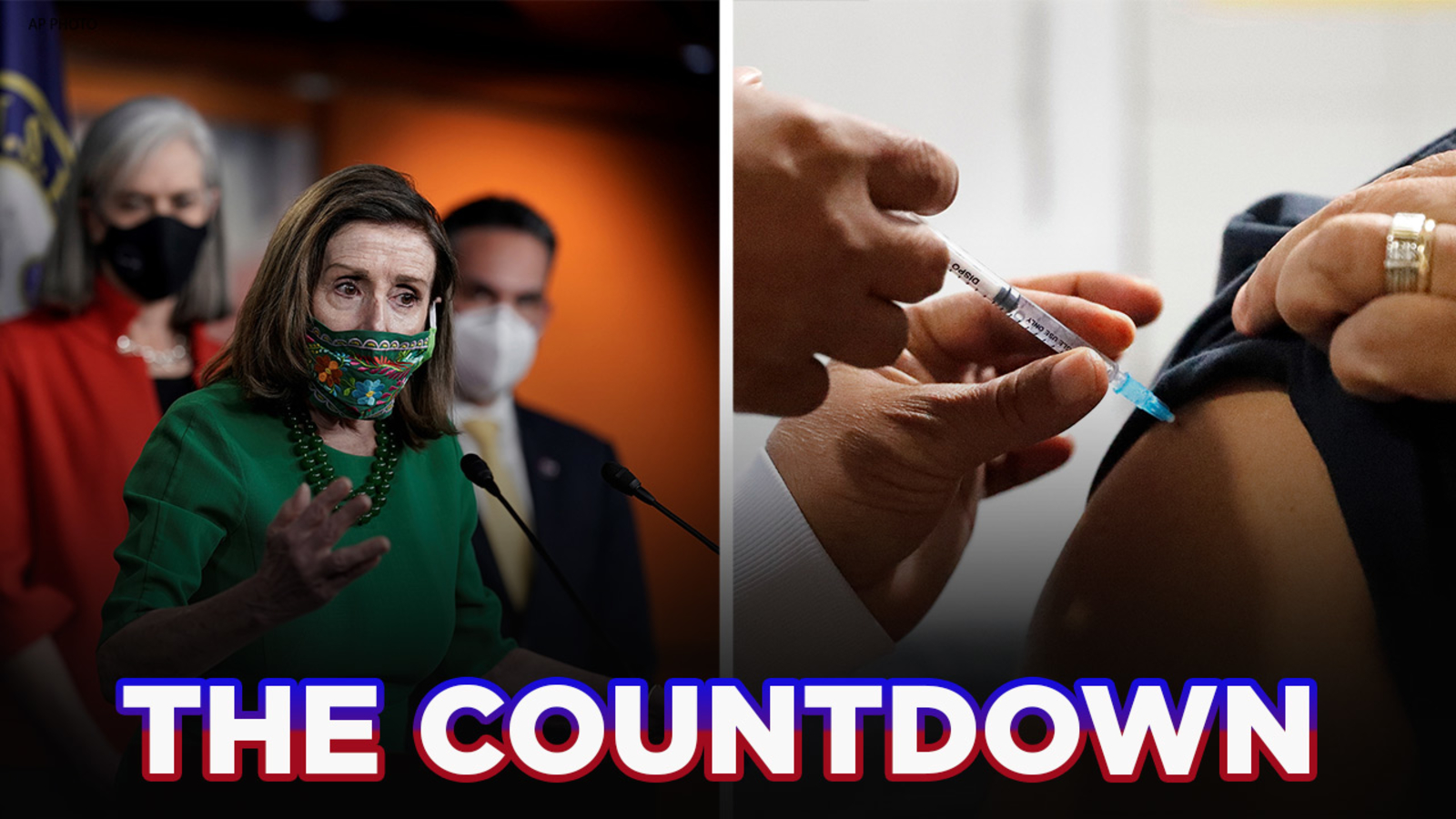 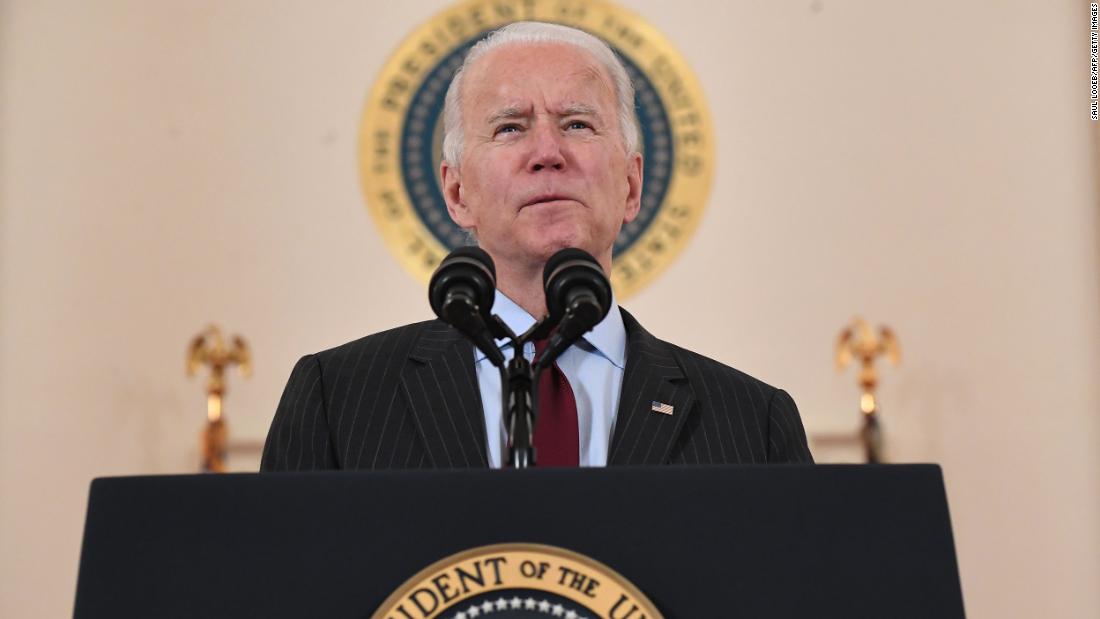 Biden promises to help winter storm-battered Texas recover: ‘We’re in it for the long haul’
2 mins ago

Biden promises to help winter storm-battered Texas recover: ‘We’re in it for the long haul’

45 Celebrities Whose Style Has Completely Transformed Since the ’90s