Paul Offit, director of the Vaccine Education Center at the Children’s Hospital of Philadelphia, does not mince words when describing the scientific legacy of the Covid-19 vaccines: The mRNA shots, he said, are “the greatest scientific achievement in my lifetime.”

Yet as the weather starts to turn cold and as officials push for more people to get their new booster shot before an expected winter coronavirus surge, public health leaders are battling skepticism and apathy toward the vaccines. Worse, experts fear the politicized backlash to the Covid-19 vaccines is already fostering skepticism about routine vaccinations generally, from childhood immunizations to flu shots.

Across the country, Republican lawmakers have drafted a pile of anti-vaccine mandate bills this year, chipping away at a foundational health practice for the last half-century. More than 80 anti-vaccine bills have been introduced in state legislatures, according to academics tracking the phenomenon, dwarfing the number of countervailing pro-vaccine bills. Public health experts are preparing for an all-out war on school mandates and other vaccine measures in states like Texas.

Childhood vaccination rates fell during the 2020-21 school year, the equivalent of 35,000 kids not being up to date on their shots. Although that might be an effect of missed checkups during the worst of the pandemic, there are other signs that faith in vaccines might be falling: Fewer Americans said this year and last year that they will get the flu shot compared to the few years before, according to a new poll from the National Foundation for Infectious Diseases. The fear among experts is that these drops are not a pandemic-driven blip but an accelerating trend, following a decades-long drift in trust in childhood vaccines; we should get updated numbers early next year.

This Covid-19 booster is likely the last time the government will offer a free shot to all Americans. We are moving away from a pandemic footing and into an age when reformulated Covid boosters are part of the routine vaccination schedule. That should be a cause for celebration: They are miracles of scientific ingenuity, delivered faster and proving more effective than most experts believed possible at the start of the pandemic. They have helped avert tens of millions of deaths worldwide, by some estimates.

And yet many Americans don’t trust them. If anything, the controversies around the vaccines — driven by a mix of political opportunism, polarization, and misinformation — may ultimately undermine faith in vaccines broadly among certain pockets of the population for years to come.

“Information gets you so far, but only so far. It’s not a knowledge deficit but a trust deficit,” Offit said. “It’s a level of denialism that’s hard to grasp.”

It’s befuddling in part because the life-and-death stakes should already be clear. A new study from a group of Yale University scholars found that Republicans experienced a meaningfully higher death rate from Covid-19 than Democrats — and the difference was almost entirely concentrated in the period after the vaccine became available.

These effects will continue to be felt this winter and beyond. According to new survey data from the Pew Research Center, just 4 percent of Americans say they have gotten the updated bivalent booster shot targeted to the omicron variant of Covid-19. Combined with those who say they will “probably” get another booster dose (44 percent), less than half of Americans are expecting to stay current with their Covid vaccinations, despite the urging of public health officials.

New projections from the Commonwealth Fund estimated that, if vaccination rates were to remain unchanged in the next few months, the US will be averaging about 1,200 deaths from Covid-19 every day by March, three times the number of daily deaths being reported right now.

If, on the other hand, 80 percent of eligible Americans were to receive the latest boosters, as many as 90,000 lives could be saved over that period.

Experts are also bracing for a severe flu season, in part because of the lagging vaccination rates, which are usually below 50 percent annually.

But what is clear by now is projections like these, or all the pleading of public health leaders, cannot overcome the rampant anti-vaccine skepticism that has taken hold in the US, particularly on the right. As Dorit Reiss, a UC Hastings law professor who is tracking anti-vaccine legislation in the states, put it to me, the pandemic “turbocharged things that were already happening.”

“We’ve seen increasing politicization of vaccine mandates before the pandemic,” she said. “But not to the degree we’re seeing now.”

And with the anti-vaccine movement growing stronger, experts expect its adherents to grow only more ambitious, targeting the school vaccine mandates that have been critical up to now in eradicating diseases like measles, mumps, and polio.

“Eventually, Covid will start to dissipate. But it’s not like this whole ecosystem that was put in place is going to fold up the tent and go home,” said Peter Hotez, co-director of Texas Children’s Hospital Center for Vaccine Development and dean of the National School of Tropical Medicine at Baylor College of Medicine. “They have their sights set on childhood vaccinations.”

Why Covid-19 denialism could spread to other vaccines

Vaccine skepticism remains a minority position in the US. Nearly 70 percent of eligible Americans have been fully vaccinated against Covid-19. More than 8 in 10 continue to say that getting childhood vaccinations is important. But that consensus is not quite as strong as it once was.

In 2001, according to Gallup’s polling, 94 percent of Americans said it was “extremely” or “very” important for parents to get their children vaccinated. In 2019, that figure had dropped to 84 percent. Gallup hasn’t asked that survey question again in a while, but the Kaiser Family Foundation asked something similar in July. They found 89 percent of parents or guardians said they kept their children up to date on vaccines. But 1 in 10 said they had skipped some or all of the scheduled vaccines for their kids.

People with doubts are often finding support from their political representatives. Both Hotez and Offit said that anti-vaccine sentiments have gained more of a foothold on the right in recent years. Once upon a time, vaccine hesitancy did not have a clear political bent: Some people on the left were doubtful of vaccines for what Offit called “purity” reasons (they don’t want to put “unnatural” products in their body) and some people on the right were making arguments based on liberty and freedom.

But over the last decade, Hotez said, an alliance between anti-vaccine activists and right-wing political groups has driven much more skepticism among Republican voters. In Gallup’s 2019 poll, the share of Republicans who said getting childhood vaccinations was important had plummeted to 79 percent, from 93 percent in 2001. The drop among Democrats, meanwhile, was much more modest, from 97 percent in 2001 to 92 percent in 2019, and even prior pockets of left-wing vaccine skepticism have become more supportive of vaccines during the pandemic.

That alliance was born as the anti-vaccine movement began to deemphasize debunked links to autism and instead embraced the concept of medical freedom — a message, especially in the wake of the Tea Party and the Obamacare debate, that appealed to conservative activists and their voters. Politico’s Arthur Allen wrote in 2019 that “that libertarian demand for medical freedom has displaced the traditional GOP view that it’s a civic responsibility to immunize your kids to prevent the spread of disease” for a growing number of Republican officials and their supporters.

Then Covid-19 happened. First, the Trump administration and many of its political allies downplayed the threat of the virus and then, even after their own program helped develop lifesaving vaccines in record time, largely framed the question of whether to get this shot that could help end the pandemic as a matter of personal choice.

“The Trump administration made [the pandemic] a partisan issue. I think we’re paying the price for that,” Reiss said. “It was a missed opportunity because, pandemic failures aside, the vaccines were a bipartisan effort. One administration started them and another distributed them. It could have been a come-together moment.”

It’s not very hard to imagine an alternate universe where the successful development and deployment of Covid-19 vaccines engendered renewed faith in vaccines generally. Instead, the campaign against all vaccinations seems to be gaining steam.

Hotez said that, in Texas, he is anticipating a “full-throttle assault against childhood vaccination requirements in schools” during the upcoming legislative session. According to Reiss’s review of the public health legislation database at the National Conference of State Legislatures, at least 88 bills have been introduced in state legislatures in 2022 that would roll back school vaccine requirements or eliminate the right of a minor to make their own decisions about getting vaccinated. She counted just 10 pro-vaccine bills. And nearly half of the anti-vaccine bills extended beyond the Covid-19 shots, she said, to block schools from requiring other kinds of vaccinations as well.

“Even if they don’t pass, legislators think this is an area they should focus on and there is political capital to be gained,” Reiss said. “There’s a real risk that, in some places, attitudes toward vaccines will be harmed in the long term.”

School mandates do drive up vaccination rates; the science on that is clear. And the occasional measles outbreak in areas with low local vaccination rates has shown how quickly these diseases can recover and spread when given the opportunity.

Yet the US seems to be coming out of the pandemic not only lagging in seasonal Covid-19 and flu shots but also with many politicians eager to roll back the measures that had once made routine vaccinations the rare issue to have more than 90 percent approval from the American public.

“Do that,” Offit warned, “and we will take a giant step backward in controlling these diseases.” 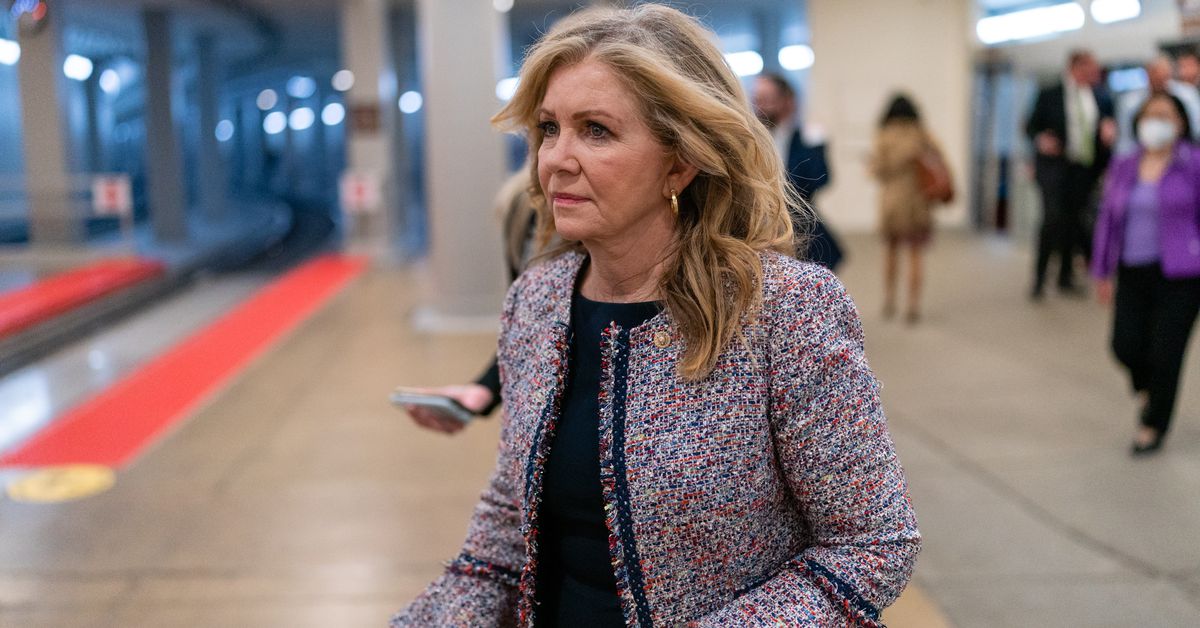