SEOUL — When North Korea’s leader, Kim Jong-un, acknowledged an outbreak of Covid-19 last week, he ordered his government to learn from ​China’s “success” fighting the virus​.​ ​What he did not say is that an attempt to follow China’s pandemic response could send his impoverished country toward catastrophe.

China has used strict lockdowns, mass testing and vaccinations to keep cases low throughout the pandemic. North Korea — which by its own admission is experiencing an explosive outbreak of the virus — lacks the basic therapeutics and food supplies that China has mobilized to enforce the extreme restrictions seen in cities like Wuhan, Xi’an and Shanghai.

Now, public health experts are warning that Mr. Kim’s desire to follow the Chinese model will only worsen the impact of a fast spreading disaster. Already the ​number of new suspected patients in North Korea has soared from 18,000 last Thursday to hundreds of thousands a day this week, though it is impossible to know the true scale of the outbreak.

North Korea called itself Covid-free for two years until it confirmed an outbreak for the first time last Thursday. Most people are unvaccinated, and the country is so isolated that when an estimated two million people died during a famine in the mid-1990s, the outside world didn’t know about it until the bodies of famished North Koreans started washing up along the shallow river that borders China.

Without enough testing kits​ to accurately measure the ​size of the ​outbreak, North Korea has relied on the number of “people found with fevers,” not the number who have tested positive for the virus. It has reported 62 deaths out of nearly 1.7 million suspected patients. On Wednesday, state media claimed a million people had already recovered from fever, though experts doubt the numbers being reported by North Korea are reliable.

“I don’t think North Korea is honest with the number of deaths,” said Jacob Lee, a specialist in infectious diseases at Hallym University Medical Center in South Korea.​ “It is likely playing that number down to help control its people​.”

North Korea cannot feed its own people in the best of times. Its state rations system collapsed during the famine in the 1990s and never recovered​, leaving people fending for themselves. If North Koreans were placed under the kind of extreme lockdowns seen in China, outside health experts say, the government would be unable to provide basic needs.

“For North Koreans, ​that would mean the country going back to the ration system,” Dr. Lee said. “I doubt it will work. Even China had difficulties ​with logistics and supplies of food for people in lockdown cities.”

North Korea appears to be following a strategy similar to China’s, but with variations. It has ordered all cities and counties to lock down, yet urged them to continue to “organize work and production.” Although traffic was banned between cities and counties, people are still allowed to move around within their districts and report for work at farms and factories, according to Asia Press, a Japan-based website that reports on North Korea with the help of informants inside the country.

There was also an extensive campaign to check temperatures at factories and residential compounds, and people have been allowed to go to informal markets for food and other necessities, according to Asia Press.

Shutting down the informal markets could be devastating because most North Koreans rely on them to supplement their meager government rations. “I don’t think the regime would go so far as to shut down the markets completely,” said Lee Tae-kyung, who worked as a physician in North Korea until he fled the country in 2006 as part of a stream of refugees. “When it tried to in the past, people pushed back, shouting at the police. It’s a matter of life or death.”

In contrast with Mr. Kim’s praise for China’s coronavirus policies, a growing number of health organizations and global leaders have criticized them as unsustainable. China’s borders remain closed and it has rarely allowed outside experts to visit since the pandemic began. Foreign investment is drying up, and some educated young people are leaving the country rather than live through another lockdown.

“Countries like South Korea could battle an Omicron outbreak with relatively low fatalities ​because they had solid public health systems, high vaccination rates​ and therapeutics, and because their people were relatively healthy and well-fed,” said Jung Jae-hun, a professor of preventive medicine at Gachon University in South Korea, referring to a variant of the virus. “North Korea has none of those.”

The origin of the North Korean outbreak is still unclear, but in recent weeks, ​Mr. Kim ​mobilized tens of thousands of people without masks for a large military parade in Pyongyang, the capital, to celebrate the country’s growing nuclear capabilities. He also mobilized students and workers to help plant rice in the countryside this month, an extremely important task in a nation that suffers chronic grain shortages.

North Korean officials first found infections in a group of college students who attended the military parade, including one who apparently got the virus from a relative who had recently visited China, said Daily NK, a Seoul-based website that reports on North Korea. North Korean state media reported that more fever cases had been found in Pyongyang, as well as in southern provinces where most of the rice​-planting took place.

When the outbreak was publicized last week, it quickly revealed that the secretive nation was desperately unprepared. North Korean officials said fever cases began spreading late last month. But as of Saturday, the country had confirmed only 168 Covid cases, according to Ryu Yong-chol, a disease-control official who appeared on state television on Monday.

“The medicines provided by the state have not been supplied to inhabitants through pharmacies correctly in time,” Mr. Kim admitted.

China’s isolationist approach in the pandemic may be what appeals most to Mr. Kim as he tries to respond to the crisis and maintain his godlike authority over his people. When Seoul tried to​ send an invitation to discuss pandemic-related aid this week, North Korea​ refused to accept it. It has also refused donations from Covax, the global vaccine program. The country has never officially explained why, but it has been reluctant to accept aid shipments that would require that observers be allowed into the country.

South Korean media reported on Tuesday that three North Korean cargo planes made a round trip to the northeastern Chinese city of Shenyang on Monday to pick up 150 tons of emergency aid. The Chinese Foreign Ministry declined to confirm the report.

Still, Mr. Lee, the physician who once worked in North Korea, doubts that the situation will improve soon. “What you consider bad is different from what the North Korean regime considers bad,” he said. “When millions died during the famine, the regime didn’t flinch.” 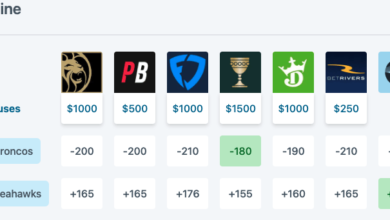