For months, Activision Blizzard (ATVI) has been under pressure to overhaul its workplace culture. A July lawsuit from a California government agency alleged the gaming behemoth had enabled a “frat boy” culture and claimed leadership and human resources personnel had turned a blind eye to complaints raised by female employees. At the time, the company criticized the lawsuit as “distorted.”
Now, in addition to acquiring the company behind such popular video games as Call of Duty and World of Warcraft, Microsoft (MSFT) could also inherit numerous workplace issues. Activision Blizzard employees have staged walkouts over what they see as its inadequate response to overhaul a toxic workplace and called for the resignation of the company’s CEO, Bobby Kotick. And they’ve already pledged to continue advocating for changes under new ownership.

Beyond that, there’s a group of employees at an Activision-owned studio pushing to unionize in a rare move for the industry. A union would be a first for the gaming company and for Microsoft’s US-based employees. The effort was largely spurred by what the workers claim was a lack of transparency surrounding recent layoffs in their division.

Some labor experts have also suggested the blockbuster deal could have a spillover effect by alienating some of Microsoft’s own employees.

“It says that the profit motive trumps those potential liabilities,” Y-Vonne Hutchinson, founder of inclusion consultancy firm ReadySet, told CNN Business. “It says, ‘We’re willing to bring on this company that has a ton of cultural problems — where there’s rape allegations, where there’s allegations of deeply entrenched gender discrimination, sexual harassment -— we’re willing to bring that into the fold having it be unresolved.'”
Hutchinson, who is the author of the forthcoming book “How to Talk to Your Boss About Race,” also called attention to the optics of Kotick potentially receiving a massive payout from the deal. Kotick now stands to make $390 million when the acquisition closes in Microsoft’s 2023 fiscal year. (Kotick is reportedly expected to stay in his role until the deal goes through, and then step down.)

“That can be a discouraging message and one that doesn’t feel rooted in values of inclusion,” Hutchinson added.

Microsoft CEO Satya Nadella said culture is his “number one priority” as he stressed the importance of righting Activision Blizzard’s workplace during a conference call last week discussing the acquisition. Microsoft is “supportive” of the work Activision Blizzard is doing, Nadella said, while also noting that once the deal is closed, Microsoft will have “significant work to do in order to continue to build a culture where everyone can do their best work.”

“The success of this acquisition will depend on it,” added Nadella.

Can Microsoft fix Activision’s culture and preserve its own?

Before the deal was announced, Activision Blizzard had already been criticized for what workers and shareholders called an insufficient response to the issues surfaced in recent months.

Dieter Waizenegger, executive director of Strategic Organizing Center Investment Group, an activist shareholder in Activision Blizzard, joined workers in pressuring Kotick to resign along with some long standing board members who are up for renewal. Waizenegger said Kotick’s removal is now “less pressing,” but ensuring “a truly independent board that can oversee management” is incredibly important. (Activision Blizzard announced in November a “workplace responsibility committee,” comprised of two independent directors, to oversee its progress on workplace culture improvements.)

He said the company has thus far seemed “to be very reluctant to even disclose its current efforts.” He added: “The longer you let these problems fester, the more difficult it will be for Microsoft to fix them.”

In a statement for this article, Activision Blizzard spokesperson Jessica Taylor said the company’s “top priority” is “creating a workplace culture where everyone feels supported, safe, and welcome with the goal of becoming an industry leader in workplace excellence.”

“Over the last several months, we’ve announced a number of impactful measures and commitments, but we know our work is far from done,” the statement said.

Since the July lawsuit, Activision Blizzard has announced changes such as leadership shakeups, including the departures of its president and its head of human resources, adopted a “zero-tolerance harassment policy,” expanded its employee relations and compliance teams, as well as said it will “waive” arbitration requirement for employees who wish to bring sexual harassment or discrimination claims in the future. It has agreed to pay out $18 million to settle a lawsuit with the US Equal Employment Opportunity Commission over sexual harassment and discrimination allegations, as well as promised a slew of updates it says are intended to “rebuild” employee trust.

Waizenegger noted that the hope is for Microsoft to “nudge it along” further. At the very least, he said, Microsoft should take some of the same measures it used to review its culture and policies after allegations of inappropriate workplace behavior by founder and former CEO Bill Gates recently surfaced from the 2000s. (CNN has not independently confirmed all of the allegations.)

Earlier this month, Microsoft’s board said it had hired an outside law firm to conduct the review in response to an advisory shareholder resolution and that it planned to make the findings public. Activision Blizzard’s leadership has said it hired WilmerHale, a corporate defense law firm, to conduct an investigation. Waizenegger said it is insufficient to “get to the root” of its issues.

Microsoft Gaming CEO Phil Spencer acknowledged the challenges when the acquisition was announced, stressing the importance of “treating every person with dignity and respect. … We’re looking forward to extending our culture of proactive inclusion to the great teams across Activision Blizzard.”

Exactly how it plans to do so, however, is less clear. Microsoft declined to comment.

Hutchinson noted that Microsoft has to be especially careful in how it treats Activision Blizzard. Hutchinson said Activision Blizzard is likely to become a “marquee division within Microsoft” due to the popularity of its products but the first priority should be solving its cultural issues. Otherwise, she noted, Microsoft runs the risk of “doubling down financially and strategically on a problematic division.”

By bringing on Activision, Microsoft could also open the door to harsher scrutiny of its own culture, following the wave of headlines about the Gates’ allegations last year, and to renewed antitrust scrutiny after years of largely staying out of the spotlight. Moreover, Microsoft may have to contend with a different level of worker activism than it’s accustomed to — and which may only continue to grow in the months ahead.

The group of workers at Activision Blizzard-owned studio Raven who are planning to unionize expressed dismay Tuesday that the gaming company didn’t voluntarily recognize their union when given the opportunity. (Activision Blizzard spokesperson Jessica Taylor said in a statement that it “carefully reviewed and considered” the union request but the “the parties could not reach an agreement.”) The workers will instead file a petition with the National Labor Relations Board to hold an election.

In one interview after the acquisition was announced, Microsoft’s Spencer acknowledged he doesn’t “have a lot of personal experience with unions.” After a Twitter user pointed out this comment last week, an account representing an Activision worker group responded that it would “love to” acquaint him.

Correction: A previous version of this story mischaracterized law firm WilmerHale, which offers a variety of services to corporations. It was hired by Activision Blizzard to conduct a review of its workplace policies and procedures.

To contact this reporter with tips, send an email to [email protected] Ric Flair Confident Ahead Of In-Ring Return: It’s Something I Want To Do
5 seconds ago 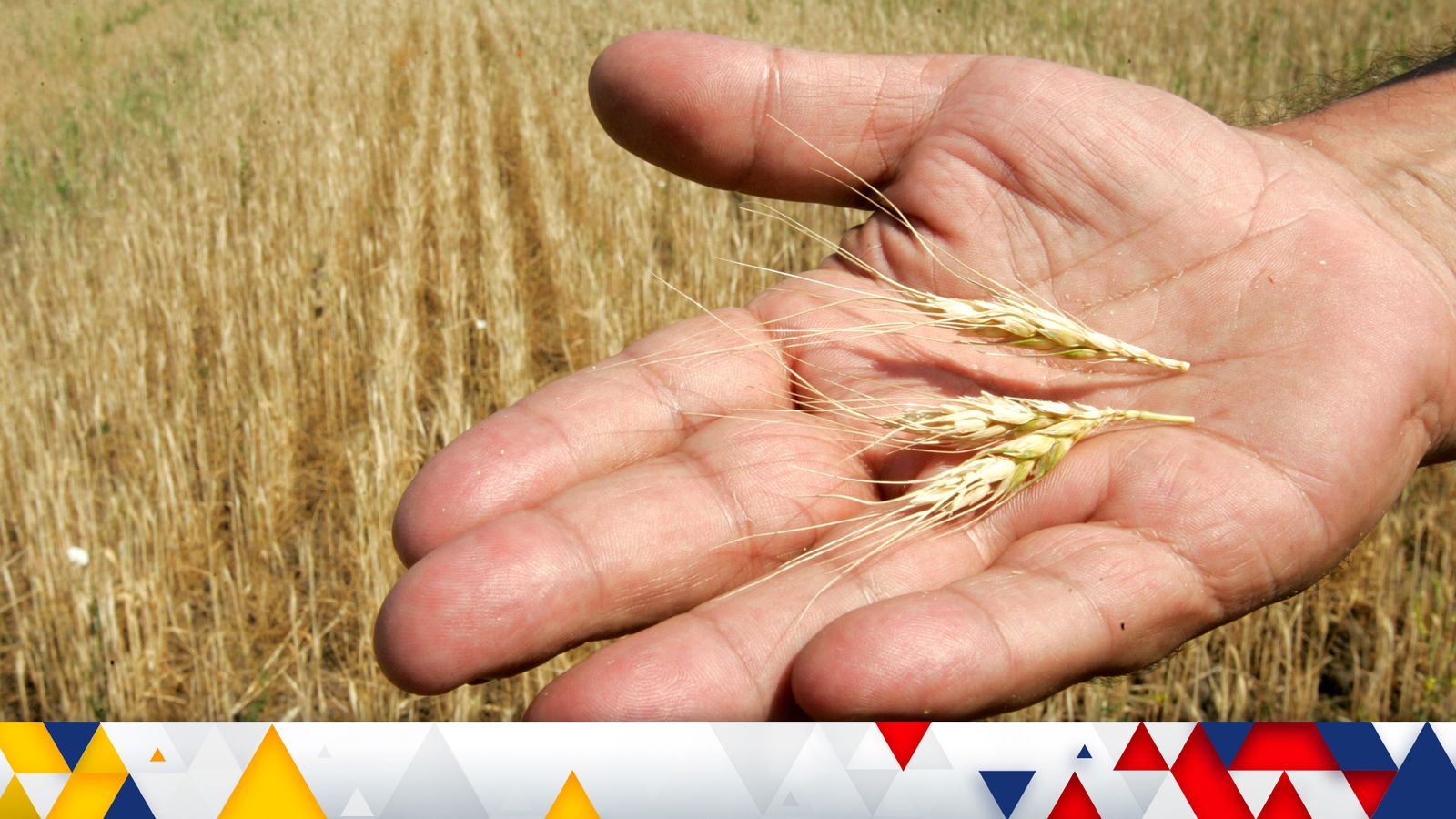 Ukraine war: Why is Putin’s invasion causing a worldwide food crisis and can anything be done?
3 mins ago 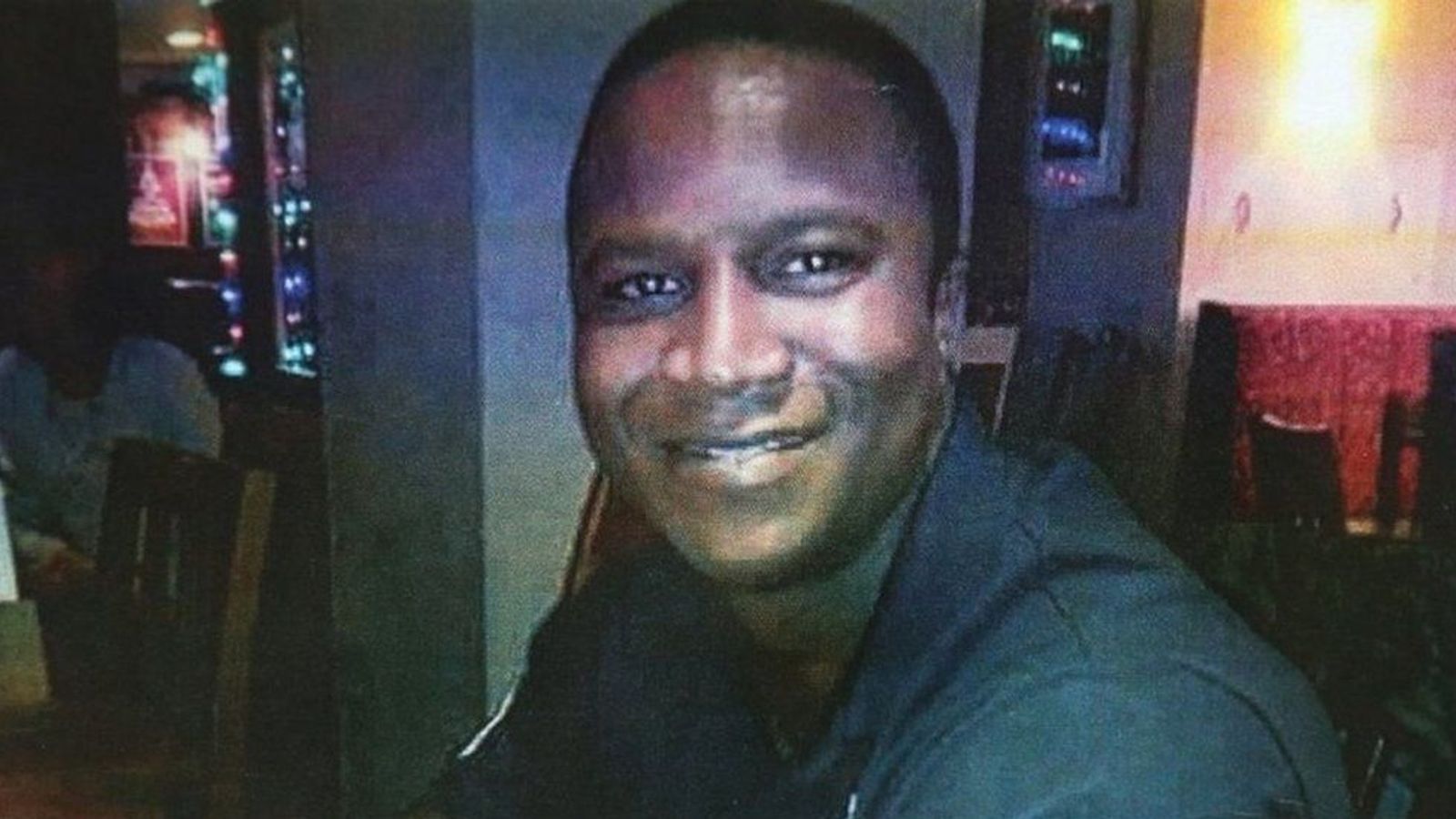 Sheku Bayoh: Man who died in police custody seemed ‘in a rage or zombie state’, officer says
4 mins ago 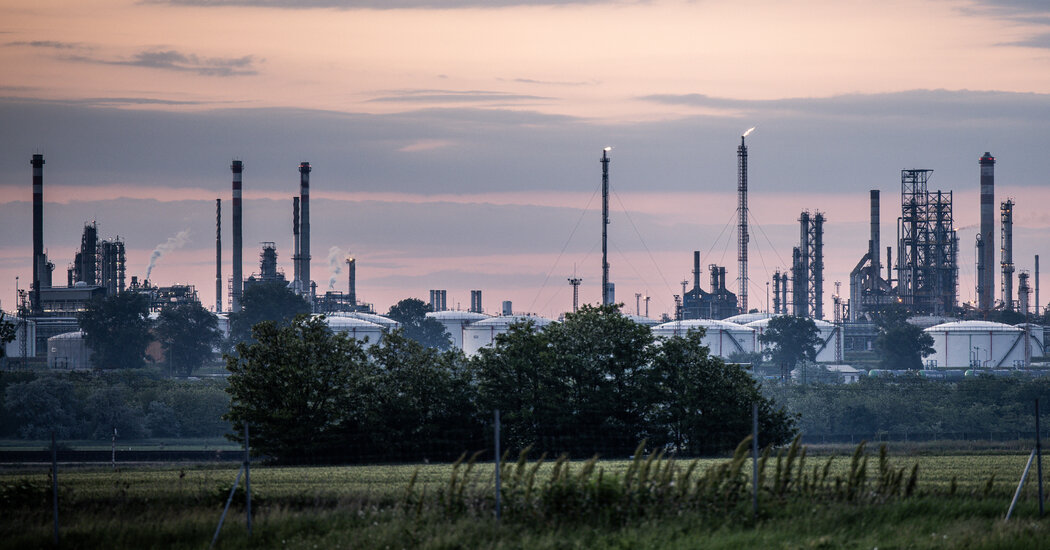 Hooked on Cheap Oil, Hungary Resists an Embargo on Russia
5 mins ago 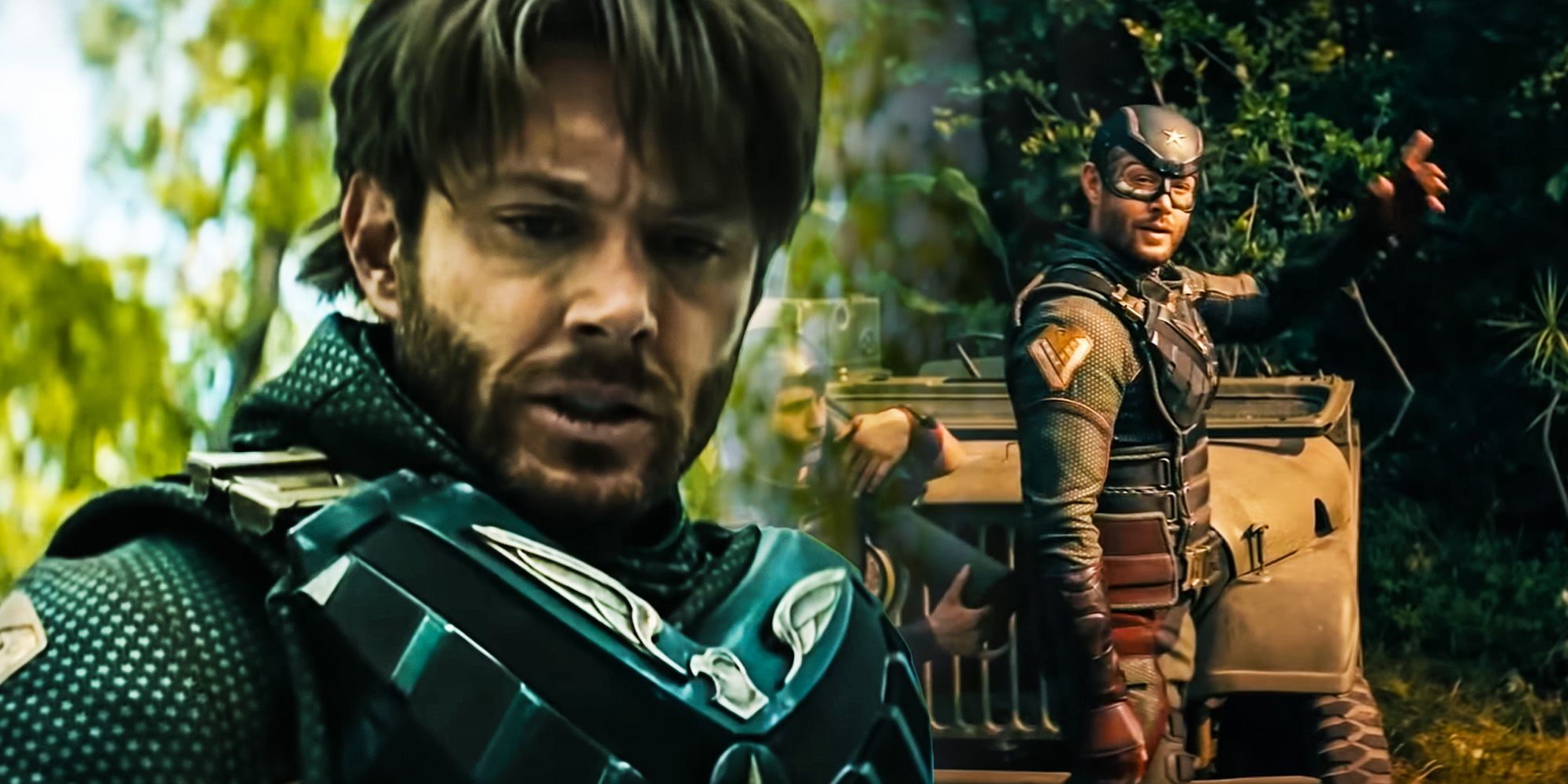 The Boys Season 3: Who Is Soldier Boy? Powers & Origin Explained
7 mins ago